There's Something Mysterious Hidden Inside the Moon - Nerdist

There’s Something Mysterious Hidden Inside the Moon

“There’s something hidden deep inside the moon and no one’s exactly sure what it is” sounds like the premise for about a thousand movies—99 percent of which end up with the Earth under attack by an alien force. Fortunately, sci-fi is just that—fiction—and actual scientists think they know what the mysterious object inside the moon is. The question is: how did it end up there?

On the far side of the Moon at the South Pole‐Aitken basin, there lives a giant crater. At its widest point, it is 2,000 km (almost 1250 miles). This massive basin likely resulted from an ancient collision. What has scientists intrigued is what lies underneath it. There’s a very strange, unexplained mass that, according to a paper in Geophysical Research Letters (via Gizmodo) measures more than 300 kilometers deep and has “a minimum mass of 2.18 × 10 kg.” How heavy is that? That’s 2.18 quintillion kilograms, which is about 4.8 quintillion pounds. 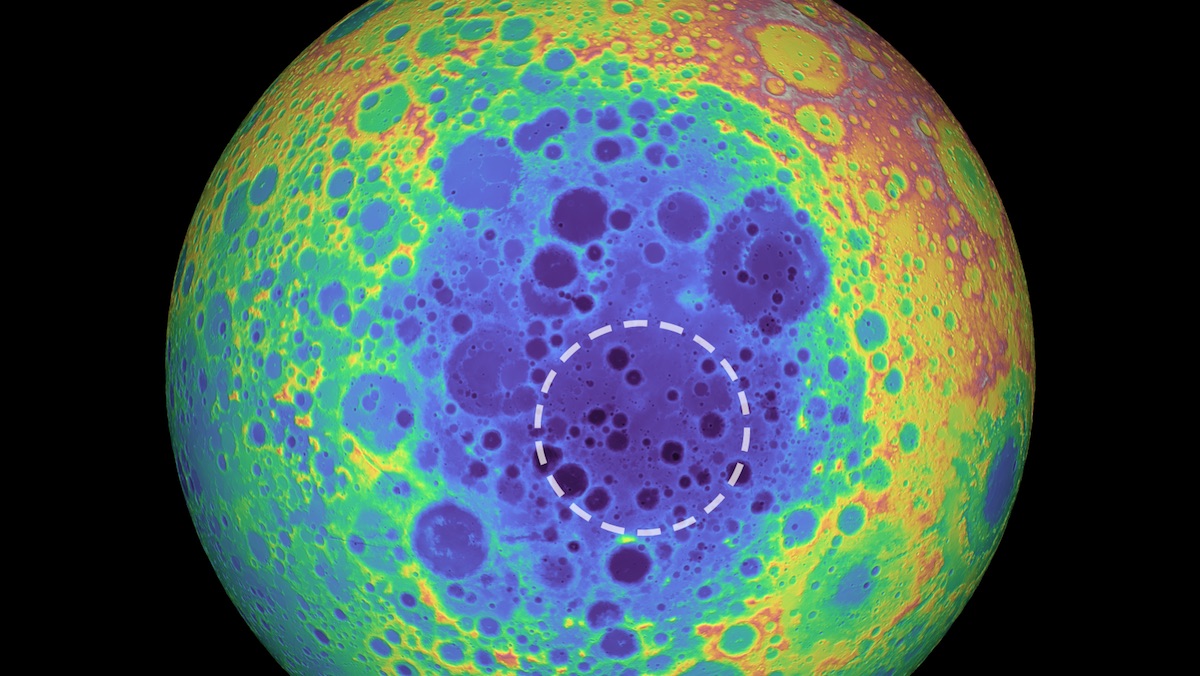 Scientists believe this mysterious mass is likely a leftover from whatever object crashed into the moon to create the basin in the first place. What is unclear is how the mass became embedded so deep in the moon. Two ideas have been presented. The first is that an unknown (as of yet) process caused some materials from the impactor to collect underneath the basin as the moon’s mantle cooled after the collision. The other is that a massive metal core embedded itself.

No matter how it ended up there, the mysterious mass offers researchers an opportunity to study the moon’s history, as the unexplained object broke through the old lunar crust, but is now covered by a 16 km crust. It will also give scientists the opportunity to study crater impacts.

And, of course, there’s always a chance it’s an ancient alien spaceship waiting to be freed from its prison so it can conquer Earth. What? We’ve seen a lot of sci-fi movies that start out just like this.