Stranger Things plays with a lot of genre tropes and pulls references from all sorts of ‘80s ephemera. Obviously; that’s like their whole bag. And the show has always had very specific sci-fi and horror movie references each season. The first year featured nods to E.T., The Goonies, Firestarter, etc; Season two saw allusions to Aliens, Ghostbusters, and Gremlins. With Stranger Things 3, the Duffer Brothers and company have embraced a breed of horror for which the ‘80s became synonymous: Body Horror.

Body Horror as a subgenre preys upon the fear of decay of the flesh, of loss of bodily control in grotesque and putrescent ways. It also utilizes a fear of flesh being torn asunder, like in particularly gruesome zombie movies. Pretty much, if it’s gross, it’s a kind of body horror.

Here are the major Body Horror movie touchstones of Stranger Things 3. Beware SPOILERS from here on in. 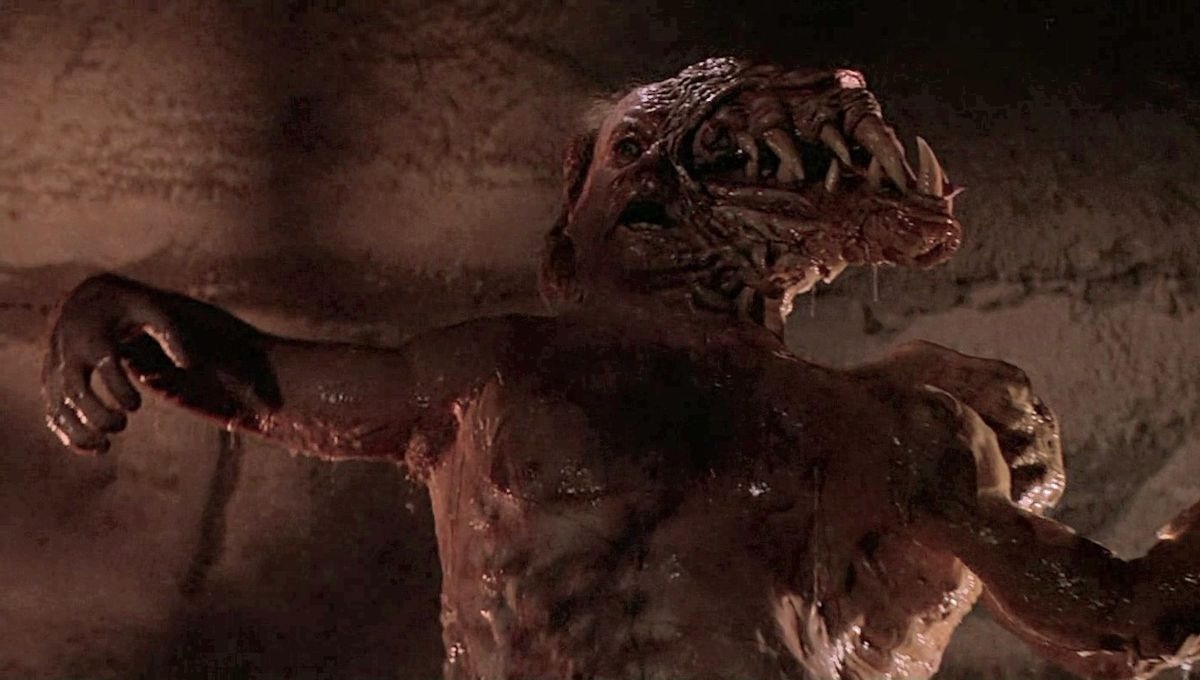 Since the very beginning, Stranger Things has referenced John Carpenter’s paranoid effects chiller. It’s a favorite movie of the kids in Hawkins, IN, even though it was definitely not a hit when it came out. But in season three, the references become full-on visual homage. After the Mind Flayer begins turning its human hosts into goo, the goo itself coagulates into a single monster, starting first as a grotty amalgam of Nancy and Jonathan’s bosses and then finally as a massive, fleshy beast.

In The Thing, every single cell of the alien creature is itself a whole. That’s why, during the infamous blood sample scene, the Thing’s blood reacts violently to heat. In Stranger Things, each individual bit of goop can attack and act on its own. The newspaper-guys-monster Nancy and Jonathan fight in the hospital also bears a striking resemblance to the Blair Thing, the final form of Wilford Brimley’s alien in The Thing. 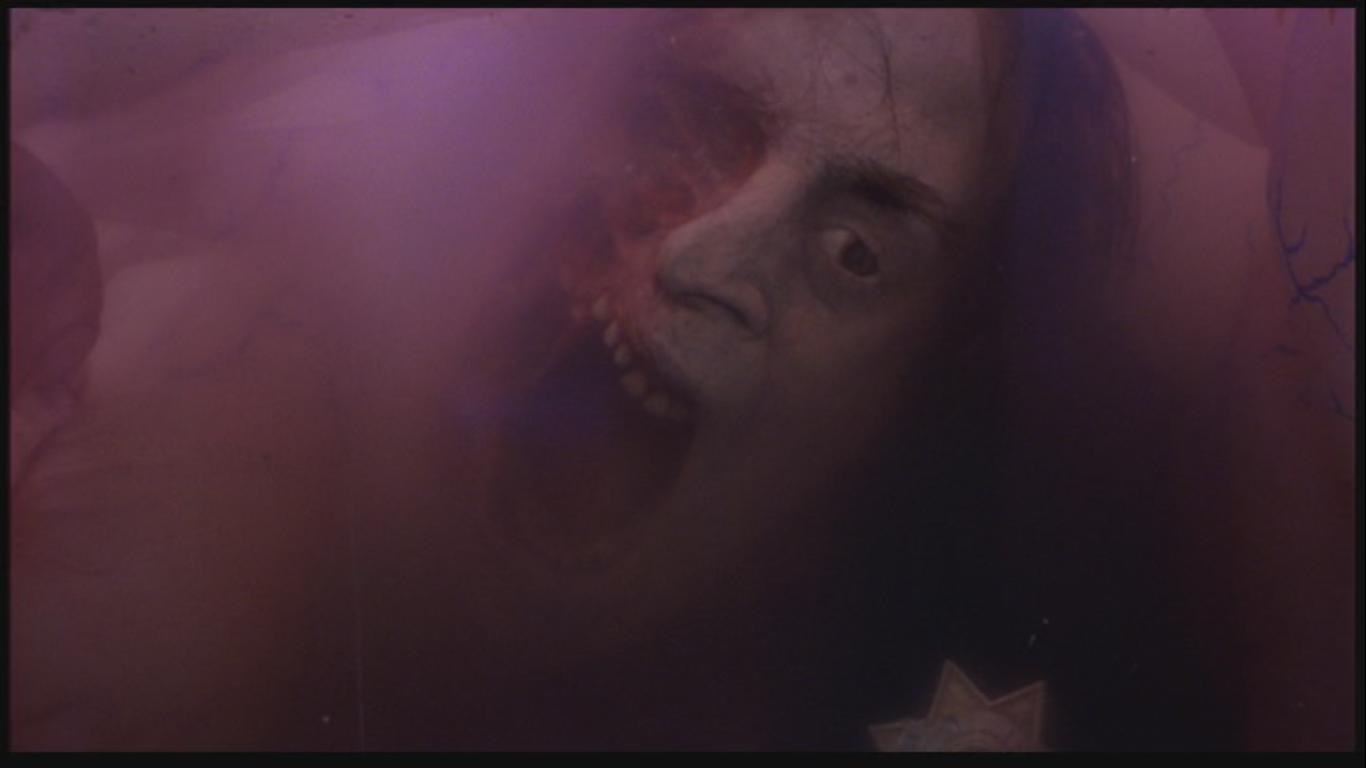 So, obviously this movie hasn’t come out yet within the fictional timeline of Stranger Things, but the show uses some of its iconography in season three. Like The Thing, The Blob is a remake of a ’50s sci-fi movie that ups the goopy gore for an ’80s audience. Instead of just a pile of jelly as in the original, Chuck Russell’s remake shows us how painful it must be for a person to be engulfed and dissolved. You can see right into it and it does not look pleasant.

In The Blob, the titular extraterrestrial mass marauds through a small town, absorbing everyone and everything in its path. The fleshy Mind Flayer also does this in Stranger Things 3. It slowly picks people off, one by one, growing in both size and power the more people it kills. The scene toward the end of the season, where each human host bursts open and joins the collective, feels incredibly Blob-like. Not to mention the original Blob, with its red, all-consuming threat, directly referenced the “Red Scare” of Communism rampant in the 1950s. The human villains in Stranger Things 3 are Russians. Soooooo… 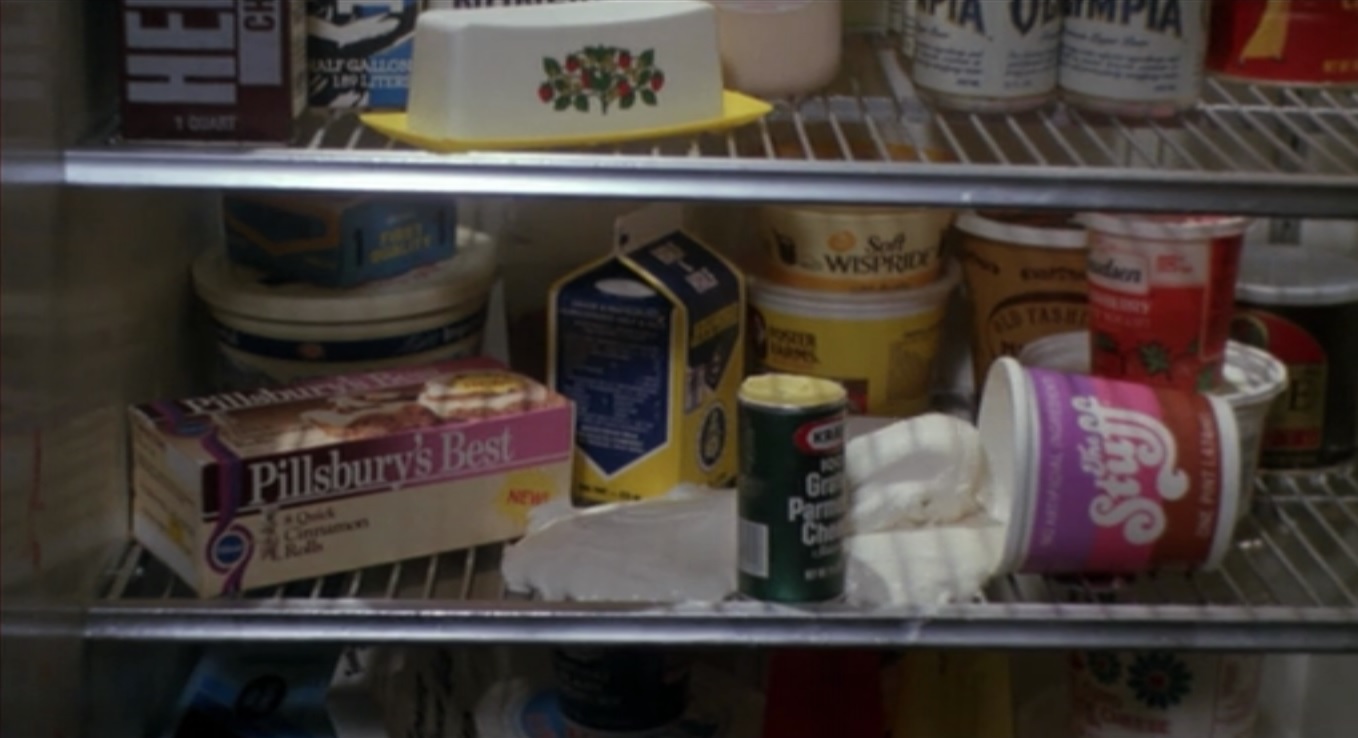 This Larry Cohen satire gets a namecheck on the marquee of Starcourt Mall’s movie theater. It’s also a very pointed critique of consumerism in the ’80s. Some guy finds white, viscous material bubbling from underneath the ground. He then tastes it (because of course) and discovers it’s delicious. So he decides to package it and sell it as a dessert. Humanity starts to crave it, forsaking pretty much all else in their lives. Only trouble is, once people eat enough of the Stuff, their bodies melt and they turn into piles of sludge.

Like The Blob, The Stuff‘s warning of mindless, formless threats is right at the heart of Stranger Things 3. And the fact that the season takes place largely in and around a big shopping center is part of the ’80s shopper allegory. It also seems like everyone’s obsessed with the ice cream shop where Steve and Robin work. But that’s just because it’s got good ice cream. 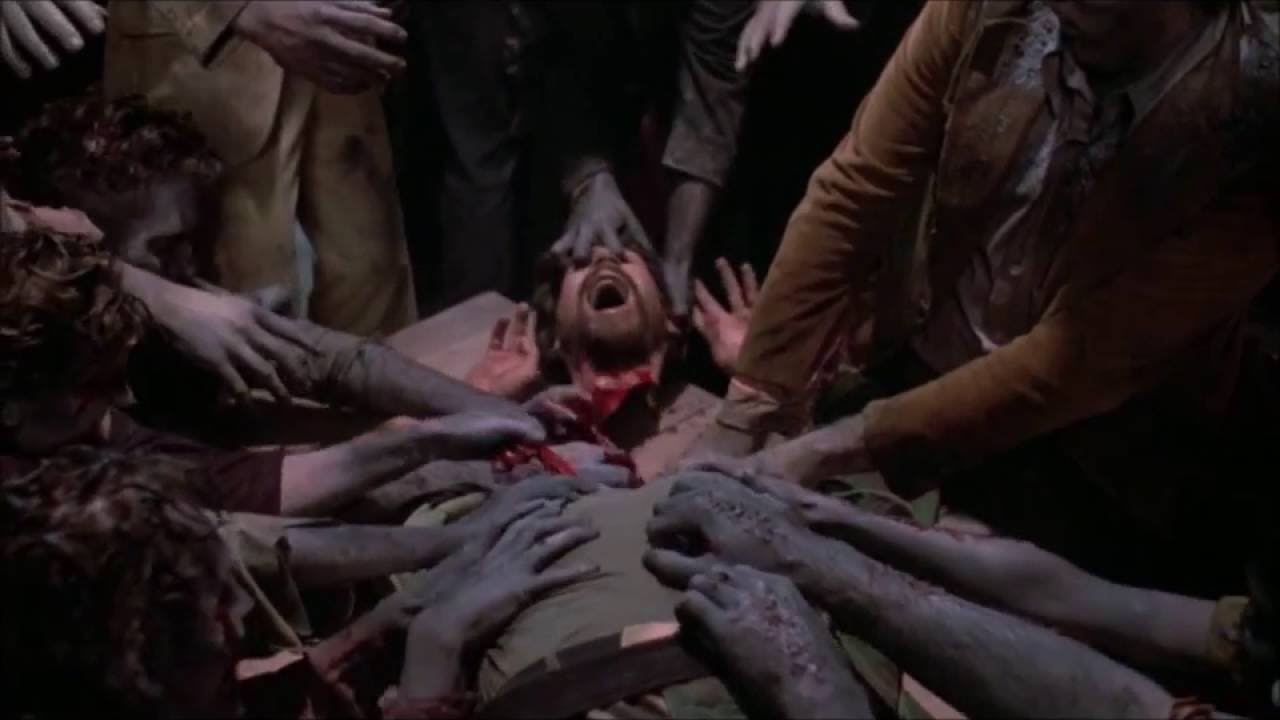 This one’s a little more obvious given that the kids actually go watch this movie–even though they technically could not have, given the release history of Day of the Dead. But George Romero’s ’80s entry into his zombie saga is another great example of body horror. One of the hallmarks of his movies is its realistic and horrifying gore effects, courtesy of Tom Savini. Not only are we afraid of our own flesh decaying before our very eyes, but we’re afraid of someone or something tearing it from our bones.

While Stranger Things 3 isn’t quite as in-your-face with tearing bodies apart, the notion of people losing their identities, becoming a horde of shambling, shuffling zombies is very much on display. All those poor Hawkins residents become ravenous, fertilizer-crazed zombies before returning to the Source and joining the blobby collective. Just like in Romero’s movies, it’s the neighbors we should fear. 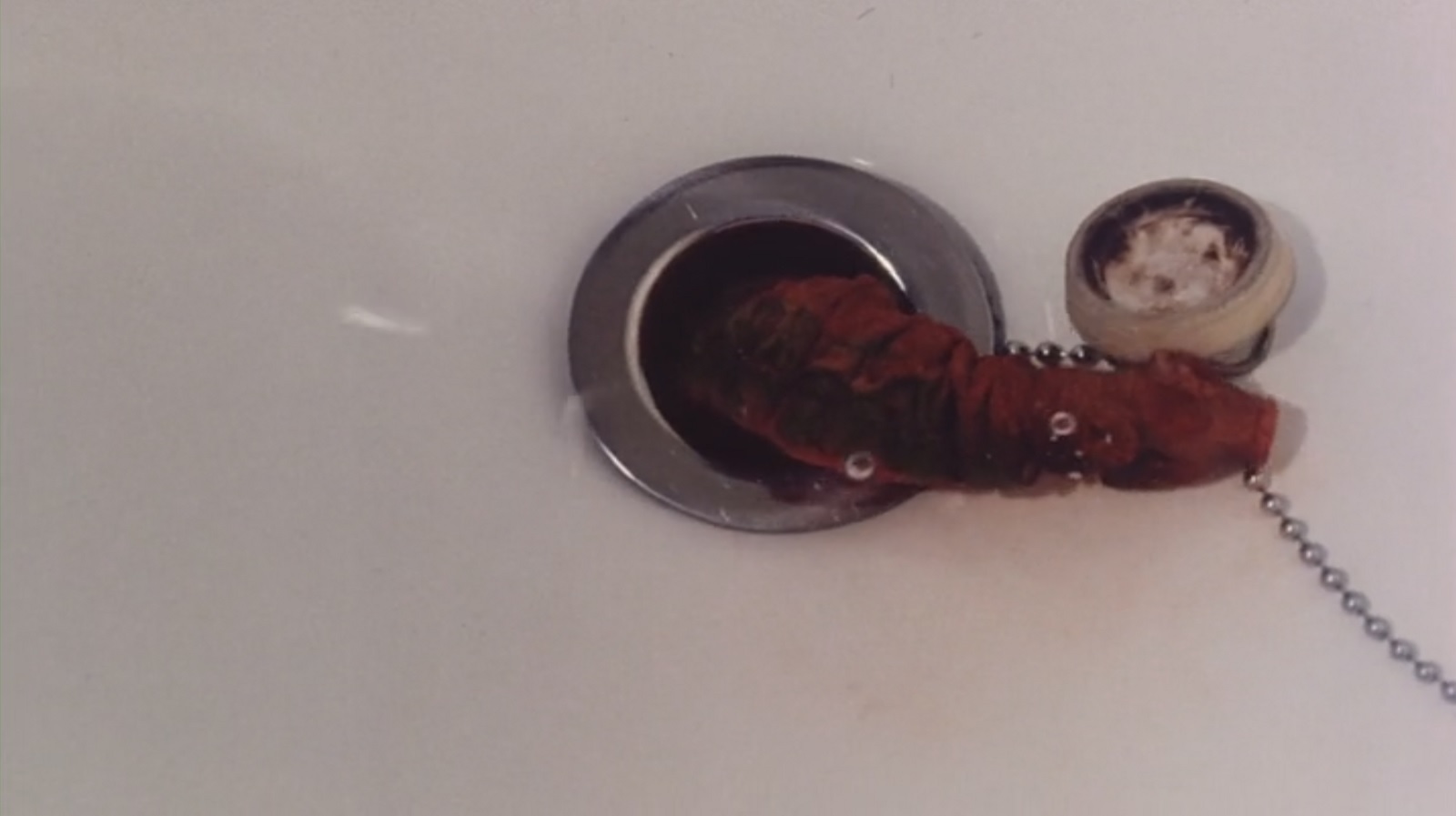 Cronenberg isn’t just a word from Rick and Morty; he’s the go-to body horror reference point. The Canadian filmmaker’s early films dealt with notions of loss of individuality and sexual desire leading to bodily destruction, and they’re some of the most gruesome of the era.

His 1975 movie Shivers depicted a high-rise apartment where tiny parasites get into people and they become sex-crazed, insatiable zombies. In 1977, Cronenberg’s Rabid showed a woman turned into a kind of vampire after getting experimental plastic surgery; everyone she bites turns into a zombie and soon its an epidemic. Scanners, from 1981, is all about people with extraordinary psychic and telekinetic powers (and they make people’s heads explode). And 1983’s Videodrome is a treatise on people’s ravenous desire for depravity on television; eventually, the signal from a pirate TV station destroys people’s bodies as they become a collective of thoughts across airwaves. Long live the new flesh.

Stranger Things 3 doesn’t directly reference any one of Cronenberg’s movies–though Eleven could be a Scanner, no problem–but the themes are on display throughout. Billy is infected with the Mind Flayer while attempting an illicit affair with Mrs. Wheeler; little slug monsters crawl inside people’s mouths and they’re effectively dead; the consumption of media and access to goods have made Hawkins residence dull and complacent; even the infected’s need for fertilizer feels like some kind of sexual reference perverted for monstrous evil. Cronenberg is all over this thing!