Are The Mutants in HOUSE OF X Really The X-Men We Know?

Writer Jonathan Hickman has been promising a huge status quo shakeup for Marvel’s X-Men comics ever since he was announced as taking over the franchise earlier this year. And with the recently released House of X #1, it appears that Hickman has indeed delivered on that promise. But could the giant seismic shift that occurs in House of X be even bigger than it appears at face value? Are these even the real X-Men we see in House of X? 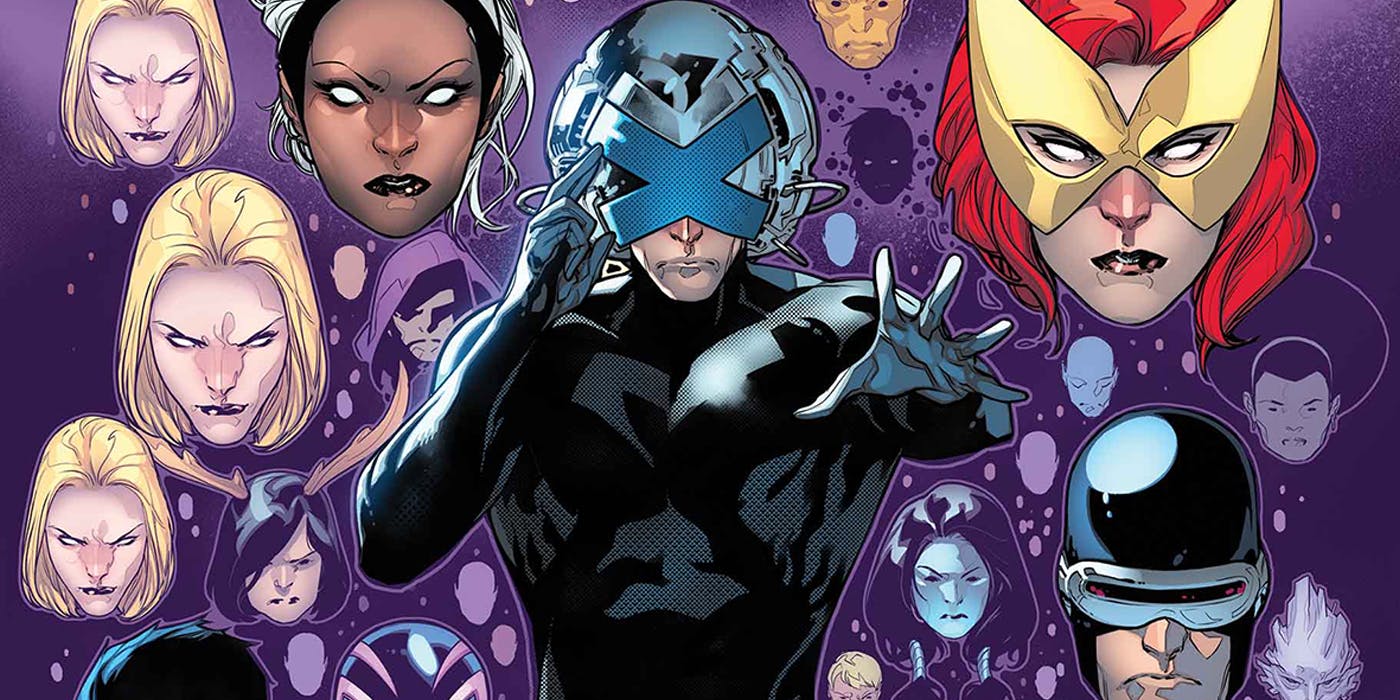 What Happens In House of X #1?

House of X shows Charles Xavier establishing a new mutant homeland on the living mutant island of Krakoa. Longtime X-Men fans should recognize the name Karakoa, as it was the sentient island that once held the original X-Men captive. This necessitated for the creation of the second generation team featuring Wolverine and Storm to rescue them. Krakoa has now been turned into a living computer by former Xavier’s School student Cypher, and has a network of habitats extending all over the globe and beyond. They are located  in Westchester–where the original school was–the Moon, Mars, the Savage Land, Washington DC, and Jerusalem. These habitats then make portals for mutants from which they are able to access the island. 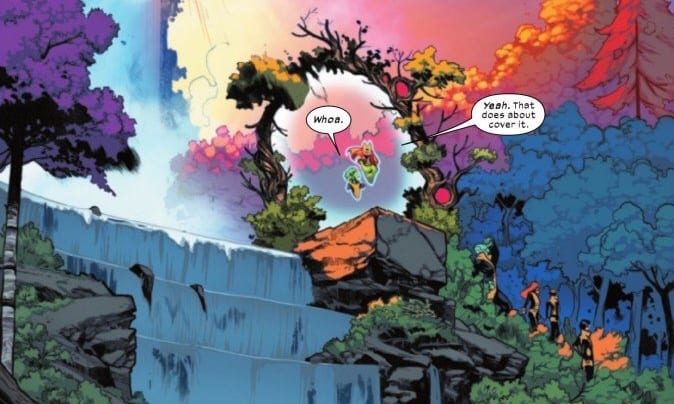 The Karakoan flowers that created the habitats also have another huge side benefit to them. Their essence is used to create three drugs which can extend human life by five years, are the basis for extra-powerful antibiotics, and can cure mental illness. Xavier offers these drugs to humanity at large on one condition: All the nations on Earth must recognize Krakoa as a sovereign mutant nation. And Karakoa must be permitted to be allowed as a haven to all mutants, even those who have been convicted of severe crimes. All those who carry the X-gene are granted amnesty there.

Are These Really The X-Men? 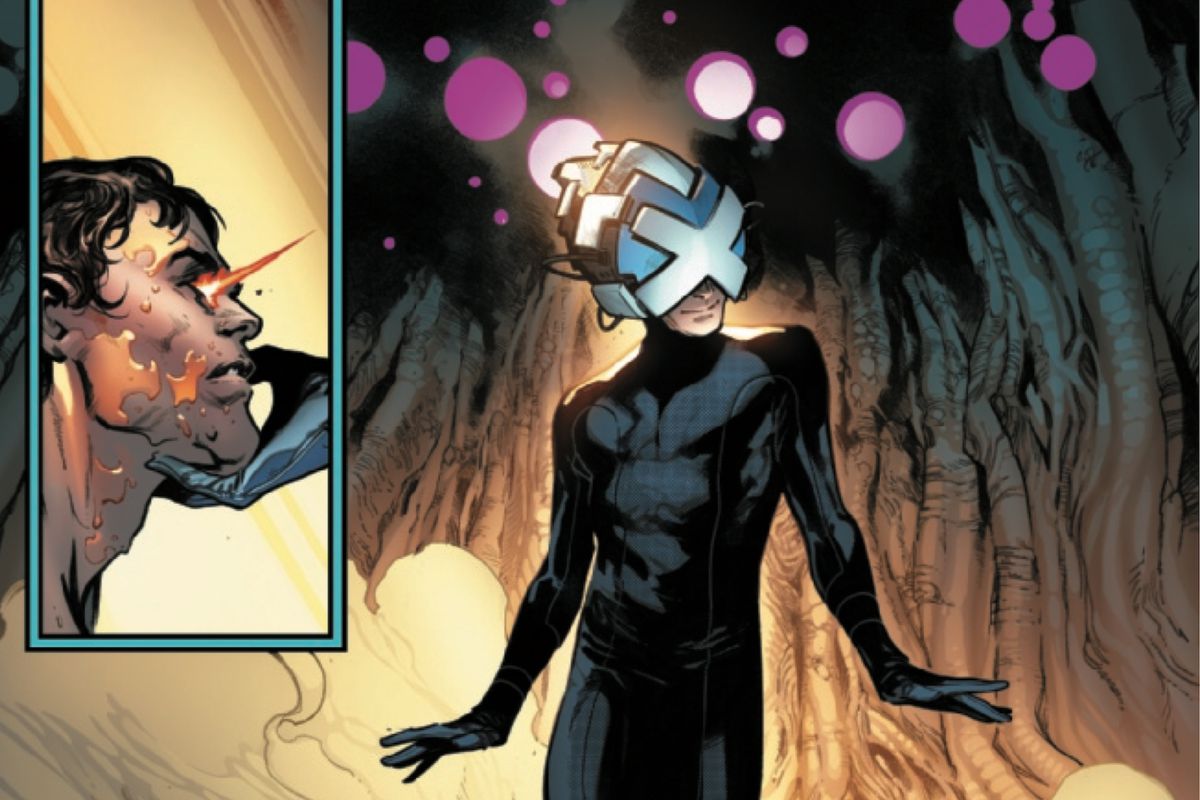 The first issue shows us Charles Xavier, wearing a Cerebro helmet that he never removes, summoning what look like Scott Summers and Jean Grey in the nude out of pods. This is the biggest hint that our favorite characters are not who they seem to be. First off, ever since Invasion of the Body Snatchers, the idea of “pod people” has never been a positive one. It’s part of our collective consciousness now to respond to images of people emerging out of pods as copies, and evil ones at that. 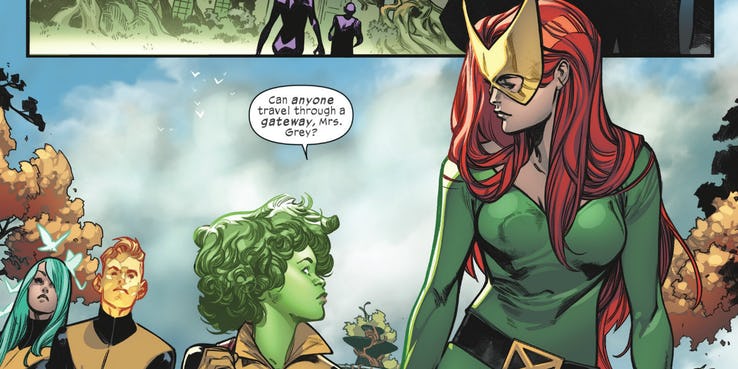 Add to the that the fact that the X-Men are all wearing older costumes (some older than others) for no given reason. Why would Jean Grey go back to her ’70s Marvel Girl code name and costume after having outgrown it decades ago? Not to mention, several dead X-Men are back. Now on the surface, that’s not so strange. The Mutant afterlife has been said to have revolving doors and not Pearly Gates, given all their many resurrections. But the idea that they’re just all back at once, and all looking like their older selves with no explanation, is very telling. I don’t believe these are our X-Men. Even if they themselves think they are.

Xavier himself seems very out of character in House of X. The former idealist is now a separatist. The idea of a homeland for mutants that is very much not for humans has also been tried before. Magneto was sovereign of Genosha, until it was destroyed with 16 million mutants by Sentinels. And Cyclops set up Utopia off the coast of San Francisco, but that failed too. What makes the third time the charm? Charles Xavier’s dream of human/mutant integration is key to his character. If that changed, we don’t know why. But we can make an educated guess.

The current version of Xavier isn’t the Xavier we’ve known for years. After he was killed by Cyclops (possessed by the Phoenix) in Avengers vs. X-Men, Xavier was dead and gone for years. Only very recently did his astral form take root in the body of former X-Man known as Fantomex, who willingly surrendered his body to Xavier’s. He simply goes by “X” now. It’s possible that residual aspects of Fantomex’s personality still reside in his psyche, meaning Charles Xavier could be more profoundly changed than originally believed.

Or maybe it’s not even Charles Xavier at all we’re dealing with. Years ago, during Joss Whedon’s Astonishing X-Men run, the X-Men’s Danger Room gained sentience and became the entity known simply as “Danger.” Could something similar have happened here? Maybe Cerebro itself gained sentience, and is now controlling Charles. Are the X-Men we see in House of X all newly grown bodies given to the residual psychic essences of the mutants Cerebro has detected and collected in its memory over the years? It would certainly explain why Xavier never takes the Cerebro helmet off.

How Does It All Tie Together? 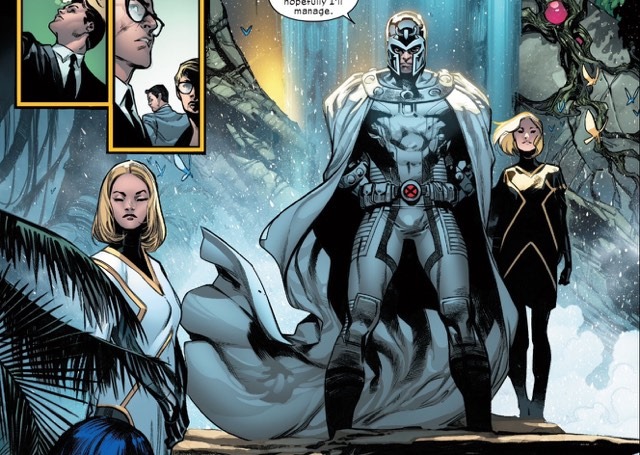 Perhaps “New Xavier”  tried to sell his former students on his grand new plan for mutantkind…and they didn’t go along with it. And so he just “replaced” them with versions that were more akin to the ones he knew from his younger days. Which of course begs the question of where the real X-Men all are. My theory is that Magneto and only Magneto is the real thing, as Xavier’s new ideology fits in neatly with his. Even if it does involve killing less humans and actually saving them.

A further wrinkle has been added in Hickman’s newly released Powers of X (pronounced as Roman numeral ten, not the letter X). We visit 100 to even 1,000 years in the future, and get a glimpse of the fallout for mutantkind given the events of House of X. But it doesn’t answer if the mutants we see there are descendants of the real X-Men, or their genetic doppelgängers. One thing’s for sure–there is more excitement and mystery going forward in the X-Men world than there has been in decades.