He’s never been mentioned explicitly by name or shown, but most longtime comic book fans know that David Haller’s father on the FX series Legion is none other than the X-Men’s leader, Professor Charles Xavier. And it was recently revealed that former Game of Thrones actor Harry Lloyd, who played the despicable Viserys Targaryen, has joined the cast as Professor X. Now we have our first full look at Lloyd as the X-Men’s leader in a new teaser for the series, which you can view down below:

The teaser shows Lloyd as a young Xavier in what we presume to be flashbacks, as he uses what looks like an early version of Cerebro and makes contact with the entity known as the Shadow King. Fans of Legion know that the Shadow King has been the main antagonist of the series since the first season, and has been a terrifying presence throughout the life of David Haller.

Interesting to note that this young Charles Xavier has hair, so these flashbacks must take place quite some time in the past. It’s always been very unclear just how the series lines up with X-Men movie continuity, if it does at all. It’s probably best for fans to just view this as an alternate timeline, much like The Gifted. Despite the attempted fix of Days of Future Past, the X-Men movie continuity has never really lined-up properly. So maybe we should all just look at each movie and television series as its own separate thing. It will all be rebooted into the MCU soon enough anyway. 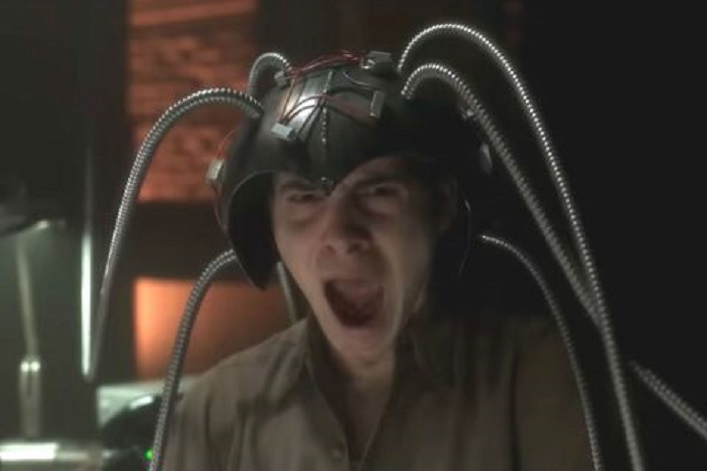 Legion’s third season will be its final one, so hopefully we get a proper meeting between Xavier and his mega-powerful offspring. The series stars Dan Steven as David Haller, along with Rachel Keller and Aubrey Plaza. Legion’s third season premieres on FX on June 24th.