After Dark Phoenix hits theaters, it will very likely bring a close to Fox’s line of X-Men films after nearly two decades. The Marvel mutants will then likely be rebooted into the MCU over the next few years. But how will the MCU’s take on the mutants differ from the previous 20 years of X-Men movies, many of which have covered the team’s biggest stories already?

The solution may be to just go wild. The Fox X-Men movies always kept things pretty grounded, and this is now Kevin Feige’s chance to go over-the-top with the sci-fi aspects of the comics lore. Here are some of the wilder X-Men stories from the comics we’d love to see in the MCU. 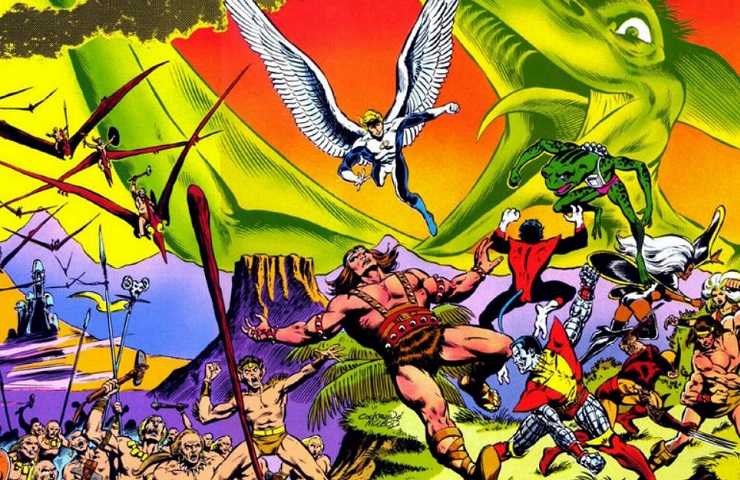 The world of the Savage Land has been a staple of Marvel Comics since Stan Lee and Jack Kirby introduced it way back in Uncanny X-Men #10 in 1965. A hidden prehistoric world of dinosaurs and other strange creatures, the location has long been home to many an X-Men story. If I were to adapt any Savage Land X-Men story, I’d go back to the early days. In Uncanny X-Men #63, Magneto makes the Savage Land his base, and uses his advanced technology to create powerful Mutates out of the prehistoric era humans who live there. The X-Men vs. Mutates in a giant Jurassic Park type world? Sign us up right now. 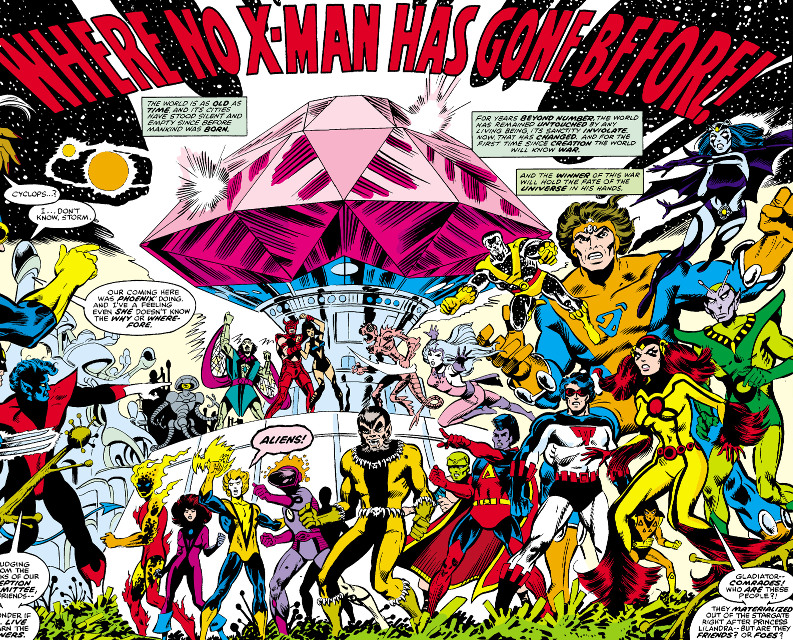 I know what you’re thinking. “The Phoenix Saga again?” But I didn’t say Dark Phoenix, I said just plain old regular Phoenix. This storyline ran though Uncanny X-Men #101-108, and dealt with Jean Grey transforming into the Phoenix for the first time. She and the X-Men go on an outer space adventure, which sees her repairing the powerful and cosmic M’Kraan Crystal. It also introduces us to Lilandra of the Shi’ar Empire, its Imperial Guard, and the space pirates known as the Starjammers. This is big sci-fi fantasy part of the X-Men lore has been entirely absent from the big screen, and we think given the cosmic scope of the MCU, this would be a proper fit.

This original X-Men graphic novel was used in part for X2, but only very loosely adapted. In the comics, the villainous William Stryker is not a military scientist but a television preacher, who uses fire and brimstone style theatrics to convince his audience that mutants are an abomination that must be eradicated. He kidnaps Professor X to use his mind to kill all mutants on the planet, but the X-Men band together with Magneto put a stop to his plans. This story deals deals directly with the idea of using religion as a shield for hate, something X2 skipped over. While it might be heavy and controversial for an MCU X-Men film, it could also be daring and amazing if executed right. 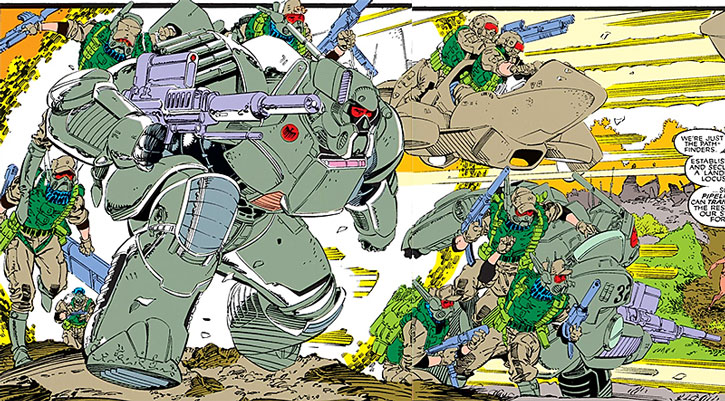 Although the previous two storylines don’t get too into the underlying metaphor of the X-Men much at all, this one certainly does. The country of Genosha was introduced by writer Chris Claremont in the late ’80s as a place where anti-mutant sentiment was institutionalized. Genosha was a prosperous island nation off the coast of Africa with a very dirty secret: it was built off the backs of its enslaved mutant population. In “The X-Tinction Agenda” crossover event, Genoshan magistrates attack the X-Mansion and kidnap several students to force them into their brainwashed slave population. This leads to a revolt in Genosha that has a lasting impact for decades. 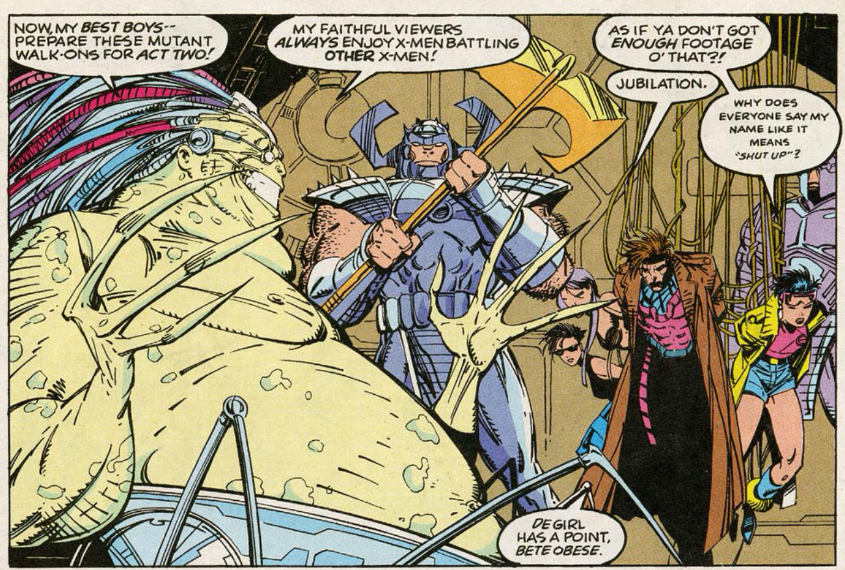 This one is another very out-there concept for the previously grounded X-Men films (even though Mojoworld is casually name-dropped in Deadpool 2.) Mojoworld is named for its corpulent ruler Mojo, whose entire dimension is based on keeping its population enslaved through constant media and staged TV gladiatorial events. Although he first appeared in the Longshot mini-series, the planet Mojo rules soon became a major part of the X-Men lore. In The Uncanny X-Men Annual #10, Mojo first spied on the X-Men in a training session in their Danger Room. He decided they must be used in one of his live television broadcasts on his world, as ratings would go through the roof. This would be as far out and crazy as an X-Men movie has ever gotten, and we’d be here for it. 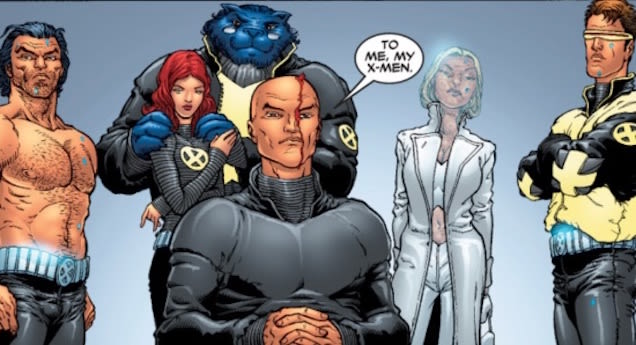 E Is for Extinction

The X-Men costumes introduced in this storyline became the basis for those seen in Dark Phoenix, and now we want to see the actual story brought to life on the big screen. In writer Grant Morrison’s overhaul of the mutant mythos, we are introduced to one of the modern X-Men comics most notable foes, Cassandra Nova. Morrison explains in this story that Nova was conceived without a body in the astral plane, and then created a physical form by copying Charles Xavier’s DNA in the womb to make her own body. Thus, she becomes a sort of twin sister. Although Charles believed he had killed her in the womb, she survives and begins a mutant genocide the likes the X-Men have never faced. While this one might be dark for an MCU film, it would certainly be epic.