A group of scientists in England announced they recently recreated the vocal tract of a mummified, 3,000-year-old Egyptian priest as well as one of the “vocal sounds” it (probably) would’ve produced. The vocal tract was 3D-printed, and closely models the one the living priest would’ve used, thanks to detailed CT scans of his exceptionally well-preserved body. Listen to the recreated sound below, which, sadly, doesn’t even faintly resemble Bender bellowing out “Remember me!” 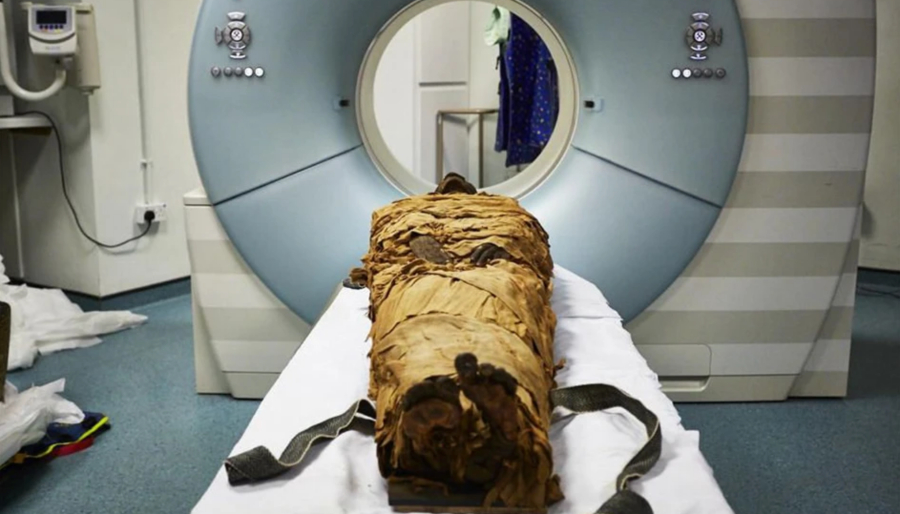 The scientists, including D.M. Howard of the University of London, John Schofield of the University of York, et al., announced the 3D-printed tract and sound in a paper published in the journal Scientific Reports. Gizmodo spoke with Schofield, an archaeologist, who said that he and the other authors of the paper took on this challenge “to enhance our understanding of the past culture as well as [demonstrate] that this could be done.”

According to the paper, because “the precise dimensions of an individual’s vocal tract produce a sound unique to them,” it should follow that a closely modeled 3D-printed version of the vocal tract belonging to the mummified priest—who went by the name Nesyamun when he roamed the Earth—should be able to faithfully reproduce his voice, albeit only when coupled with a Vocal Tract Organ (or electronic larynx) to provide “a user-controllable artificial larynx sound source.”

Utilizing the Vocal Tract Organ, the scientists blew air out of a small loudspeaker into the 3D-printed version of Nesyamun’s vocal tract, and applied frequency variation to the sound emitted by imitating “a falling intonation in the male speech fundamental frequency range.” The scientists chose this specific frequency range through which the sound could fluctuate because it’s likely one Nesyamun would’ve been familiar with; according to the study, “Nesyamun’s duties included speaking as well as chanting or singing the daily liturgy,” and the frequency range they chose would’ve been intrinsic to those capabilities. 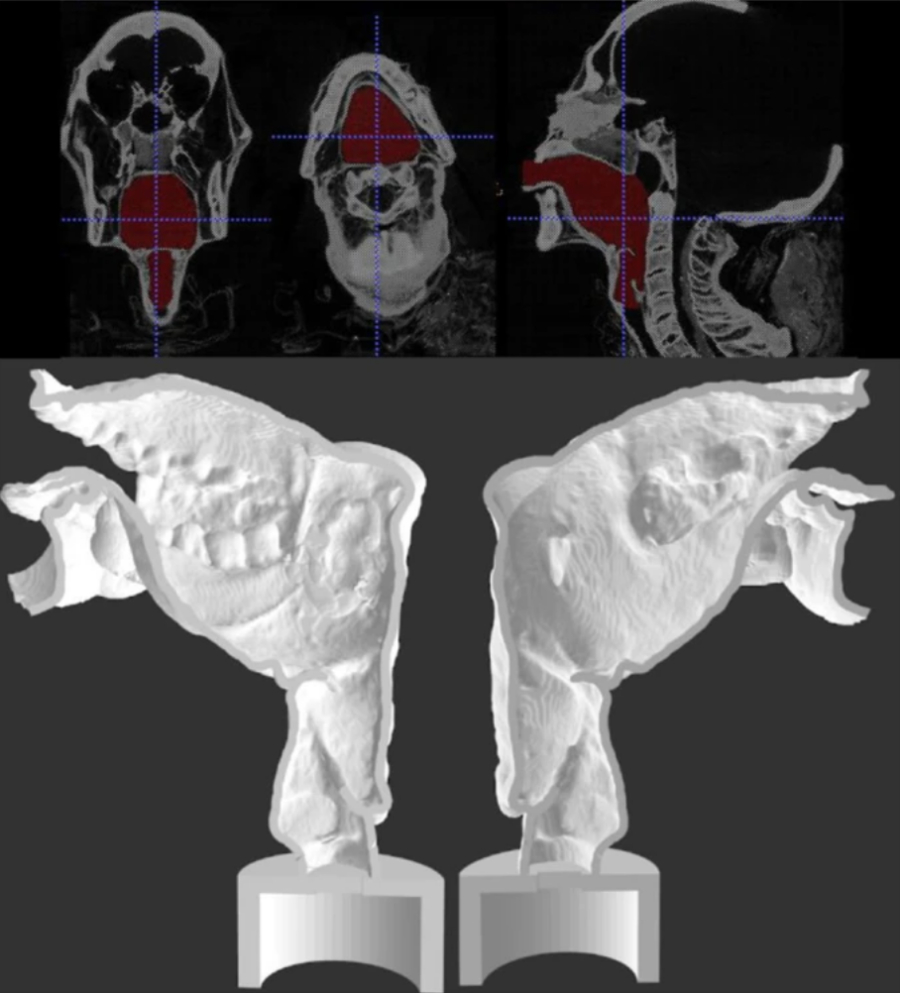 The scientists say that the vowel sound produced by their model of Nesyamun’s vocal tract falls somewhere between the vowel in “bed” and “bad.” They also say that it somewhat closely resembles vowel sounds made by modern, English-speaking adult males, which further suggests that their reconstructed sound offers an accurate representation. Despite the technical description, however, the sound still seems like something you’d hear come out of a doctor’s mouth when they’re looking at a growth that’s not quite identifiable. (Hmmmmmmmmmm-eh.)

That said, there’s also an aspect of this experiment that’s worthy of a Brendan Fraser adventure film (no, not Encino Man). And that’s the fact that Nesyamun (as well as many other ancient Egyptians) apparently had a documented desire to be able to speak after death so that his soul would receive “eternal sustenance… [and be] able to move around freely… to see and address the gods as he had in his working life.” And to that we say, wish granted, Nesyamun! Or at least, Hmmmmmmmmm-eh kind of granted.

What do you think about Priest Nesyamun’s reproduced vowel sound? Is it reasonable to believe that a 3D-printed version of Nesyamun’s vocal tract faithfully recreates bits of his voice, or should we disregard this discovery as too dubious? Remember to give us your opinions in the comments. And also, remember Bender!