It’s a slog to get through bad movies. If you’ve ever tried to have a marathon of sub-par cinema with your friends, you know it can be tough to keep the laughs coming when you reach number five, six, 18 (I don’t know how long you go!). This is why it’s so nice to have the crew of the Satellite of Love to guide you through crappy flicks with their patented brand of rapid fire jokery. But on this season of Mystery Science Theater 3000, even they will reach fatigue as the metanarrative of “The Gauntlet” forces Jonah, Tom Servo, and Crow T. Robot to riff six movies…without stopping!

What a crazy amalgam of movies this season! Sure, it’s only six episodes, but it’s also some of the more infamous movies the series has ever tackled.- Mac and Me is a perennial oddity of ’80s childhood, an E.T. rip-off funded by, of all things, McDonalds.- Atlantic Rim is the most recent movie by a long shot, an Asylum Productions mockbuster rip-off of Pacific Rim (obviously).- Lords of the Deep is a Roger Corman-produced horror take on The Abyss.- The Day Time Ended is a strange take on Land of the Lost, produced by another infamous schlockmeister, Charles Band.- Killer Fish will make a good companion piece to another MST3K classic, Devil Fish, except this one’s a Piranha pastiche directed by Anthony M. Dawson (real name Antonio Margheriti).- And finally the sword and sandal epic Ator, the Fighting Eagle,Â this one directed by David Hills a.k.a. Joe D’Amato a.k.a. Aristide Massaccesi. 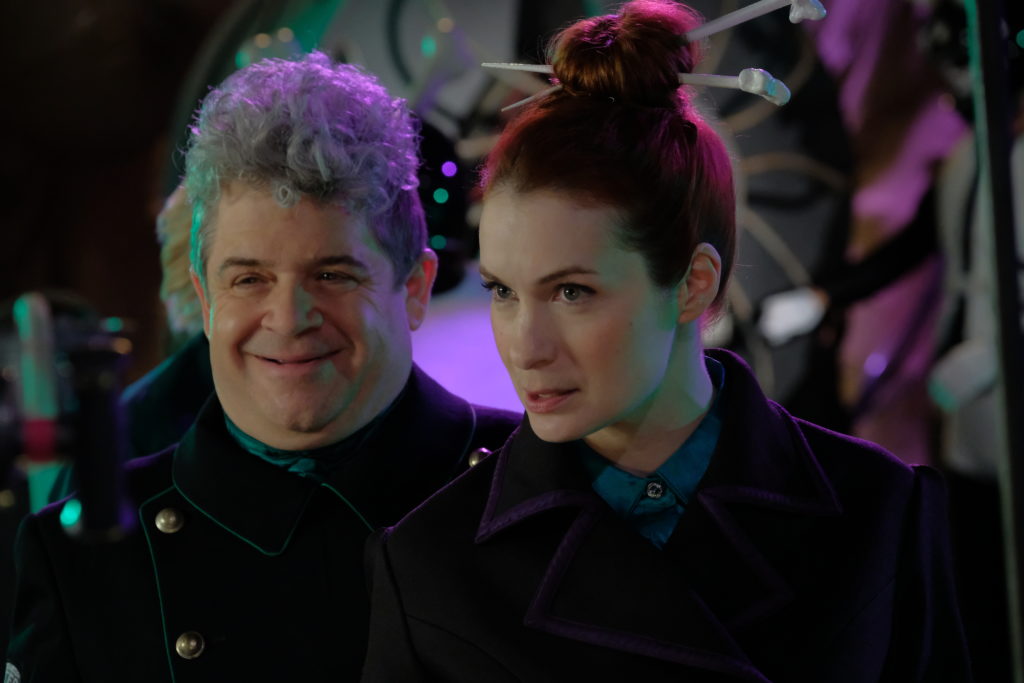 So there we have it! A good and very Mystery Science Theater mix of movies: two infamous weirdos, a couple by American low-budget masters, and a couple crappy Italian exploitation movies. A well-balanced meal for Thanksgiving.That’s right! This season of Mystery Science Theater 3000 drops on Turkey Day, November 22, which also happens to be the show’s exact 30th anniversary! It all makes sense now!