Ever since the 1995 release of Toy Story, Pixar Studios has been synonymous with quality and success for Disney. Nearly 25 years later, the Pixar logo on screen means that movie goers are pretty sure they’re in for a quality experience in the theater. Now, the good folks at Mondo along with Cyclops Print Works are celebrating the proud legacy of Pixar with Spirit of Adventure: A Pixar Poster Show.

The show will feature over 15 new posters honoring several of Pixar’s most beloved films by nine different artists, including Coco artist César Moreno.  Below we are proud to exclusively preview two posters representing two other Pixar classics: Cars and Brave. 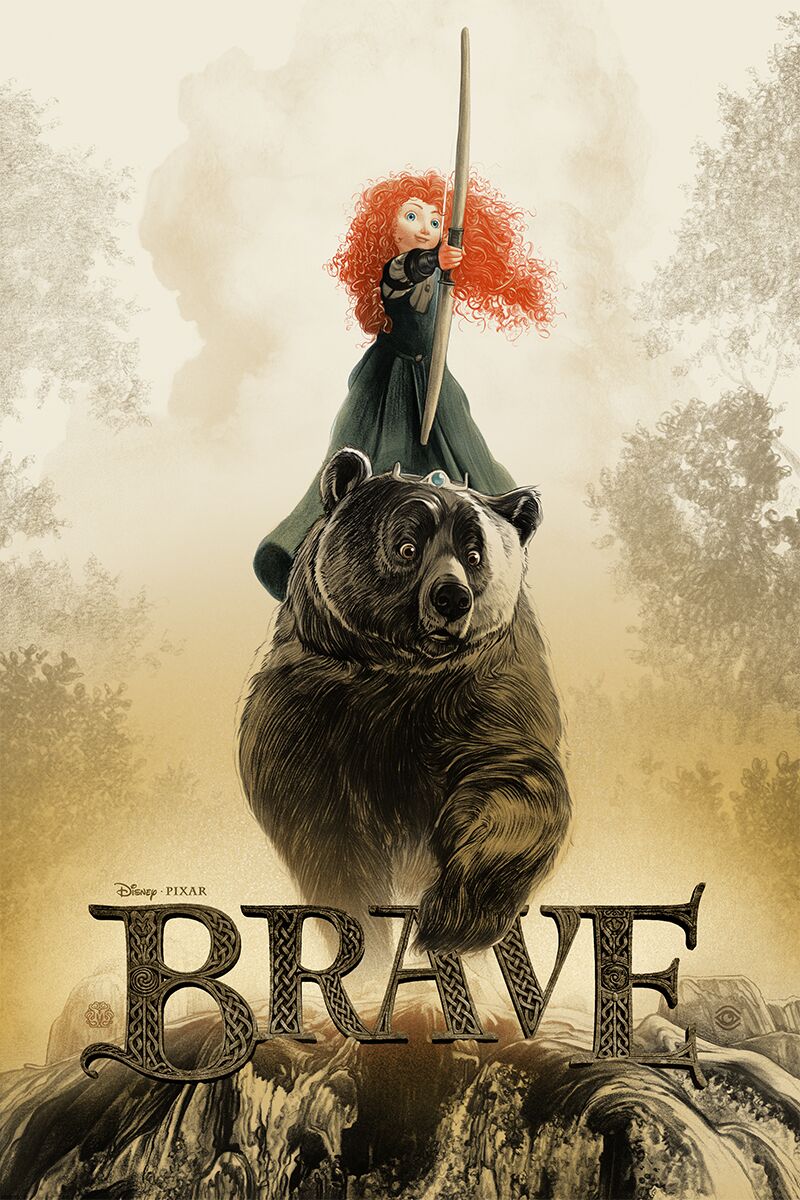 The regular edition will be limited to 370, and measures 24” x 36”. There will be a variant edition released at a later date. The regular version will set you back $60. 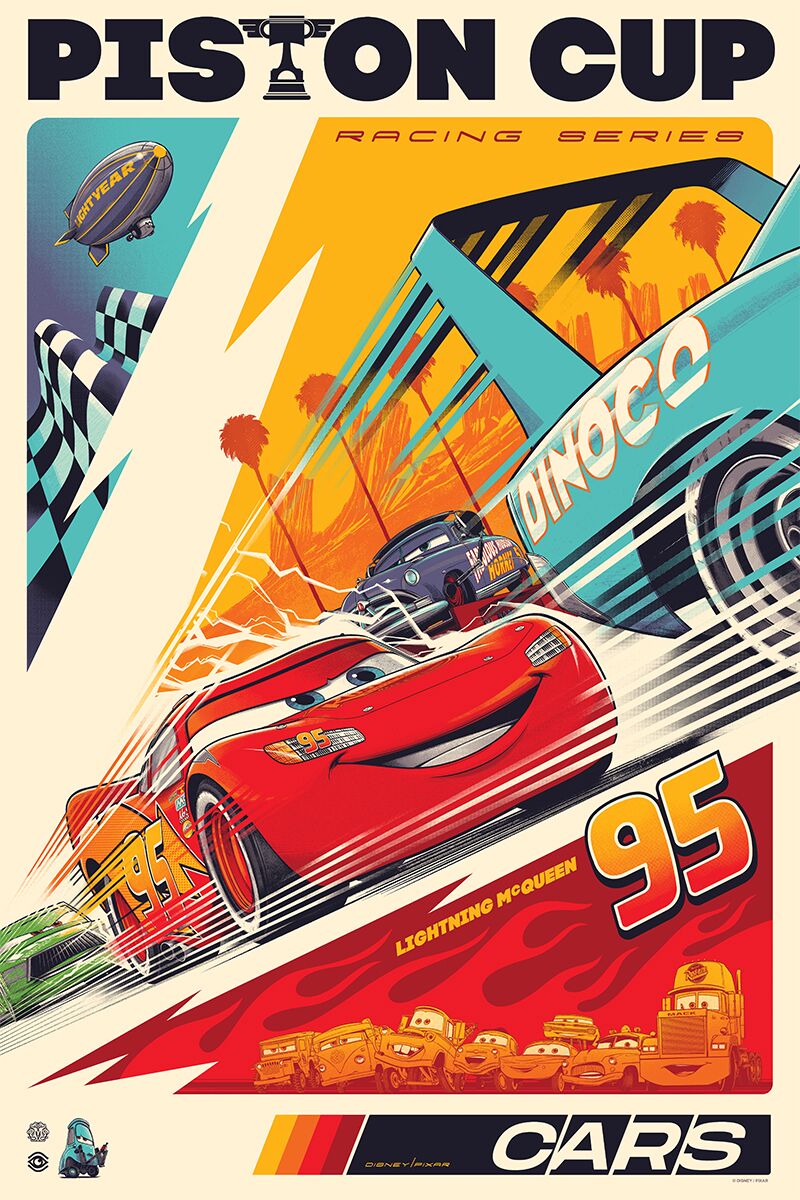 The poster, which features race car Lightning McQueen leaving his fellow racers in the dust at the Piston Cup, will have a print run of 260. Like the Brave print, it will also measure 24” x 36.” Frequent Mondo contributor César Moreno brings his striking graphic style to this one.

In a statement, Mondo Creative Director Eric Garza said “Pixar has a beautiful way of telling timeless stories that resonate with all audiences no matter their age. Their films are bursting with beloved characters, creativity, and imagination that is largely unmatched. In the end, nobody tells a story quite like Pixar. We are incredibly proud and excited to have partnered with our friends at Cyclops Print Works and several of our favorite artists to celebrate various iconic titles from Pixar’s unbelievable catalog of films.” 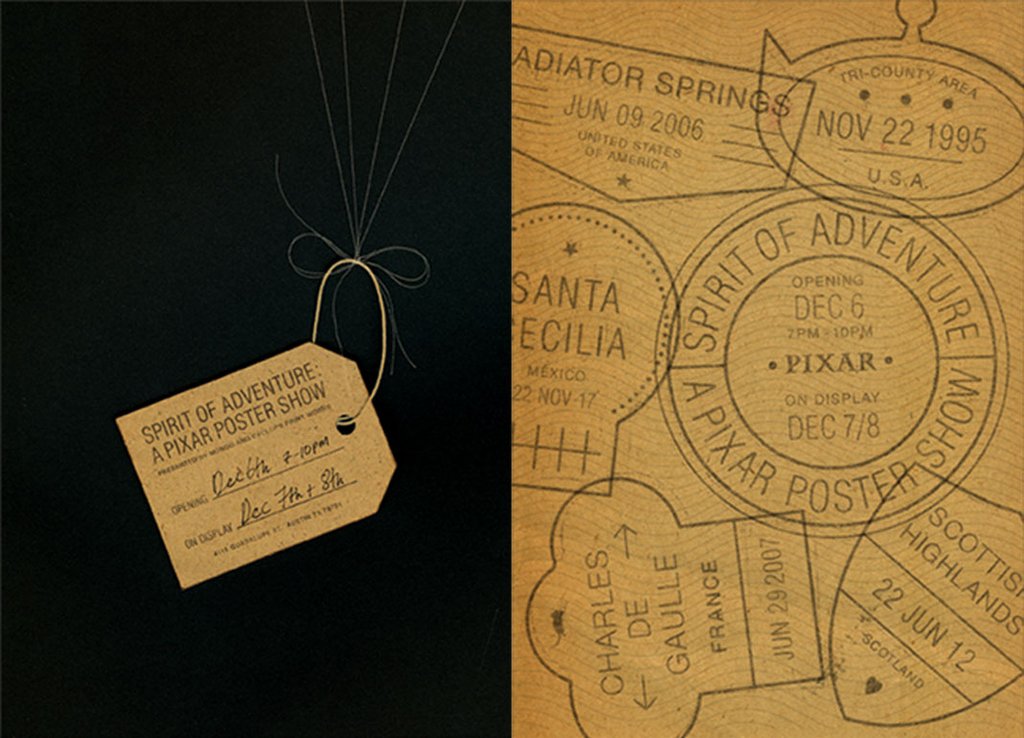 Cars first hit theaters in 2006, and was an instant hit for Pixar and Disney. It spawned not only two sequels, but also an entire land in one of the Disney theme parks. Cars Land has been packing in guests at Disney’s California Adventure since it first opened back in 2012. On top of that, the Cars brand has become one of the most successful toy lines in all of Disney history, rivaling even the likes of Toy Story and Frozen.

And Brave set a new standard for Disney princesses. Although somewhat eclipsed by Frozen, which came out a year later, the Mark Andrews and Brenda Chapman-directed film was ahead of its time in giving a Disney princess a love story that wasn’t about romantic love, but the love feels for family. It’s quite possible that without Princess Merida, you don’t have Elsa or Anna a year later.

Mondo Gallery will also host a family day on Saturday December 7th from 9:30a to 11:30a featuring several activities for attendees, including face painting, as well as a variety of vegan breakfast treats from a local favorite.