We can’t speak for other all of the other infinite universes, but things in this one are better than they have been in over two years. No, no, the world is still both drowning and burning, but at least Rick and Morty are back with new episodes to distract us from all of that. Adult Swim’s hit series returned after nearly 25 months with a stellar season four premiere that reminded us why – no matter how long the series takes between seasons – we will never stop looking forward to the show. That doesn’t mean we love to wait, and if you would like a way to make sure the pair are always a part of your life, there’s a new way to make that possible. Mondo has announced the released of a new set of giant Rick and Morty action figures that you can customize.

And it includes some of our favorite alternate versions of the characters, including Pickle Rick and Evil Morty. 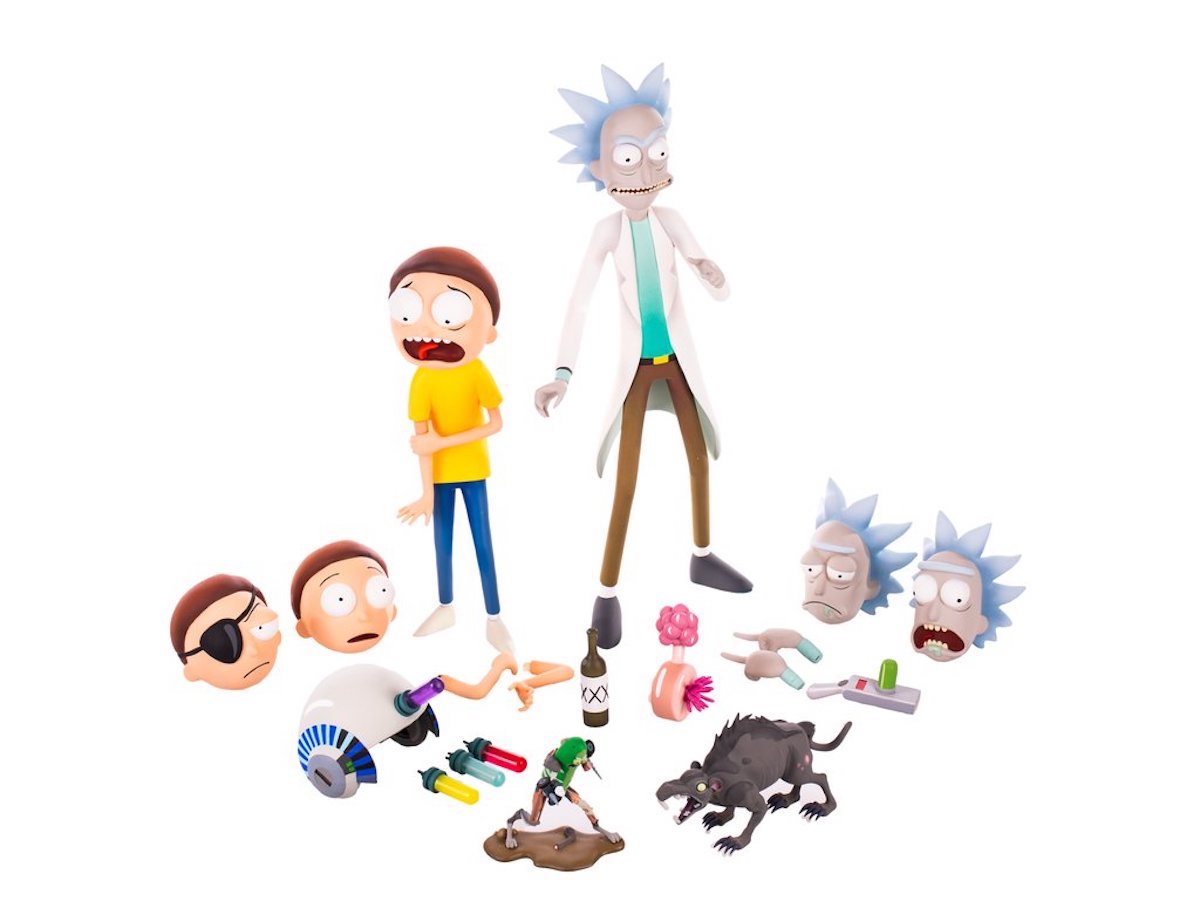 Mondo’s new exclusive Rick & Morty Deluxe Figure Set features a Rick collectible that stands almost a foot tall. He’s accompanied by an 8-inch tall Morty. While either would look great as statis figures, “each features neck, hand, and ankle articulation, interchangeable heads and hands,” and plenty of accessories. In addition to the base figure for each, which features a confident-looking Rick and a terrified, screaming Morty, the set comes with the following: 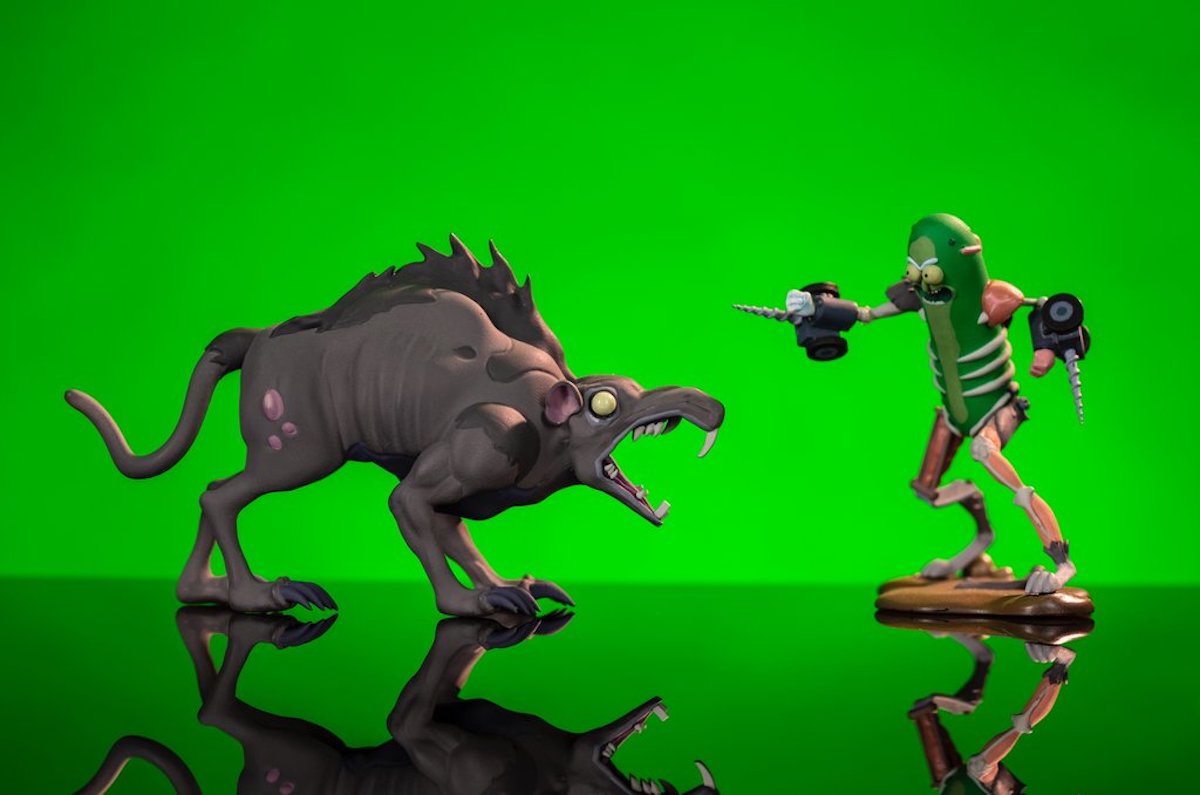 It’s Pickle Rick! And he’s to scale to normal Rick! However, as much as we love any and all versions of the violent little green guy, we might be even more excited about getting a de facto Evil Morty figure. The mysterious and murderous new president of the Citadel of Ricks might be the single most intriguing character in show history, one who has been at the center of two stellar episodes. And with the rate we get new episodes it could be years and year before we see him otherwise. 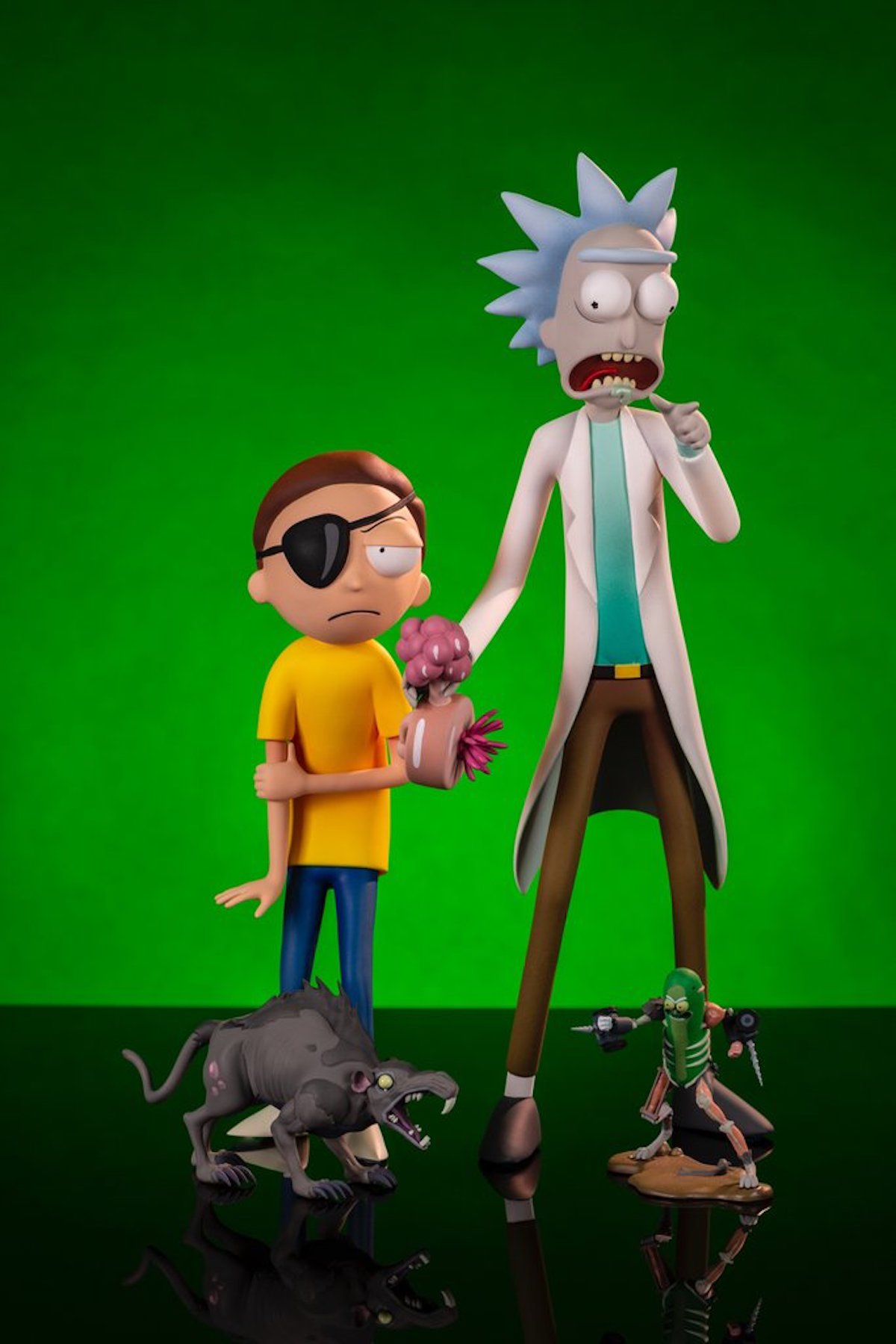 Designed by Ramirez Studios, Michael Bonanno, Mara Ancheta, and Jason Wires Productions, in total this ABS and PVC set weighs almost three pounds. As for how many Schmeckles it will run you, the entire set goes for $120. You can pre-order yours now at Mondo. It is expected to ship worldwide in March of 2020. Which in standard Rick and Morty time is basically a long weekend. And once you get your figures  it’s not like you’ll have to live without the pair anymore. Considering how things have been going in this universe outside of the season four premiere that’s a :burp: nice way to make things better all the time.