How Pixar Shaped the Film Industry Before TOY STORY - Nerdist

How Pixar Shaped the Film Industry Before TOY STORY

Toy Story 4 will mark Pixar’s 21st film within a 24 year span. 100% computer animated films didn’t even exist until 24 years ago, when Pixar invented them with Toy Story. Pixar doesn’t just carry the honor of jump starting this industry, though. Even before Toy Story, the company was responsible for some of the most iconic scenes in our favorite blockbusters. They effectively shaped the film industry as we know it long before their first film premiered.

Practical effects were, for a while, the only way to make movie magic happen. They can be incredibly realistic, flying X-wings through space or bringing to life nightmare-inducing monsters. However, they aren’t always reliable—or even feasible—for certain effects.

Practical effects’ limited scope proved to be a major obstacle for the production crew of Star Trek II: The Wrath of Khan. The crux of the film finds the crew of Enterprise fighting against the revenge-driven Khan over new technology known as the Genesis device. This device holds the incredible capability to create life and habitable ecosystems at will. This power could be for rehabitation, or in Khan’s case, dictatorship. In order for the audience to believe this absolute power, they had to see it in action.

The Genesis Effect needed to show the re-creation of life across an entire planet within a short amount of time. Considering the scope and demand of this sequence, practical effects completely unfeasible. ILM, who was already working on miniatures for the film, turned inward for help. 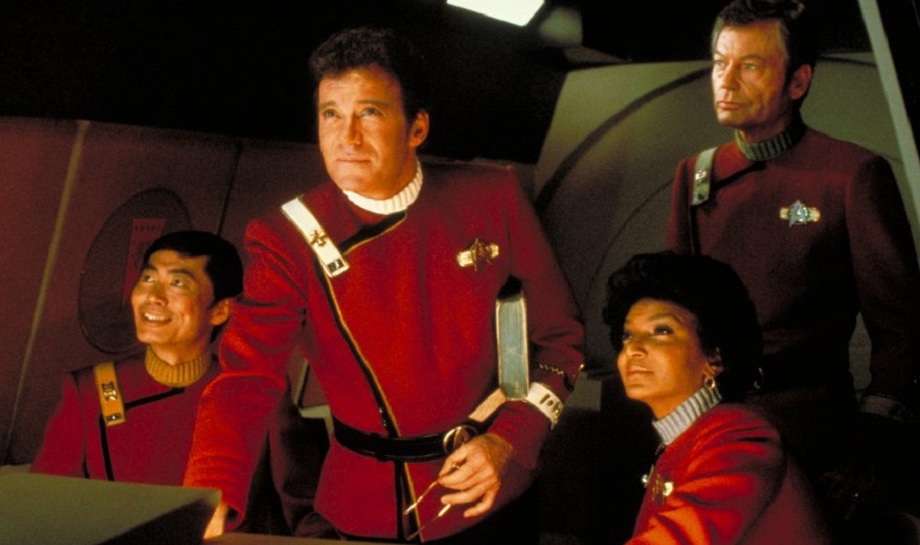 Before Pixar was Pixar, it was a team at Lucasfilm, known as the Computer Graphics Group. Although they were brought on board to design hardware and software for ILM, their passion was in computer animation. One of its members, Loren Carpenter, was already dabbling in computer-generated landscapes before coming to Lucasfilm. His work, as well as the team’s research into rendering 3D graphics, were the perfect solution to the film’s problem.

Eager to impress, the Computer Graphics group developed software that could turn 3D computer objects into photo-realistic images. The final product, “Reyes”, was able to create smooth surfaces, depth of field, and motion blur unseen before digitally. Objects would be more complex, which meant more diverse shapes and sizes. They could be shaded, too, creating the illusion of distance. Most importantly, Reyes was efficient. Previous programs could take hours to render a frame. Reyes could render in a couple minutes, thanks to adjustments in its ray tracing alogrithms.

Reyes’ work in Star Trek II was remarkable. Bright orange hues spread across blue, cratered planet, and when the dust settled, mountains and rivers covered the once barren place. Computer generated effects had never enveloped the entire screen or been on screen for more than a few seconds. With its software’s success, the Computer Graphics group carved out a space at ILM for digital effects.

Now that realistic landscapes were possible digitally, the Computer Graphics group found themselves tackling another major obstacle: the human form. Young Sherlock Holmes needed visual effects help in order to convincingly show the horrors of a hallucinogenic weapon. Certain hallucinations, like sentient pastries or burning alive, were quite easy to convey with practical effects. One hallucination, however, proved far too complex for traditional physical effects.

Early on in the film, a reverend hallucinates a stained glass knight coming alive. Sure, stop-motion miniature could animate the knight, but it wouldn’t be translucent enough to truly feel like glass. So, the ILM crew had to figure out a way to a semi-human form to life through the computer. Ed Catmull, future President of Pixar and a member of the Computer Graphics Group, had modeled his hand and animated it on a computer years before. Couldn’t the same be done with a person’s body? 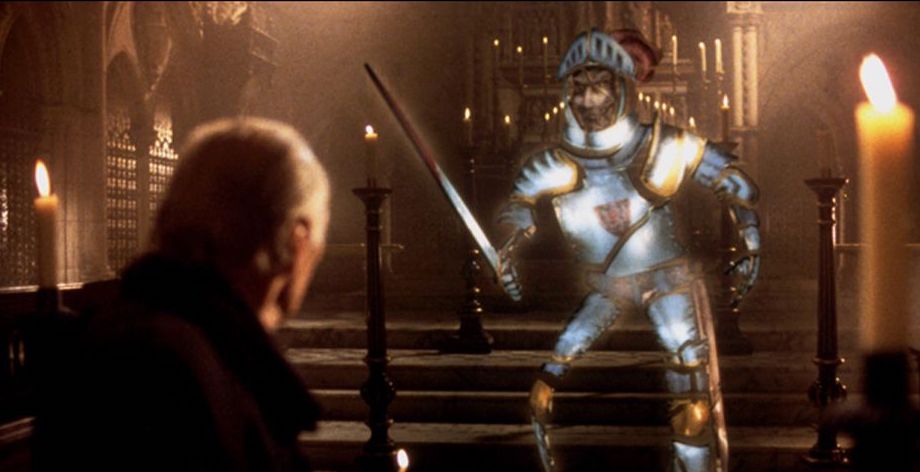 It turns out, yes. The crew constructed a maquette of the figure, then scanned its points into a computer, making a digital model. They also had someone perform the knight’s actions on film, for their in-house animator to use as reference. With the basic footage as reference, future Pixar CEO John Lasseter then used the digital model to animate the knight.

The completed project was harrowing—the knight assembled from shards of stained glass into a menacing figure, inching towards the reverend. When the camera went behind the knight, you could see through his thin, translucent frame. The effect was impressive, but most of all, believable. This was the first time a digital character was ever on screen, and it wouldn’t be the last time either.

With the success of Star Trek II and Young Sherlock Holmes, practical effects were now an option, rather than a necessary. With two milestones under their belt, the Computer Graphics Group wanted to push the limits of what could be done digitally. Their primary goal was to make the first ever computer animated film, but they couldn’t accomplish this until they had the technology to create it.

Reyes had already broken major ground with the invention of digital motion blur, which helps audiences perceive movement on film. The main issue with Reyes, however, was that it still required programmers. An animator, like the team’s John Lasseter, couldn’t intuitively use the system. Plus, adding code into an effect, bit by bit, would take days.

So, the Computer Graphics Group went to the drawing board to see how they could make their program better. Using the Reyes rendering system, the team built an interface that would include potential effects for artists to use. To make sure these effects could be rendered fast enough for artists, a transputer chip was added to rendering computers. Now, an artist could easily add effects into a digital scene and see the result in a couple of hours.

RenderMan meant more creativity and diversity when making digital effects. James Cameron, who employed ILM for computer generated graphics in The Abyss, wanted more digital effects in his films. When it came to Terminator 2 and the new T-1000 Terminator, Cameron wanted the villain to be digitized. Using RenderMan and digital scans of actor Robert Patrick, the Computer Graphics group could manipulate Patrick’s form for certain scenes. The advanced robot, through RenderMan, could liquify and shapeshift into Patrick and other actors. Most famously, he oozed his way through prison bars without flinching. 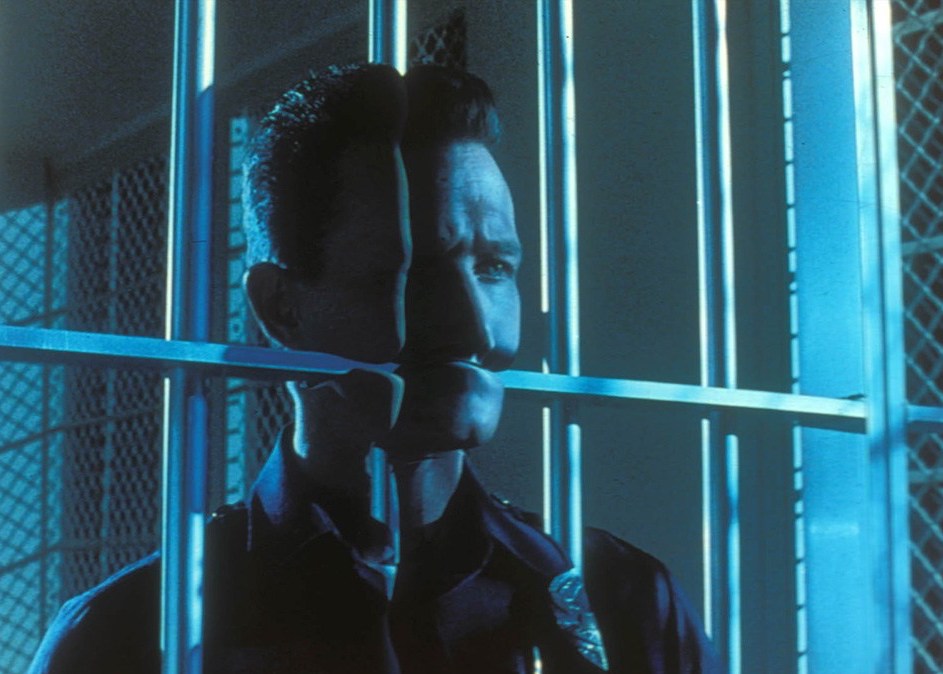 The crown jewel of RenderMan in the 90s was Jurassic Park. Director Steven Spielberg originally planned to use puppets, but soon changed his mind once seeing test footage. RenderMan’s motion blur and in-house effects made the digital dinosaur’s movements fluid, and in turn, believable.

Since then, artists and RenderMan have only improved in their ability to create convincing digital images. Sub-surface scattering allowed material to appear partly translucent, like Gollum’s skin in Lord of the Rings or Tarkin’s recreation in Rogue One. Path tracing, which allows light to be scattered on digital objects, made space ship battles in Rogue One convincing. As the demands of visual effects get more ambitious, Pixar’s RenderMan continues to adapt and answer these visual problems. For many films, it’s the holy grail for digital effects. RenderMan has helped 27 out of the last 30 films nominated in the visual effects category win the Oscar.

Back in the ‘90s Pixar helped Disney win a special achievement Oscar for their development of the CAPS system. Disney was just entering its Renaissance period of animation at the time, after a stressful story slump. Most famously, animator Don Bluth left Disney with a team of animators to make his own productions, such as An American Tail and The Land Before Time.

One of Disney’s lowest points at the time was The Black Cualdron, their most expensive film to date. The film underperformed at the box office, being embarrassingly beat out by The Care Bears Movie. Unsure of themselves, Disney experimented with other animation ventures, like Who Framed Roger Rabbit and The Nightmare Before Christmas. Determined to get back on their feet, the company also looked towards Pixar to help revitalize their animation technique.

Pixar became independent in 1986, bought by Steve Jobs with the intent of designing commercial rendering computers. When they released their Pixar Image Computer, Disney bought the computers, and stuck a deal with Pixar to develop software that could help their animation pipeline. Disney didn’t want to eliminate hand-drawn animation, but they were curious if they could make it less expensive and time-consuming. Pixar, hoping to secure a future picture deal with Disney, obliged to the request. 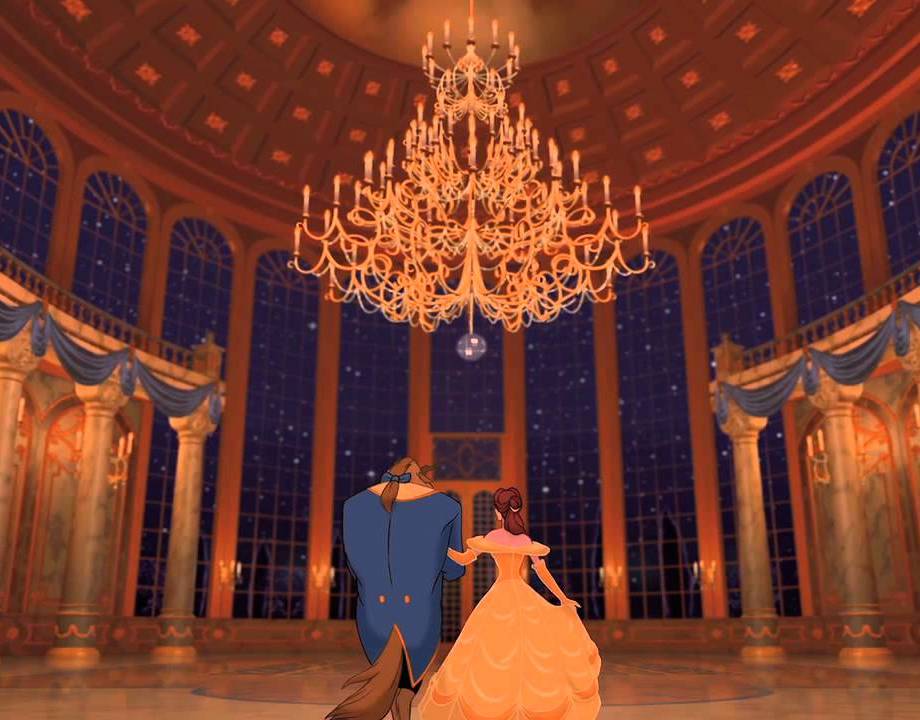 CAPS, the Computer Animated Production System, turned out to be the solution to Disney’s problems. The system became a digital ink and paint, opening up an infinite amount of colors to artists. CAPS also introduced new blending and shading techniques that would increase the depth and detail of hand-drawn figures. The system’s digital camera also freed up movement, creating more depth and distance within a shot.

The first film to 100% utilize the system was The Rescuers Down Under in 1990. Although the film didn’t do commercially well, the artistic depth of the product was impressive. Disney incorporated CAPS into other films, like Aladdin, Beauty and the Beast, and The Lion King. Plus, they included digital elements, like hundreds of wildebeest in The Lion King, to lower production costs. Pixar’s software and CGI were now essential to the Mouse House.

Now on Disney’s good side, Pixar scored a distribution deal with the company for a five-picture-contract. The journey to their first film wasn’t easy: Pixar struggled to figure out the film’s tone, leading to a production halt. Pixar also managed to find out their own brand of storytelling through this process. Filmmakers swapped planned musical numbers for a Randy Newman soundtrack, and the film had a distinctly modern sensibility.

Pixar believed in its story and its animation style, but nobody had ever done this before, or on this scale. Industry professionals, interested in this new technology, weren’t sure if computer animation could be commercially successful. Would computer generated images lack life with machines doing the animating instead of humans? Would these mechanical images appear creepy, or uncanny? How would audiences respond to a completely digitized story?

When the film finally opened in 1995, audiences and executives alike found the film enthralling, exciting, and heartwarming. The toys were believable, full of life as their hand-drawn counterparts, and the story was fun, too. Toy Story became the higheset grossing film of 1995, won a special achievement Oscar, and was nominated for two other Academy Awards. When Jobs went public with the company, Pixar’s stock soared, thanks to Toy Story’s success. 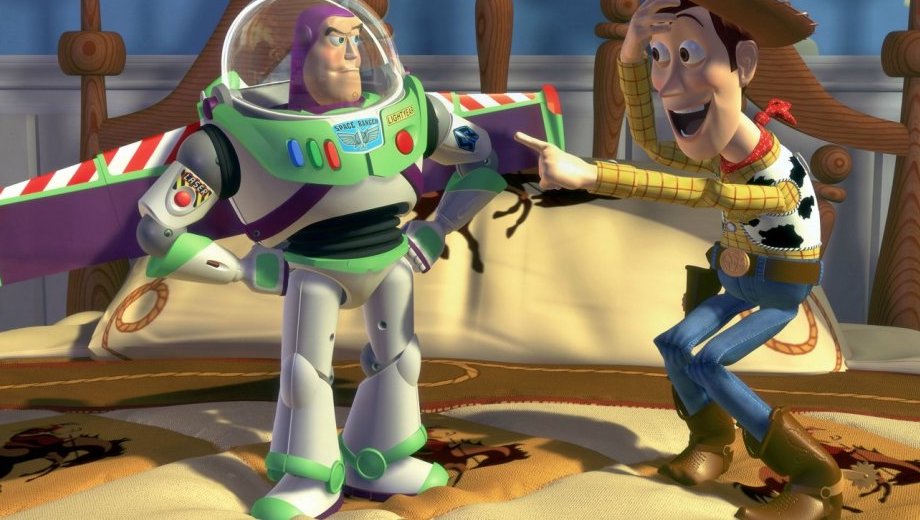 Since 1995, Pixar has received over 700 awards nominations, and has won more than half of them. After buying Pixar in 2006, An interviewer asked Disney CEO Bob Iger, following the 2006 purchase of Pixar, why Disney was hungry for the studio. His answer: guests recognized more Pixar characters at Disney Parks than Disney ones. Almost every year, the Oscars nominate a Pixar film for the Best Animated Feature. In the 2000s, the brand’s trust with consumers was so high that when polled, parents preferred Pixar films over Disney for their children.

The Luxo Lamp, Pixar’s mascot, is just as prevalent as Mickey’s ears. In fact Disney’s California Adventure opened an entire themed area dedicated to its brand and history. Their revolutionizing of the industry has further inspired experimentation within the medium (most notably, Oscar winner Spider-Man: Into the Spider-Verse). Pixar left a huge footprint on the industry 24 years ago, and each year, their influence only gets bigger and bigger. Even before their first film, Pixar solidified itself as a major force in motion picture history.