MISS JUNETEENTH Explores the Holiday in a Black Mother/Daughter Relationship

Miss Juneteenth, directed by Channing Godfrey Peoples, stars Nicole Beharie and Alexis Chikaeze playing a mother (Turquoise) and daughter (Kai) preparing for the Miss Juneteenth pageant. The movie explores issues that often take a backseat in films, such as being a Black woman and a Black teen, history, race, and racism, all with little to no white characters in sight—my kind of movie! The film is never unrealistic, moves at a steady pace, and wraps beautifully.

The struggle of a single mom caring for her child is relatable, and the element of race curtails the pair’s opportunities for success. Enter the Miss Juneteenth pageant, where the winner will receive a full ride to the college of her choice. Turquoise was a previous Miss Juneteenth winner; however, her life did not pan out the way she’d hoped and she is determined that her daughter Kai will succeed where she did not. But Kai is less than thrilled to be a part of the pageant, and it’s not hard to see why. 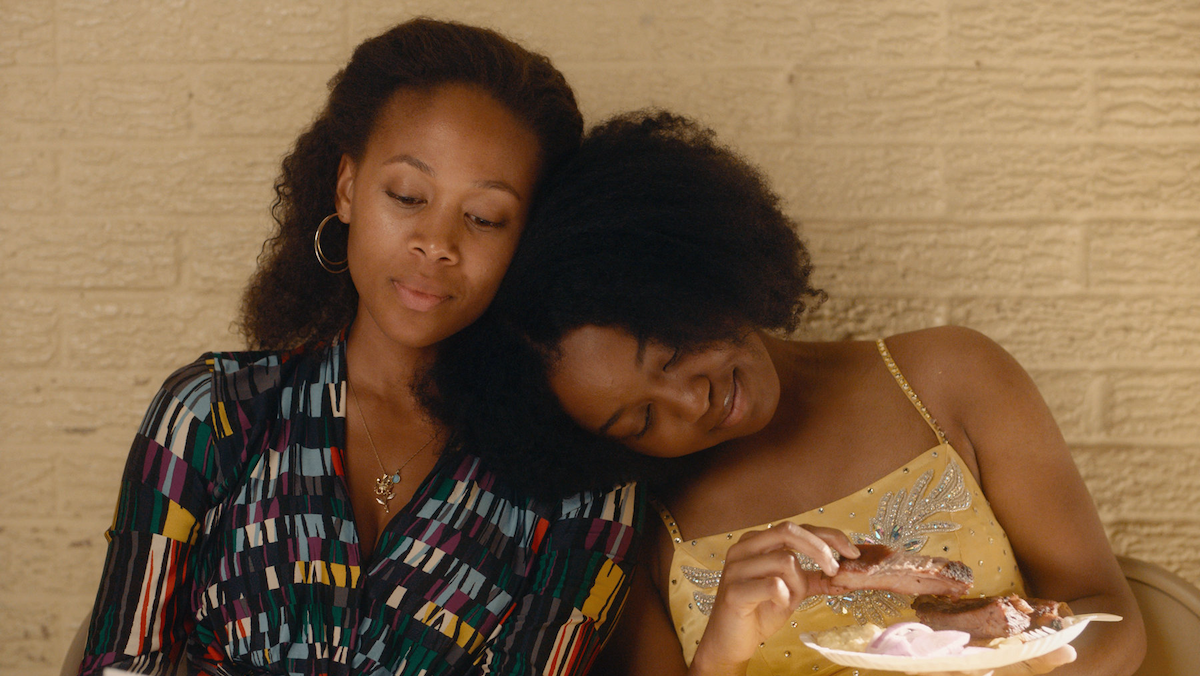 There are strict rules for pageants of these natures that focus more on presentation (i.e. appearance) than character. Even the hairstyles of those competing is about what is considered “looking your best,” all of them forgoing their natural hair for traditional European beauty aesthetics. The pageant causes further friction between Turq and Kai as Turq pushes her daughter to not only compete, but to submit to Turq’s ideas of how to succeed.

While additional problems inevitably crop up, the Miss Juneteenth pageant represents more than the possibility of education for this family; it represents an exploration of dreams, acceptance, and recognition. And while there are love interests explored in the film, they do not exist as a solution for mother nor daughter. They are capable of finding their own way. 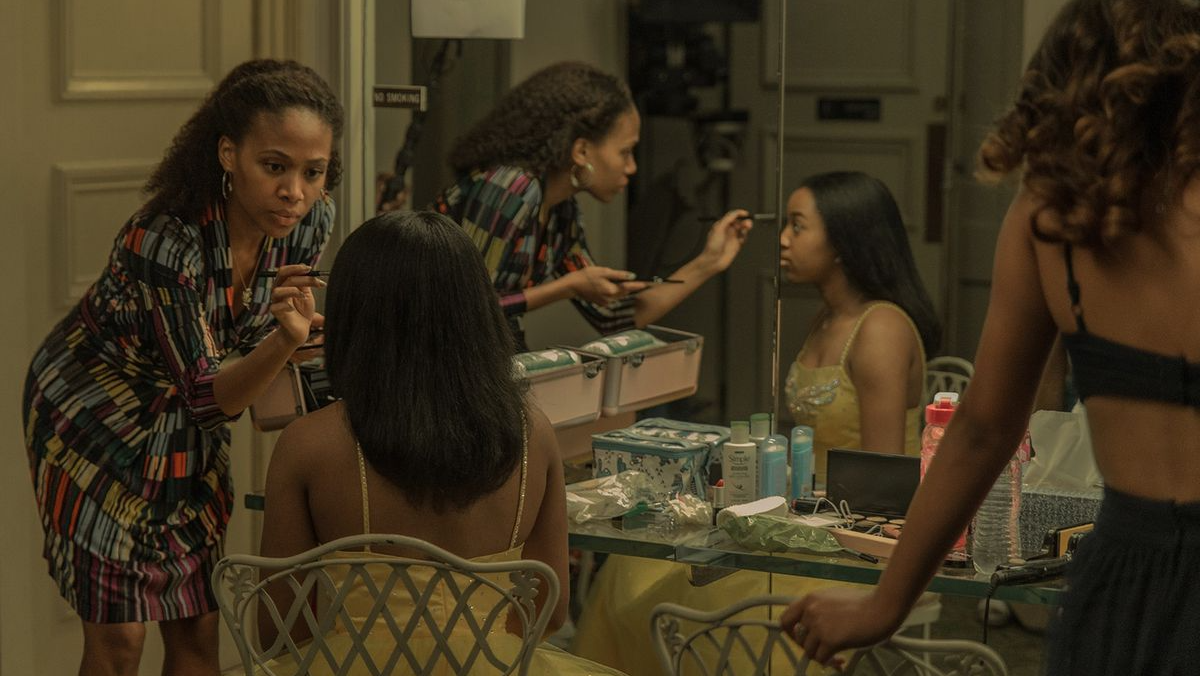 Nicole Beharie and Alexis Chikaeze play their roles magnificently. They share the easy affection and love of a mother/daughter dynamic, with the friction that arises when children grow and dream in a direction that makes their parents uncomfortable. Nicole Beharie plays Turquoise to perfection, with the emotional range necessary for a mother working several jobs to care for her child and maintain a level of kindness underneath the strength. Even when we don’t agree with her choices, there is never a question that she is driven by her love for her daughter, Kai.

When she is once again let down by her husband, Ronnie (Kendrick Sampson), we see Turq’s frailty and pain. Nicole shines here, and it’s hard not to cry with her (as we recall our own history) and to feel exhaustion from constant disappointment. Ronnie is not a necessarily bad character, as racism no doubt plays a role in his being jailed for killing a gator, but neither is he responsible enough to justify pushing to remain a part of Turq’s life. 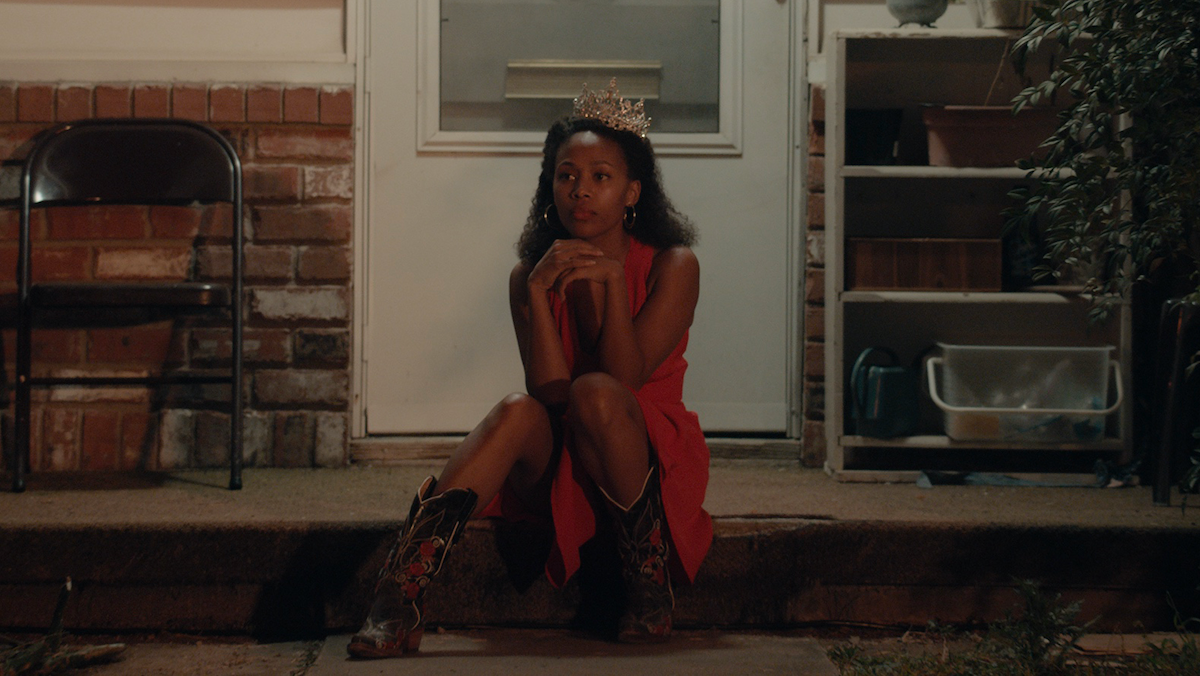 The supporting cast also offers exploration of the hypocrisy of followers of religion in the form of Turq’s mother Charlotte (Lori Hayes), a devout churchgoer as well as an abusive alcoholic who criticizes and schemes to sprinkle holy water on her daughter—who earns a living as a stripper, which Charlotte considers “devil’s work”—and granddaughter. We see each previous generation’s flaws and mistakes, but we also see the proceeding generations’ growth.

Juneteenth, the date when slavery ended, is of note particularly in Texas—where Miss Juneteenth takes place—as the state’s enslaved people did not discover they were recognized as free for over two years after the end of the Civil War. The film connects with this history in a story about Turquoise and Kai both learning that they were always phenomenal, without a poem, without a pageant, without men. They always had been.