What You Need to Know About Juneteenth's Legacy - Nerdist

What You Need to Know About Juneteenth’s Legacy

Many people in the United States commemorate this country’s independence and freedom on the Fourth of July, celebrating with displays of fireworks and countless celebratory events. However, the signing of the Declaration of Independence on July 4, 1776 only granted freedom to people who were considered human at that time: White men and women. Enslaved people in America were still a White man’s “property,” still toiling fields, still being beaten, and still very far from being legally free. Frederick Douglass summarizes this sentiment beautifully during a Declaration of Independence commemoration event on July 5, 1852.

“…I am not included within the pale of glorious anniversary! Your high independence only reveals the immeasurable distance between us. The blessings in which you, this day, rejoice, are not enjoyed in common. The rich inheritance of justice, liberty, prosperity and independence, bequeathed by your fathers, is shared by you, not by me. This Fourth July is yours, not mine. You may rejoice, I must mourn… ”

Douglass’ “What to the Slave is the Fourth of July?” speech mirrors many Black Americans’ thoughts today. For a lot of us, the Fourth of July is just a paid day off work (we will take it) and a chance to throw something on the grill. It doesn’t hold any real sentimental value because it’s yet another reminder of how our people have been treated in America. For others, there is a desire to have pride in the place where you have lived most or all of your life, but it’s not easy considering this country’s past. Blackness is not a monolith, so we all have varied and complex feelings about Independence Day.

Because of this, a lot of Black people choose to celebrate Juneteenth. While this holiday has been around for many years, there are still some people who may not be clear on what it is, why it’s important, and how to support this holiday commemorating the first steps towards Black liberation in America.

Here’s what everyone needs to know about Juneteenth:

Juneteenth—a portmanteau of “June” and “nineteenth”—is a commemoration of the ending of slavery in the United States. On June 19, 1865, Union soldiers led by Major General Gordon Granger came into Galveston, Texas with news that the Civil War had ended and enslaved people were free. This declaration came over two years after President Lincoln signed the Emancipation Proclamation on January 1, 1863.

The Emancipation Proclamation was hard to enforce in states like Texas that didn’t have a sizable Union troop presence. Texas was the last state to have the proclamation announced, so June 19 became the day that all enslaved people were aware of their legal freedom. Of course, that “freedom” was conditional because of racist legal and social systems still in place to make it difficult for them to build a life. But it was a big step towards having autonomy over their daily lives.

#OTD in 1865, enslaved African Americans were notified of their freedom by Union troops in Galveston Bay, TX—two years after the Emancipation Proclamation was issued.

Known as #Juneteenth, this day is widely celebrated as the end of chattel slavery in the U.S. #APeoplesJourney pic.twitter.com/NsjdV6swG0

Juneteenth celebrations date back to 1866 with Black Texans gathering to share food, stories, inspirational messages, and publicly read the Emancipation Proclamation. The celebrations often took place in Black communities and in nature because those were the only places that Black people were welcome, and legally able, to gather in peace.

Over the years, Juneteenth celebrations have expanded across the country with street fairs, cookouts, rodeos, park celebrations, and other prominent events. Many Black families have chosen to commemorate the day by organizing family reunions on or near Juneteenth. (Cue The O’Jays’ “Family Reunion.”) It’s still not an official national holiday like the Fourth of July, but Juneteenth celebrations exist in many major cities. Almost every state recognizes Juneteenth as either a state holiday or a ceremonial/celebration holiday observed by many people.

Today I will sign an Executive Order recognizing #Juneteenth as a holiday for state employees.

I will advance legislation to make it an official state holiday next year.

Virginia has marked this important milestone with an annual written proclamation.

We need to do much more than that.

Today, I announced that Juneteenth will be a paid state holiday in our Commonwealth this year, and I will work with the General Assembly to make this permanent.

Virginia Governor Ralph Northam recently announced that Juneteenth 2020 will be a paid state holiday while New York Governor Andrew Cuomo is advancing legislation to make it an official state holiday in 2020.

Juneteenth matters to many Black people for several reasons. It’s the symbolic day that our ancestors could walk away from people who used to declare ownership over them. Whereas many American holidays (centered on violence and appropriation) were created by White people, Black people created this day to celebrate their own liberty. Many of them were happy and hopeful about building a life for themselves and their descendants, and wow did they build quite the legacy in the face of hatred and pain. Black American innovation, power, and culture continues to shape and shift the world every single day.

Juneteenth is also a reminder of the pervasive issues that have always plagued Black people in America. The belief in White supremacy allowed slavery to happen in the first place and played a role in delaying its end. It took almost 90 years after the U.S. was “liberated” for all enslaved people to be released from physical bondage.

This is the American way—creating delays and complex legal/social barriers to keep Black and other marginalized people from freedom and equality. It’s a reminder of how far we’ve come and how the fight still continues in a system that was built on a declaration seeped with inequity and racist ideology. 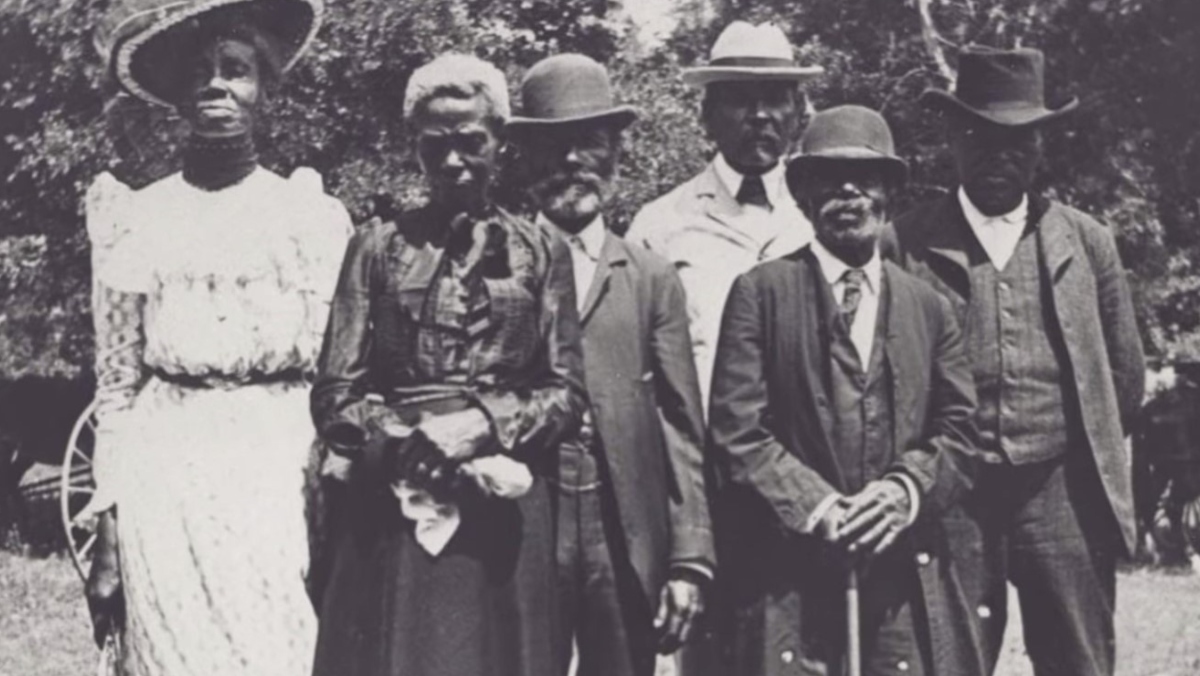 The complications of celebration

The understanding that Black people are still fighting for equality and freedom makes Juneteenth a complicated holiday for some. Journalist Quintez Brown’s USA Today opinion essay declares that there is no true independence day for Black people until we are given the same social, legal, and political leverage as White people (specifically White men). He ponders how a White person can tell a Black person, another human being, that he is free.

“But how can a white man tell a black man that he is free? What moral authority does the white man have to determine the freedom or servitude of another man?”

From this perspective, it makes sense why Brown, and others, may not see Juneteenth as a Black independence day or may have complex feelings about it in general. Being a Black American is a constant emotional balance of pride, pain, anger, and frustration over our people’s past, present, and future as you continue to fight for different freedoms in a place where White men still call most of the shots.

Juneteenth is in the news in the midst of a continuous fight against systemic racism. Companies like Nike, Twitter, Square, and Vox Media are now adding Juneteenth to their paid holiday lists in an effort to celebrate Black history and culture. It’s an interesting move, but such organizations also need to adopt structural and cultural changes to create professional environments that are safe and suitable for Black talent to thrive.

Both Twitter and Square are making #Juneteenth (June 19th) a company holiday in the US, forevermore. A day for celebration, education, and connection.https://t.co/xmR3fWMiRs

The holiday got some recent love on Black-led TV shows like blackish and Atlanta. Sundance 2020 film Miss Juneteenth will celebrate the 2020 holiday with a story about former beauty queen preparing her daughter for a Juneteenth scholarship pageant.

How can I acknowledge and support Juneteenth?

You may be a non-Black person who feels the urge to host a Juneteenth party to show “solidarity,” but please don’t do that. This holiday is specifically about Black people honoring their history. Instead, your focus should be about what you can do de-center yourself and support Black people. You can lend financial support to those who organize local Juneteenth celebrations in your area, if they exist.

If not, check in with organizers to see if what supplies you can help gather for protesters—whether you can or cannot physically join them. The Movement for Black Lives has a call to action for everyone to stand with their local Showing Up for Racial Justice (SURJ) Black-led chapters. Do even more research on Juneteenth and share that information with others in your inner circle about why it’s important.

Support Black-owned businesses and Black creatives online or in person on June 19. Sign petitions, call legislators in your state to demand action and justice, and donate to organizations supporting Black equality and liberty.

Juneteenth is a day of many things: reflection, action, celebration, and determination. May those who celebrate Juneteenth feel pride in their legacy, channel the joy of their ancestors, and continue to push towards a future where we are all granted the same freedom to exist and love without fear.