Michael B. Jordan Is a Handsome Amazon Alexa in New Ad - Nerdist

Michael B. Jordan Is a Handsome Amazon Alexa in New Ad

My wife is a huge fan of Michael B. Jordan. I think she just really enjoys his work on screen. And who can blame her? He’s a great actor and a good guy! Sometimes I think she might even have a little crush on him. Probably because we share the same first name and he’s kind of a nerd too. I think that’s sweet. Her fondness for watching any project he’s in—and then rewatching it an unusual number of times—is why I’m sure I already know what her favorite Super Bowl commercial will be this year. In a new ad Michael B. Jordan stars as one woman’s ideal vessel for Amazon’s Alexa.

Jordan  plays one Amazon employee’s fantasized answer to how the company could possibly improve upon the sleek new round body for its Alexa. She can only daydream of only one better option: Michael B. Jordan. Understandably.

With glowing blue eyes, “Michael B. Alexa” answers her questions, follows her demands, and reads to her. He also enjoys a long steamy bath and removes his shirt a lot. Not sure I understand why that is necessary. I own an Alexa and it doesn’t have to remove its protective casing when I ask it to turn off the light. Strange. That must be why I really empathize with the frustrated husband here. It’s like, what is going on?! 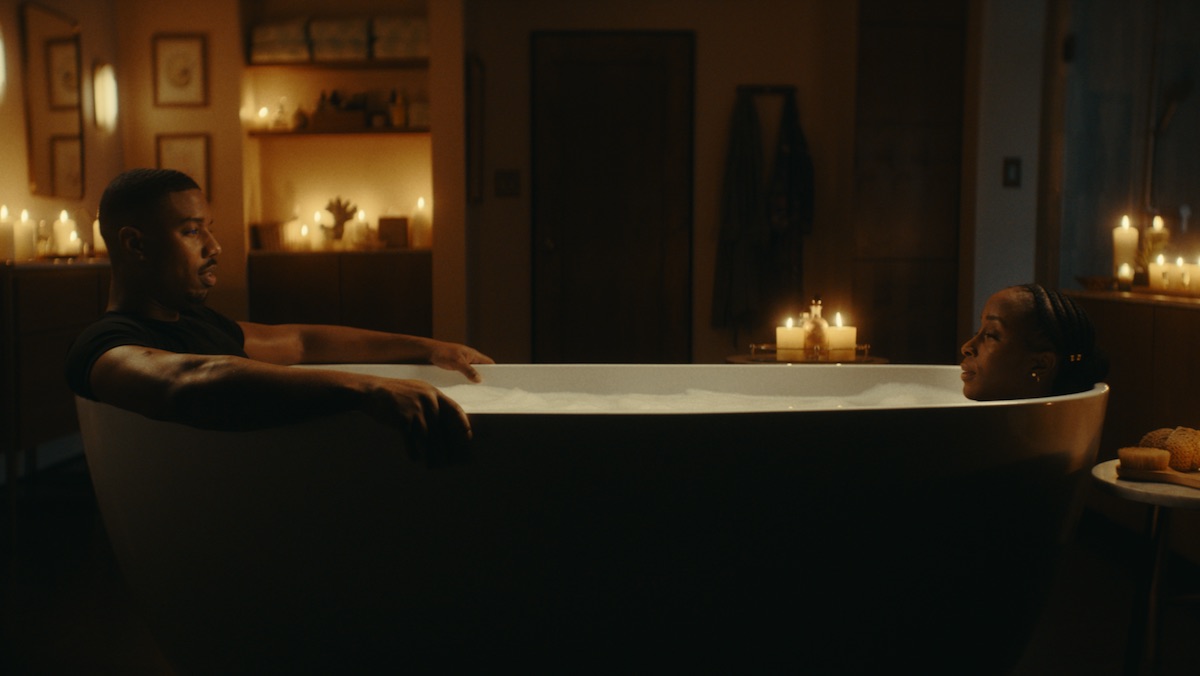 This ad also doubles as a sneaky quick promo for Amazon Studio‘s upcoming movie Without Remorse, which also stars Jordan. No word yet on if he’ll also needlessly remove his shirt in that. But one thing I am sure of is that my wife will want to see it. Multiple times. She just loves his acting.

Although, this commercial does raise something about him I hadn’t really considered before. Michael B. Jordan is a great actor. But I wonder if my wife has ever noticed he’s also kind of attractive too.