These MCU Bottle Openers are Both Cosmic and Mighty - Nerdist

These MCU Bottle Openers are Both Cosmic and Mighty

The Marvel Cinematic Universe has created some truly iconic weapons in its 23 movie run. The most famous of those being the Infinity Gauntlet and the Asgardian hammer Mjölnir. Of course, there were already iconic to legions of Marvel Comics fans. But now everyone all over the globe knows about Thanos’s universe crushing glove and Thor’s mystical mallet.

Thanks to the folks over at Geeks Are Sexy, we have learned that those ever-so-deadly weapons now have replicas meant to destroy only one thing – your bottle caps. 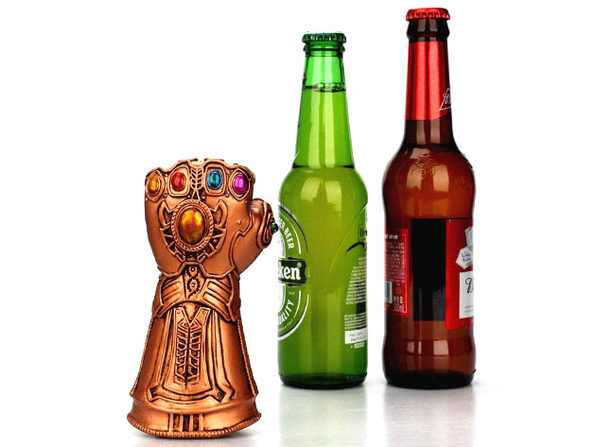 The Thanos Bottle Opener, as it is officially called, is described as “taking the cap off your favorite beverages in just a snap.”  This tool’s electroplated retro copper color, fashion design shows people’s “wisdom to pursue a creative life.” Featuring the Infinity Gauntlet design as seen in the films, this tool is an excellent gift for Marvel fans who just want a more perfectly balanced universe. And a tall frosty beverage. You can now purchase the Infinity Gauntlet bottle opener for a reasonable $10.99. 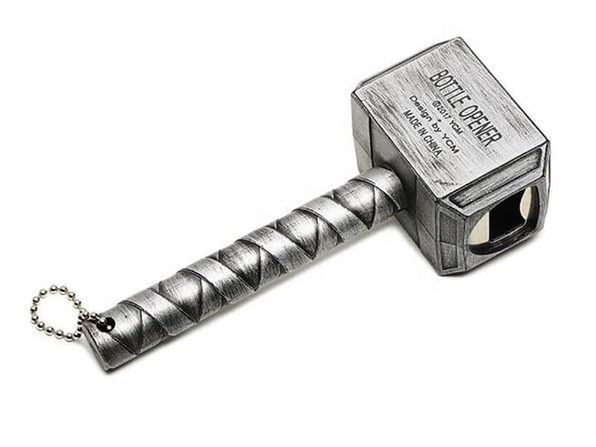 Intergalactic despotism not your flavor of choice? Then might we instead suggest the God of Thunder’s original favorite weapon, the mighty Mjölnir. Forged for the Odinson in the heart of a dying star, its power has no equal as a weapon to destroy or as a tool to build. Or, as it turns out, to open that bottle of Coors Light. Just whatever you pour your drink into, don’t smash it on the floor like Thor did. That’s just rude. You can order your Thor bottle opener now for also just $10.99.

There’s some other cool MCU-themed bottle openers we’d love to see down the line. We’re thinking Cap’s Shield, or Iron Man’s repulsor glove. Hey, Even Doctor Strange’s sling ring might make for a cool bottle opener. When it comes to MCU possibilities, the options are endless.