Beadle and Grimm’s Pandemonium Warehouse caters to a very specific and enthusiastic customer base: Dungeons & Dragons players and Dungeon Masters. The company has partnered with Wizards of the Coast to offer DMs exquisite D&D accessories and game components they won’t find anywhere else. Their latest collection, the Platinum Edition for Baldur’s Gate: Descent Into Avernus, is a jaw-dropping assortment of maps, handouts, props, miniatures (which aren’t exactly miniature), and more that will make your next D&D campaign one you’ll be talking about for years. And we’ve got a look at what’s inside.

Beadle and Grimm’s was founded by a group of friends and longtime D&D players who turned their love of the hobby into a business. Matthew Lillard, Bill Rehor, Charlie Rehor, Jon Ciccolini, and Paul Shapiro had the idea for the company in 2017 and took a chance to make it happen. (Yes, that Matthew Lillard.) Inspired by their own Dungeon Master and his fondness for making handouts and props for his players, Beadle and Grimm’s released their first Platinum Edition box in 2018. They’ve continued to sell out boxes ever since.

At a whopping $500, the limited edition “Platinum” boxes offer unbelievable, high-end components to turn your D&D game into an experience. Let’s take a look at the amazing contents of the latest offerings from Beadle & Grimm’s Pandemonium Warehouse. 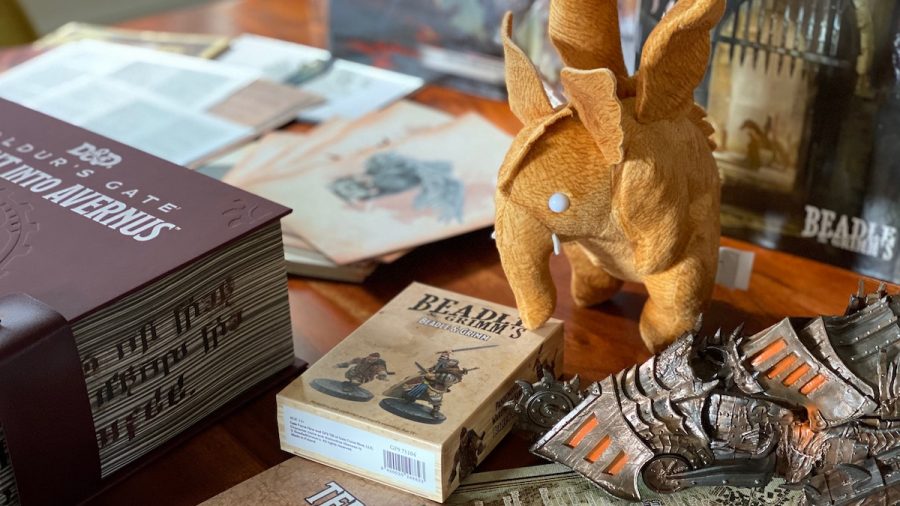 When you crack open the huge, embossed box, you can’t help but immediately notice the lovable Lulu. Lulu the Hollyphant is arguably the most important NPC in Descent Into Avernus, and she’s definitely the cutest. (Some D&D fans might also argue that the box is worth it just for Lulu alone. Ahem.) The plush Lulu is well-made and soft, and perfect for squeezing when you need a boost of courage.

You’ll also find NPC encounter cards, which show the enemy players are fighting without giving away any stats; small dungeon maps; pre-generated character sheets; accessories like metal badges crafted by Han Cholo; two custom Dungeon Master screens, one for adventures in Baldur’s Gate and one for the journey to the hellscape of Avernus; miniatures of Beadle and Grimm themselves just for fun; a massive Soul Coin; and the adventure book itself, divided by chapters to make it easier than ever to send an adventuring party to hell. 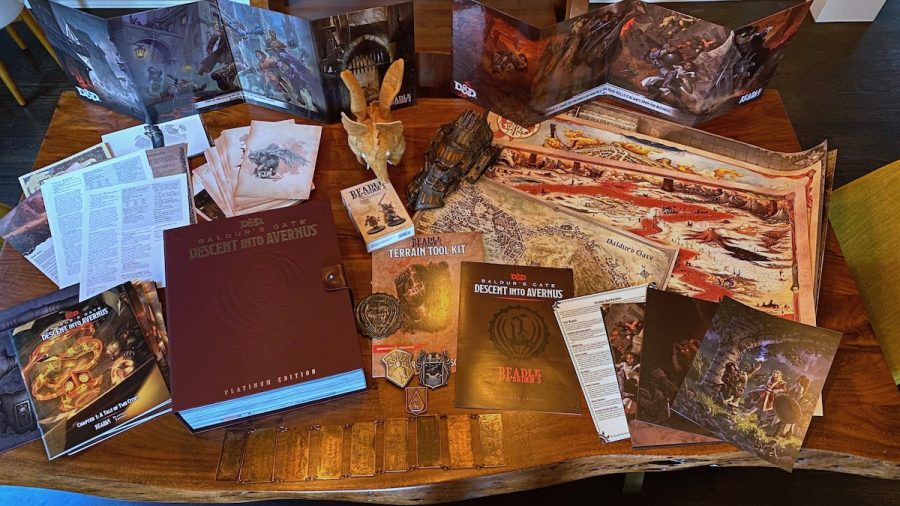 You’ll also find an assortment of full-color, canvas printed maps of the major locations of the adventure that practically beg to be hung on your wall. The other standout of the Platinum Edition is the “miniature” of the Infernal War Machine. Gloriously detailed and masterfully designed to open up and hold character minis inside, players will be traversing Avernus in Mad Max-style races in a part of the adventure no one will ever forget.

It’s impossible to ignore the staggering price of this collection of D&D goodies, but every piece of paper or prop that you pull out of this box feels like you’ve made a great investment for the entire group. If you have a dedicated D&D group that you know will see a campaign through to the end, you can split the cost and treat your Dungeon Master to a Platinum Edition box for a treasure you’ll all enjoy together. 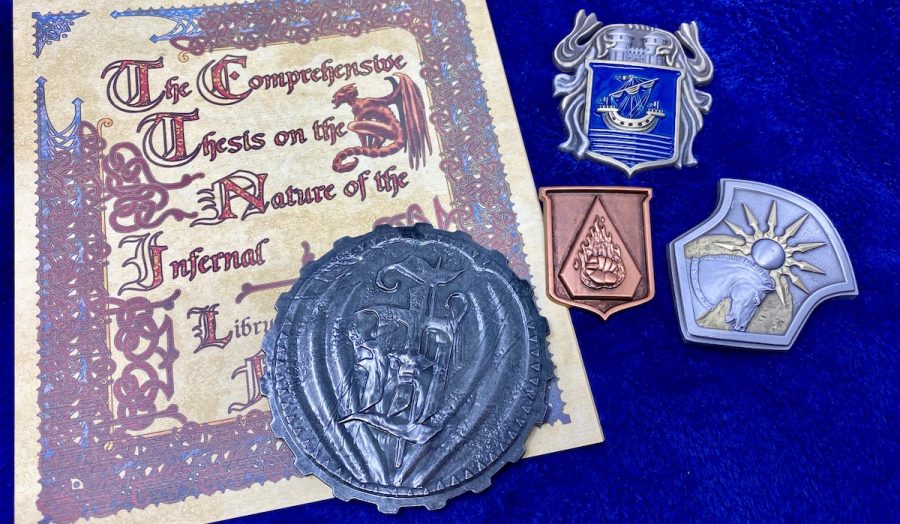 While the Platinum Edition of Decent Into Avernus is sold out—quantities of every box are limited—keep an eye on Beadle and Grimm’s Pandemonium Warehouse for future offerings tied to major Dungeons & Dragons releases.

Want to see even more? Matt stopped by Geek & Sundry to unbox this edition and tell you more about all the goodies you’ll find inside!