Not only do we have a look inside the box for you, but Matthew chatted with Geek & Sundry about how the boxes come together and the joy it brings everyone in the company when customers share their excitement for what they find inside. 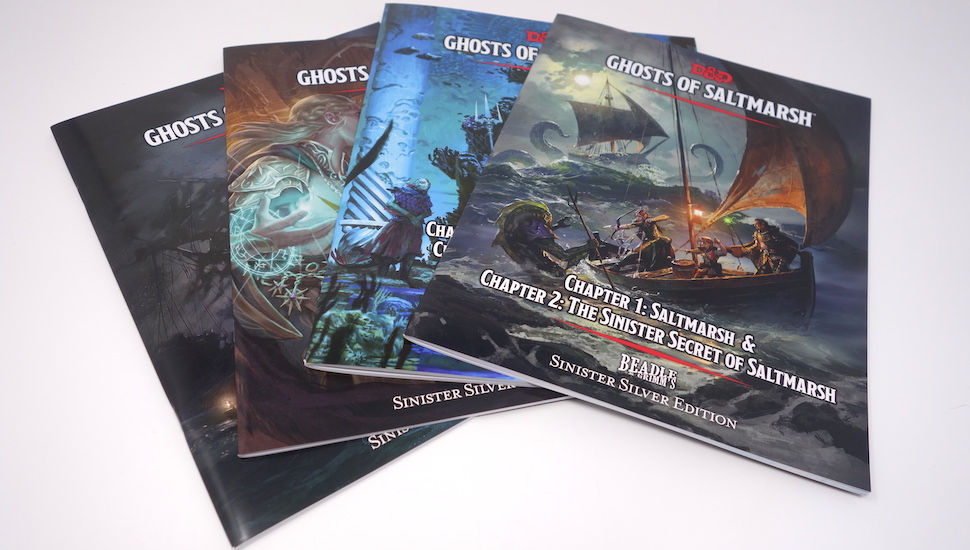 Minor spoilers for the box contents follow, but nothing that gives away the plot of Ghosts of Saltmarsh.

Beadle and Grimm’s was an idea born out of the Stream of Annihilation, the first official D&D livestream event in 2017 that brought players from around the world to play together. Matthew and his friends were chatting during the event, and the idea of high-end components for Dungeon Masters was born. Those friends, by the way, are the same players who have sat around the table with Matthew for the last 40 years or so. The company was founded by the group of five friends not long after.

“[Beadle and Grimm’s] came out of a conversation with the guys that I play with now, with our main DM being a part of that conversation,” he tells us. “The way he DMs, he uses all kind of visual aids. He spends so much time collecting things on the weeks between us playing. And then he asks to show you, lifting it up and having to cover up pictures [like] the stat blocks in the books so you can see the big bad guy.” 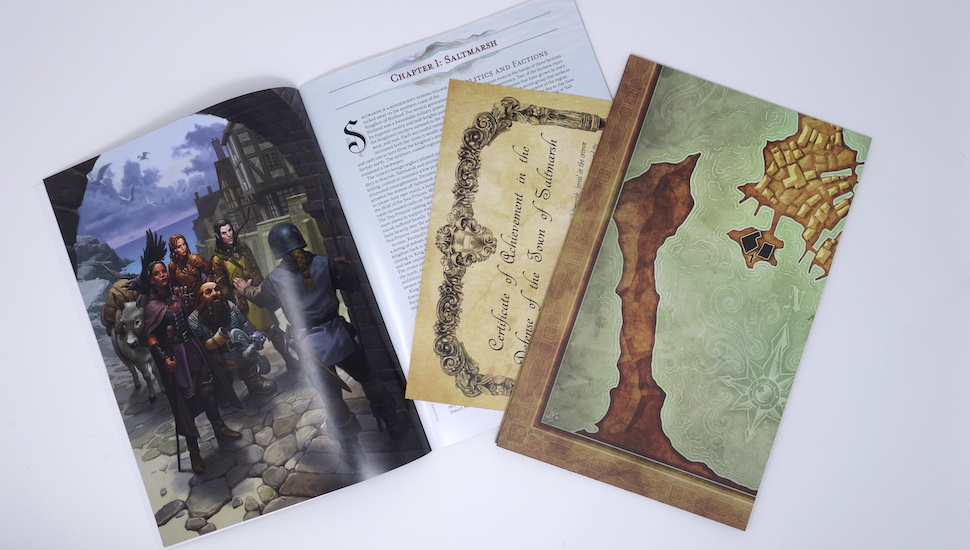 The props, maps, artwork, and more offered as Beadle and Grimm’s wares remove that risk altogether, allowing the Dungeon Master to show the players only what they want them to see.

“Everyone DMs but me because it’s just not how my brain works,” says Matthew, “so they all have brought to the table their own DMing experiences that sort of have informed everything. I think the idea of the company was born, and then in discussion came the things we created like encounter cards and customized DM screens. All that came out of real-life lessons we learned over the last 40 years playing Dungeons & Dragons.”

In the two years since the company was created and their first boxes shipped, they’ve learned so much that the difference between Waterdeep Dragon Heist and their current box in development, Descent Into Avernus, feels like night and day, Matthew says. “Where we are now, compared to where we came in, it’s hard to even articulate. When we pitched the idea originally at Wizards, they were like, this all sounds amazing—you’re going to learn so much in the next six months.” 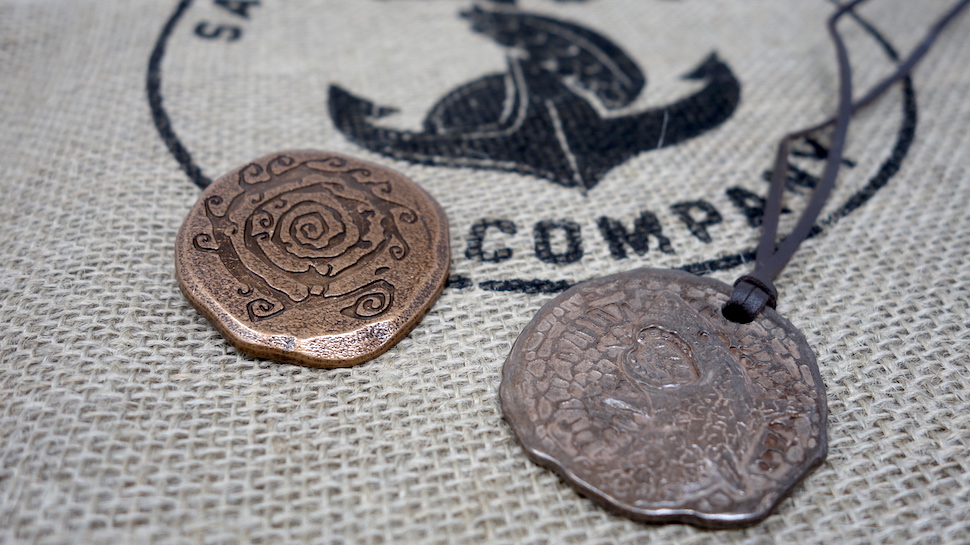 “Now that we’re in the middle of our third box, we know there are certain elements that we want to include in all boxes. We want to do custom DM screens. We know battle maps are a big deal for us. For our customers, we know that encounter cards are a game changer, so encounter cards are big for us. So there’s a bunch of things we can sort of scratch off [the list] right off the top, and start digging in.”

Wizards of the Coast begins working with Beadle and Grimm’s about ten or eleven months in advance of a new supplement. The group combs through a preview document, Matthew says, looking for inspiration of what to include in the accompanying box. “That’s the best meeting we have of the year, sitting down and cracking what can go in the box. It’s the best.”

Beadle and Grimm’s Pandemonium Warehouse is absolutely a labor of love. For Matthew, the biggest reward isn’t monetary, but the moments when people share their genuine enthusiasm for the box with him. “I know it sounds cheesy, but the truth of the matter is, we’re creating things that we really love,” he says. “Our hope is that when people open the box, they’re super excited about being a fan of this game and being a part of this community.” 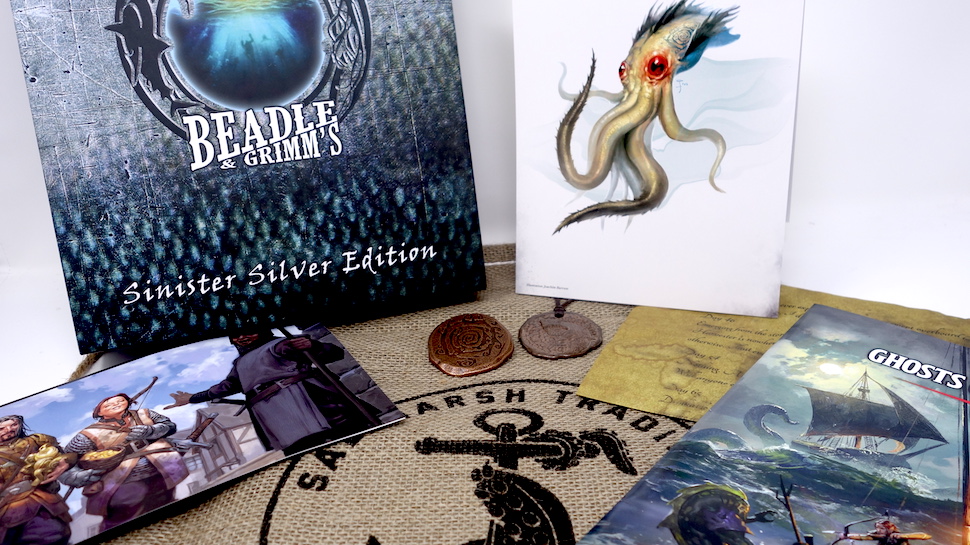 Beadle and Grimm’s really does love seeing your reaction when you open your newest box! Share it with them on Twitter and be sure to include Geek & Sundry in the tweet—we’d love to see it, too.

All Artwork and Props: Beadle and Grimm’s Pandemonium Warehouse / Wizards of the Coast