Friend of Geek & Sundry and Dungeon Master Extraordinaire Matt Colville recently returned to the table with his  Dungeons & Dragons players after a year hiatus. Their new campaign, The Chain, livestreamed its first episode to over 10,000 enthusiastic viewers. In the game, we meet five new characters, one of which plays the custom class Matt devised just for this campaign, called the illrigger. Thanks to Matt, you can download an alpha version of this paladin from hell right now for your game at home.

The Chain itself is a mercenary organization in Orden, the world in which Matt’s new campaign takes place. The players, a mix of D&D veterans and newbies, are members of The Chain. The professional soldiers find themselves in the town of Blackbottom as the story begins, hired to assassinate the Archwizard Mortum.

“The illrigger is a custom class that I built from scratch,” said Matt during the first episode. The description calls the class “the terror-commandos of Hell, […] high charisma counter-paladins who master devils and cast their own unique spells.” He crafted the illrigger to help his player Anna create the evil paladin of Asmodeus she was dreaming of. 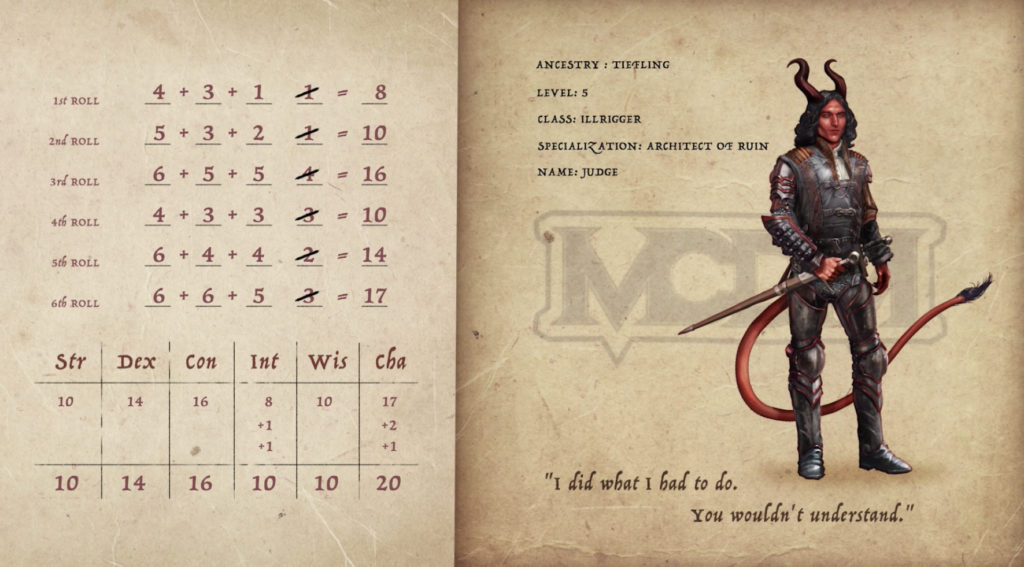 He notes that the class will likely be tweaked as it is played, but you can download and read about the illrigger on the MCDM website. (He prefers to err on the side of overpowering, as it tends to be easier to adjust.)

Catch up on the first episode now, and watch The Chain live on Wednesdays on the MCDM Twitch channel.