It’s the question that’s been on the minds of Marvel fans for a while now: why didn’t the Eternals help the Avengers fight Thanos? As the new Eternals trailer reveals, they were instructed not to. And not just by Kevin Feige and the MCU’s plotting strategy. You see, Eternals don’t interfere with human conflict—unless they involve Deviants, the monsters the Eternals protect humans from. So, why, if they’ve purposely stayed hidden for 7,000 years, are we finally meeting them now? Well, it seems the snap that brought half of Earth’s population back has something to do with it. Yep, we’re steamrolling ahead towards something of an apocalypse. And we get just a little preview of the action in the stunning final trailer.

After centuries of roaming the Earth, each on their own path, the Eternals are coming together because of a threat only they can defeat. As Salma Hayek’s Ajak explains, when Avengers defeated Thanos and Hulk brought back the blipped population with a snap of the finger, “[it] provided the necessary energy for the emergence to begin.” Sounds pretty ominous and the perfect occasion for a family reunion.

But, as the trailer suggests, Eternals isn’t all serious. In fact, it actually seems quite funny. Marvel’s always balanced levity with its devastating betrayals and moral quandaries pretty well. And luckily, that trend continues into its next phase. 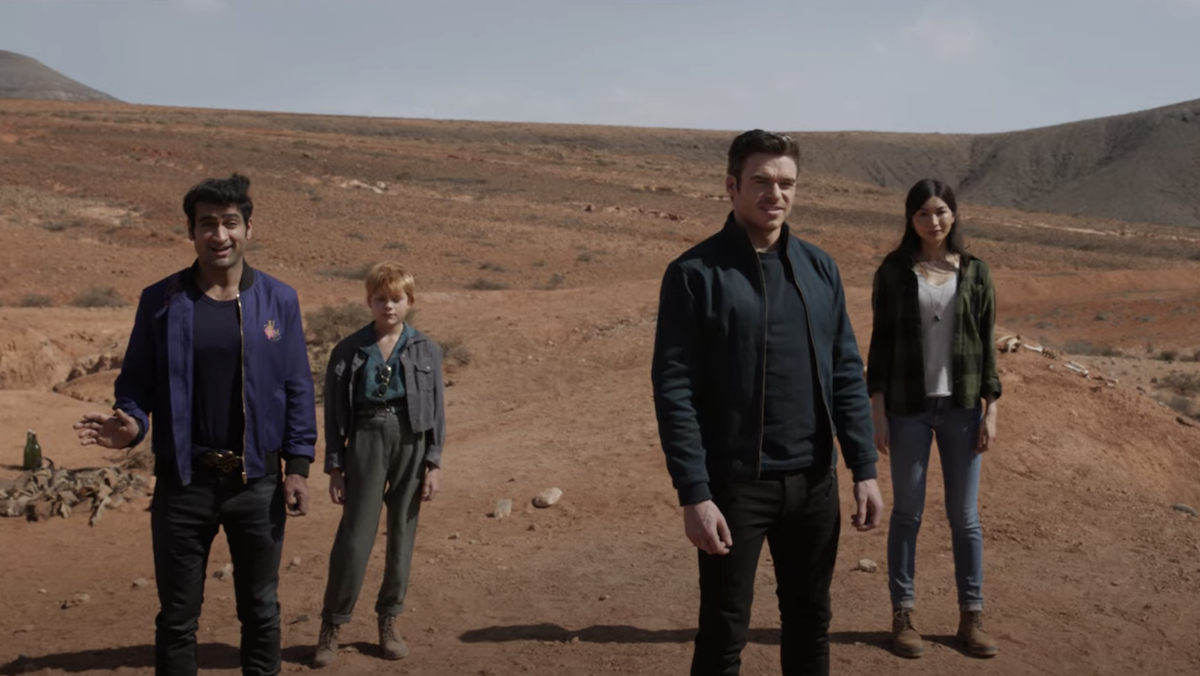 If we weren’t excited enough for the film, the talent has us fully hyped. The movie is in the hands of some incredible artists, both in front of and behind the camera. The director and co-writer is Chloé Zhao, who just won two Oscars for Nomadland. And if you’re curious, that is Ramin Djawadi’s score giving you chills in the trailer.