Everything We Know About Marvel's ETERNALS - Nerdist

Everything We Know About Marvel’s ETERNALS

Marvel’s Eternals film is finally just around the corner. If you don’t know the Eternals, you’re not alone. But the alien Celestials are touching down on Earth—and the MCU—in November 2021, with a spectacularly star-studded cast. And a Oscar-winning director. It feels like a lifetime ago that Kevin Feige first introduced the cast at 2019 San Diego Comic-Con. But now MCU Phase 4 is officially here, and Eternals is among the most anticipated new arrivals to the franchise. Here’s everything we know about the upcoming film. 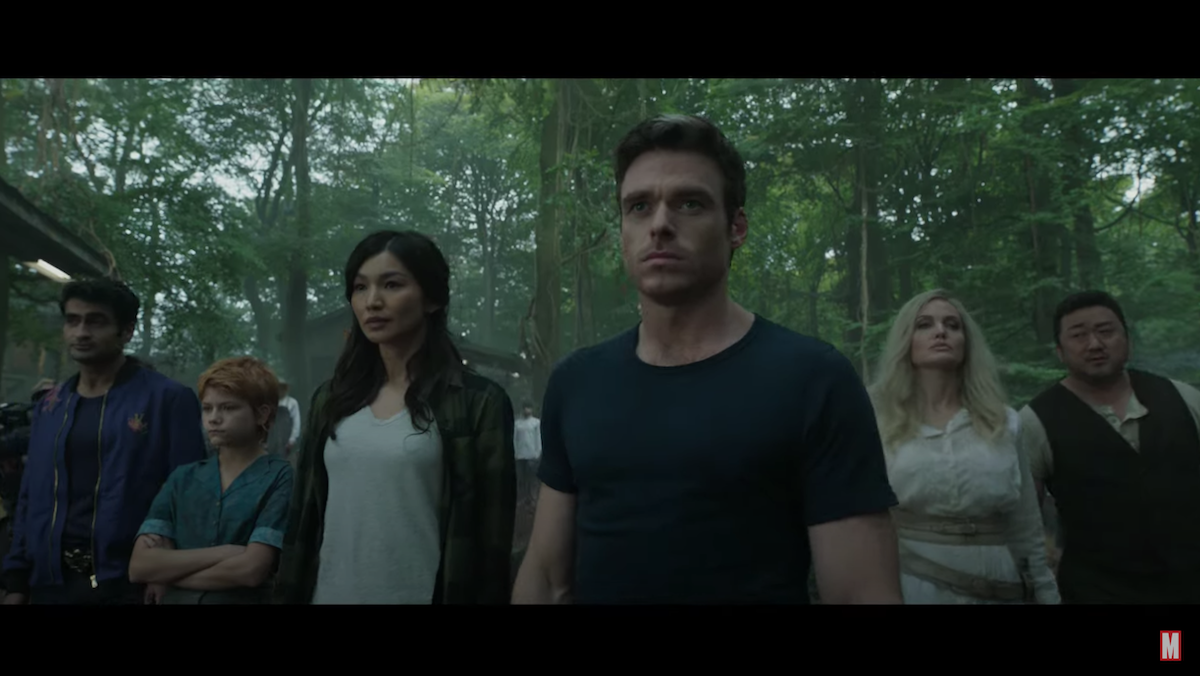 First, Eternals is directed by Chloe Zhao; she’s the first woman to direct a Marvel movie solo and just won an Oscar for Best Director for Nomadland.

Her cast for the movie includes:

In the comics, the alien Celestials intended the Eternals to be the defenders of Earth. This leads to the inevitability of war against their destructive counterparts, the Deviants. The Eternals were created by Jack Kirby and made their first appearance in The Eternals #1 (July 1976).

Just a few months before Eternals bows in theaters and Marvel Studios is already giving us one last look. In the latest trailer for the star-studded film, we learn why the Eternals didn’t intervene when Thanos eliminated half of Earth’s population. And we also get a glimpse at Deviants, the monsters they protect humans from.

Alongside the trailer, which also gives us a tiny look at Kit Haringon’s Dane Whitman, Marvel also released a jaw-dropping poster featuring the titular beings. 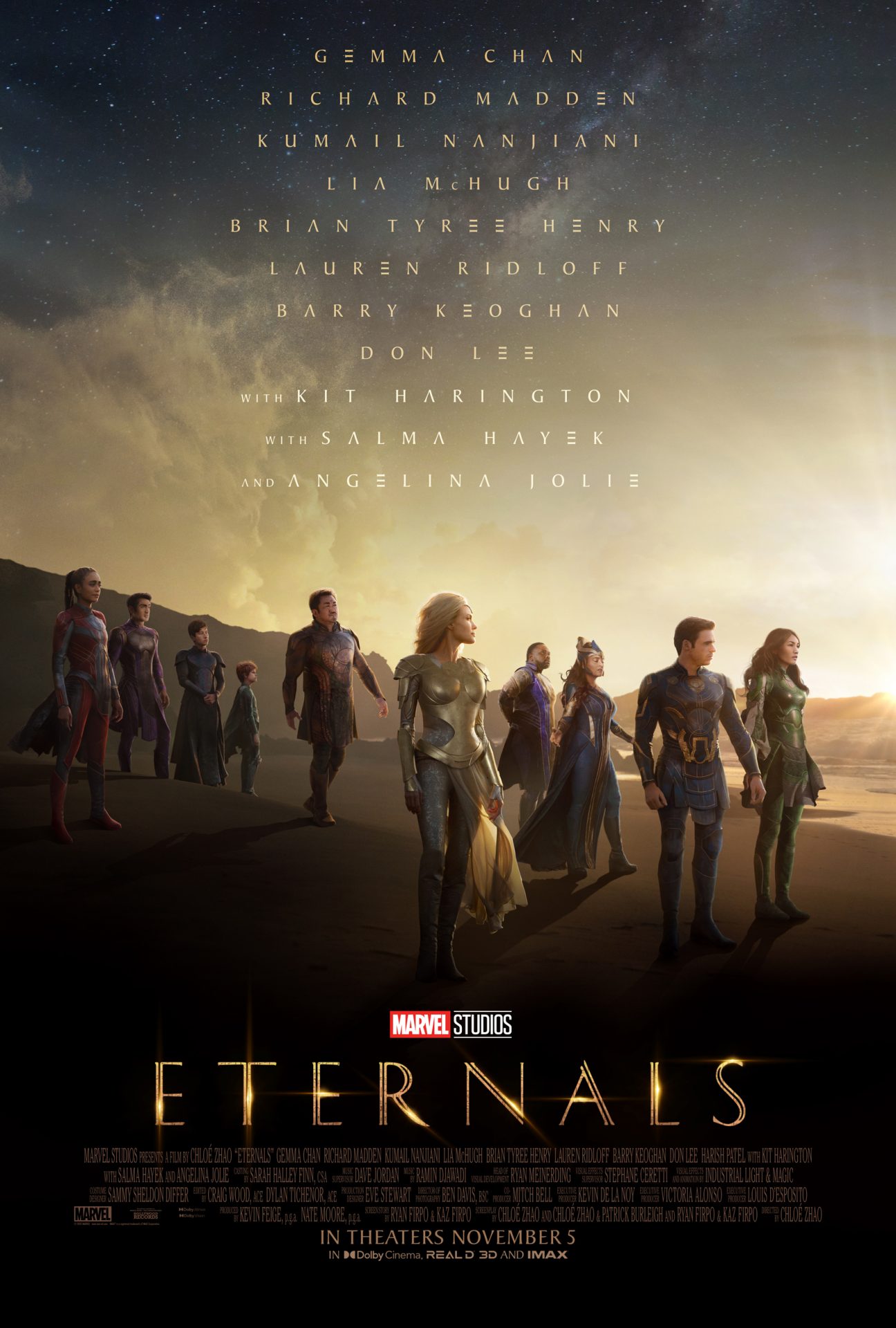 When’s It Coming Out?

Eternals is slated for release on November 5, 2021.