“Is it September 7th yet?” has been the question fans have been asking for months now, awaiting the arrival of Marvel’s Spider-Man on the PS4. We are happy to announce that the answer to that question is finally YES! If you were one of the many, many people that pre-ordered the game, you received the Spider-Punk costume as a bonus. Spider-Punk is Hobie Brown ( The Prowler on Earth-616) from Earth-138, who uses punk rock to fight President Osborn’s evil regime. If having the video game version of Spider-Punk isn’t good enough for you, Hot Toys has you covered with their newest sixth scale figure.

Now the question is not “How awesome is this figure?” (The answer is “extremely.”) The real question is “What is the best part of this figure?” At first glance, you’d think it was the James Hetfield Black Album-era guitar customized with webbing.

Then you have to take into account the sleeveless jean jacket with the black Spider-logo on the back. Think you’ve made a decision?

That’s right. We forgot to bring up the customized Chuck Taylor’s he’s wearing. If you’ve ever been on the fence about starting to cosplay, you really couldn’t go wrong starting off with Spider-Punk. The figure also comes with three sets of interchangeable eyepieces, various webbing, six sets of hands, and a customized stand signifying both the video game and Spider-Punk himself.

You can check out more pics in the gallery down below, and will be able to pre-order Spider-Punk from Sideshow Collectibles here.

So what do you think? Will you be ordering Spider-Punk during video game breaks? Let us know on Facebook or sound off in the comments below. 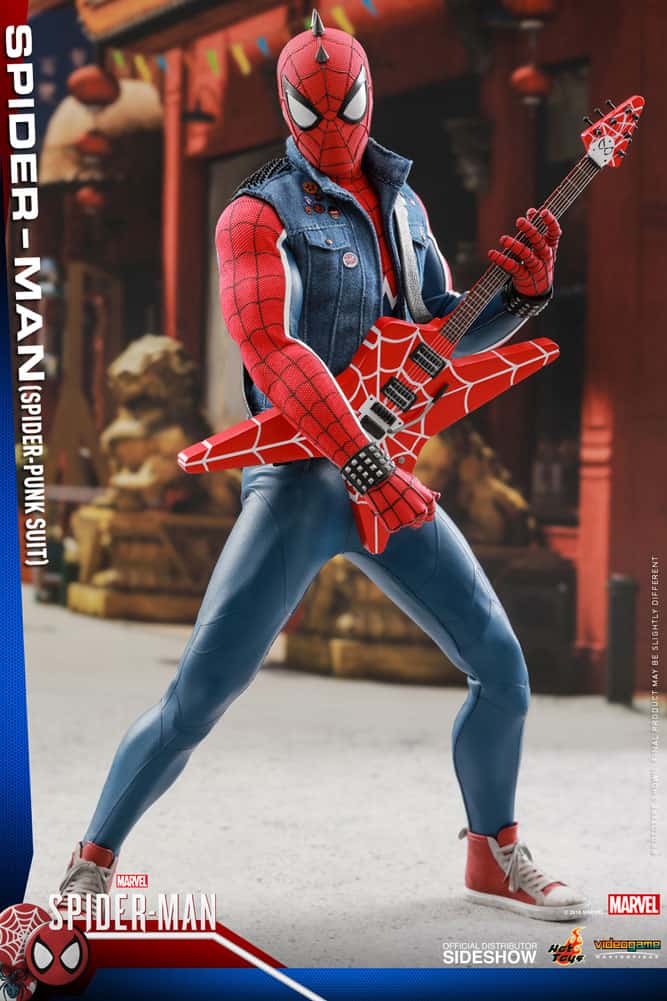 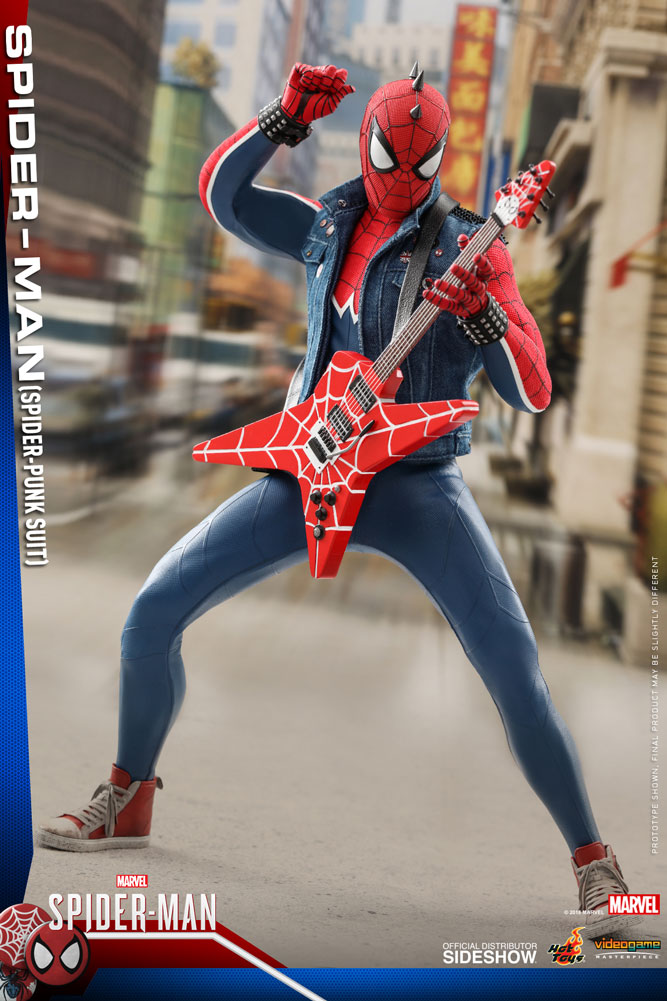 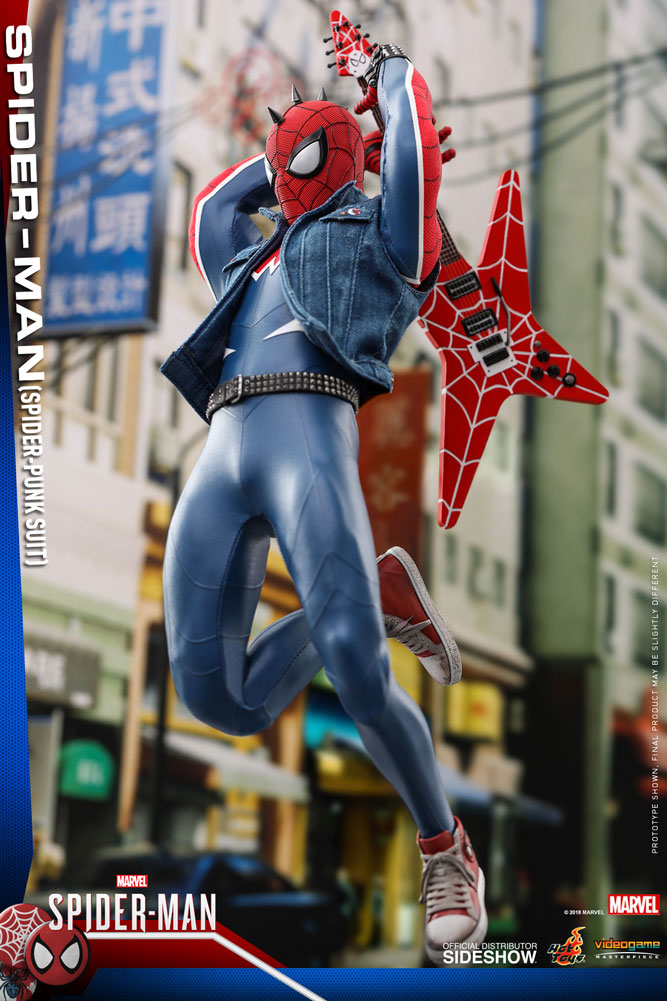 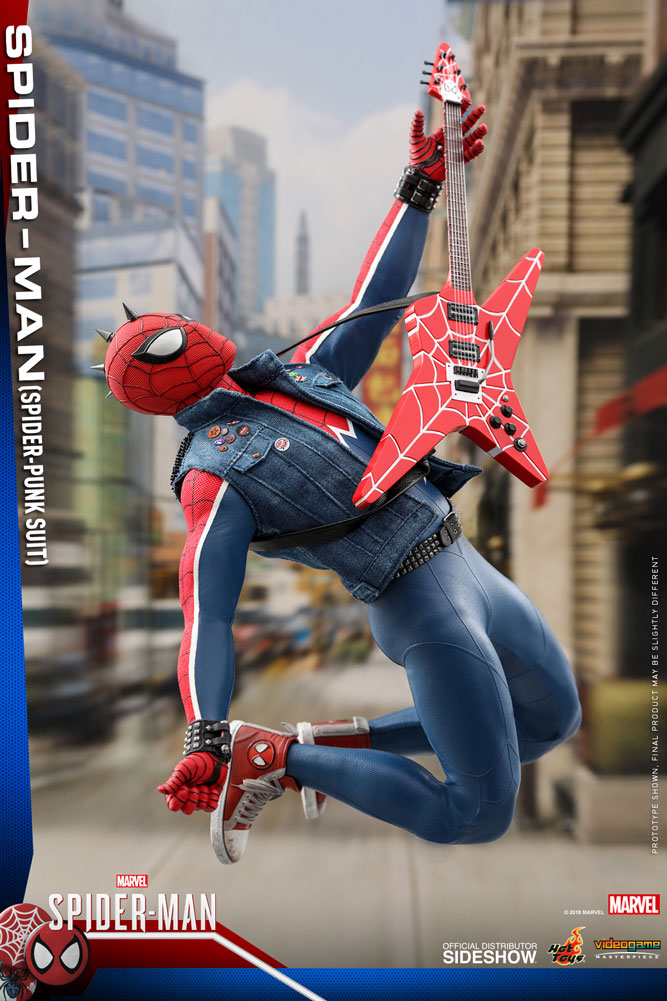 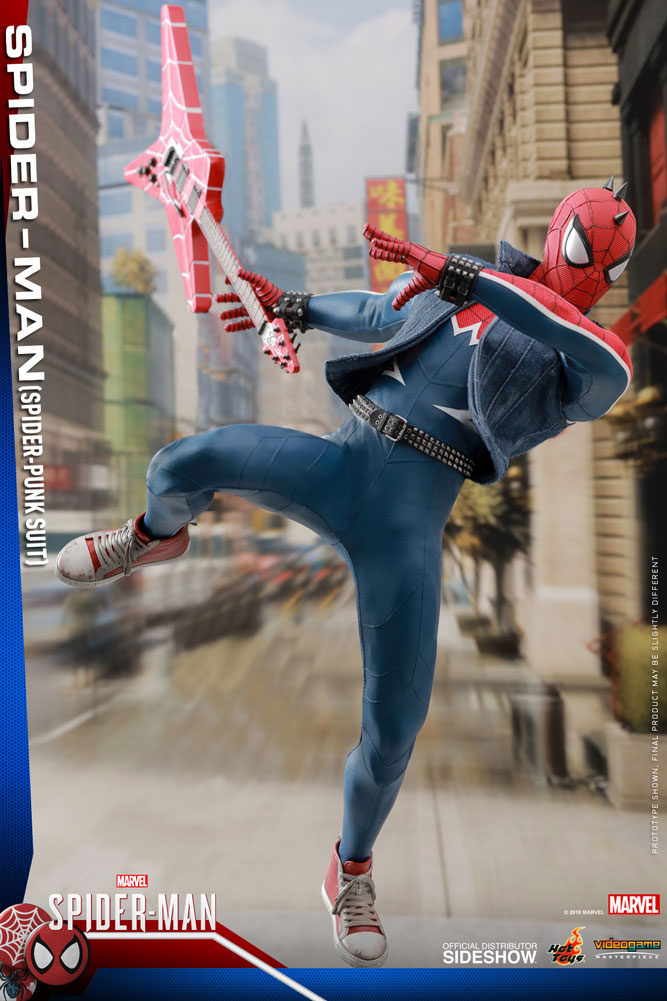 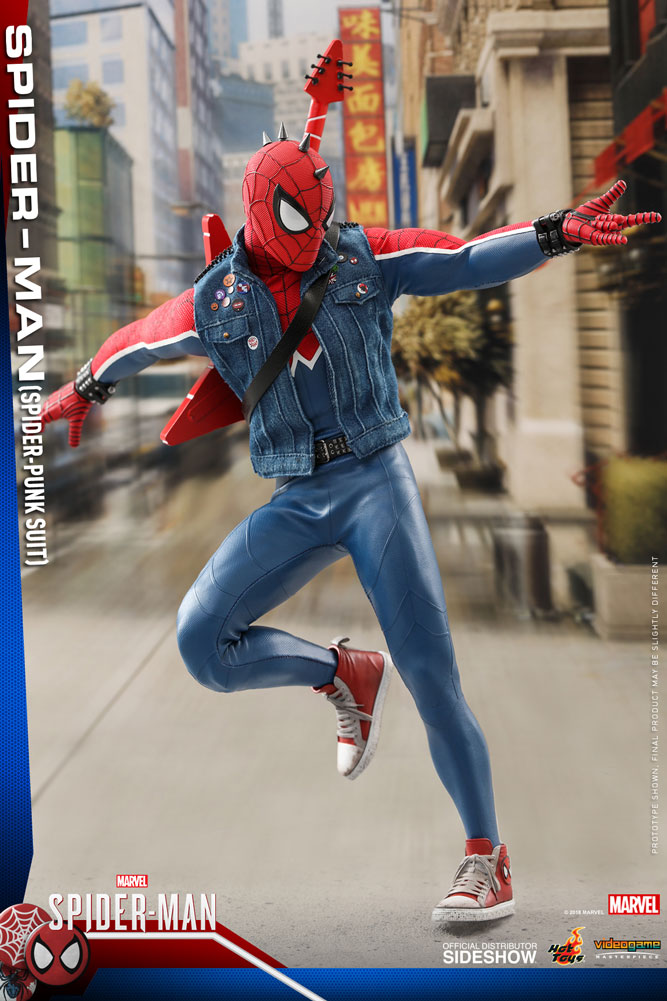 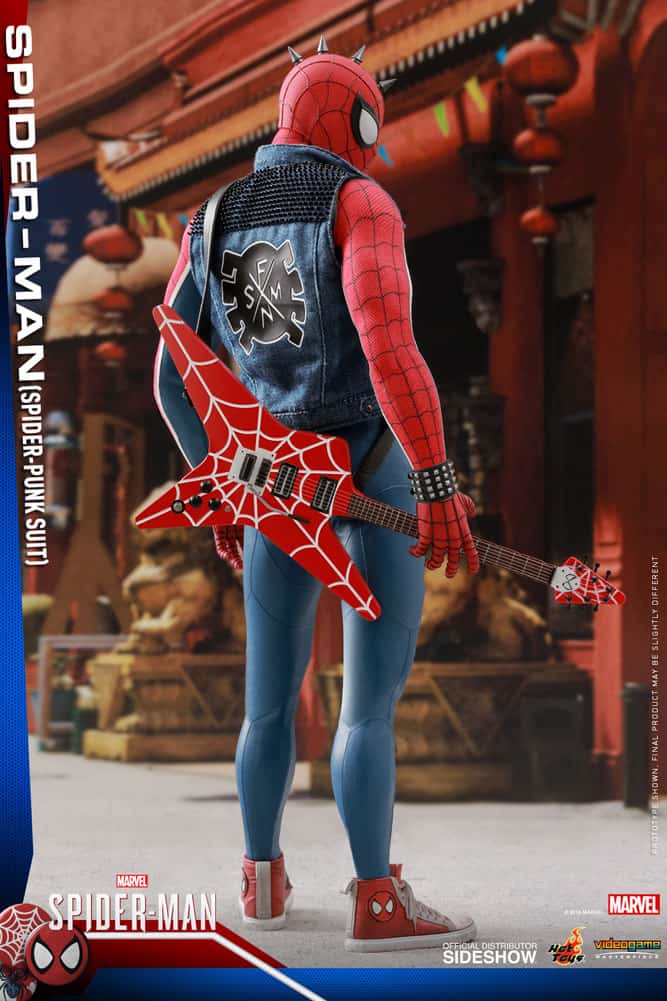 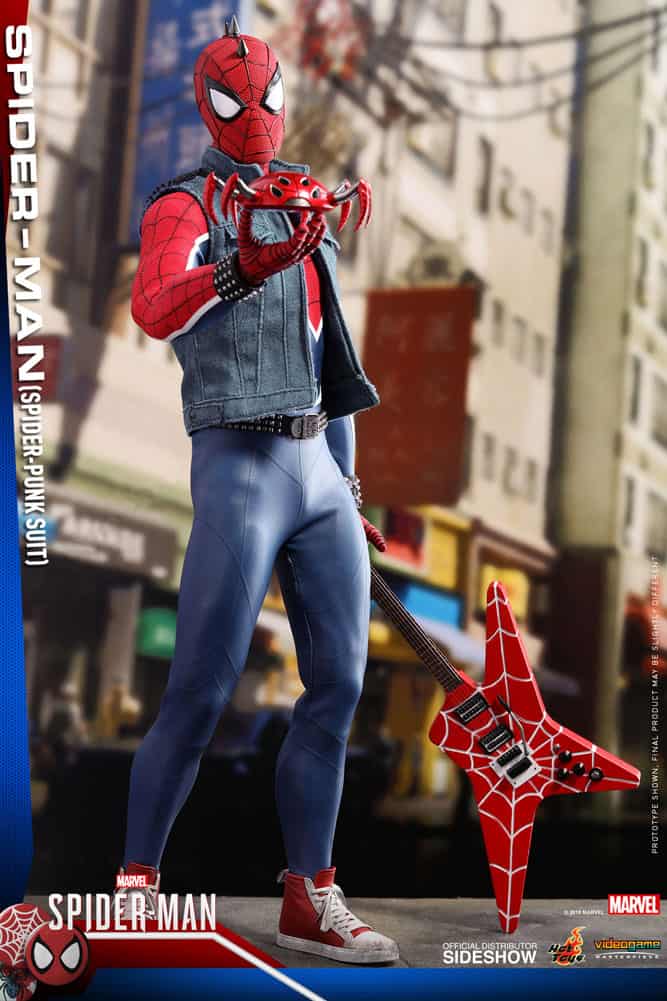 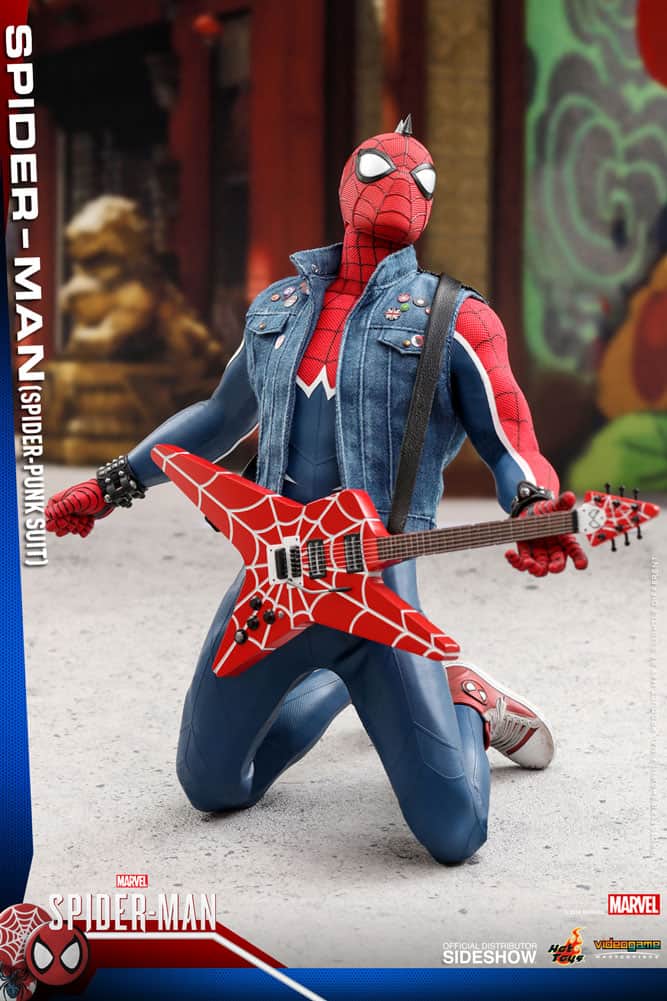 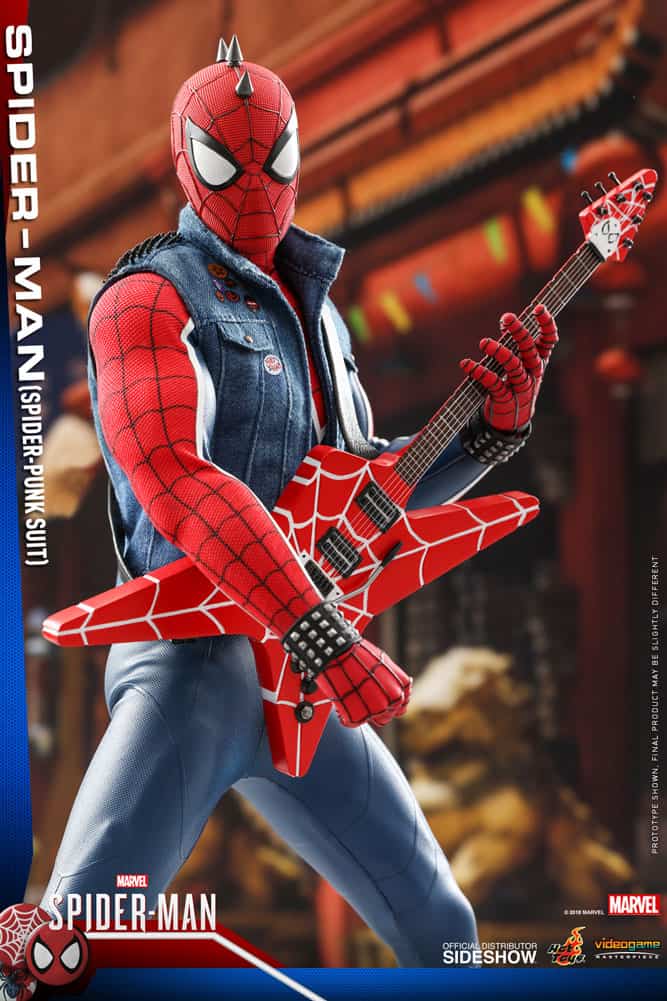 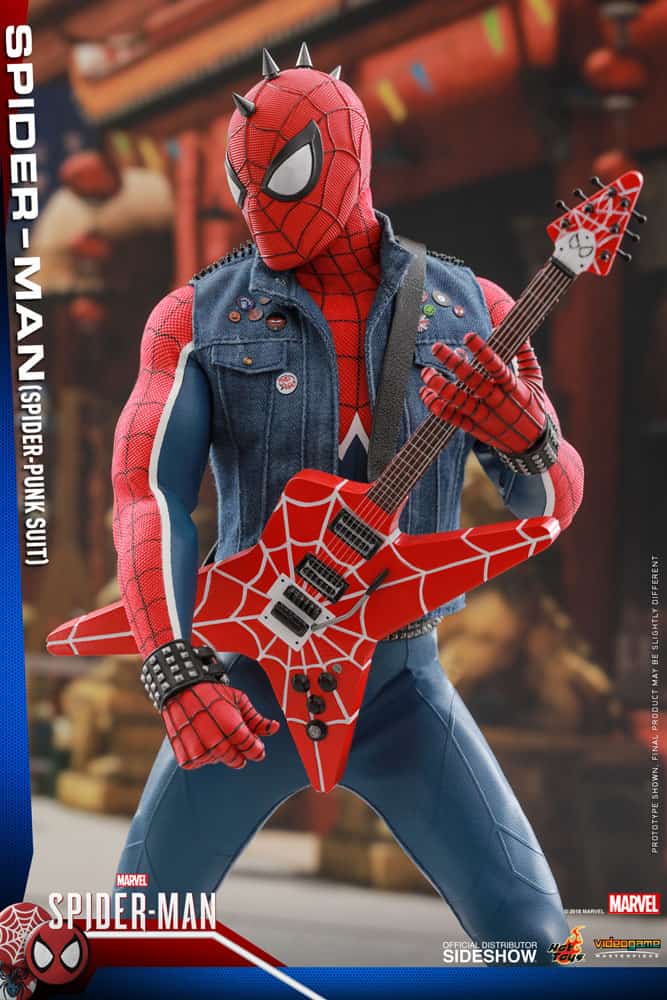 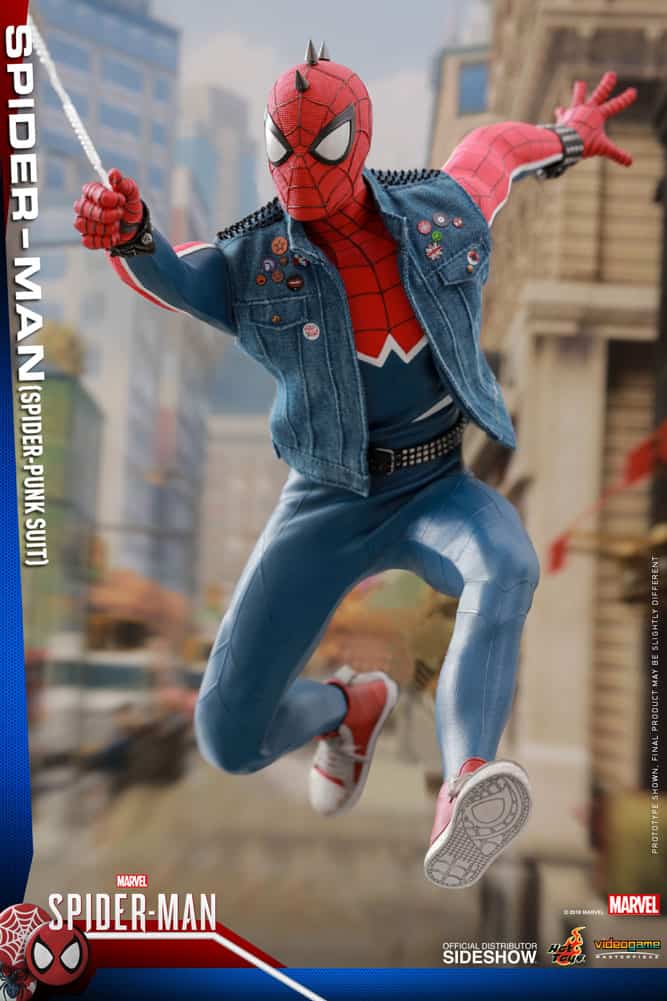 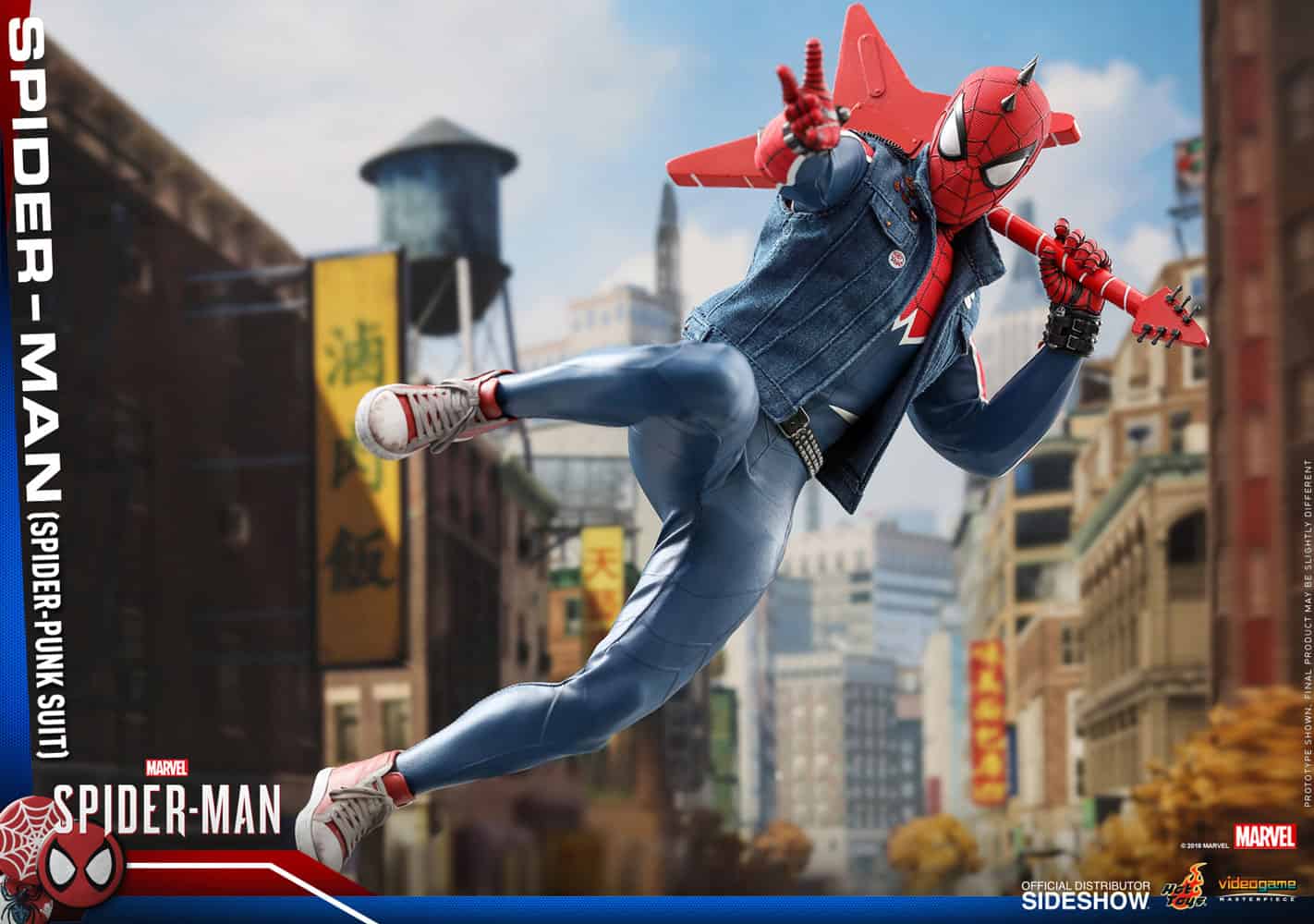 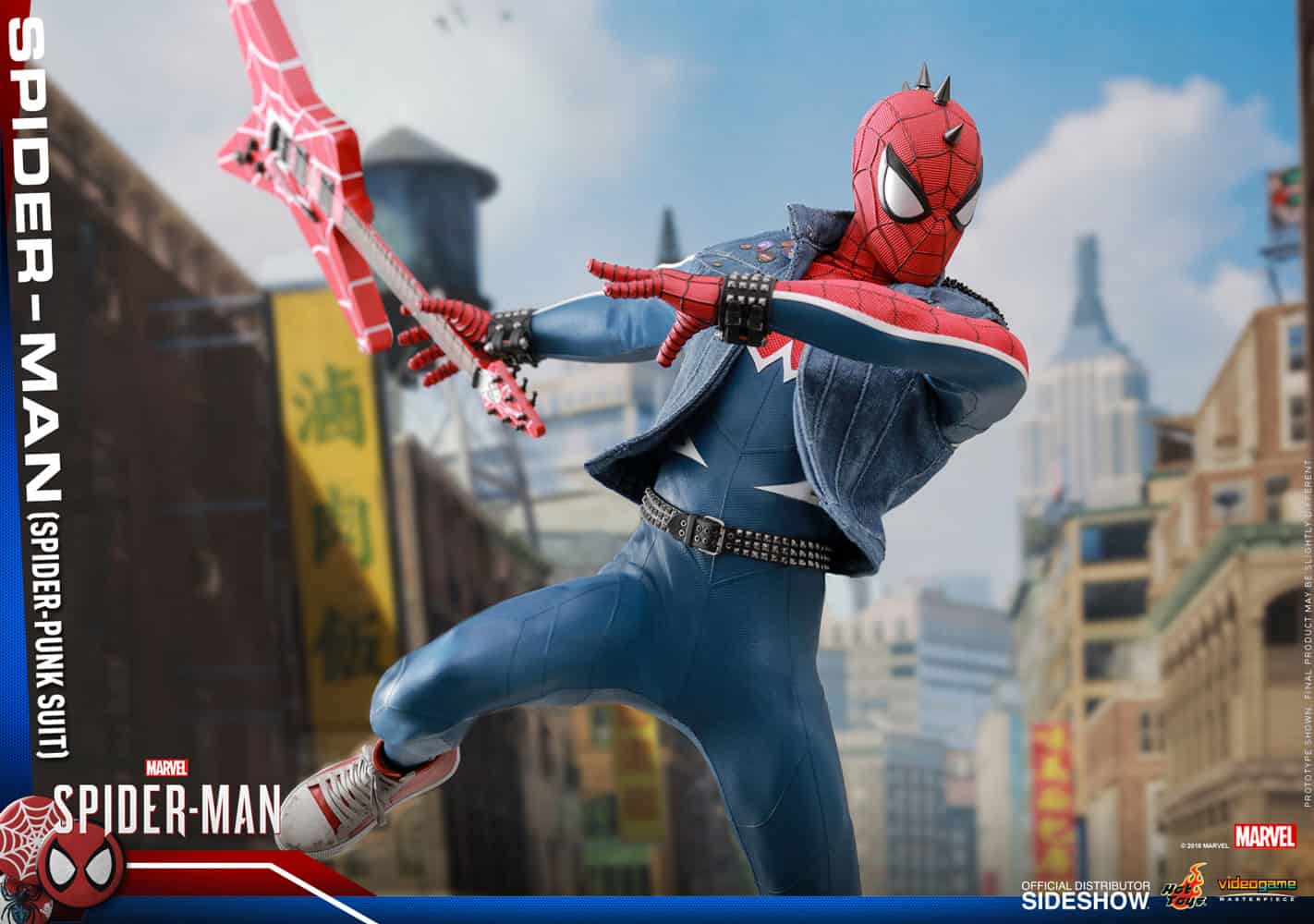 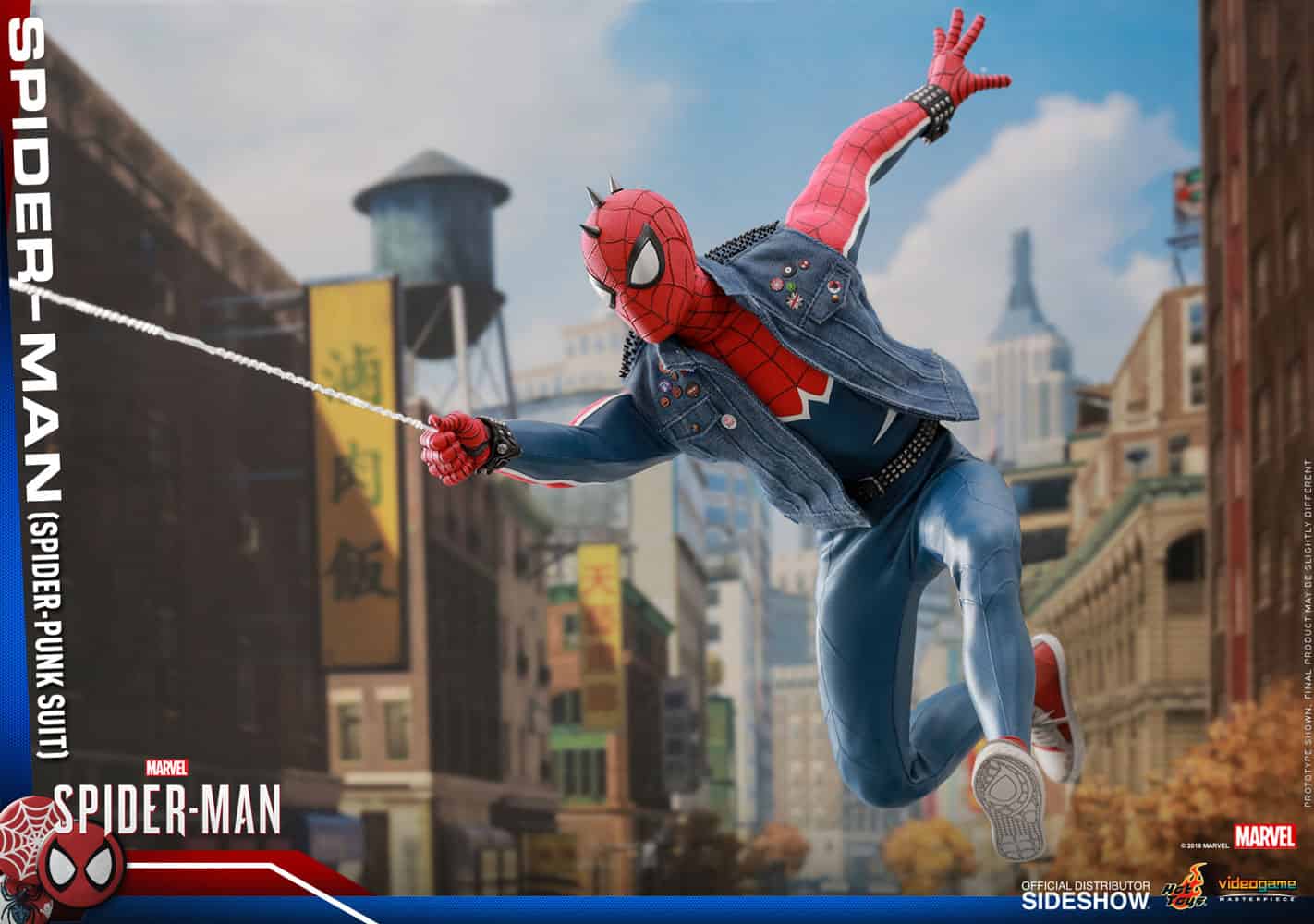 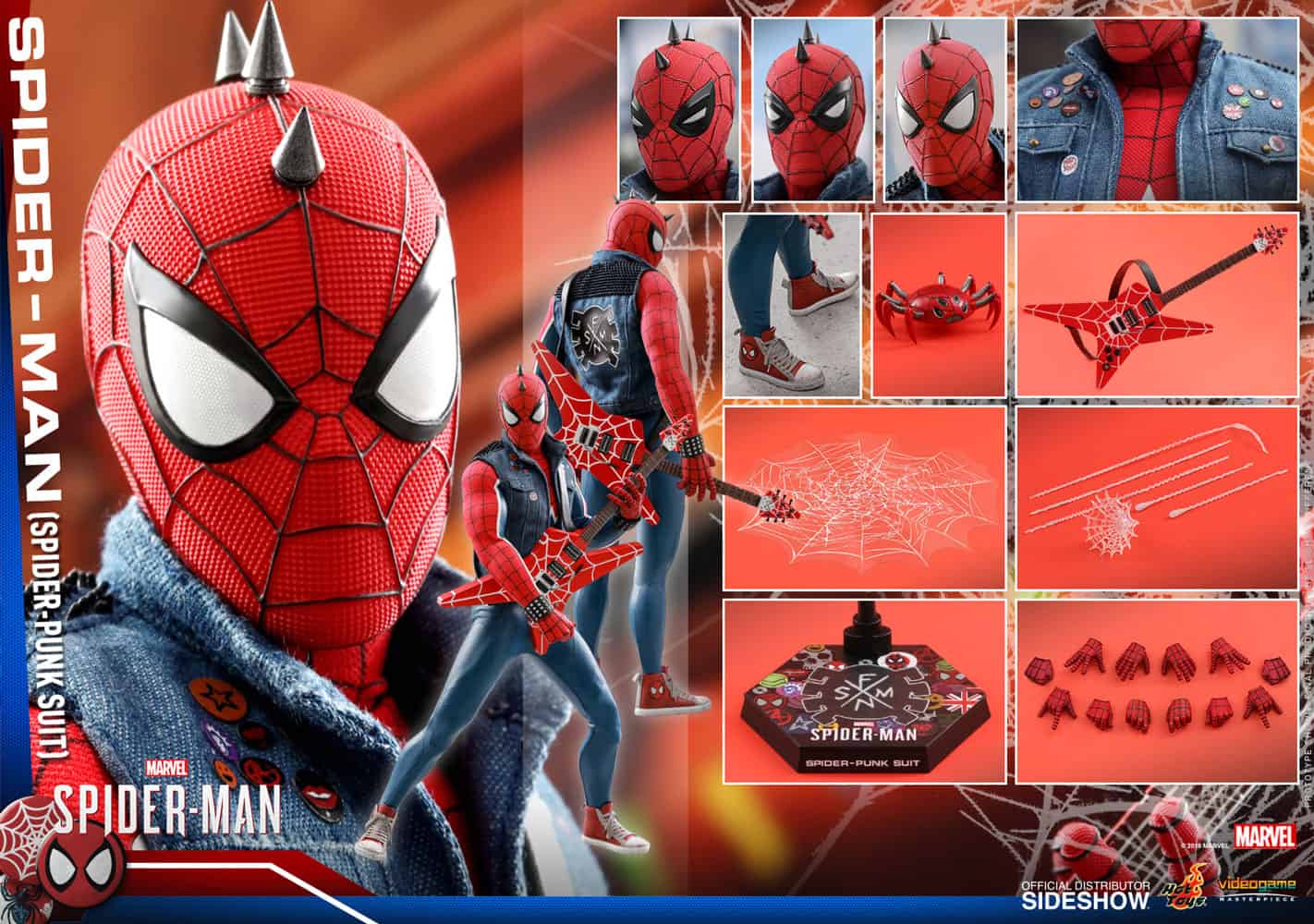 Neil deGrasse Tyson Plays Around With a Super-Smart Dog