It’s safe to say that T’Challa’s run as the Black Panther would not be as great without Shuri’s brilliant mind. The Wakandan Princess is responsible for taking the country’s vibranium source and crafting into brilliant technology, including his infamous suit. She’s used to working behind the scenes but now Shuri is stepping into her own destiny with Shuri, a Black Panther novel.

The Nic Stone penned adventure isn’t Shuri’s first independent print storyline (she’s had her own comic series) but it will take fans into the character’s mind and life in a new way. The novel is set for a May 5 debut but Marvel, in partnership with Scholastic, is giving fans a small snippet of Shuri what to expect. 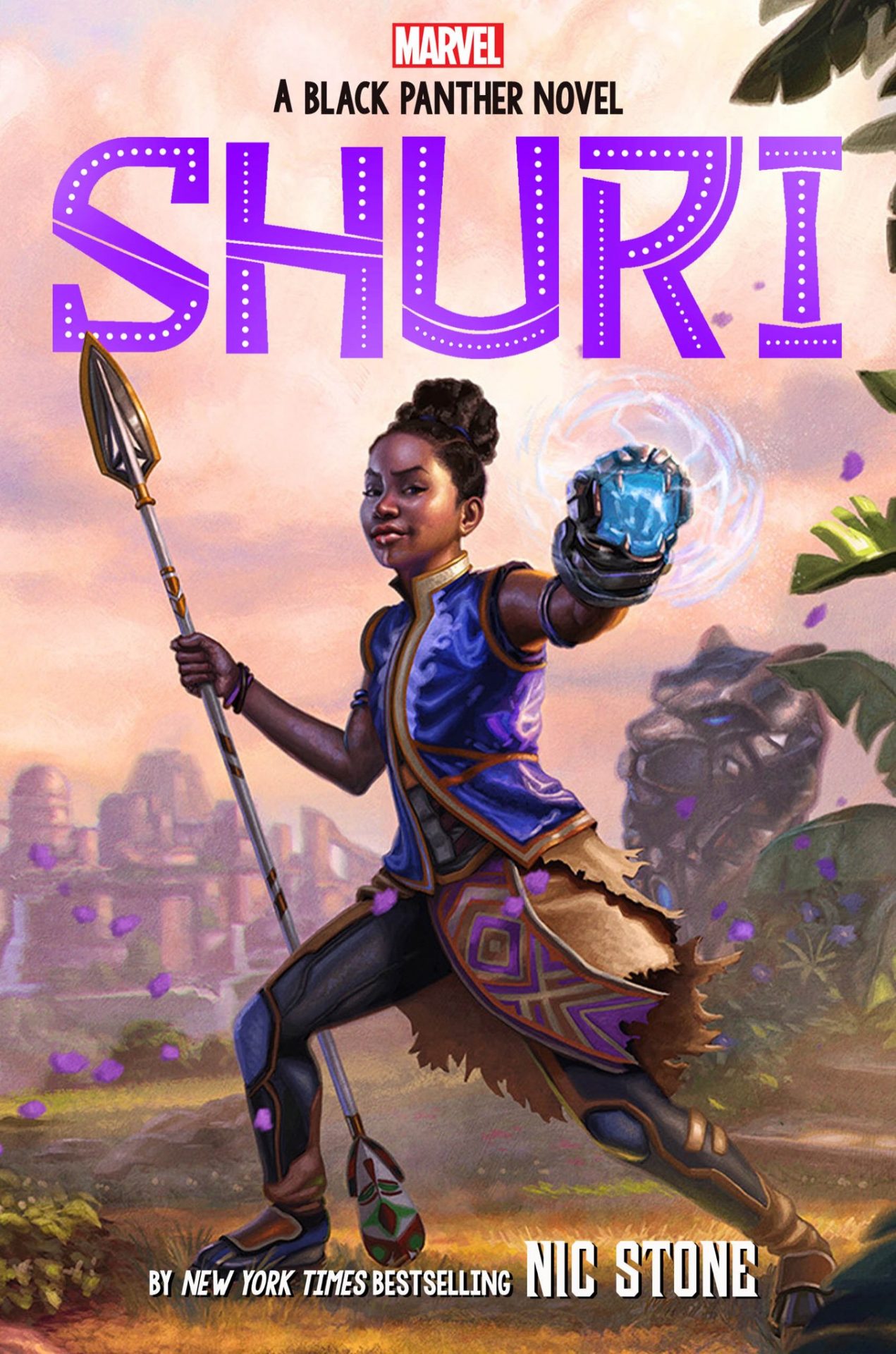 In this story, the heart-shaped herbs that give the Black Panther powers are dying—and no one understands why it is happening. Shuri’s investigation of this issue leads her outside Wakanda and into her own journey. The excerpt reveals that Shuri will run into some unknown dangerous man with no one to depend on but herself. She isn’t used to fighting but she’s willing to defend her country at all costs.

Readers will get a peek into the origins of her precious lab, her innermost thoughts, and her typical teenage struggles within her family.  Some of the snippet includes mission logs (presumably from her lab) while others look into a funny interaction between Shuri and her mother Ramonda. Shuri is missing her father and willing to do anything to help her brother stay safe and alive as the King and Black Panther. The novel is aimed towards “tweenage” kids but, of course, anyone can enjoy the ride.

Here, Shuri gets the chance to step outside of her royal comforts, whiz kid lab, and the shadow of her infamous older sibling to prove that she is a force to be reckoned with too. Read the entire excerpt at Marvel.