With  Avengers: Endgame just shy of beating out Avatar as the highest grossing film of all time, Marvel Studio’s SDCC panel was always going to be the most anticipated one of the entire weekend. On Saturday evening, studio head Kevin Feige took the stage to unveil plans for Phase Four of the Marvel Cinematic Universe. Phase Four is louder, bolder and more ambitious than ever. One thing’s for sure — comics fans are going to be eatin’ good for a while.

One of the most intriguing projects: Chloe Zhao’s The Eternals. The biggest news pertaining the long-gestating film was the revelation of its cast:

It’s an incredibly diverse cast, but most notable is Ridloff, who is a deaf actor and will play the first ever deaf superhero in the MCU.

The Falcon and Winter Soldier

We also know a handful of the MCU characters are moving over to Disney’s new streaming platform to helm their own shows: The Falcon and the Winter Soldier will hit Disney+ in the fall of 2020. A major reveal: Baron Zemo of Captain America: Civil War fame will be the main bad guy on the series. (Or at least the first of many.) 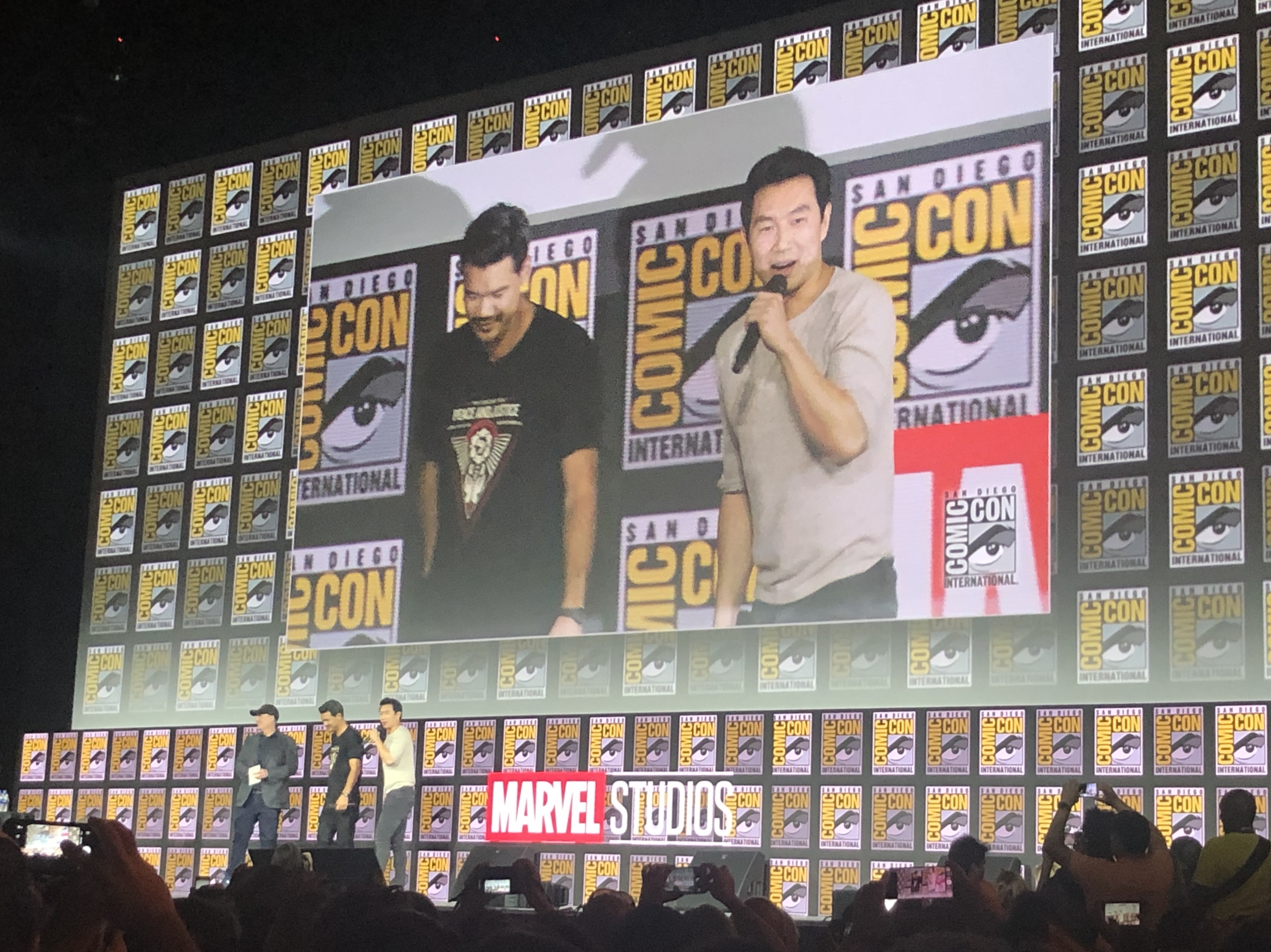 One of the other big new projects: Destin Daniel Cretton’s Shang-Chi film, which will be titled Shang-Chi and the Legend of the Ten Rings. Much to the delight of Iron Man 3 detractors: the film will feature the real Mandarin as a force of evil, and Tony Leung will play the part!

Joining him in the cast will be Awkwafina, breakout star of Ocean’s 8 and Crazy Rich Asians and headliner of The Farewell. No word yet who she’ll be playing.

But most exciting of all: Simu Liu of Blood and Water and Kim’s Convenience will play Shang-Chi himself! 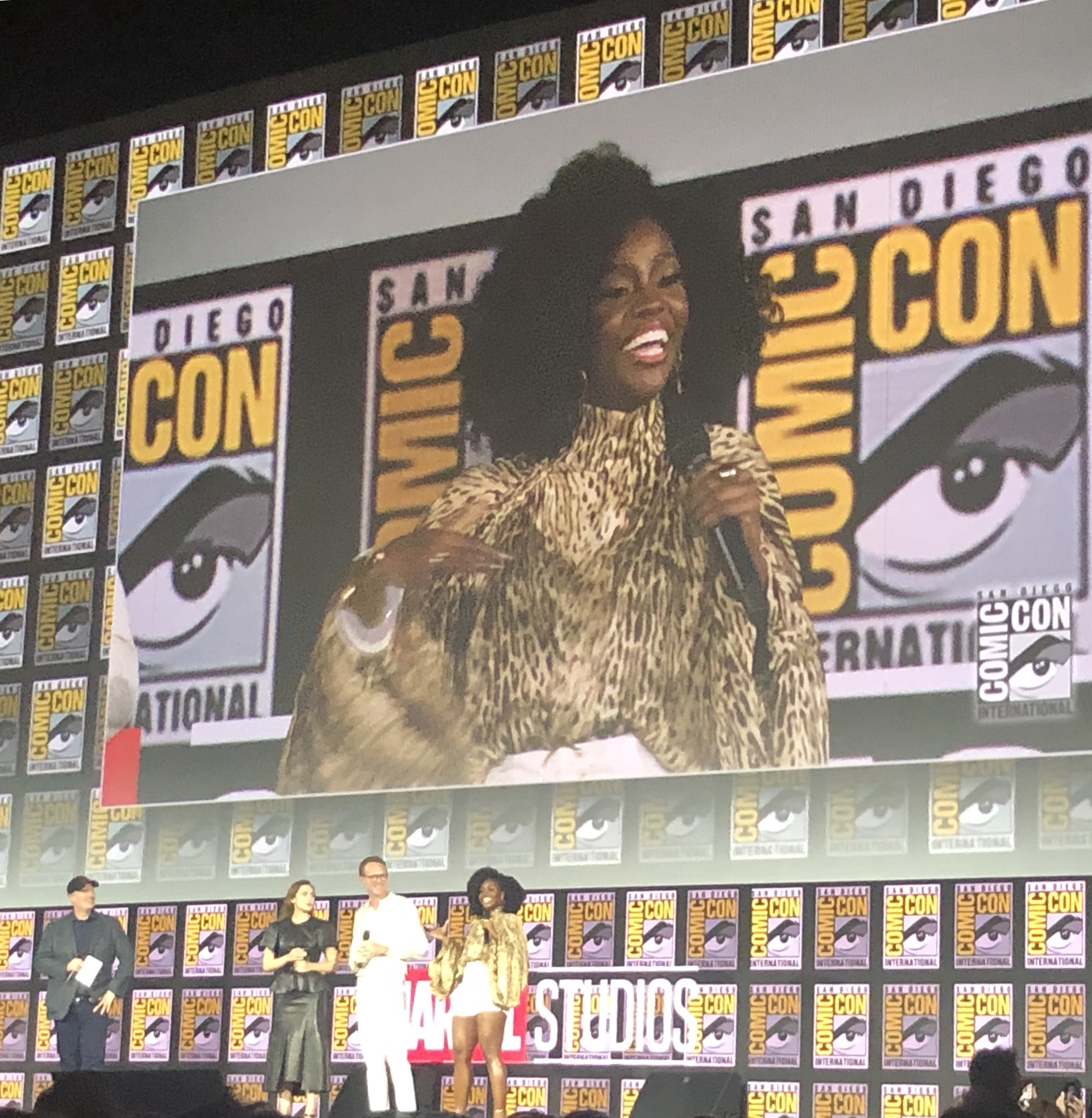 Another Disney+ series people have been particularly curious about is WandaVision, which will hit the streaming site in spring of 2021. The panel confirmed that the series will indeed take place after Endgame, counter to fan speculation. An adult Monica Rambeau, whose childhood counterpart made her MCU debut in Captain Marvel, will play a significant role; Mad Men and Chi-Raq‘s Teyonah Paris will play the character. 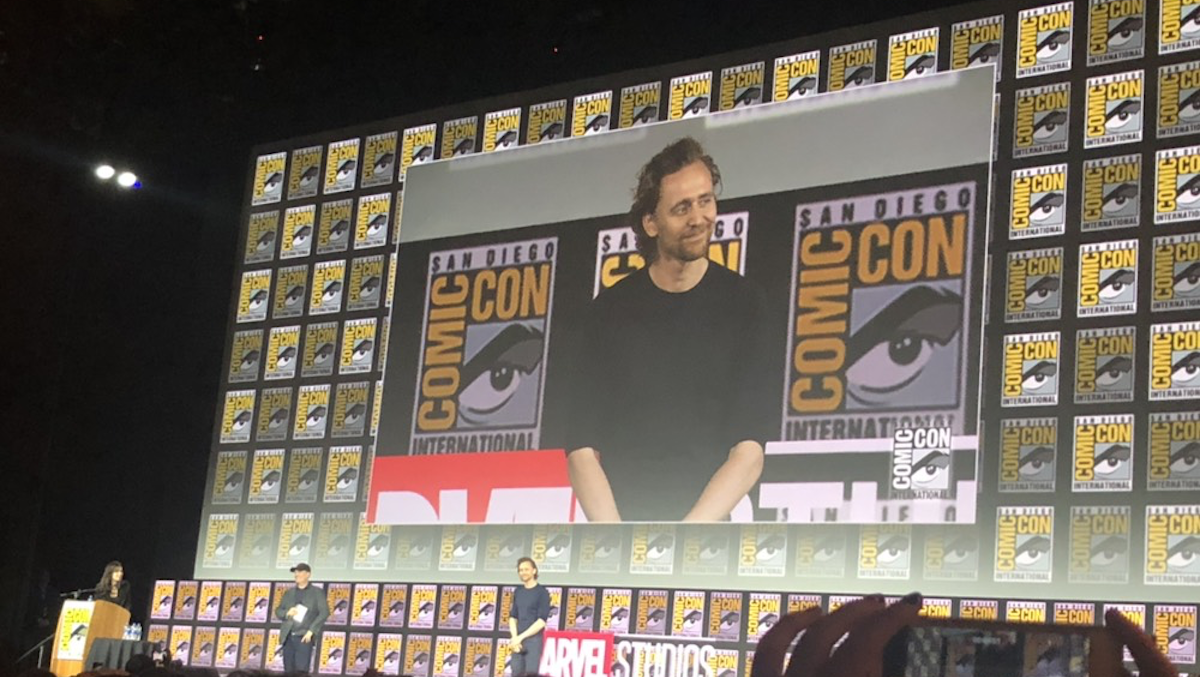 Following his exploits in Endgame, Loki’s program will follow his adventures through time and space courtesy of the Tessaract. The show will also debut on Disney+ in spring 2021.

Doctor Strange in the Multiverse of Madness

Scarlet Witch will join Doctor Strange in the film; the events of WandaVision will tie into what we see in The Multiverse of Madness.

One of Marvel’s kookiest imminent prospects is the What If? series coming to Disney+, which will hit the site in the summer of 2021. The show will be narrated by Jeffrey Wright in the role of the Watcher. Additionally, the actors pictured below will all play “alternate” takes on their MCU characters on the show: 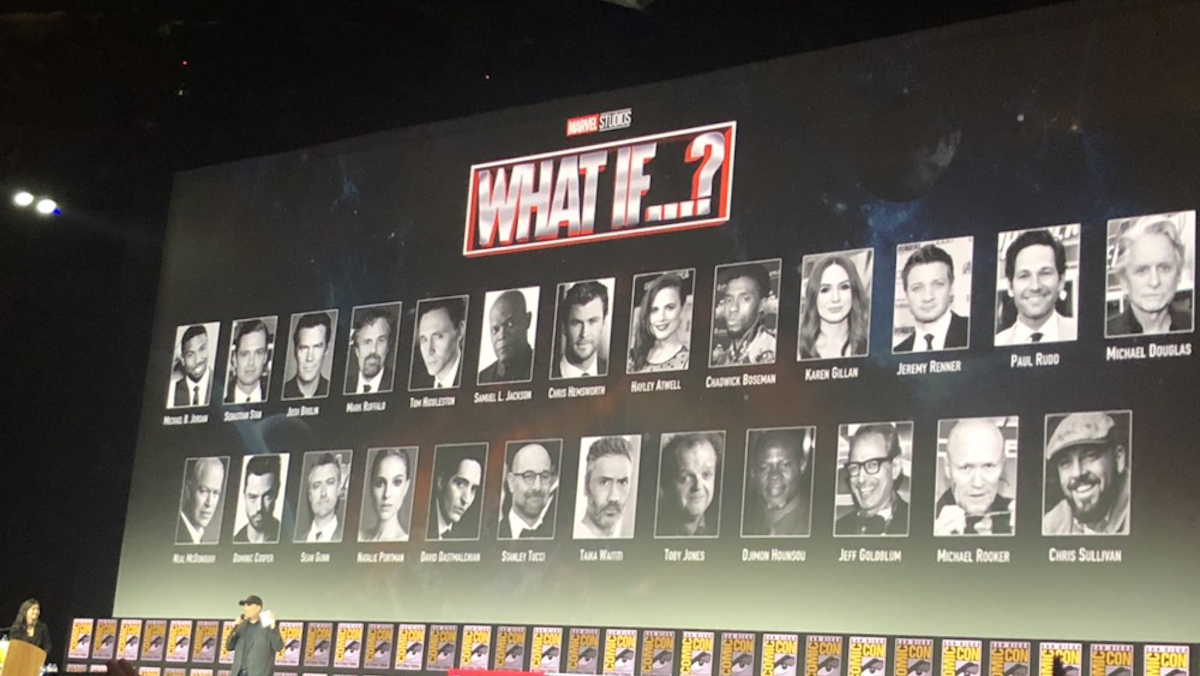 Hawkeye, too, will have his own Disney+ program, and Kate Bishop is along for the ride. Jeremy Renner himself called her the “better, faster version of Hawkeye,” in fact. The series will release in fall of 2021. 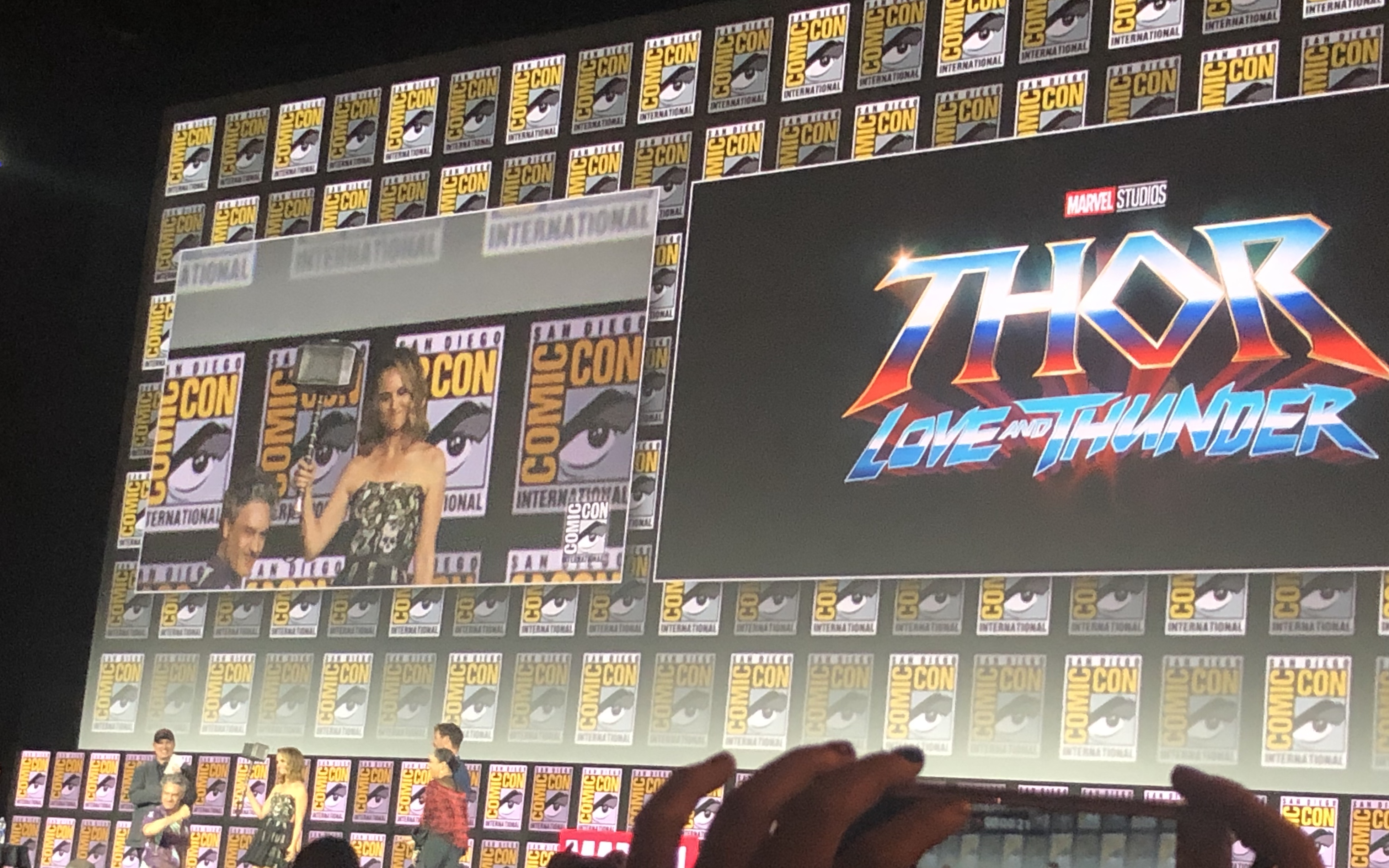 Just this week, it was announced that Taika Waititi is returning to direct Thor 4, the first time any Avenger has gotten a fourth solo film. And now we know its (very cheeky) title: Thor: Love and Thunder. According to Hemsworth, a script is ready but Waititi won’t let anyone read it as of yet. That said, Tessa Thompson asserted that “the first order of Valkyrie’s business as king is to find her queen,” and that “her perfect Asgard is providing refuge to anyone who needs it.”

One huge revelation is the inclusion of “female Thor,” whom Waititi cited when explaining that he pulled from Jason Aaron’s The Mighty Thor to develop this project. (This comic introduces a woman taking on the mantle of Thor.) Even cooler still: Natalie Portman, who played Thor’s love interest, Jane Foster, in Thor and Thor: The Dark World, will now wield the hammer!

Although she met her untimely end in Endgame, Black Widow will be headlining her own movie on May 1, 2020. Joining Scarlett Johansson will be Florence Pugh (as Yelena Belova), David Harbour (as Alexei), O.T. Fagbenle (as Mason), and Rachel Weisz (as Melina). Footage for the program revealed a setting in Budapest, where we catch up with Natasha and Yelena. Also seen was a surprise cameo from what was likely either Taskmaster, Iron Maiden, or some blend between the two (as the figure appeared to be a woman). Draped in a red and yellow hood, a metal get-up, and carrying Taskmaster’s usual shield, it’s possible that villain is Weisz’s Melina. The fight scenes stood out among others in the MCU as particularly brutal and up-close.

And while Kevin Feige said there was “no time” to talk Fantastic Four and X-Men, we did get one major reveal for the future: Blade, who’ll be played by one Mahershala Ali! 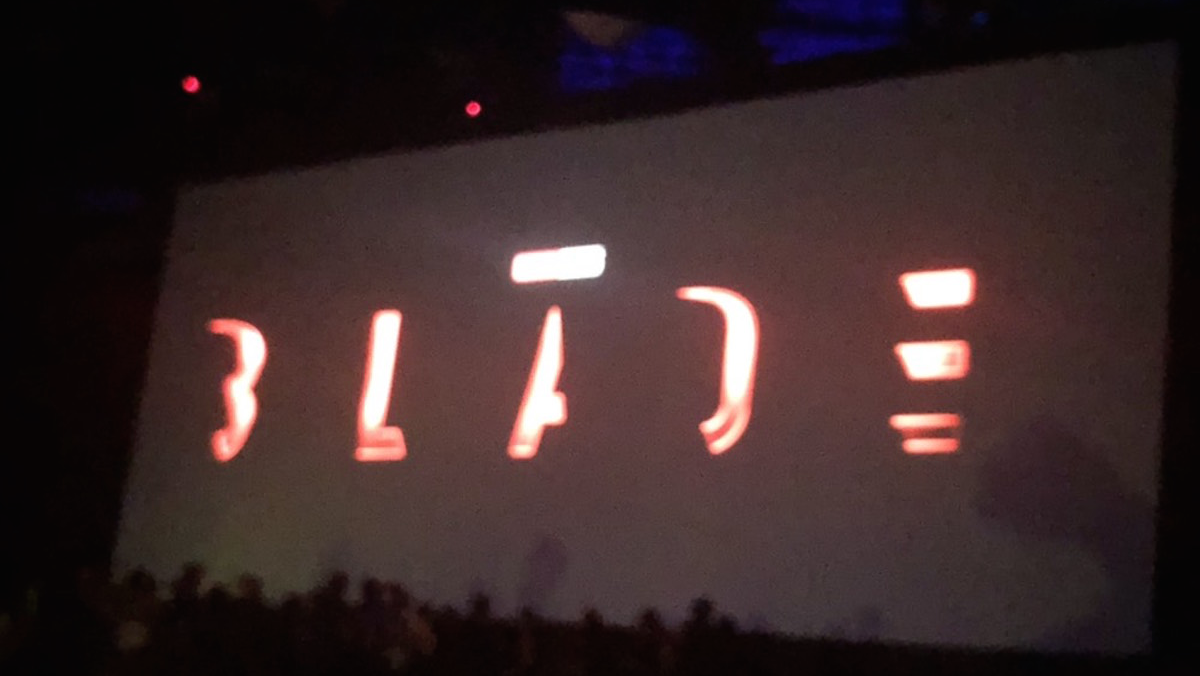 Feige also confirmed prior news that we are indeed getting sequels to Black Panther and Captain Marvel.