Do We Need HOUSE OF X and POWERS OF X Right Now?

Relaunching the X-Men comics is something Marvel seems to do on an almost yearly basis lately. As a whole, the X-titles have felt a somewhat directionless in recent years. There have bursts of greatness here and there, but the mutant corner of the Marvel Universe hasn’t had the sense that it was unified under a common vision. That all changed when Jonathan Hickman returned to Marvel Comics and launched House of X and Powers of X, two titles that would essentially soft-reboot the X-titles. These two comics would form a weekly new X-Men series that promised to reinvigorate the franchise and serve as the starting point of a whole new era of X-Men comic books.

Now that the first issue of House of X and Powers of X have hit shelves we have an idea of what Hickman’s grand opus looks like and the direction he’s taking these books. Are these the big, exciting new X-Men books we need right now? Are they accessible and able to draw in new and/or lapsed readers? Do they give us a glimpse into what role mutants will play in the Marvel Universe?

The answer is “no.” Not at all. The truth is, these are not the X-Men books we need right now. The first issues of House of X and Powers of X are obtuse, slow, and devoid of any sort of characterization. They are plot-driven tomes that read more like a sourcebook for a tabletop roleplaying game than they do a superhero comic book. They feel that way even before you get to all the charts, graphs, maps, and info dumps.

Johnathan Hickman is writing for folks who are already reading Marvel Comics; folks who know these characters and their complicated backstories. He’s writing for a small audience and he’s doing it well, but that’s not going to elevate the X-Men titles to their former glory. Even longtime fans will find themselves scratching their heads throughout these first issues. They’ll wonder who some of these characters are or why we’re supposed to care about any of them.

Those familiar with Hickman comics know that he plays a long game, slowly building things and weaving rich, complicated tales. The problem is that House of X #1 and Power of X #1 are six dollars each and every following issue is five dollars. With new issues dropping weekly, that’s a hell of an investment in a series that reads so damn slowly. It’s probably safe to say a lot of readers will wait for the collected editions of these books to comic out, which does little to increase interest in monthly X-Men comics.

There’s certainly nothing wrong with launching a new comic series that caters mainly to diehard comic readers. House of X and Powers of X are continuity heavy books and there is a dedicated fanbase who loves that sort of thing. The art in both titles is amazing, with R.B. Silva and Pepe Larraz producing page after page of stunning visuals, and the colors from Marte Gracia are gorgeous. These comic books are the product of very, very talented creators, there’s no doubt about it.

That said, it’s hard not to read these first issues and feel like this whole launch is a major misstep. Marvel would have been better served launching two original graphic novels with these stories as opposed to a weekly single issues that are some of the most expensive comics on the stands. While many curious readers picked up the first issues, it’s hard to imagine them continuing with the series. Not at this price point and shipping schedule. Not with such a blotted plot and a void of familiar X-Men characters leading the story. 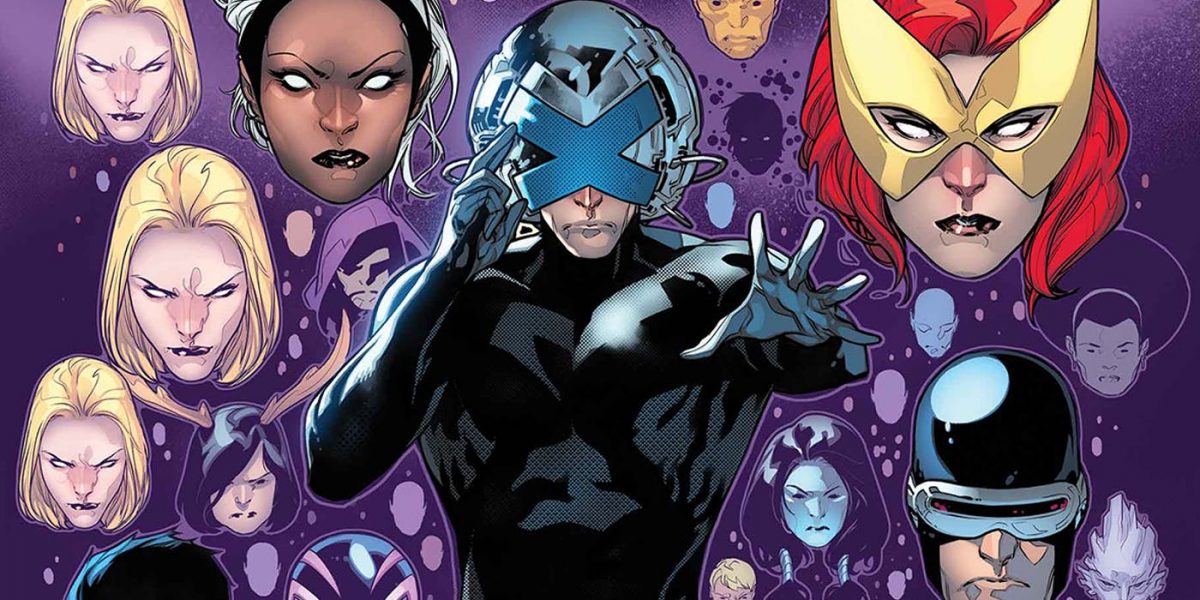 It’s frustrating because Marvel seems to be doing the right thing in so many other places. From Jason Aaron’s Thor to Donny Cates and Ryan Stegman’s Venom to Al Ewing and Joe Bennett’s Immortal Hulk, there’s no shortage of awesome titles that are appeasing longtime fans and drawing in new readers. These series are all accessible, exciting, and don’t require a PhD in Marvel Characters to enjoy.

In a time when the X-Men franchise is in desperate need of a fresh start – across all mediums – Marvel decided to unleash an expensive ode to continuity that features more infographics than it does superhero action. Maybe that’s what new readers are looking for. Maybe that’s what old-school X-Men fans have been craving; some dense pages of info that read like college textbook. Maybe in a few years we will look back on this as the start of a glorious new era of X-titles, but that seems pretty unlikely. It seems more likely that a small group of diehard fans will drool over them while the rest of us just read their plot summaries on Wikipedia.