Nods and Easter eggs aside, the first season of The Mandalorian only hinted at the greater Star Wars universe in passing. A visit to Mos Eisley here, a greater post-Empire conspiracy there. But in the season’s final episode, the show teased a big fat piece of Mandalorian-specific continuity: Giancarlo Esposito’s villainous Moff Gideon has the fabled Darksaber. And according to the actor, he wields it a lot in season two. 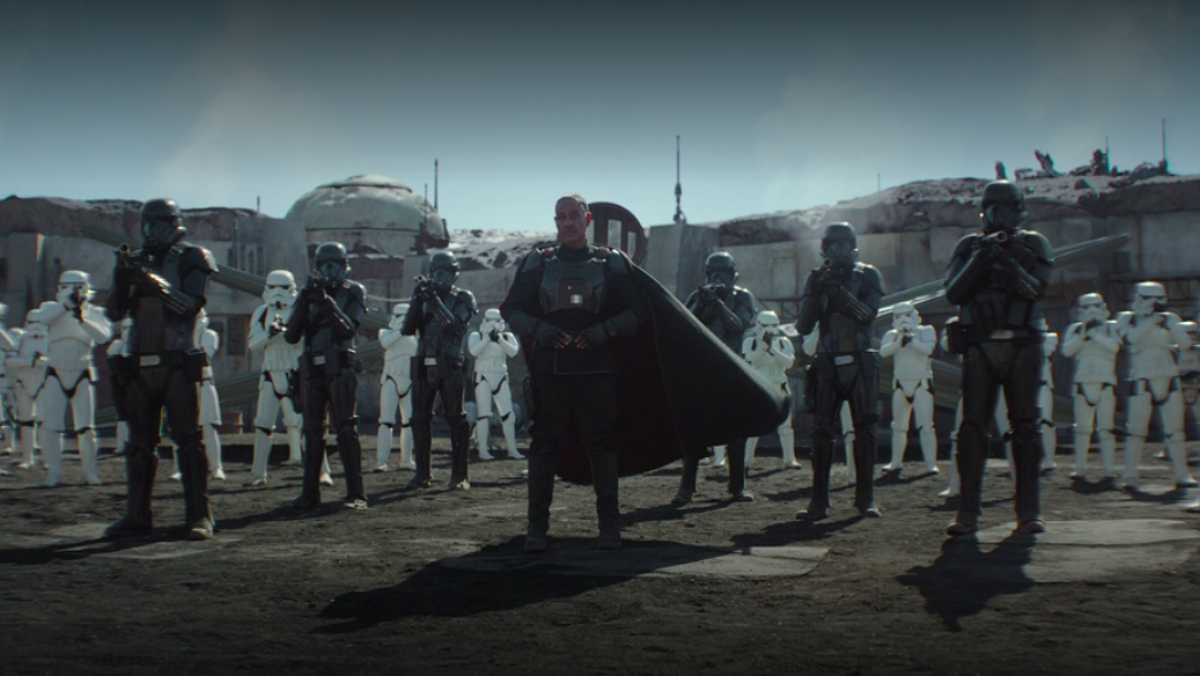 In an interview with Variety, Esposito discussed the Darksaber and his role in the next season of The Mandalorian. “Moff is very different from [Better Call Saul‘s] Gus Fring,” Esposito said, comparing his two characters. “He wields his own Darksaber. He does his own dirty work and is certainly willing to. He’s much more volatile, he’s much more of the warrior and that could tell us some things about him next season.”

Esposito goes on to say that he’s broken several prop Darksabers in the filming of the next season because he’s so into hitting them on stuff.

“I’ve gone through two, three? Three and a half, I think I’ve broken already. But I go at it. Like, I go at it. I’ve broken few of them to the point where the [prop] guys, they love me,” recalled Esposito. “‘Just so you know,’ they whisper to me, ‘we only have one more.’”

Moff Gideon didn’t wield the Darksaber at all until the very end of The Mandalorian season one. Therefore, it’s safe to assume the angry Imperial goes on the hunt for our favorite bounty hunter in season two. As Lindsey Romain already mentioned in her history of the Darksaber, it’s a very important artifact from the Mandalorian society. A relic of the very first Mando to join the Jedi Order, it has since become the symbol for whoever leads the people.

So not only did we learn Gideon was directly involved in the Siege of Mandalore that killed Din Djarin (the Mando)’s family, but he also must have a personal vendetta against Mandalorians. Why? Well, the last time we saw the Darksaber canonically was in Rebels; Sabine Wren, who had possession of the Darksaber for some time, gave it to Bo-Katan Kryze. This made Bo-Katan the Mand’alor, the title for the one true leader of the Mandalorians. So just prior to the events of A New Hope, Bo-Katan has the Darksaber; a few years after, the Mandalorian society is all but gone and Gideon has the saber. 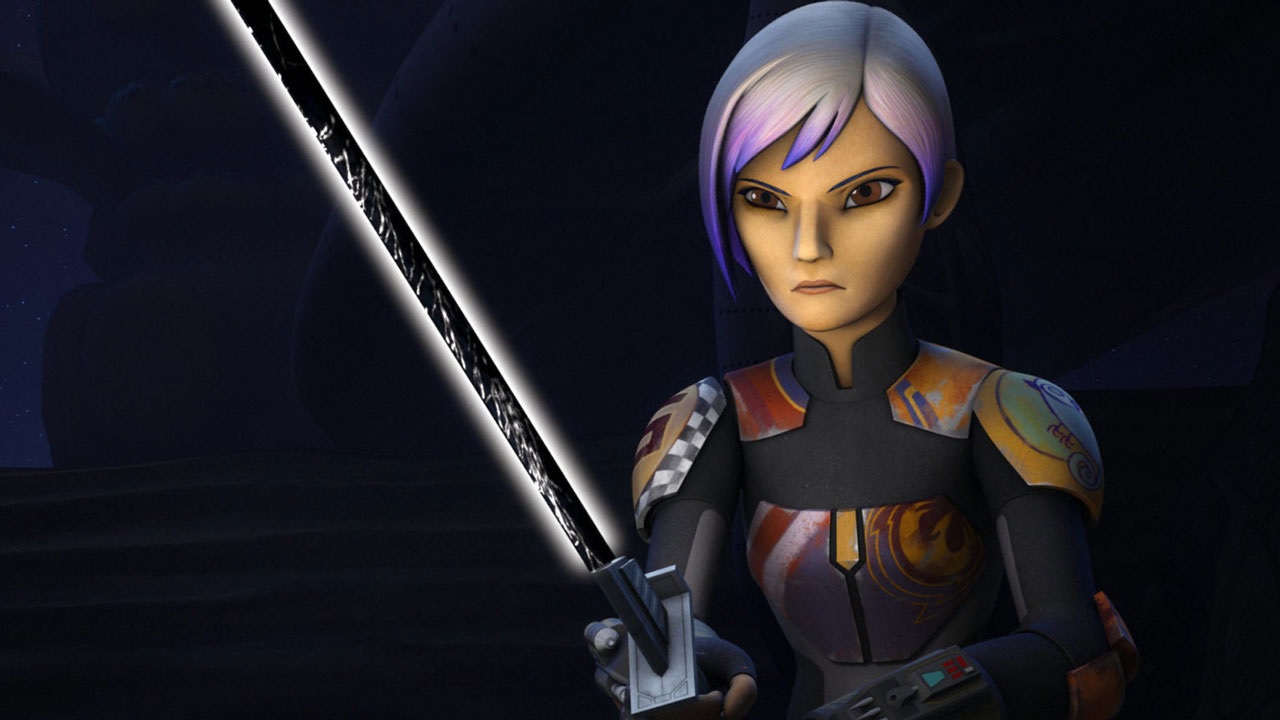 We already know Ahsoka Tano, a main character in both The Clone Wars and Rebels, will appear in season two of The Mandalorian. The last time we see Ahsoka canonically, she and Sabine head off into the galaxy to find Ezra Bridger. It is therefore possible Sabine could show up in The Mandalorian and have a score to settle with Gideon. Or, as some have posited, Bo-Katan could show up, and is possibly even the amazing Armorer character who gives Djarin his fancy new armor, sigil, and jet pack. Which would, to our mind, be particularly awesome. 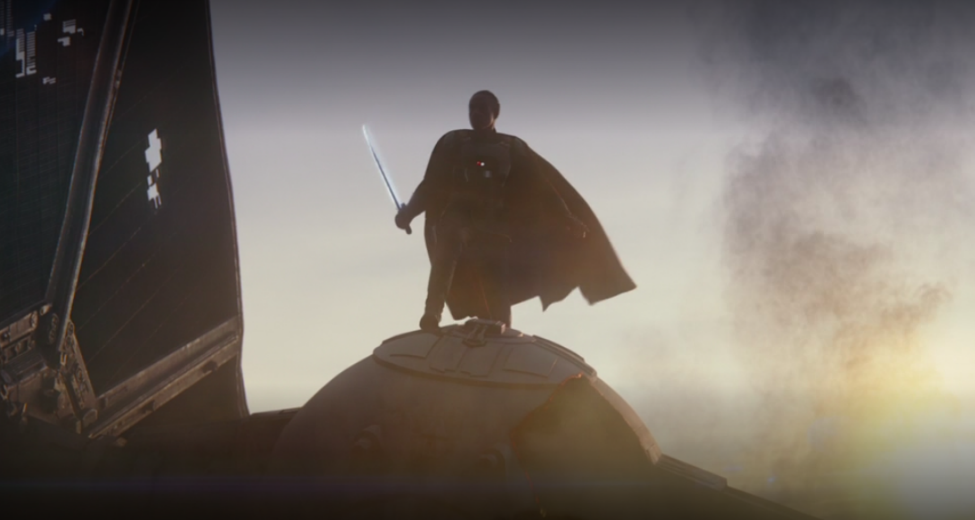 The animated series are where fans learned the most about Mandalorian society, and exec producer Dave Filoni is also a big shot on The Mandalorian. It’s fairly clear the next season will explore some animated series continuity big time. And if Gideon is out “doing his own dirty work,” brazenly brandishing a very important piece of Mandalorian history, it would make sense for any remaining Mandalorians to want a piece of him.

The Mandalorian season two will hit Disney+ *checks notes* at some point in the future.