What Is THE MANDALORIAN Doing with Midi-Chlorians? - Nerdist

What Is THE MANDALORIAN Doing with Midi-Chlorians?

“Without the midi-chlorians, life could not exist, and we would have no knowledge of the Force. They continually speak to us, telling us the will of the Force. When you learn to quiet your mind, you’ll hear them speaking to you.”

Jon Favreau has been using The Mandalorian to showcase his love for some of the less celebrated parts of Star Wars lore. (The first two episodes’ frequent The Holiday Special nods, for instance.) But with the emotionally charged third chapter, the creative team appears to allude to one of the most controversial pieces of Star Wars lore: Midi-Chlorians. As the Mandalorian used his pulse rifle to spy on the mysterious client played by Werner Herzog, he overhears the villainous fiend state, “Extract the necessary material and be done with it.” This sounds a whole lot like he wanted “The Asset” a.k.a. Baby Yoda simply in order to steal his delectable, rare, and microscopic Midi-Chlorians.

What Exactly Are Midi-Chlorians? 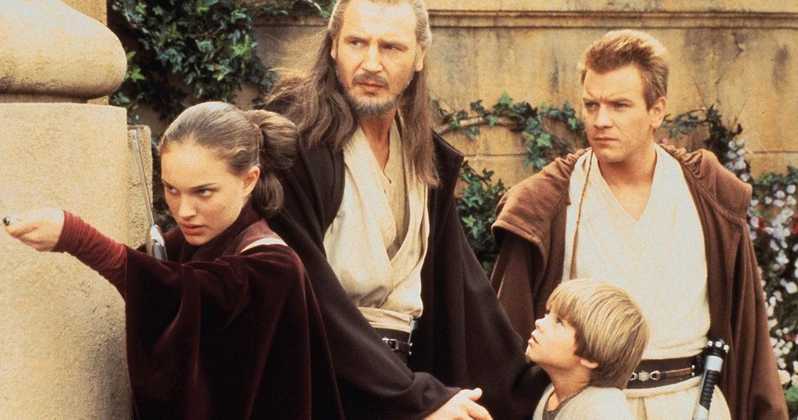 The Phantom Menace introduced a lot of new lore to the Star Wars series, from the full backstory of Anakin Skywalker to the strange fact that Qui-Gon Jinn and the Jedi were definitely not concerned with freeing slaves. But the biggest and most controversial addition to the canon was the concept of Midi-Chlorians. Though previously spoken about by Lucas as early as 1977, the concept was first mentioned in the series when Qui-Gon Jinn demanded information on Anakin’s “Midi-Chlorian count.”

“The readings are off the chart. Over 20,000. Even Master Yoda doesn’t have a Midi-Chlorian count that high.”

The process for testing Midi-Chlorian counts in blood samples for potential Jedi might seem strange, but according to the legend introduced by Lucas, the microscopic organisms are literally the foundation of life itself. The beings sprang from the so-called Wellspring of Life, a mysterious space secreted in the heart of the galaxy far, far away. The microbes created a connection between the Living Force and the Cosmic Force, which was explained to viewers by Yoda in season six episode of Star Wars: The Clone Wars, “Destiny.” It was only when the scientists of the galaxy got ahold of them that they began to call them Midi-Chlorians and truly secured an understanding of how they were connected to the Force.

How Do Midi-Chlorians Work? 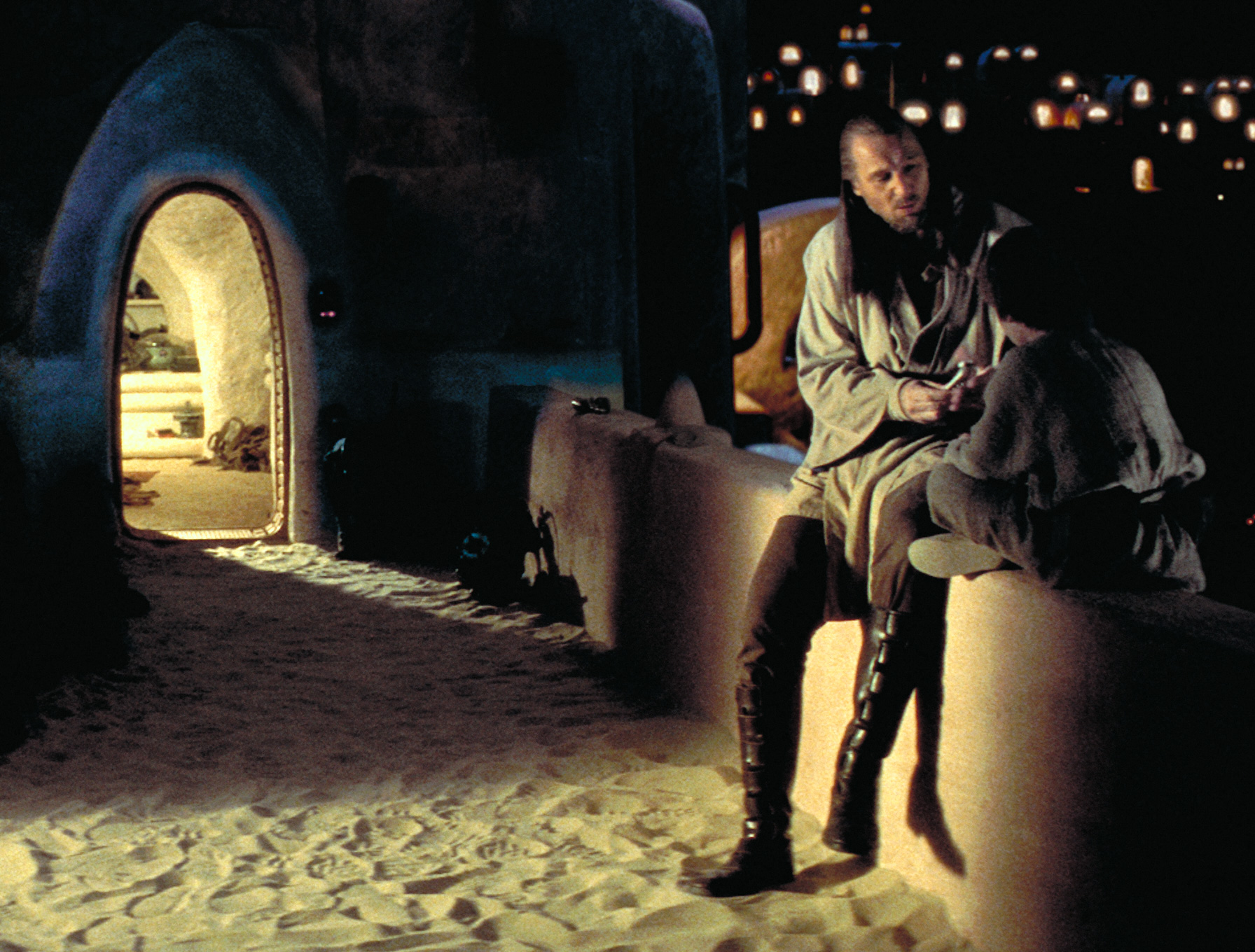 The microscopic organisms appear to exist within living hosts and essentially allow those hosts to commune with and control the Force. It’s a shockingly simple and scientific explanation for something that for years was seen as mysterious and magical. According to Star Wars lore, the more Midi-Chlorians you have, the more Force Sensitive you will be. This is why Anakin was seen as the Chosen One and may have even been created by the Midi-Chlorians as a tool of the beings to utilize the Force.

“His cells have the highest concentration of midi-chlorians I’ve ever seen in a life form. It’s possible he was conceived by the midi-chlorians.”

Additionally, Midi-Chlorians can help a person extend their mortal life. This was something that Yoda learned to do after venturing to the Wellspring of Life and becoming enlightened in the ways of preserving his consciousness even after death. There is, of course, a Dark Side counterpart to this tale.

The story that Palpatine weaves for Anakin Skywalker during Revenge of the Sith talks of Darth Plagueis the Wise, a powerful Sith who was able to create life and defeat death with his manipulation of the Midi-Chlorians. It was this parable mixed with Anakin’s desperation to save Padme that saw him finally betray the Jedi and turn to the Dark Side.

The Legend of Darth Plagueis on Disney Video

What Does The Client Want with Midi-Chlorians? 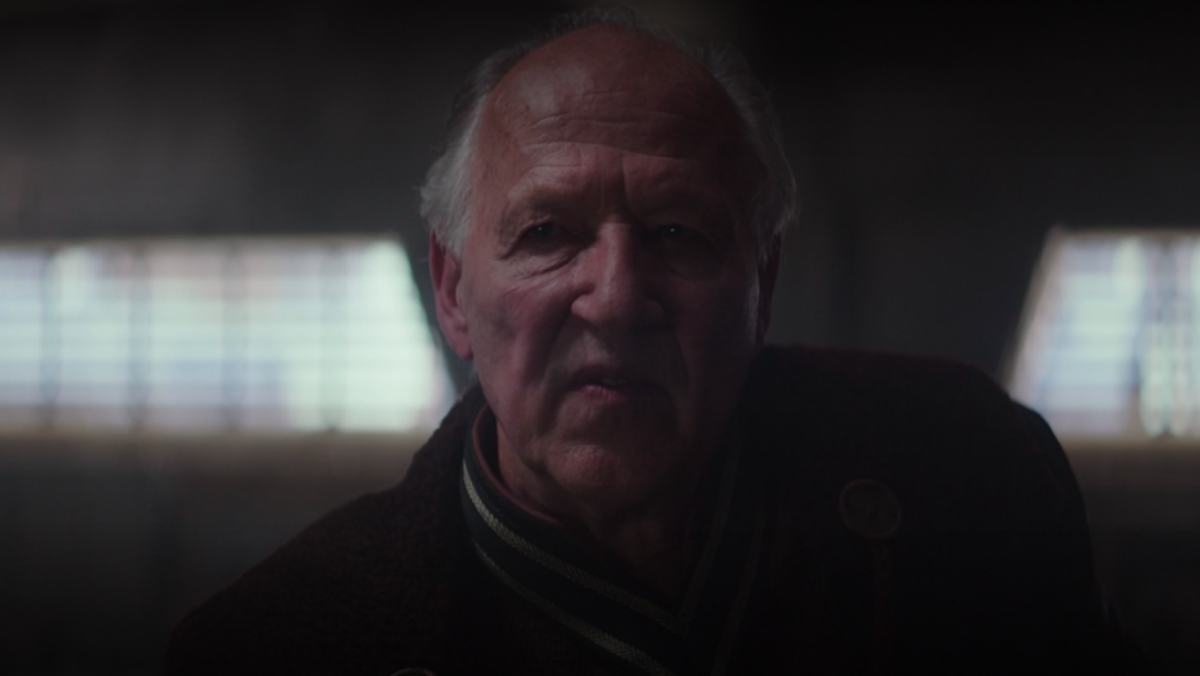 Well, it’s still unclear who Herzog’s character actually represents. Is he just a maniacal man who wants to understand the Force for his own gains? That would make sense; in the post-Empire world of The Mandalorian, Jedi and Force users are clearly more of a myth than a common occurrence. To that point, we saw the Mando and Kulli both completely mystified by the Child’s powers.

With that in mind, it’s likely that anyone who does know about the fact that the Force exists would be incredibly dedicated to understanding just what it is and how it works, especially in the face of the fallen Empire. A simple answer to our question is that the Client wants to use the Force himself and weaponize it, but the fact that he has a bunch of Stormtroopers hanging around means he might be working on something much bigger and more terrifying.

With Palpatine apparently defeated during the events of Return of the Jedi and ostensibly returning in The Rise of Skywalker, it is possible that Herzog represents someone who wants to bring the Emperor back. Getting their hands on a notoriously Force Sensitive creature sure seems like it would be a very good way to do that. Especially as we know from both Yoda and Darth Plagueis that Midi-Chlorians can be used to extend life and even defeat death when used by those who are powerful enough…