How THE MANDALORIAN Could Introduce Mara Jade - Nerdist

How THE MANDALORIAN Could Introduce Mara Jade

Two characters from Star Wars‘ old Expanded Universe—a.k.a. Star Wars: Legends—have always stood out in terms of their popularity with fans. One was Grand Admiral Thrawn and the other was the Jedi Knight Mara Jade. Thrawn was canonized in Rebels, and is likely to soon be coming to a Disney+ Star Wars live-action series. But where does that leave Mara?

Many fans believe now is time for her introduction into official canon. Granted, it would be a bit more complicated to bring Mara into the story than it was Thrawn. But we believe that The Mandalorian might have just provided a way in for the beloved character. 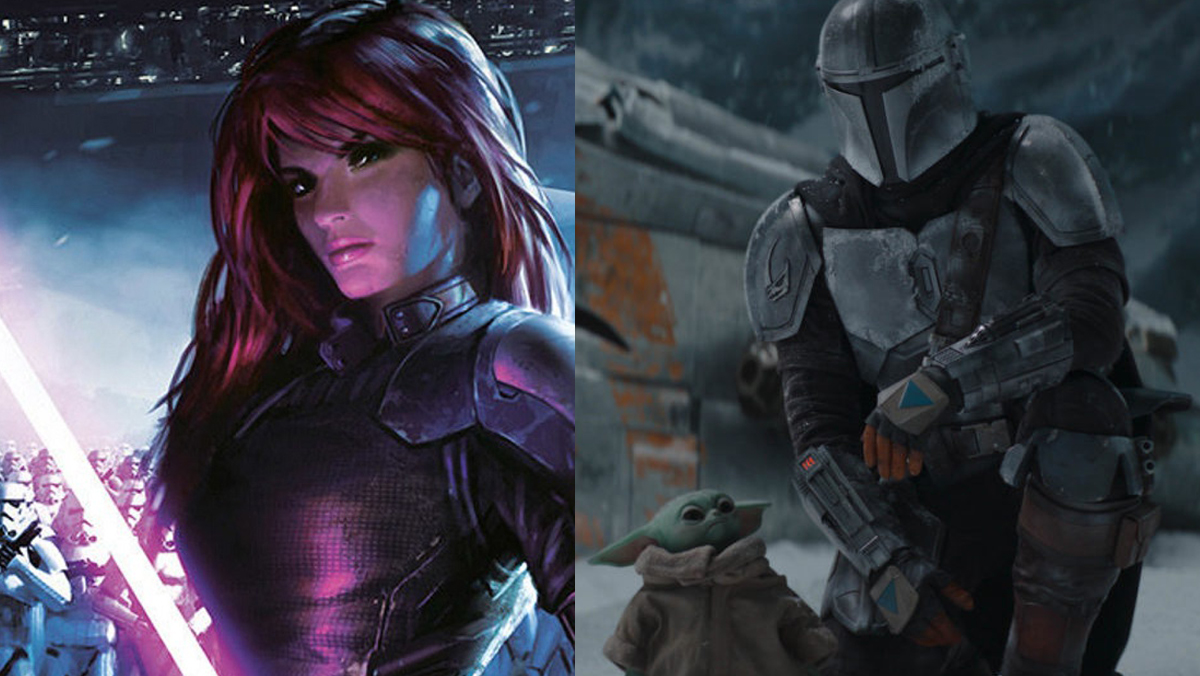 Timothy Zhan’s 1991 novel Heir to the Empire originally introduced Mara Jade to Star Wars lore. This book also launched the entire Expanded Universe. Mara first appears as smuggler Talon Karrde’s second-in-command. She’s ultimately revealed as the “Emperor’s Hand,” a special agent and assassin working secretly for Palpatine. This ultimately brings her into conflict with Luke Skywalker. She tries to fulfill her final orders from Palpatine by killing Luke, but eventually, she and Luke form a very different kind of a relationship. Over the course of several novels and many years, he trains her as a Jedi Knight, and the two fall in love. Eventually, she marries Luke and they have a son: Ben Skywalker. 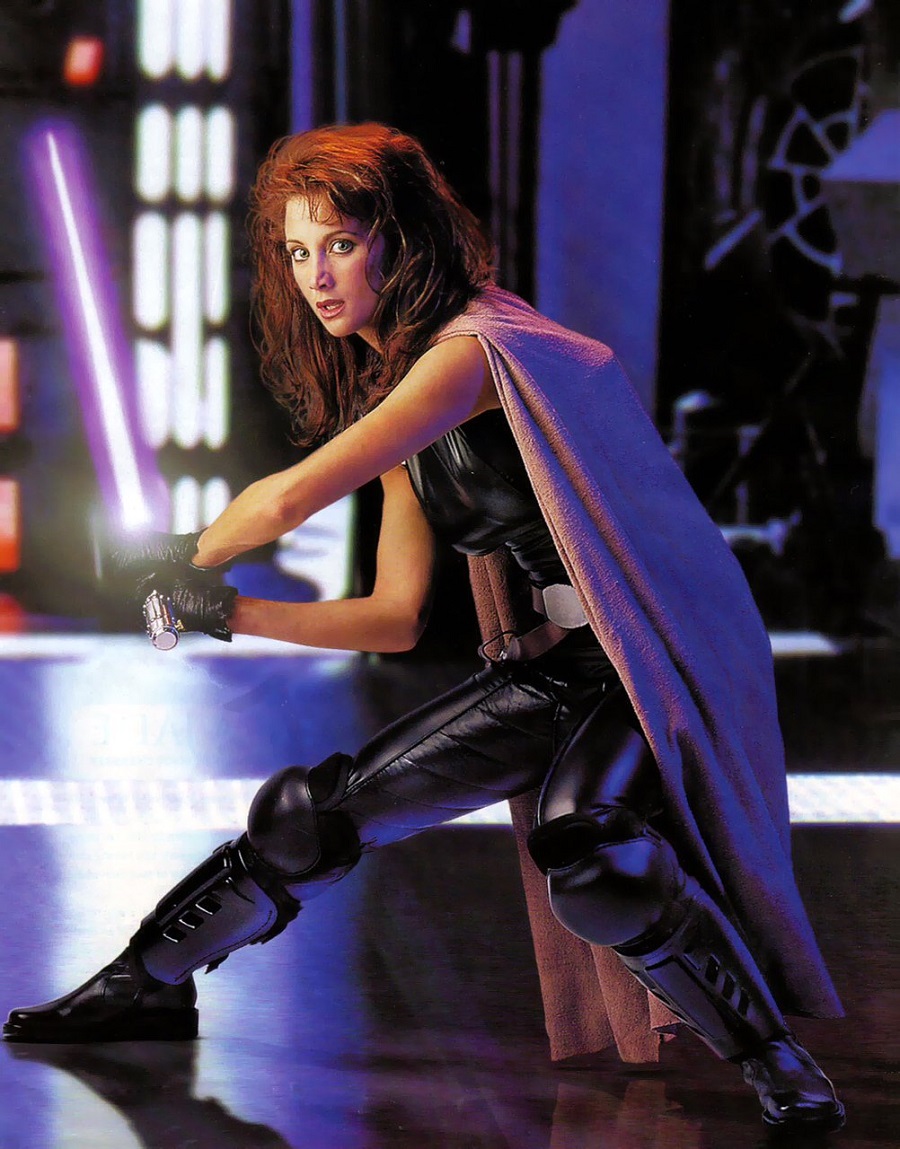 Mara became so popular a character, she appeared in video games like Masters of Teräs Käsi, Empire at War, and The Force Unleashed. Lucasfilm even hired a model named Shannon McRandle to portray Mara Jade in different card games and advertisements. But with the end of the old EU in 2014, many thought that was the end of the character forever. Especially as the sequel trilogy make it pretty clear that Luke Skywalker never got married or had any children. Thrawn was easy enough to slip in to official canon. But Mara? That seemed impossible. Until now.

The Mandalorian might have just opened the door for Mara Jade’s long-awaited appearance in live-action. And one where at least part of her original backstory could remain intact. Grogu, the infant formerly known as Baby Yoda, may be the key to it all. In The Mandalorian season two finale, Grogu goes off with Luke Skywalker, presumably to train in the Jedi ways. But don’t count on Disney and Lucasfilm getting rid of that adorable little green cash cow for good. He’ll be back, and he just might bring another Jedi with him. 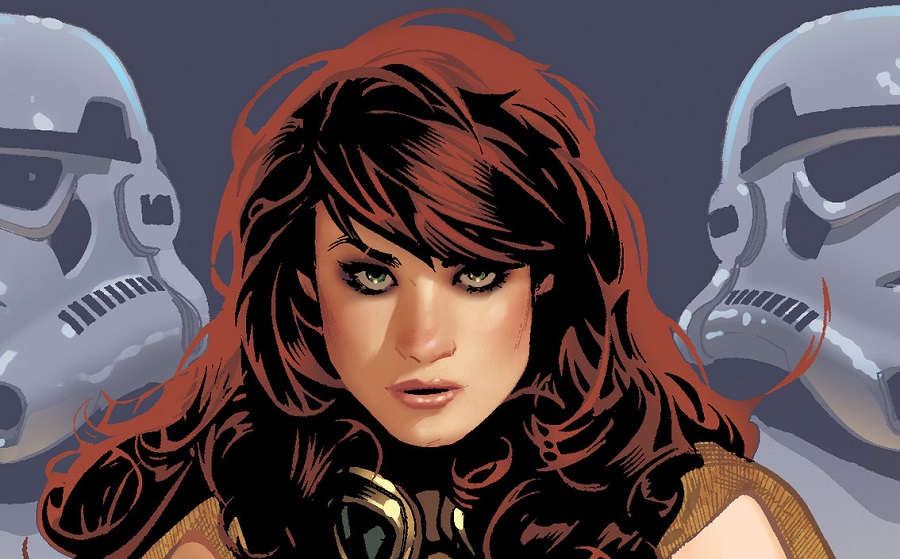 While we don’t think he’ll come back right away, we think at some point in The Mandalorian’s third season he will make a grand return. We expect there will be a time jump of some kind in Mando’s third year; it should be enough time for Luke to properly train Grogu and teach him how to control his powers. When Mando needs bailing out from a life-or-death jam, we expect Grogu to come and save his bacon. Cue the fans going wild.

But if that happens, Grogu is going to need some help getting around. Trained in the ways of the Force or not, he’s still going to be an infant. He’s not flying ships, or likely even talking yet. So he will need an adult to escort him wherever he’s going. Normally, we’d say that person would be Luke himself. But recreating Luke in CGI as a regular character would be extremely cost-prohibitive. So instead of Grogu coming back with Luke, what if it’s another early student of Luke’s, in the form of Mara Jade? 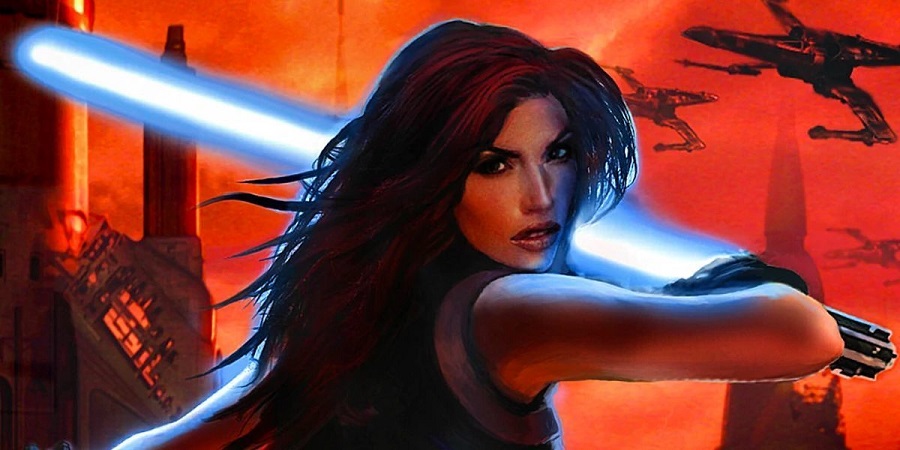 Mara’s backstory from the Legends canon could largely remain the same. She could still be the former Emperor’s Hand, who trains under and falls in love with Luke. But given how stringent Luke is with the rules of the Jedi Order at this point, we don’t think he’d allow himself to form a romantic attachment. Or at the very least, not give in to one. (Clone Wars fans, think more Obi-Wan and Satine than Anakin and Padmé.) So maybe the attraction between the two is real, but Mara must ultimately leave Luke’s side, as theirs is a relationship that simply cannot be. Thus, when it’s time for Grogu to leave, she becomes his escort and protector. 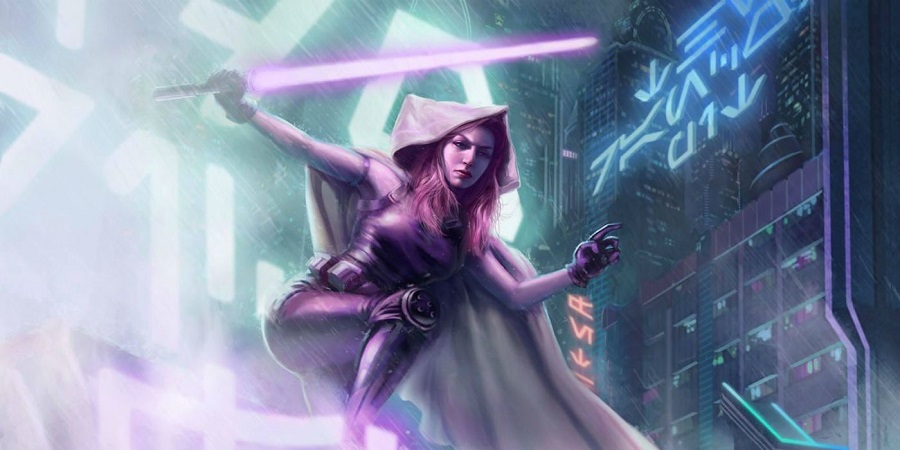 So what purpose could she serve in the story? As we see in the episode “The Jedi,” another Force user like Ahsoka could connect with Grogu and translate his thoughts for everyone else. After all, that’s how Ahsoka learned Grogu’s name. Mara could be the C-3PO to Grogu’s R2, in a way. And not only could she translate for Grogu, she could also be his bodyguard. Even if the baby is Force-trained, lightsaber action is probably out of the question for him.

Parts of Mara’s backstory, including her training and relationship with Luke, could still play out in carefully crafted flashbacks. And who knows? Maybe she’d become a great romantic foil for Mando himself. All that said, Mara’s creator, Timothy Zhan, has to approve any use of her in other books and media. Here’s hoping he does, and that Jon Favreau and Dave Filoni find a way to make Mara Jade an official part of Star Wars canon at long last.