NASA Picked Up on a Gigantic ‘Starquake’ in a Nearby Galaxy

Back in April 2020, NASA detected a burst of gamma-rays coming from what it thought was a “magnetar”: a type of ultra-magnetic “crushed remnant” star born from a massive star that’s gone supernova. Now, the space agency says multiple international science teams conclude a magnetar did indeed produce the burst. And that it was possibly a “starquake” in the giant, stellar magnet’s crust that caused it.

Four NASA spacecraft, as well as the European Space Agency’s INTEGRAL satellite, picked up on the burst. Astronomers now believe it was a “flare” from the magnetar. The brief explosion of gamma-rays—the most energetic electromagnetic waves in existence—triggered all of the spacecraft at separate times. And the whole event was over in, quite literally, the blink of an eye.

“We’ve discovered a masquerading magnetar in a nearby galaxy, and we’ve unmasked it,” Kevin Hurley of the University of California, Berkeley, said at a press conference, reported on by Science News. Hurley, one of the co-authors of one of the studies outlining the discovery (in Nature), added in a NASA release that the detection in April was “a game changer because we found that the burst almost certainly lies within…the nearby galaxy NGC 253.” 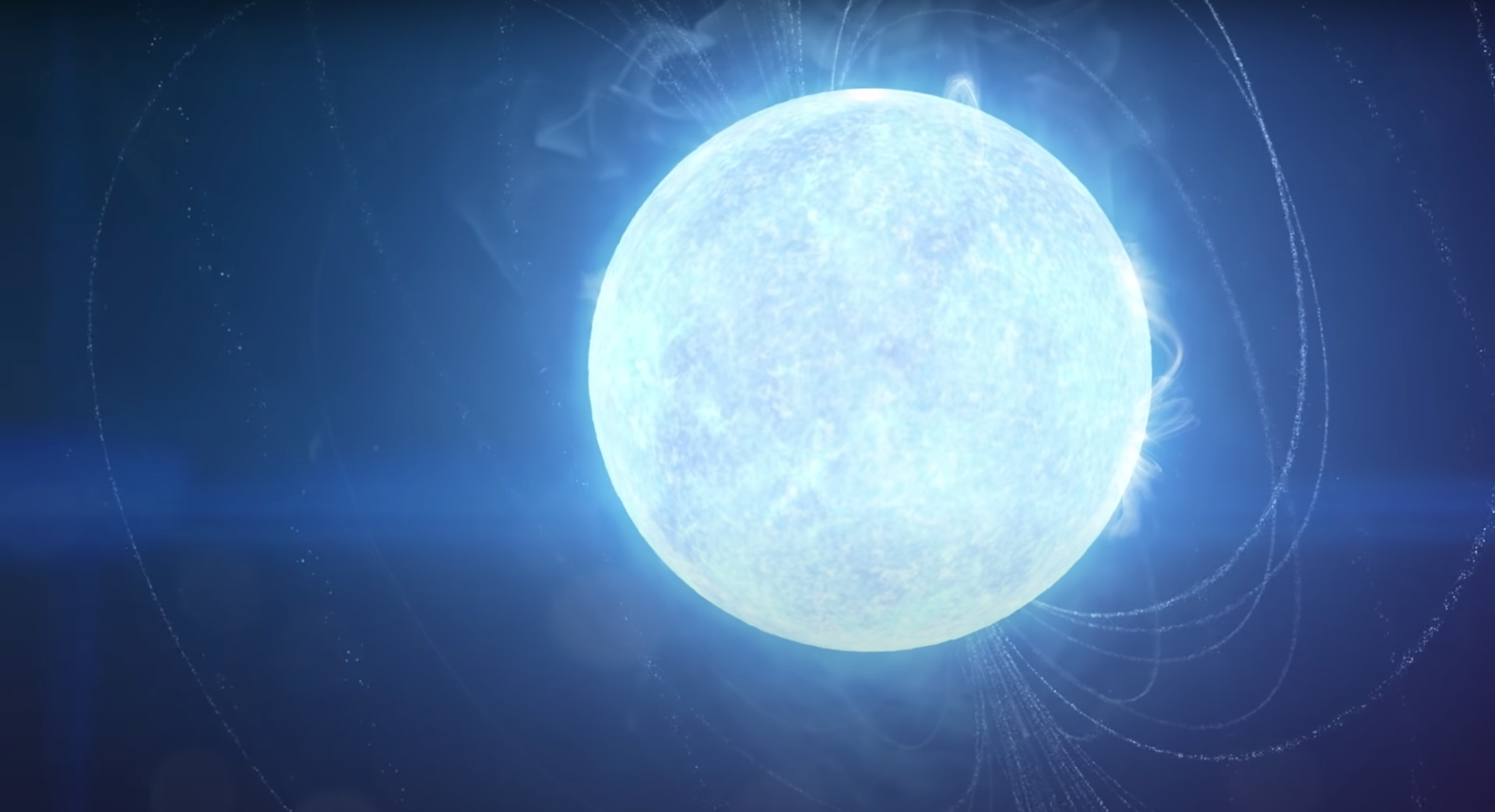 A magnetar (immediately above and below) is just like a neutron star—the leftover core of a giant, supermassive star—albeit with a magnetic field that’s 10,000 times stronger. For reference, a magnetar has a diameter of about 12 miles, yet the mass of 500,000,000 Earths. And, most notably, a magnetic field ten trillion times more powerful than a refrigerator magnet’s.

The international team of astronomers believes it could’ve been a “starquake” in the magnetar’s crust that caused the flare. One that was one thousand trillion trillion times as powerful as the 9.5 magnitude earthquake recorded in Chile in 1960. “I’m from California, and out here we would definitely call that the Big One,” Hurley said. 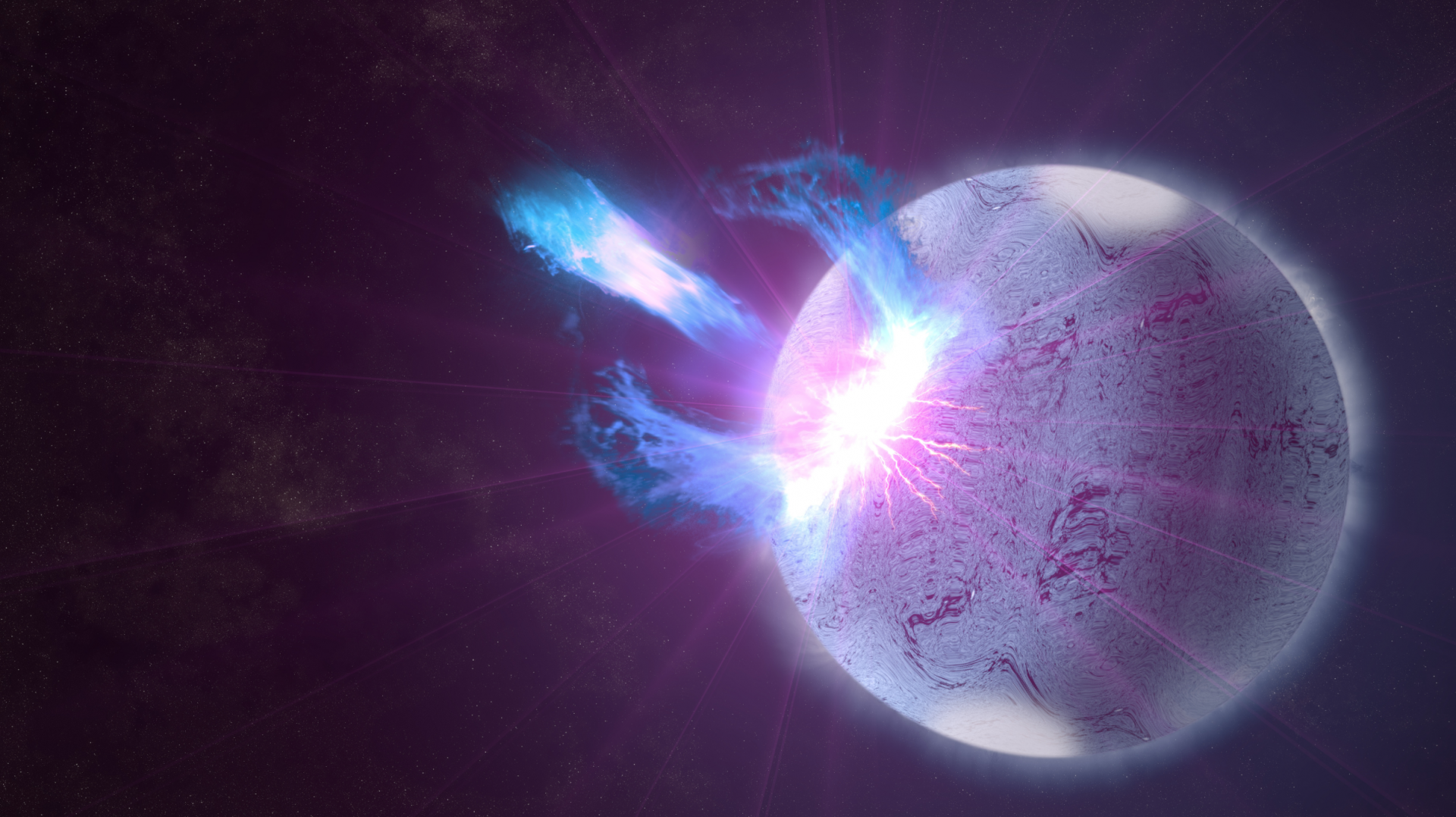 The most important aspect of the discovery however, is the establishment of giant magnetar flares as a highly probable source of gamma-ray bursts. Astronomers already believe that colliding neutron stars may cause the bursts. Or even merging black holes. But now it’s official: When it comes to suspected sources of gamma-ray bursts, magnetars are back on the menu!