Pixar built its reputation on observing vast worlds through small eyes. After mining this notion for gold time and again, the studio endeavors a departure in its latest film, Luca. The story of a sea monster exploring life on land sounds like it’d be right at home in grandeur.

But Luca is Pixar’s simplest and humblest venture to date, setting up camp in a trifle about summertime joy. This superlative works to its benefit, spotlighting the whimsy inherent in the day-to-day of a youngster coming of age. That is, until the shadow of Pixar tradition creeps in; or perhaps it’s the assumed gravity of (kind of) telling the studio’s first story about two boys in love. 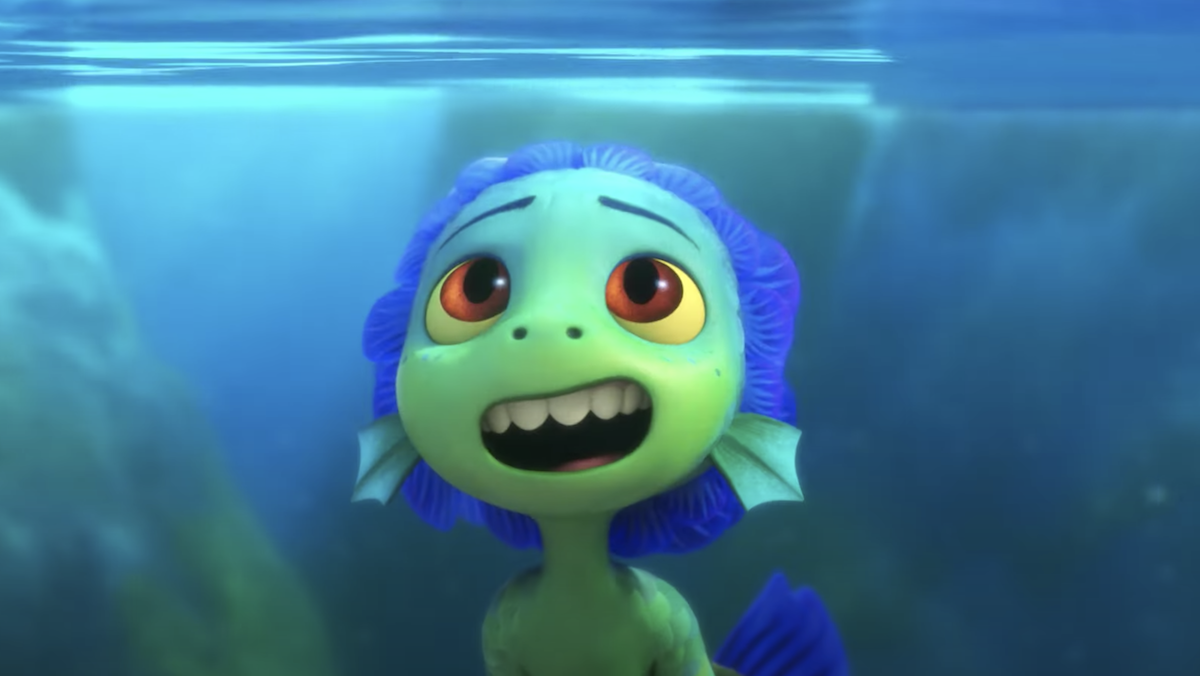 Having lived his entire life submerged both in the Italian Riviera and chronic anxiety, teenage sea monster Luca (Jacob Tremblay) is ill-prepared for an ad-hoc trip aboveground. He is hoisted into this new terrain by Alberto (Jack Dylan Grazer), a fellow sea teen who’s been camping out on the beach and ostensibly craving attention. As soon as they set webbed foot in the sun, Luca and Alberto don the likeness of humankind. Thus, they become free to explore above-sea-level Italy, so long as they keep from getting wet.

In its early transition from the underwater to the surface world, Luca distinguishes itself from the Disney footprint. The usual brand of magic is expensed in the name of lo-fi merriment. Young Luca’s forebears may have spent half an act gawking at resplendent castles or mountains. Here, our hero is satisfied to enjoy some ice cream and build a bootleg Vespa with his new companion. 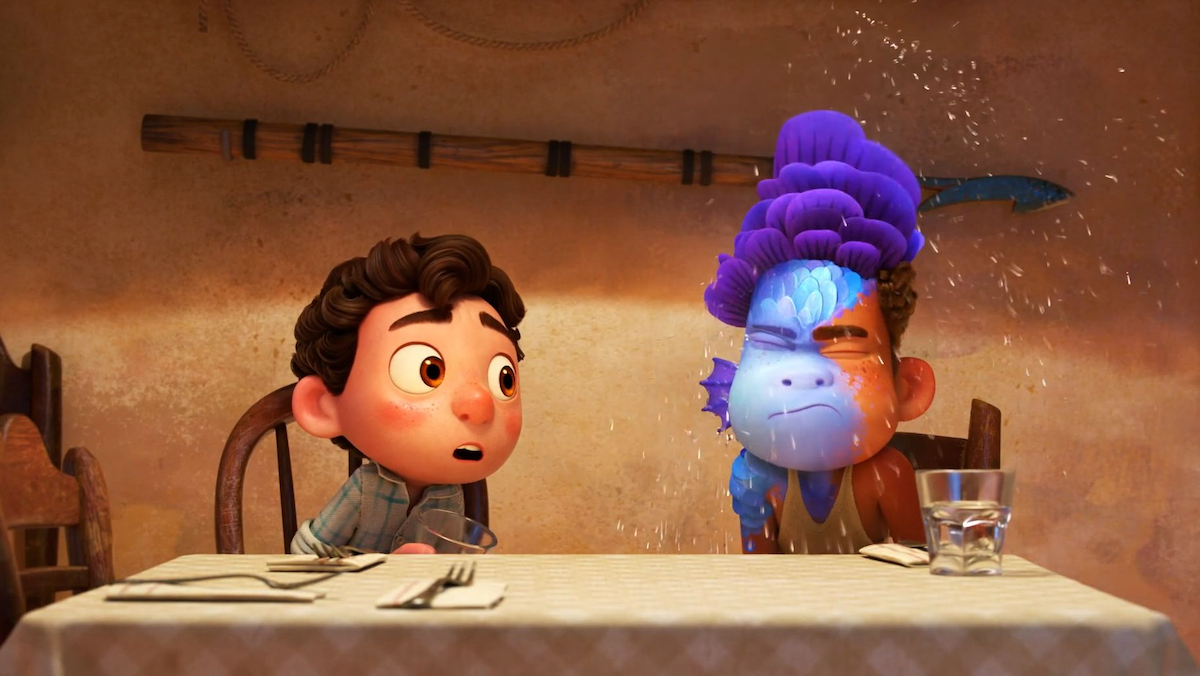 In its early transition from the underwater to the surface world, Luca distinguishes itself from the Disney footprint. The usual brand of magic is expensed in the name of lo-fi merriment. Young Luca’s forebears may have spent half an act gawking at resplendent castles or mountains. Here, our hero is satisfied to enjoy some ice cream and build a bootleg Vespa with his new companion.

In allotting Luca’s time on dry land as such, the film makes its priorities clear. This is less a story about one boy’s journey than about two boys’ relationship. Meek Luca plays willing sidekick to charming blowhard Alberto, who safeguards his desperation for the former’s company and affection. In one another, the boys find their first glimpse of real dreams. 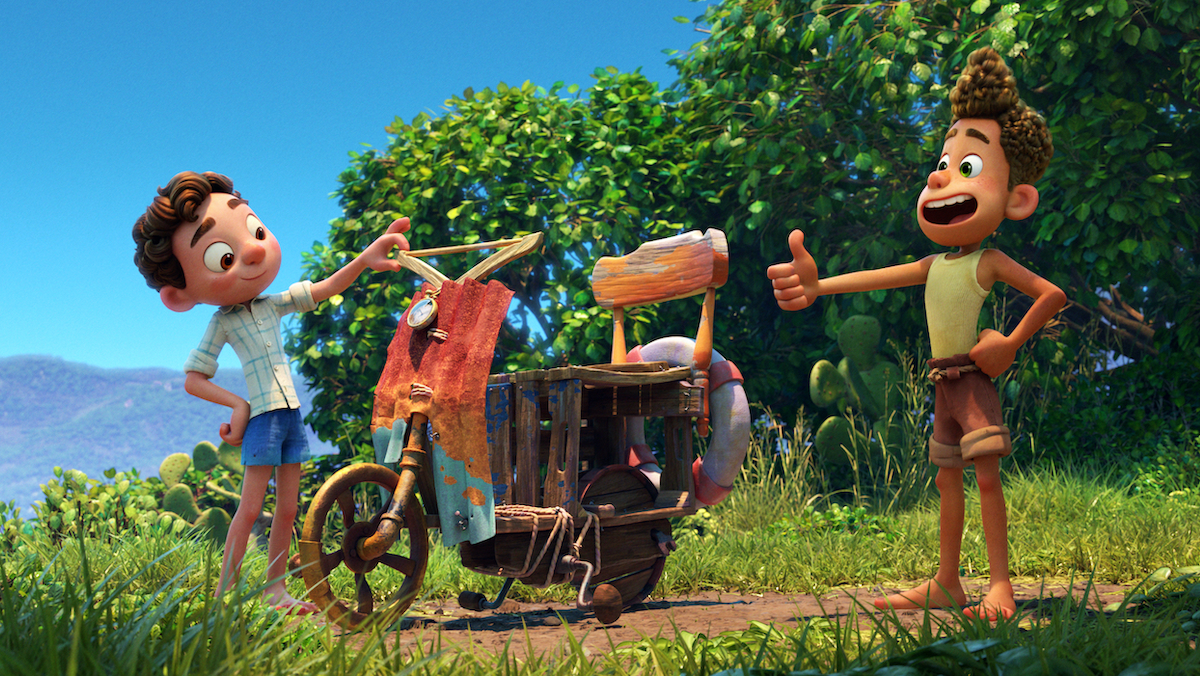 Delightfully meager and cheesy dreams, mostly involving buying and riding motorized scooters. Luca’s greatest act is ditching catch-all wonder in favor of the sweetly dumb things that kids often vie for. As the movie understands in its most self-possessed moments, it’s less about the dream than it is about dreaming. Especially when you’re dreaming together.

Just as endearing, and even more sophisticated, is the way that Luca and Alberto’s relationship is tested. The pair’s stupendously corny aspirations (you will not believe how many times these kids excitedly gasp the word “Vespa!”) find them participating in a sleepy Italian villa’s annual kids-only triathlon. To underline the scale of this movie further, that’s the main thing here. Two sea monsters team up with plucky A-type Giulia (Emma Berman) to beat an either-19-or-like-45-year-old-jagoff (Saverio Raimondo) in a competition meant for children. It truly impresses that Pixar, so often concerned with matters monumental, was satisfied to settle for a bicycle race. 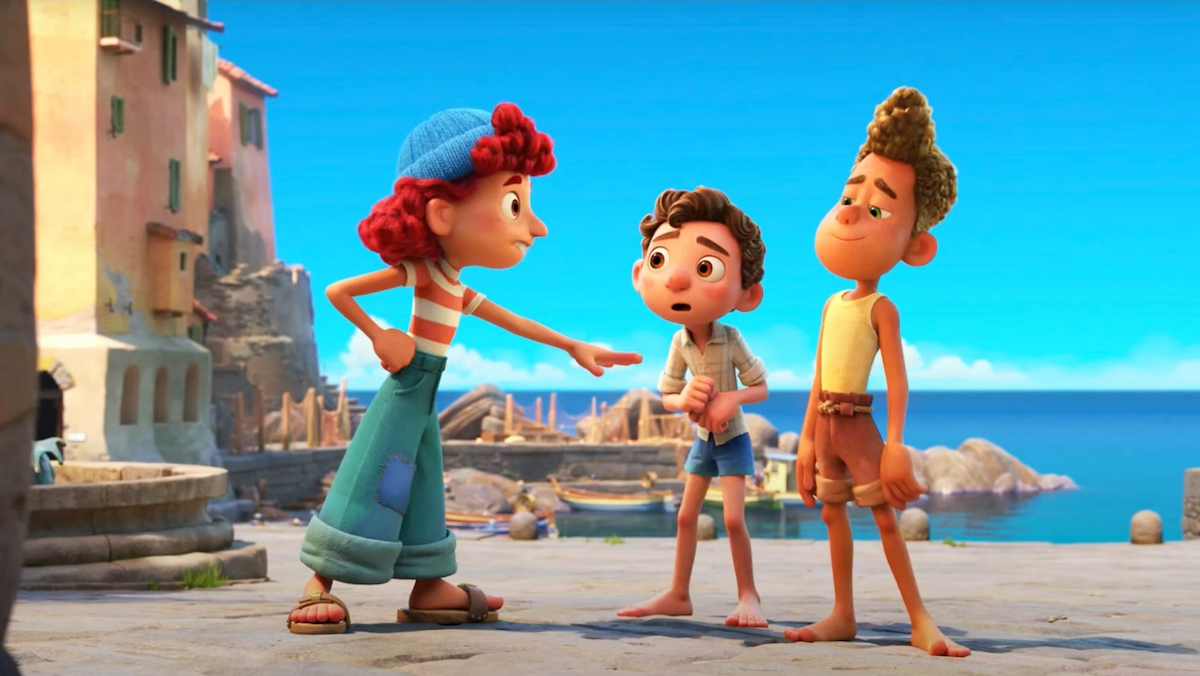 All that said, Luca resists leaning too heavily on the suggestion of danger, making for an altogether pleasant romp throughout. That’s a net positive, given the compassion we inherit for Luca, Alberto, and their gentle love for one another. But when it comes time to coalesce stories, the film seems ill-prepared to shoulder the gravity for which it paradoxically yearns. 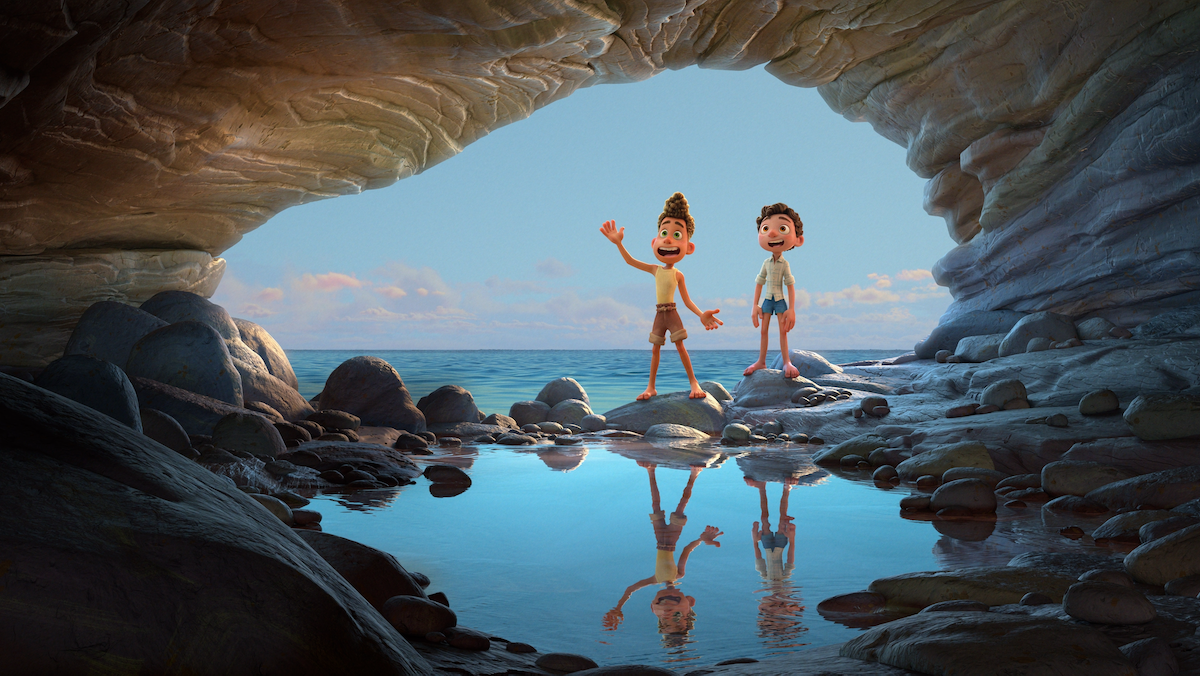 Though director Enrico Casarosa may claim that Luca is a story “about platonic friendships,” the film takes as many measures as it can to encourage viewers to consider otherwise. (Warm embraces; jealousy and territoriality; even Alberto’s remark, “My friend smells amazing!”) This in mind, Luca’s themes—about exploration, transformation, keeping your identity a secret—foster a specific tenor. And in turn, so does the backdrop of a community of people who’d love to serve two sea monsters their demise.

We talk a lot about the lacking representation of queer joy onscreen. Hollywood has all but submitted to the necessity of tragedy in stories about LGBTQ bodies and relationships. This can wear on you, and conflate your sense of self with the idea of malfortune. It’s also just not so much fun to watch after a while. Perhaps the minds behind Luca have digested this in good faith and endeavored to put together a story about queerish boys thriving. But this doesn’t entail lifelong sea-monster-hunters tossing away their harpoons for an all-smiles conclusion out of the blue.

Luca wants to tell a small story, but convey a big message. In the end, it at least gets parts of each right. And the right parts are sweet, soft, and righteously goofy enough to make the whole trip worth leaving your seabed.