The Top PIXAR Villains Of All Time, Ranked - Nerdist

The Top PIXAR Villains Of All Time, Ranked

The Disney animation filmography is filled with great villains, but while classic Disney baddies are filled with witches and queens and evil Uncles, the Pixar output has been a bit more varied in their choice of antagonists.

With Toy Story 4 around the corner, sure to add another great and unexpected scoundrel to the list, here are our picks for the top 18 bad guys in the first 25 years of Pixar films, going from lamest to greatest. 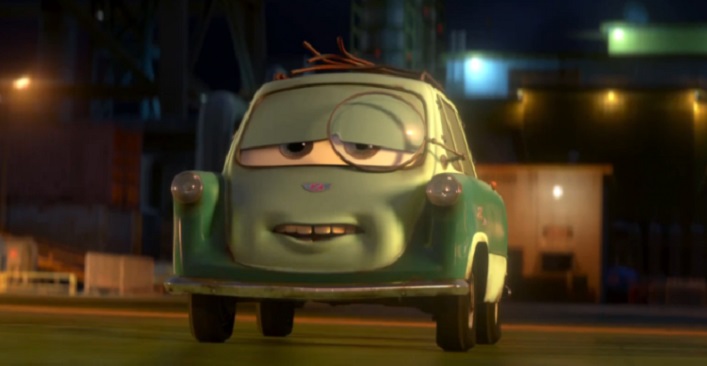 The Cars series isn’t the most beloved of the Pixar franchises, and only the first one arguably any good. So at the bottom of this list is Professor Z, the monocle-wearing baddie who plans to destroy the World Grand Prix. He nearly eliminated this series.

Between flash floods and carnivorous pterodactyls, an argument can be made that the only real bad guy in this movie is nature itself.

This cheating racer from the original Cars movie proves that any character is made better when you have Michael Keaton lending his voice to them. Plus, it’s another great Pixar bad guy mustache. 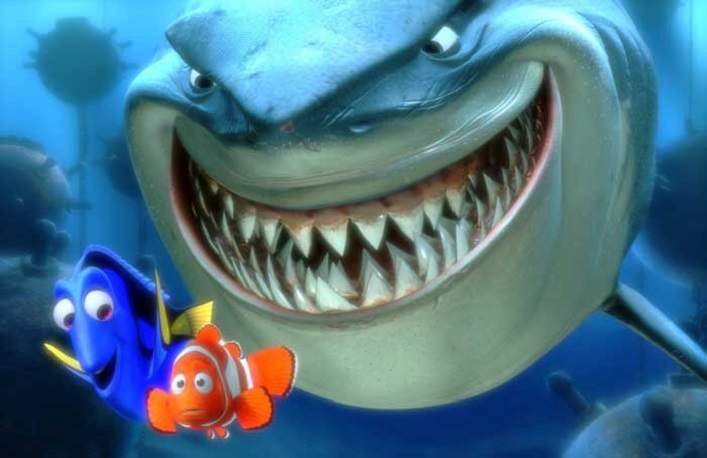 Bruce is trying so, so hard to not be a “bad guy,” but his appetite just keeps getting the better of him. We totally understand. One of our favorite parts of Finding Nemo. 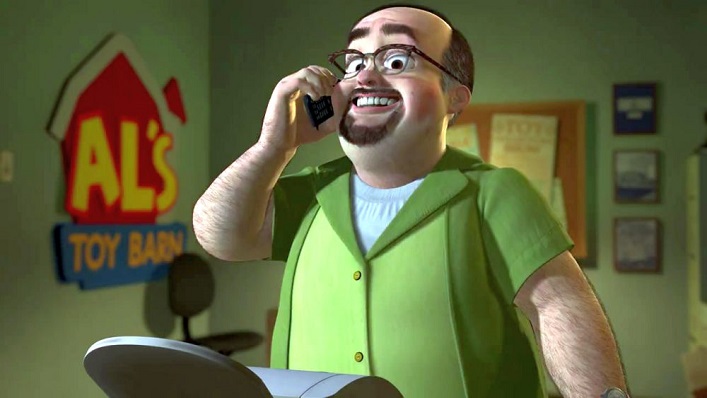 The obsessive owner of Al’s Toy Barn, who steals Woody in order to sell him, Al is made extra unlikable through an expert voice performance by actor Wayne Knight, who between this, Jurassic Park, and Basic Instinct, owned the part of “ sleazy sweaty dude” in many a ’90s movie. 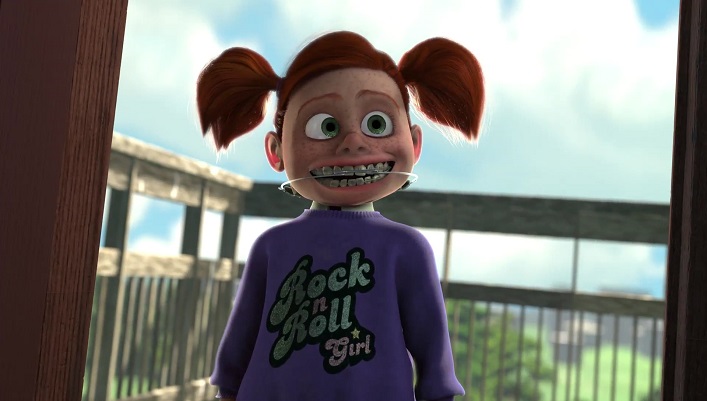 She might not be bad, per se, but to those poor fish, those freckles, pigtails, and headgear are symbolic of the End Times. 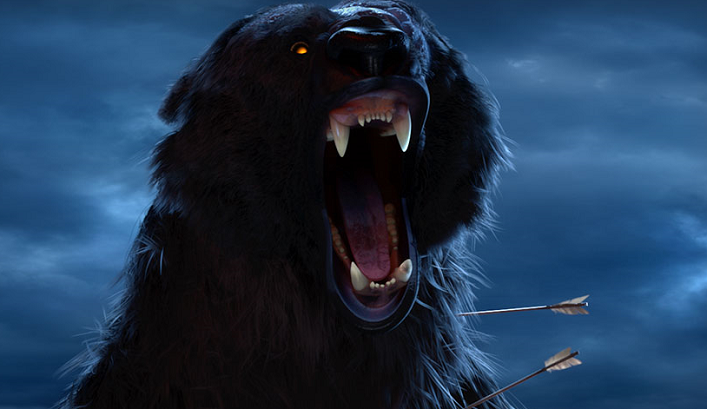 Most Pixar villains aren’t exactly what I’d call scary, but this giant bear? Sorry ’bout it guys, he’s the only Pixar baddie who is legit terrifying. Thank goodness I didn’t see this one as a little kid. 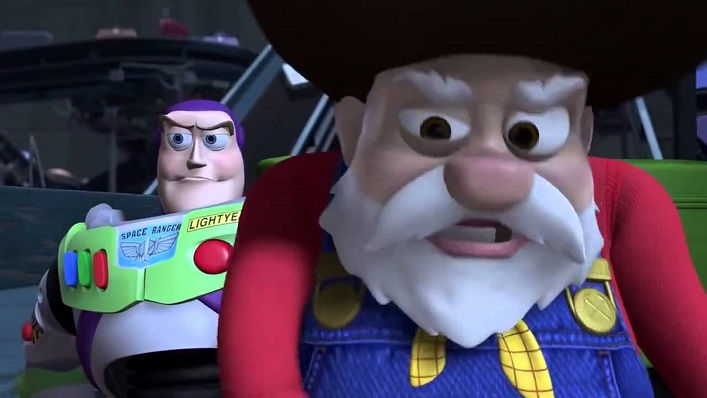 He may seem like a kindly, homespun grandpa type, but he kind of turns out to be a controlling nightmare who wants to keep everyone trapped in a box just like him. 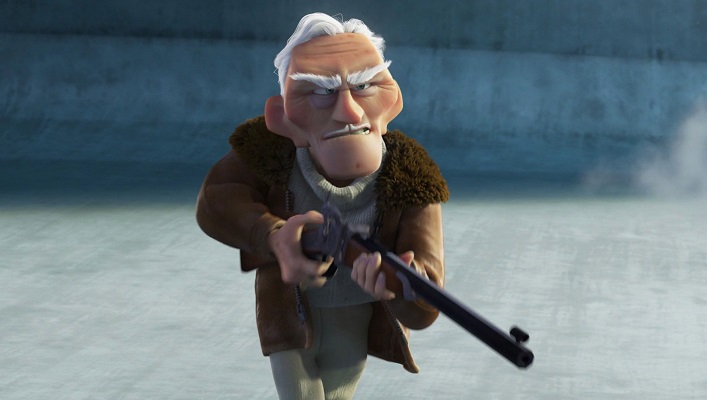 The childhood idol of our protagonist Carl, Charles Muntz is proof that you never want to meet your heroes, because they might be ruthless and crazy, spending years living in exile. Kinda won’t live up to your expectations. 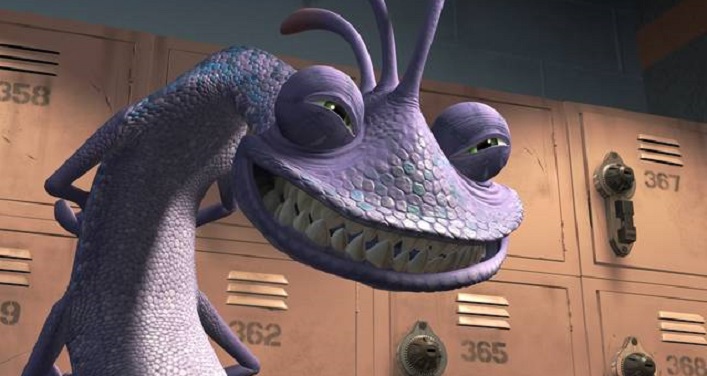 Everyone who has ever worked in an office long term knows a Randall, which is why this Monsters, Inc. baddie resonates so highly. Plus, Steve Buscemi helped to make him extra smarmy.

Just like HAL 9000 from 2001, Auto is pure and cold logic who, under secret orders from Buy & Large to never return to Earth, nearly leaves the human race eternally sipping shakes in floating chairs. That’s just wrong.

Honestly, this overbearing jerk ranks as highly as he does just for that mustache.

The tyrant grasshopper who lords over the poor ant colony, Hopper is the ultimate entitled jerkwad braggart and bully. He richly deserved what happened after all those baby birds got to him. Plus, he’s the only villain based on a Kurosawa character. 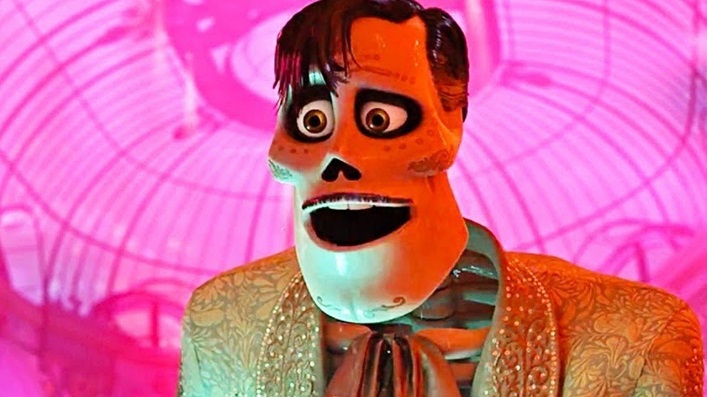 Another example of “don’t meet your heroes, they’ll turn out to be jerks.” Young Miguel worships this supposed musical legend, as does all of Mexico. But our hero finds out de la Cruz isn’t simply not his grand father, he’s a plagiarist and murderer. For what it’s worth, we do find out he was killed when a giant bell crushed him live on stage, so there’s that. 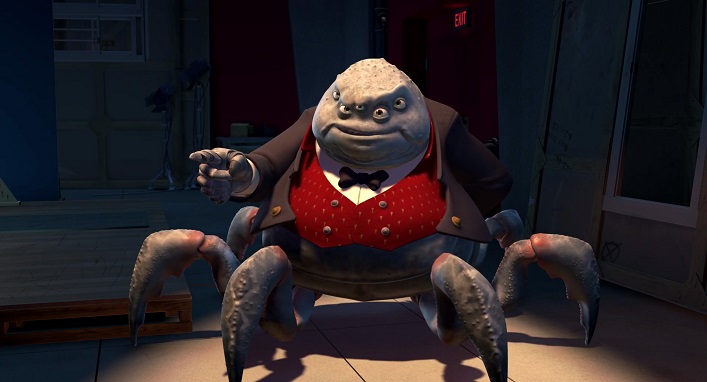 The ultimate corrupt CEO, the owner and operator of Monsters, Inc. cares more about productivity and bottom line than his actual employees, making him the perfect villain for today’s world. 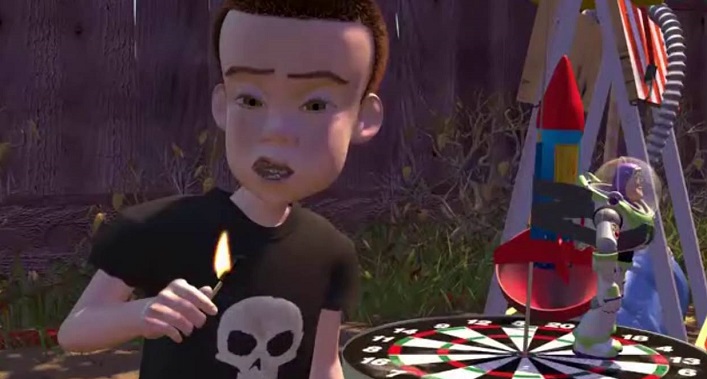 We all knew a kid just like Sid once, a neighbor kid who ruined our toys for the love of meaningless destruction. He might not be “a bad guy” in the strictest sense, but he awakens so many bad childhood memories he gets to rank this high. 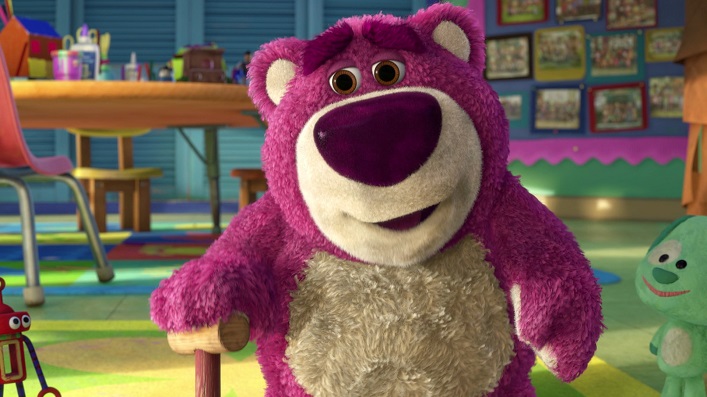 Don’t let his fluffy, folksy purple exterior fool you – Lotso is the WORST. His dictatorial rule of the Sunnyside Daycare, and the way he basically tortures Andy’s toys, maybe the most beloved of Pixar characters, makes him one of the most hated Pixar villains. 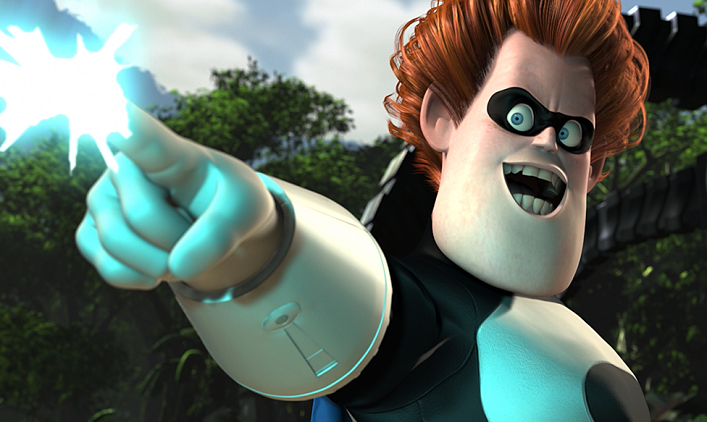 The ultimate toxic fanboy, the former self-named Incrediboy begins a reign of terror because his idol, Mr. Incredible, rejected him as a kid. Brad Bird accurately and eerily predicted the dark side of obsessive and entitled fandom with Syndrome, making him our #1 pick.