Why LORE OLYMPUS is Your New Obsession - Nerdist

Why LORE OLYMPUS is Your New Obsession

The abduction of Persephone has inspired countless creators over the centuries with its epic drama and metaphoric richness. The story feels especially powerful and relevant today. Many of us grapple with the fear and uncertainty of life under quarantine. The webcomic Lore Olympus, created by Rachel Smythe, is a contemporary take on the tale. In Smythe’s version, Hades is the stoic CEO of Underworld Corp. and Persephone is a young woman torn between her obligation to pledge to The Goddesses of Eternal Maidenhood and her desire to live, messily and passionately, in the real world—which includes an internship at Underworld Corp. and an all consuming attraction to Hades.

The sensual slow-burn of this “will they, won’t they” is intense and immersive—and it’s just one reason why Lore Olympus should be your next obsession: 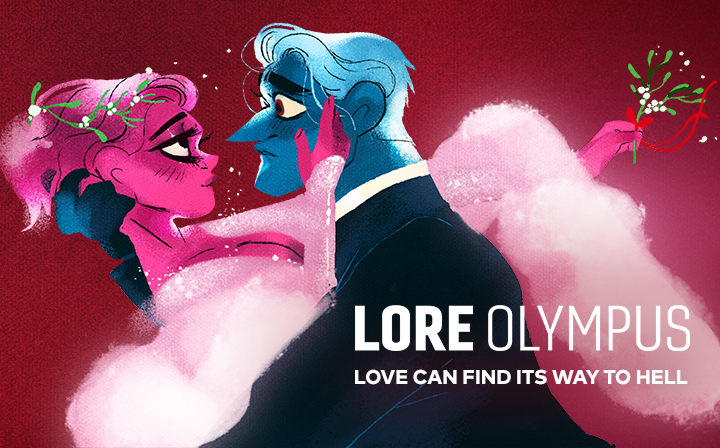 It’s a Modern Take on an Ancient Goddess

In many versions of the story, Persephone is a passive damsel, whisked away in a chariot and waiting for salvation. But the Persephone of Lore Olympus is very much her own woman— emerging from her overbearing mother’s long green shadow and learning, sometimes joyfully, sometimes painfully, what she wants from life, career, and love. Her relationship with Hades stems from in mutual attraction and respect. They talk candidly about their feelings for each other and about their personal boundaries.

Yet this relationship doesn’t exclusively define Persephone’s arc; generally it’s her desire to understand and control her powers and find her place among her fellow deities. She’s a goddess who can make the world bloom, but has a hidden temper with an apocalyptic force—one of the comic’s lingering mysteries is how she got the name Persephone, or “Bringer of Death” (fans of Riverdale will appreciate the big “Dark Betty” energy). 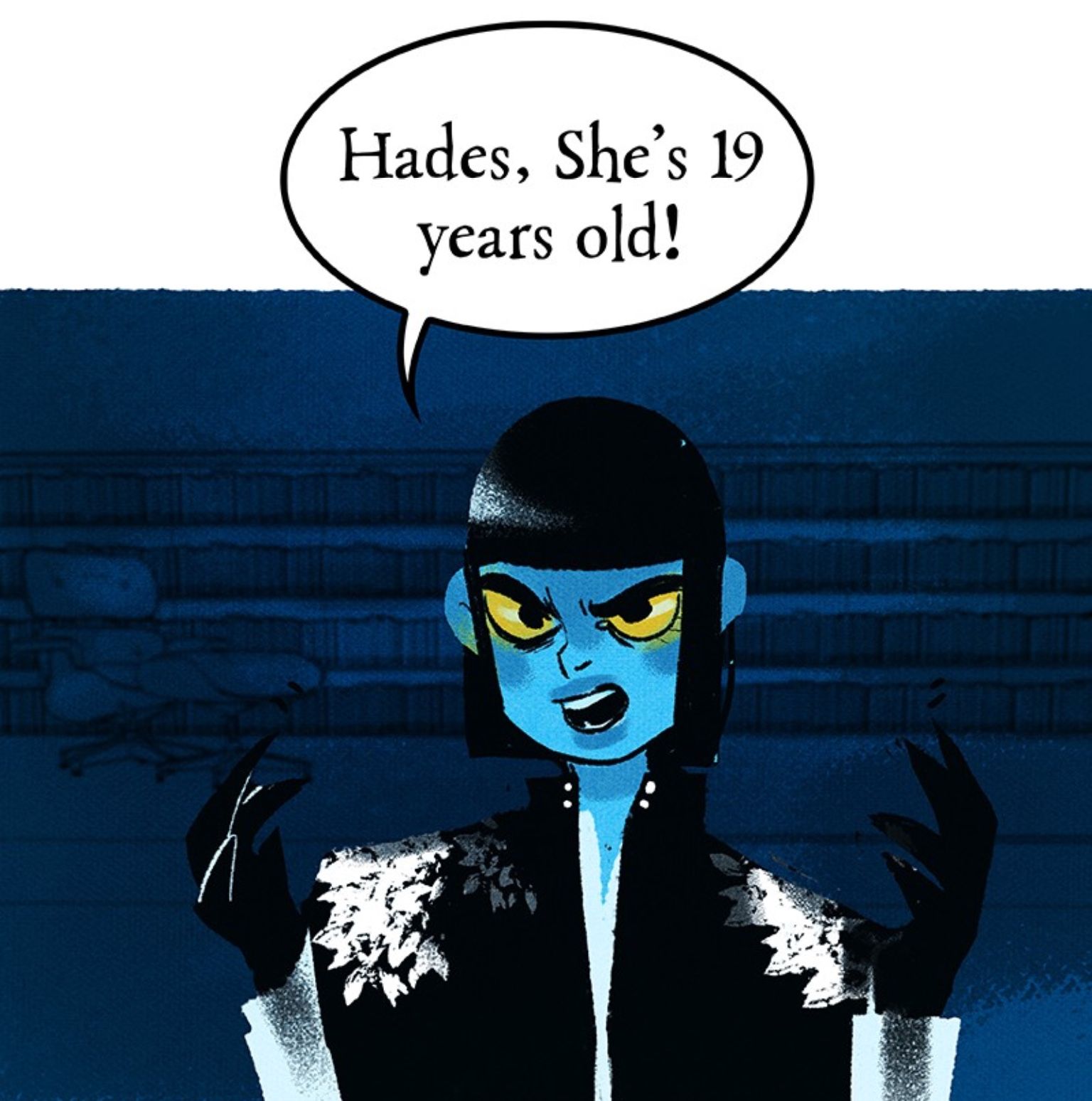 It’ll Make You Want to Learn More About Mythology

Hades and Persephone may be the stars of the show, but Lore Olympus includes subplots that feature the classics of the pantheon—one of Persephone’s besties is none other than Eros, and he’s got a girlfriend that his mother, Aphrodite, doesn’t care for (to put it mildly). The comic also weaves in figures and tales that might be unfamiliar to us. Hecate, goddess of the crossroads, magic, and night, appears as the chic-suited boss lady of Underworld Corp. The relatively minor myth of Minthe, a nymph smitten with Hades, becomes a key part of the central storyline.

Those of us with more casual appreciations of myth might be aware of the Titanomachy as a war between the Olympians and their real bad dad, but Lore Olympus teases it out as part of Hades’ backstory, finding a soap operatic pulp and grandeur, and genuine pathos, in this battle royale to rule the world (and everything beyond it). Smythe goes for some of the deep cuts in mythology—especially in all things Underworld—that will make even old school Greek myth geeks go down a research rabbit hole. 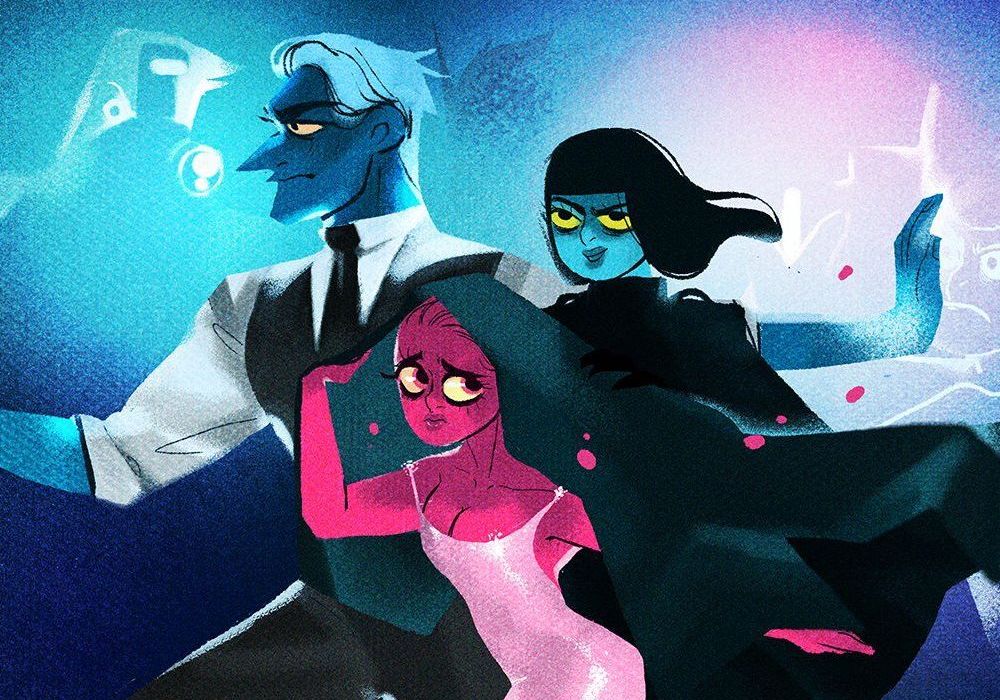 The Art is Gorgeous

Lore Olympus is one of the most visually distinct webcomics around. Each frame looks like a watercolor painting. From portraying the vibrant lushness of earth’s fields and forests, to the urban glitz of Olympus proper. Or even the night-washed metropolis of the Underworld. Smythe turns color into a storytelling device. Swoony moments render in a brighter, more delicate palette and the emotionally wrenching scenes in dramatically dark shades. It’s no wonder that Lore Olympus has inspired a fandom of artists and cosplayers, who fill up Tumblr and Pinterest pages with their takes on the characters. Smythe regularly re-tweets fan art; there are far worse ways to spend long evenings in lockdown than discovering talented fan creators online. 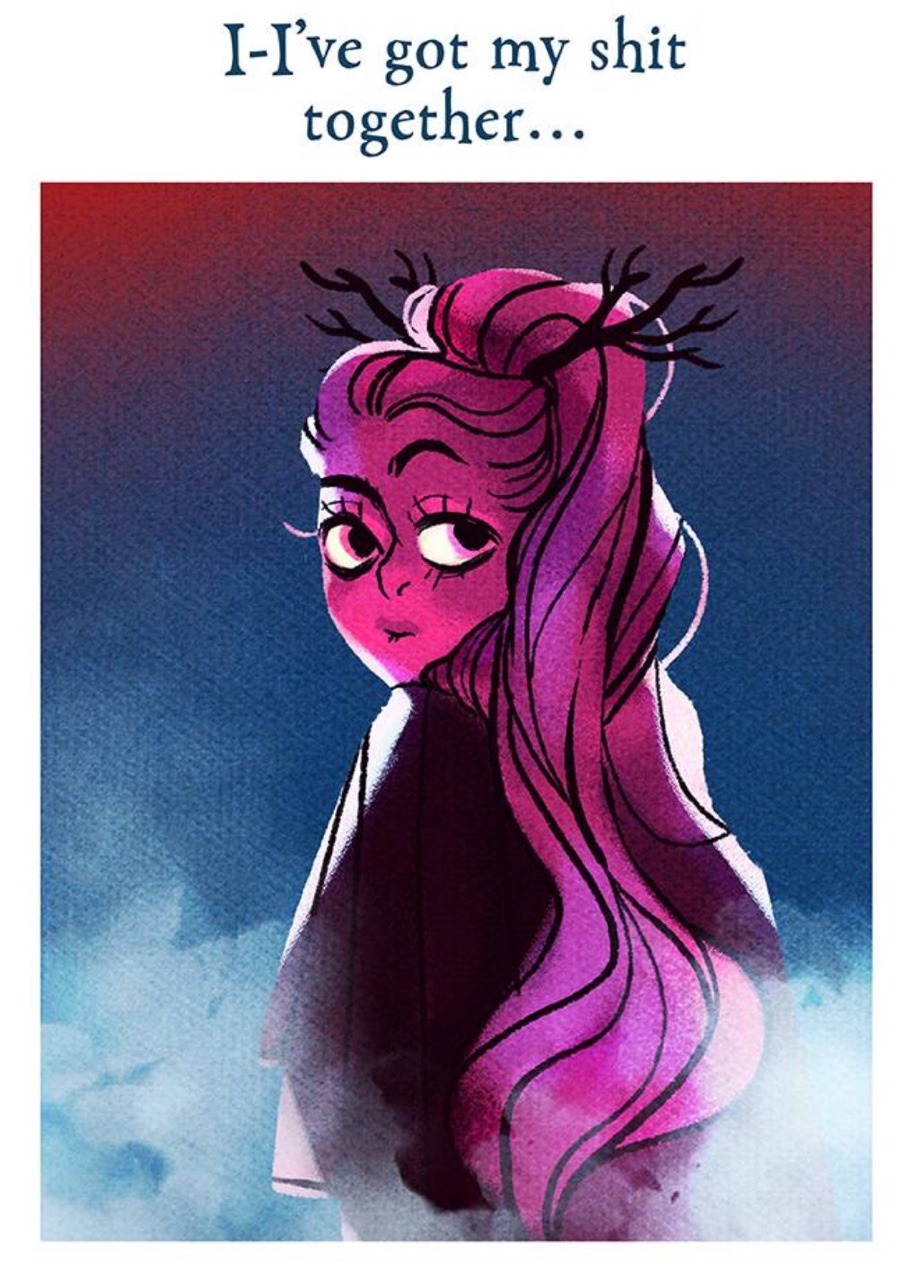 One of the reasons that Lore Olympus is an ideal quarantine read is that it can be a soapy good time, filled with romantic intrigue, family feuds, and power struggles in the boardroom and the bedroom. But the story also tackles real and relatable issues—like sexual assault, depression and anxiety, and parental abuse—with sensitivity and nuance. Even characters like Hades, who, on the surface, seem blessed with wealth, clout, and broody good looks, suffer unresolved pain.

The comic takes the bigger, more explosive moments in mythology and turns them into metaphors for trauma and recovery. This includes Hades’ father, Cronos, eating him. Hades’ ability to connect with Persephone, who, as goddess of Spring, represents growth and renewal, isn’t just about pining for some hot young thing.  It’s about learning to love and to heal. Watching these characters try to heal and grow as people, leaders, and partners is inspiring. Especially as many of us may be cycling through our own, more difficult feelings at this time.

Lore Olympus wraps up its first season soon, and it’s slated for development as an animated series.