Wherever Loki goes, trouble follows. Or sometimes the trouble is already present. Either way, we expect this because Loki does hold the title of the God of Mischief. The third episode of the Disney+ series, “Lamentis,” brought us all sorts of drama between the Loki variants. If you’ll remember, the Tom Hiddleston Loki variant jumped through a time portal to follow the other Loki variant (Lady Loki? Or maybe Enchantress?). And now we’re here. Let’s break down the many Easter eggs in this episode. 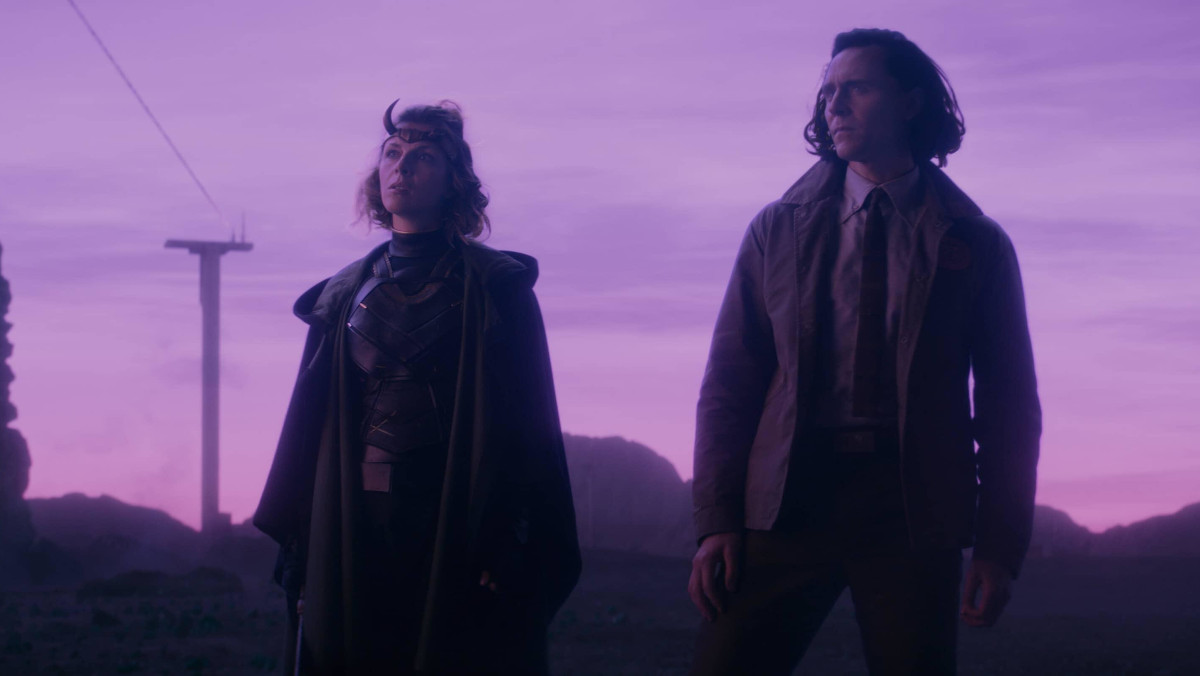 The episode’s title is an Easter egg, as Lamentis is a Kree world. On the edges of Kree space, Lamentis’ first and only appearance is in 2007’s Annihilation Conquest: Prologue #1. Though we probably won’t see Quasar or the Nega-Bands show up, the purple color palette does reflect the planet we see in the comics. But hey, this is the second reference to Quasar, so…

Don’t worry, it’s not a Mephisto reference. No, when Lady Loki, a.k.a. Sylvie Laufeysdottir, has margaritas in C-20’s mind, Hayley Kiyoko’s “Demons” plays in the background. Lady Loki is kind of acting as a demon in C-20’s head, so the song’s chorus of “Please, forgive me, I’ve got demons in my head.” is a perfect choice.

Is that how brain freeze works though? Mmm, no. 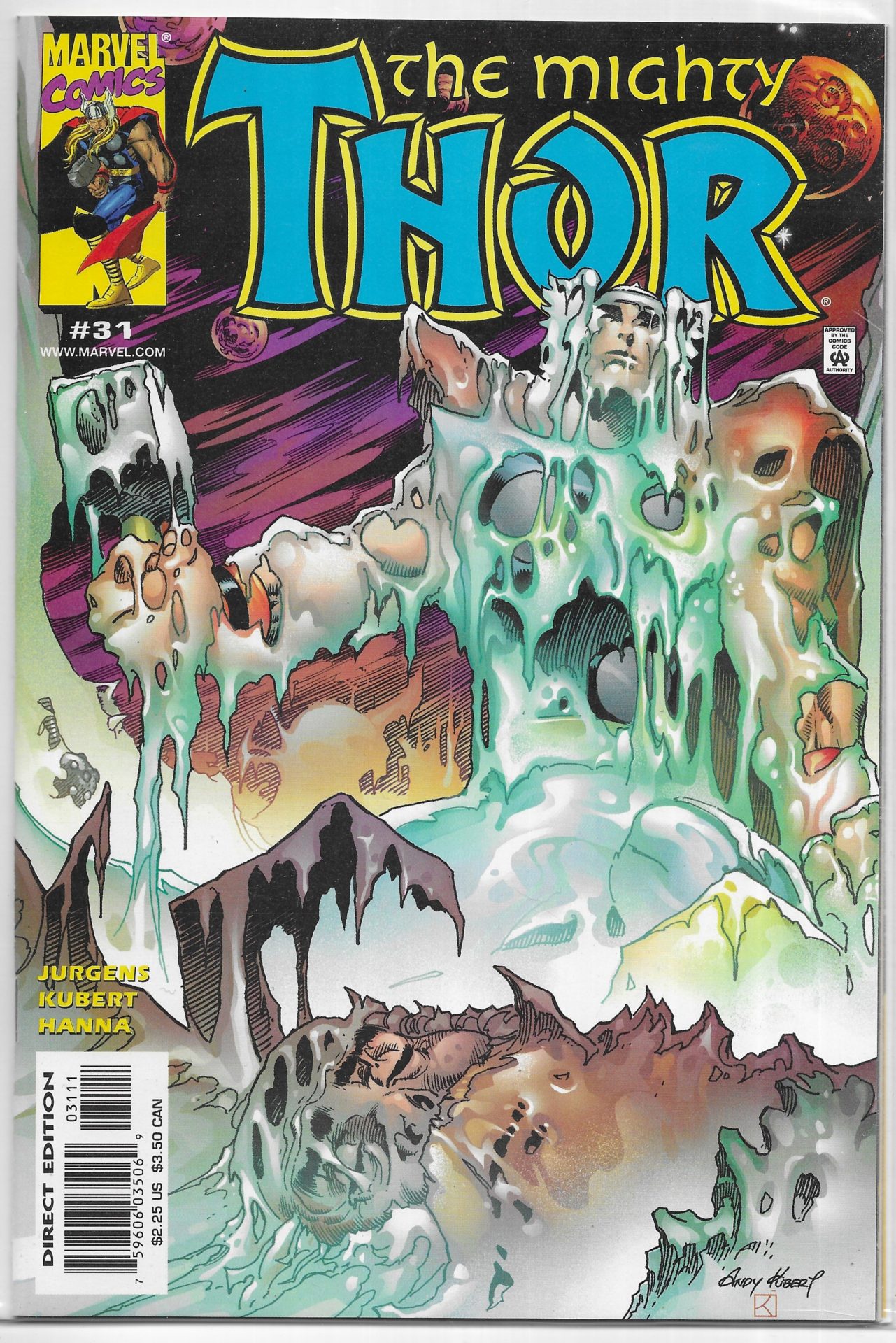 Sylvie gets the information she wants from C-20 and learns the golden elevators at the TVA lead to the Time Keepers. We see an RS 31 on the camera. That could point to Thor Vol 2 #31. Ice covers Asgard in that issue because of the Cask of Ancient Winters.

What Does It Say?

After battling the TVA, Loki and Sylvie end up on Lamentis-1 in 2077… right before its imminent destruction. They go through an abandoned mining village in search of juice to charge the TemPad, and a mysterious script appears on the sign. Given the Kree connection, we think it might be the Kree language. It looks like a stylized Cyrillic.

While we can’t read those signs, we do see posters showing the Ark, the ship that the planet’s inhabitants can board to escape the looming devastation. 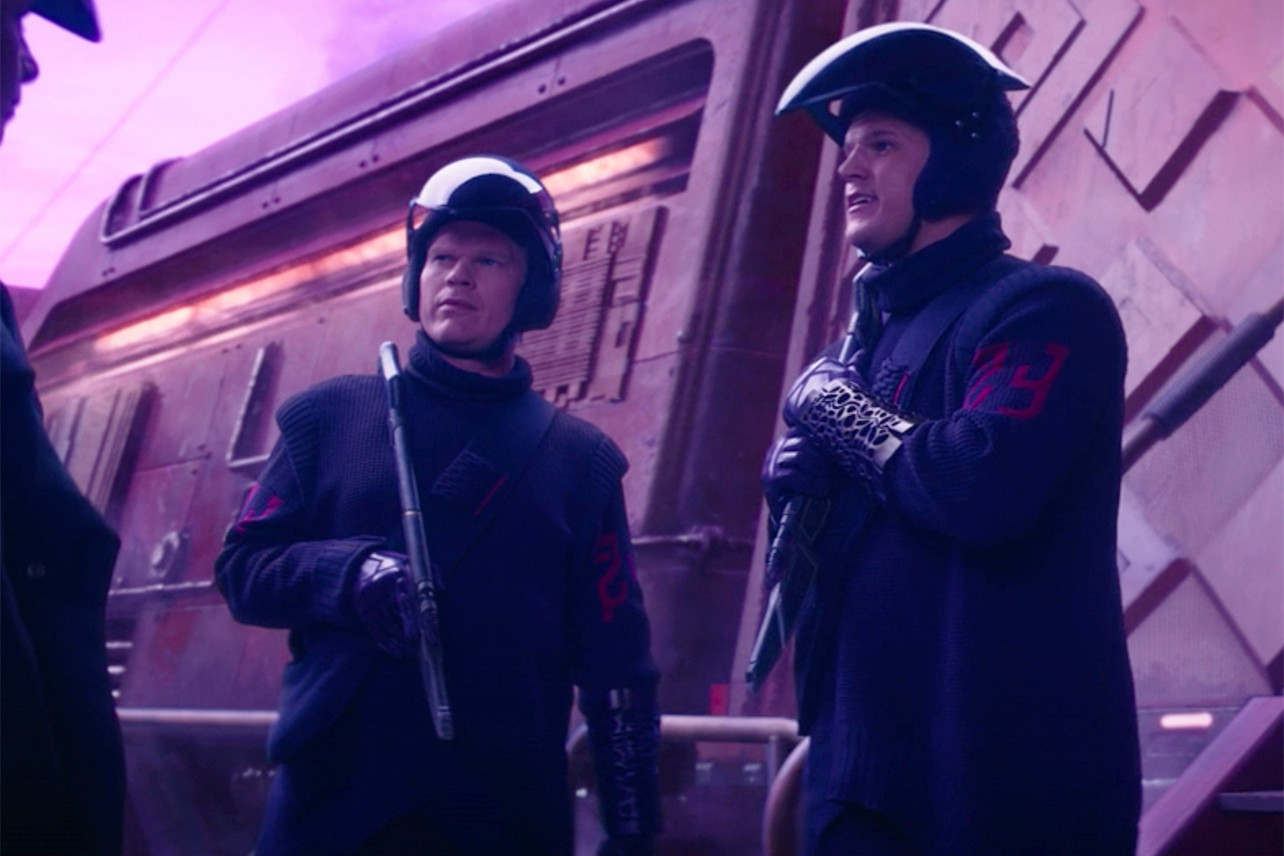 Sylvie and Loki team up to gain entrance to the train that goes to the Ark. They both have to use their powers of deception to successfully board, so they fleece some guards: Private Hudson and Corporal Hicks. Those are the names of Bill Paxton’s and Michael Biehn’s characters in Aliens.

Yes, when Loki slams his beverage to the ground with exuberance, it is a callback to the first Thor movie.

We’ve seen Sylvie wield her sword numerous times by now, but while she and Loki fight off the guards on the train, we get a closer look. It definitely has some Asgardian runes, and we’re working on translating them.

Sylvie seems to be Lady Loki. Or is she? The word “enchant” comes up a whole bunch in this episode. Plus Enchantress‘ name in the comics is Sylvie Lushton.

Guardians of the Galaxy
The GUARDIANS OF THE GALAXY: VOLUME 3 Trailer Is Here At Last
Eric Diaz
2 MIN READ
SEE MORE