We’ve seen a lot of craftspeople do some very creative things with tables before. This kinetic art table, for example, autonomously rakes soothing patterns into sand. There also is, of course, everyone who’s put together their version of an amazing gaming table. But in terms of sheer imagination, nothing beats this new LEGO waterfall coffee table from artist and YouTuber Nick Zammeti. It’s literally overflowing with ideas.

Zammeti recently posted the “Flowing Waterfall River Table” to his YouTube channel, noting the creation took weeks. In the video, Zammeti says he actually had the idea for the LEGO river table in his head for some time, but only recently decided to execute on it. (That’s always how LEGO builds go anyways, right?)

For the table, Zammeti used 10,000 LEGO pieces; a collection consisting of mostly colorful bricks, minifigures, and, of course, Star Wars LEGO. Because if there’s anything that’s been the greatest thing since sliced bread, it’s that combination of toys and media. 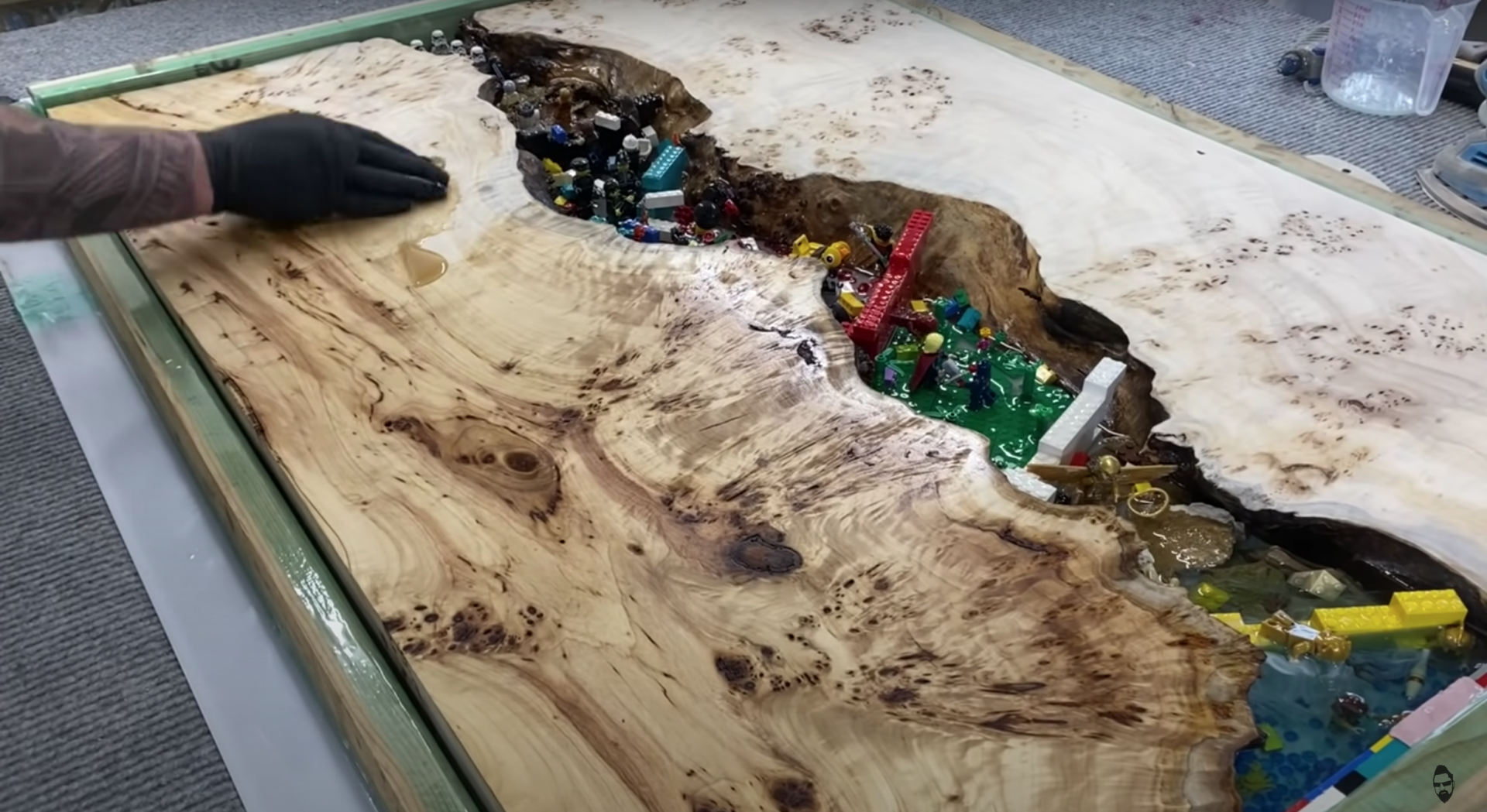 Along the river in the table—which “runs” between two wavy pieces of wood—Zammeti placed different LEGO vignettes. Every foot or so there’s a new scene in the table’s river; such as Joker from Batman bathing in blood and money, or Aquaman standing up to… a wall. All of the table’s LEGO components are permanent as well, thanks to Zammeti’s liberal use of epoxy resin. (Epoxy resin is an adhesive that can provide waterproofing, durability enhancements, etc.) 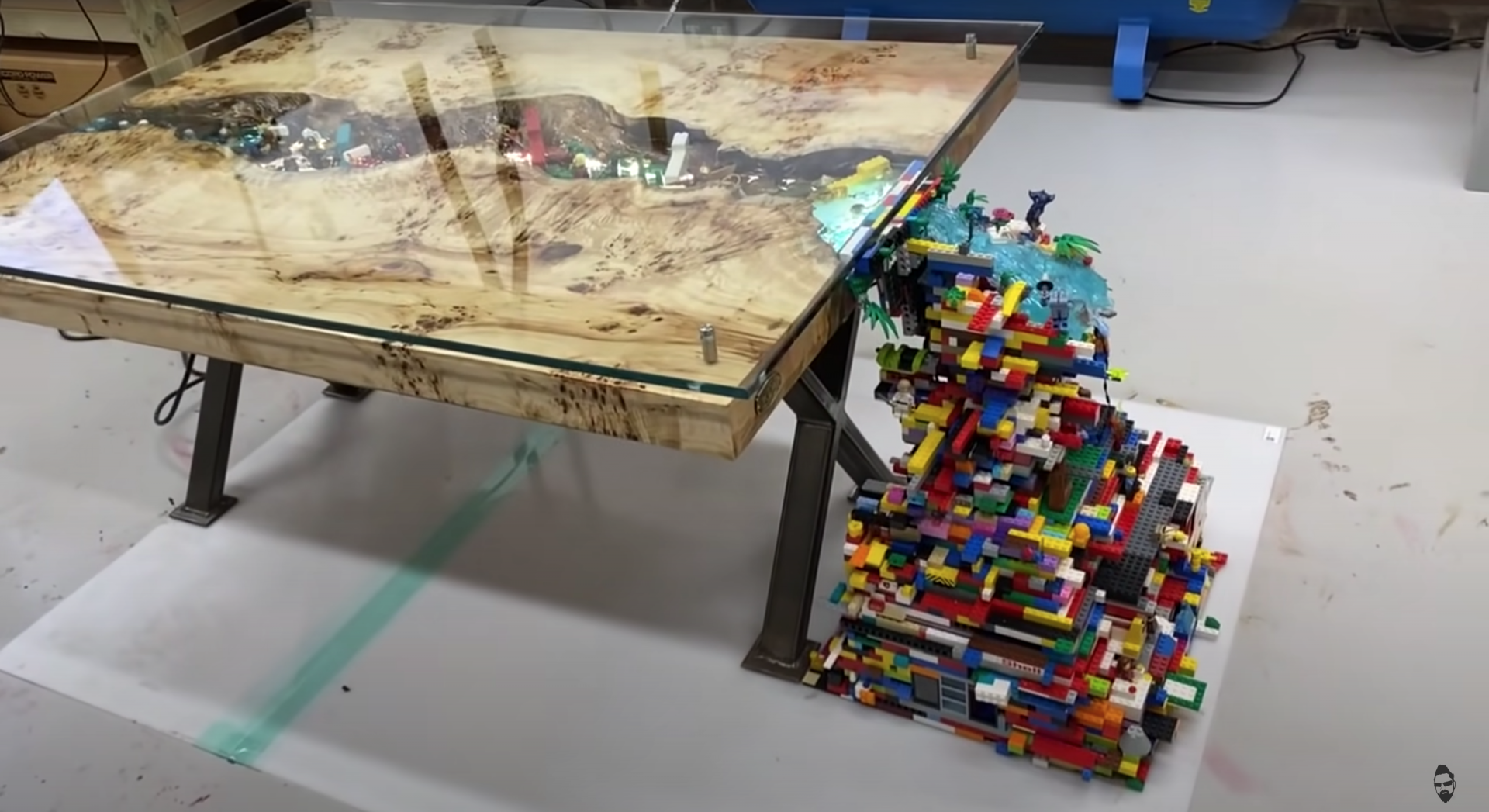 Zammeti’s final product is undoubtedly a masterpiece of playfulness. He reveals the final table around 22 minutes in the video, and there’s so much to love about it. The river of LEGO scenes looks great under glass, and even lights up in the dark. The shiny Listerine-blue plastic waterfall, likewise, looks great, and the LEGO pyramid into which it pours takes things to a whole new level. Namely because it has a little, working video screen on which minifigures can watch real movies. A touch that in itself inspires us to try building that cool LEGO iPhone contraption we’ve been thinking about lately.