Simon Sörensen, a young engineer in Sweden, has made something that would delight Bill and Ted and Confucius equally: a kinetic art table that erases whatever pattern it itself creates. The table, which glows, offers a zen-like ambiance with its metal ball gently dragging out patterns in sand. It’s so soothing, in fact, it may help you come to grips with the idea that everything ever created will one day be destroyed. (The table inspires philosophizing, we can’t help it.)

Sörensen recently posted the art table to his YouTube channel, RCLifeOn. The engineer notes that he was inspired to make the unique table thanks to a sand-plotting machine he’d heard of; one named Sisyphus.

Sisyphus, a company wholly separate from Sörensen, does indeed make artful tables that feature metal balls rolling out patterns in sand endlessly. And, as you’d expect, the tables are not cheap. A coffee table from the company, for example, has a price tag of $2,000. 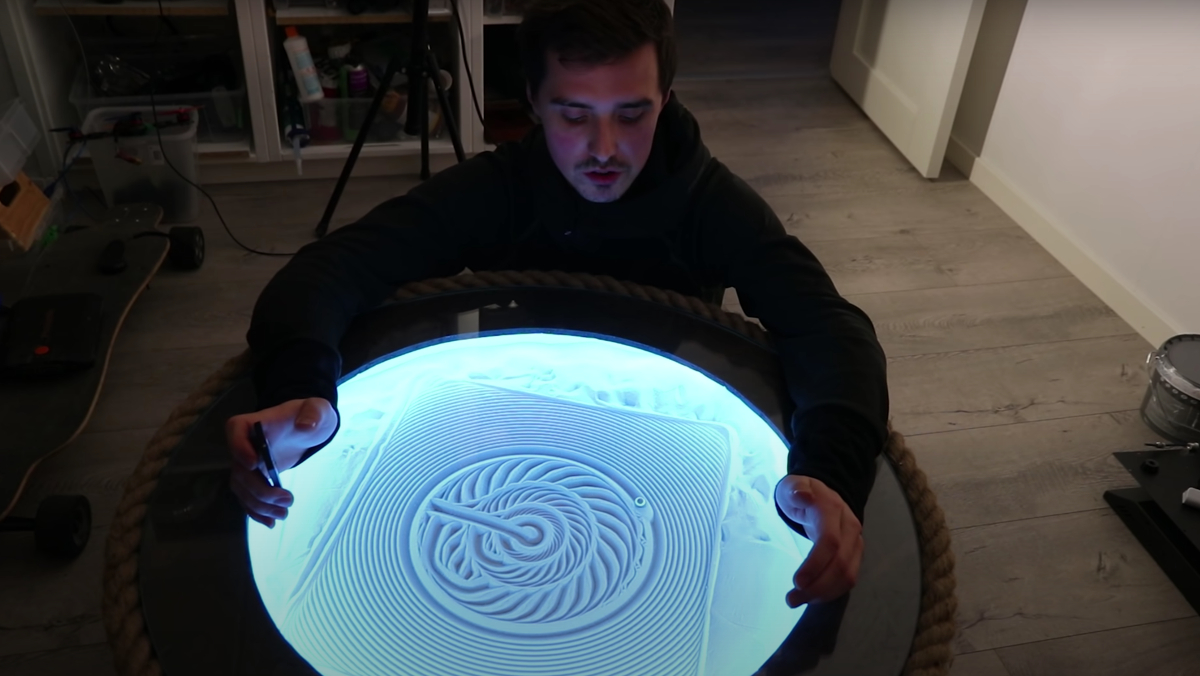 Sörensen, of course, creates his own one-off table using unique building methods, although he does essentially reverse-engineer the Sisyphus table. To drive the metal ball in the table, Sörensen uses a magnet attached to the rack-and-pinion portion of a 3D printer; that is, the motorized portion of a 3D printer that moves a material extruder along two axes.

With the motorized magnet beneath the table, Sörensen shows how he can move the metal ball in the case above. And after figuring out how to overcome the ball’s tendency of making a horrific scratching noise as it moves across glass, the rest of the work is just icing on the cake. 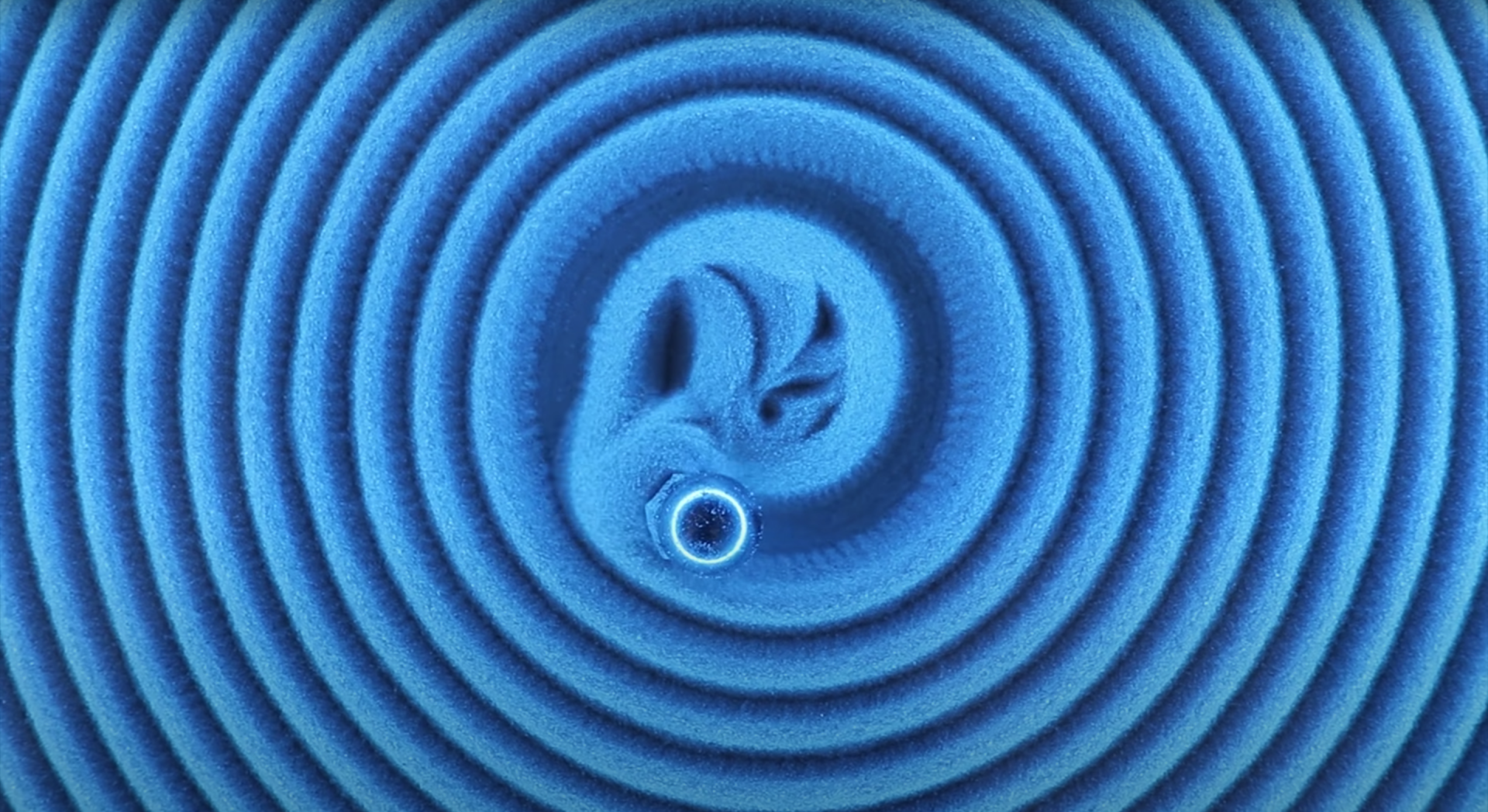 Ultimately, while Sörensen’s setup isn’t quite as flawless as what we see on Sisyphus’ website, it’s still beautiful. And, most importantly, it works astonishingly well; moving its small metal ball around slowly, endlessly, as mesmerizing geometric patterns fade into and out of existence. Speaking of which, staring into these geometric patterns may also help you to chill out. And, oddly enough, make you hungry. (Again, Bill and Ted would love the patterns.)