During the pandemic, many of us got very into new stay-at-home hobbies. We’ve seen people recreate theme park rides inside their homes. And others have just become obsessed with board games. But one guy in the UK, who’s got a YouTube channel called Half-Asleep Chris, got super into LEGO. And we mean super. So much so that he built an entire LEGO train set that coves his entire house. Not to mention adding in the train’s scenery, custom tunnels, and a pair of giant kaiju. (Ok, so those are just the house cats).

What started out as just a fun little project quickly became something much, much bigger. (We first came across this at Digg.) By the end of it, the mini train set needed a whopping fifty-three boxes of the track. That equals four hundred straight pieces, another four hundred flexible pieces, and two hundred curved pieces. And then, there were the big obstacles to the whole thing. The house’s staircase proved to be quite a challenge, but not an insurmountable one. Chris refers to his stairs as the train’s Mount Everest. Perhaps the biggest obstacles were the two cats, Ralph and Bella. 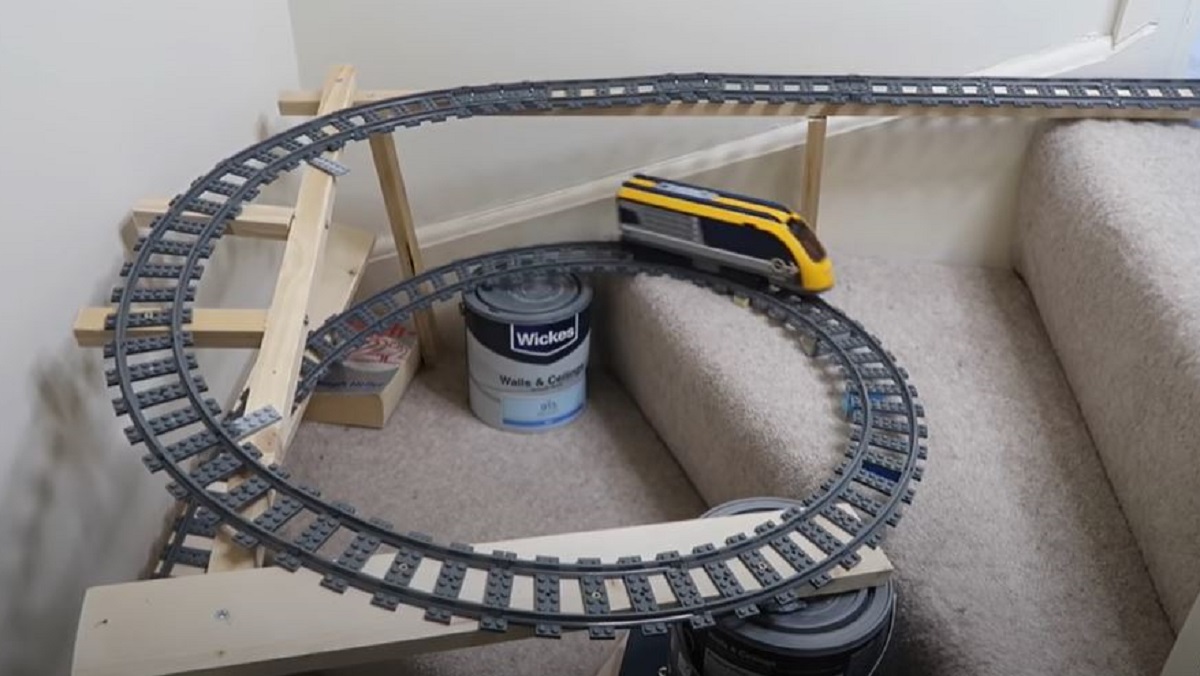 One of the coolest aspects of this whole endeavor is the tiny environment for the train to run through. This includes a “rain forest,” located inside a small, custom geodesic dome. Then there’s a tunnel that crosses through a small backyard pool, giving an underwater effect to the train’s journey. And atop that pool is a replica Golden Gate Bridge, once built for a cat to cross. Finally, Chris built an entire LEGO town for the train to run through. Of course, he places a LEGO version of himself in the conductor’s seat. After all the work, we think he deserves to take this train for a spin or five.