Here’s one Guinness World Records title you’ve probably never heard of: the one for longest melody played by a model train. And while, yes, it’s obviously an esoteric category, it should really be more popular. The new world record holder shows why in the mesmerizing video below, which features a model train playing wine glasses as it cruises along 51,558 feet of track.

Guinness World Records recently announced the winner of the “longest melody played by a model train” competition on its YouTube channel. The crew behind the dope tracks—please enjoy that pun—work at the Miniatur Wunderland museum in Hamberg, Germany.

Apparently, the team at Miniatur had an enormous amount of time on their hands in 2020 due to pandemic restrictions. With the museum shut off to visitors, its employees began thinking of creative projects. And, at some point, decided to emulate one of their previous viral videos; one showing off a model A380 taking off at Knuffingen Airport after it passes a figurine Santa Claus sitting on a swing with a clapper in his hand he’s using to play a glass of water. 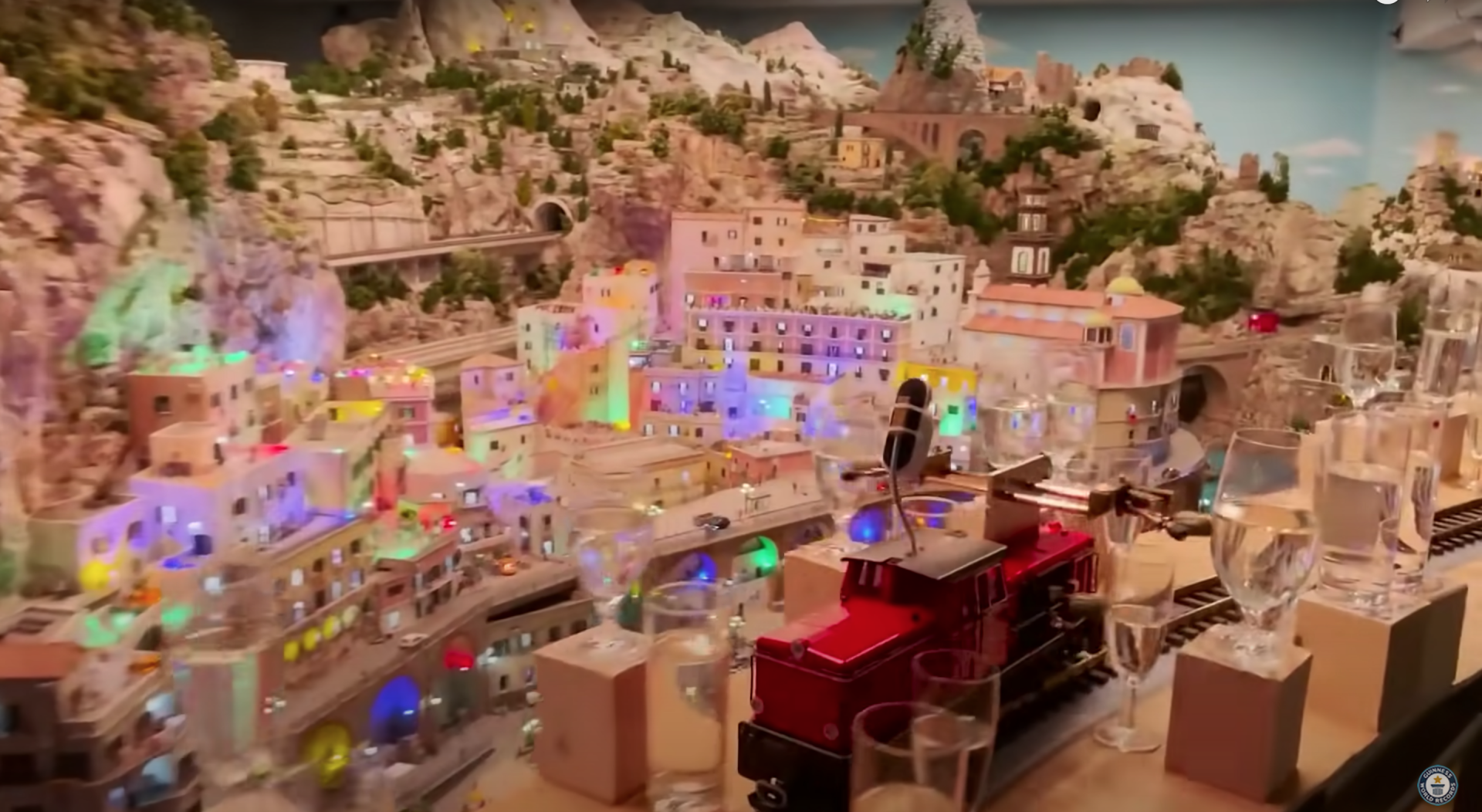 In the video, the model train travels along nearly 10 miles of track while it plays 2,840 wine glasses full of water. Using percussion sticks pointed outward from each side of the train car, the moving model plays a bevy of melodies. The train trills out, for example, symphonies from Beethoven and Mozart, as well as numerous other classical music legends. 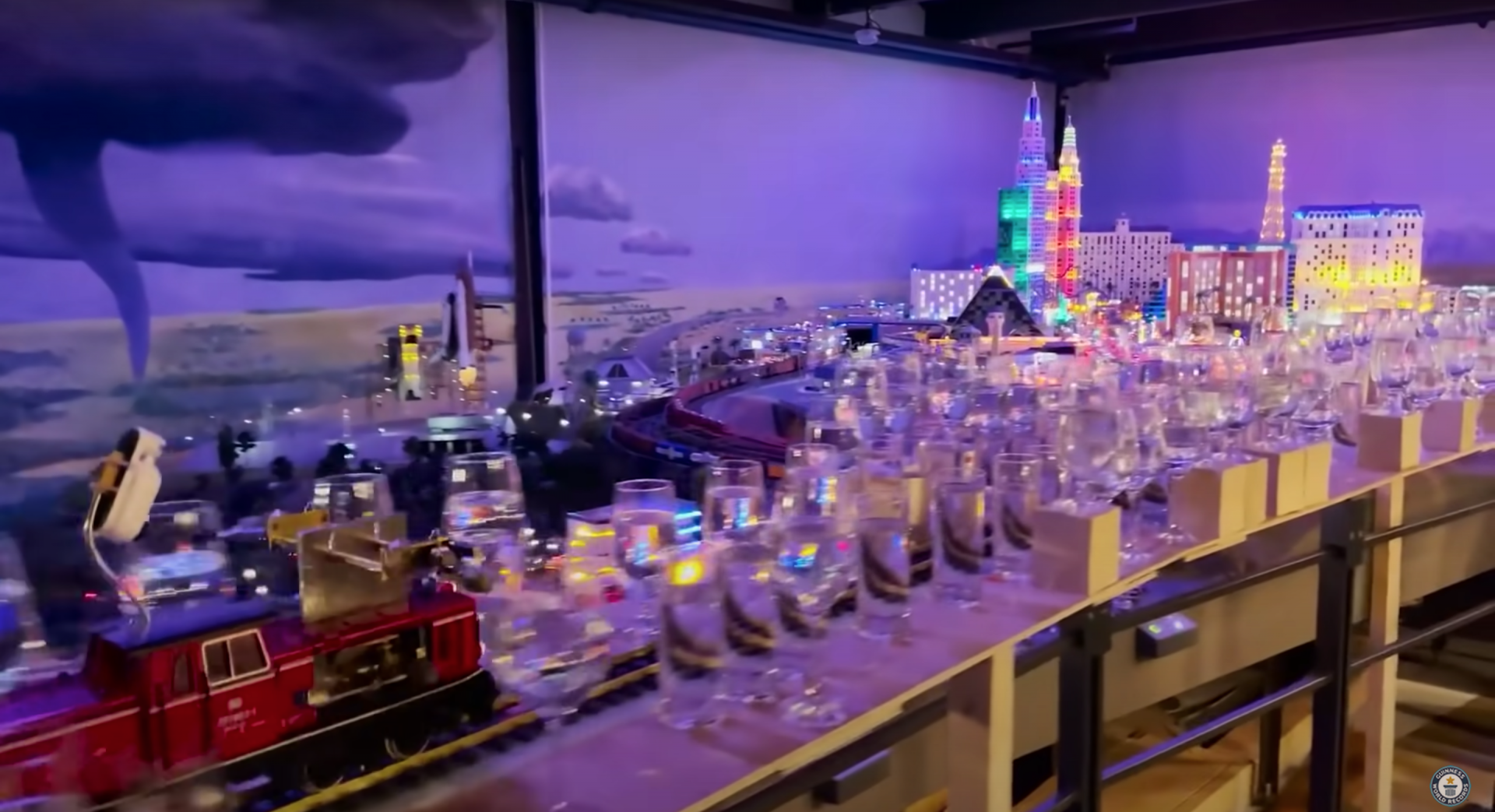 In all, Miniatur says it spent 760,000 hours on the construction of the track, glasses, etc. for this world record. Which sounds like an enormous amount of time, even with last year’s restrictions considered. But then again, time flies when you’re having fun. Or at least rolls along quite smoothly. Until a few glasses inevitably break, of course.