It says something about Edgar Wright’s sensibilities that even his zombie movie is best remembered for its sense of humor. So when you gear up for a new Wright venture, you no doubt expect the beat to tilt decidedly up. As such, the kicker in the first trailer for Last Night in Soho packs a virile punch. Wright seems to veer darker and more dire with his new psychological horror film. But fear not—well, fear plenty, as this thing looks pretty freaky—as the director’s well-documented aesthetic seems present and accounted for.

No one would blame you if you couldn’t make heads or tails of the premise based on this trailer; rattling the mind seems to be at the top of Last Night in Soho’s list of priorities. But here’s what we do know. The story follows a modern day young woman Thomasin Harcourt McKenzie who, by some stroke of magic, happens upon a wormhole of sorts to 1960s London. There, she meets—or becomes?—starlet Anya Taylor-Joy. Which, as most anyone would agree, seems like a pretty sweet deal at first. Then come the hauntings. 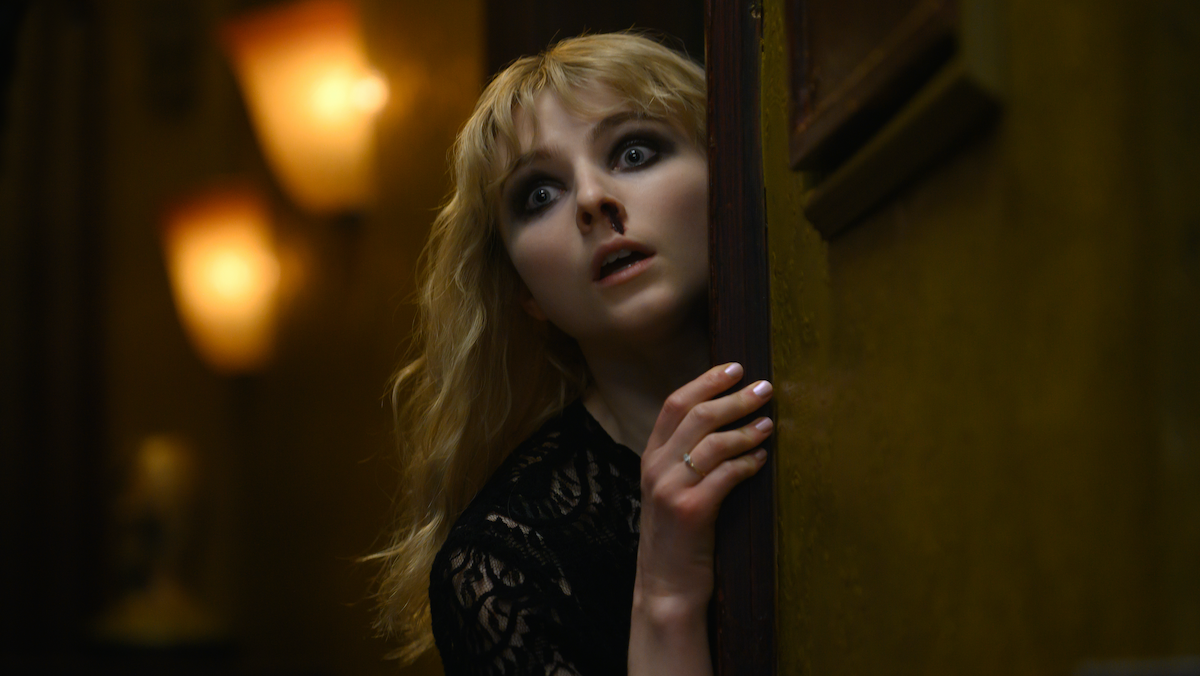 Wright has dabbled in horror, sci-fi, and action before, but never time-travel. (Unless you count the extra life sequence in the climax of Scott Pilgrim vs. The World, that is.) Given his tenacity for playing in genre, the idea of a Wright-directed time-travel horror is exciting in its own right. But things really click into place when you add in the “when” and “where” of this new film.

Wright seems as though he’s been waiting with bated breath to set a movie in ’60s London. The music, the fashion, the general pulp. Perhaps he just needed the perfect idea. And perhaps in Last Night in Soho, he found just that.

Last Night in Soho will release in theaters on October 22.