The people who work at Weta will never cease to amaze. Case in point: this older but still incredible behind-the-scenes look at one sculptor’s tabletop passion project. Back in 2017, Adam Savage from Tested visited the Weta Workshop in Wellington, New Zealand and took a look at a Labyrinth inspired tabletop model from artist and sculptor Johnny Fraser-Allen. River Horse games had commissioned Fraser-Allen to create the official sculptures for the board game adaptations of both Labyrinth and The Dark Crystal, and the sculptor decided to keep going with making a labyrinth of his own. That labyrinth has since turned into a whole tabletop fantasy world.

Tested’s YouTube Channel has close to five million subscribers, so it’s no surprise viewers responded enthusiastically to the first look at the handcrafted model in 2017. It helped encourage Fraser-Allen to keep building, and wow, what a difference 18 months makes. Savage returned to Weta to see the progress on the model, and it’s amazing. What started as only the labyrinth developed into so much more. Fraser-Allen made a 16 foot model featuring the tabletop terrain of Hagglethorn Hallow, an immersive fantastical setting. This sprawling diorama keeps going, full of intricate details and touches. See for yourself:

Throughout the 17 minute video, we get a close look at Fraser-Allen’s beautiful world. When interviewed by Beasts of War in 2019, he said, “All I had ever wanted to do was create my own worlds. I had not long discovered The Lord of the Rings at the age of fourteen when I heard that Peter Jackson was adapting them in my own country for the cinema. Upon further research, I discovered that all the design and fantasy fabrication were being done by a company called Weta Workshop. Long story short, I was working there by nineteen.” 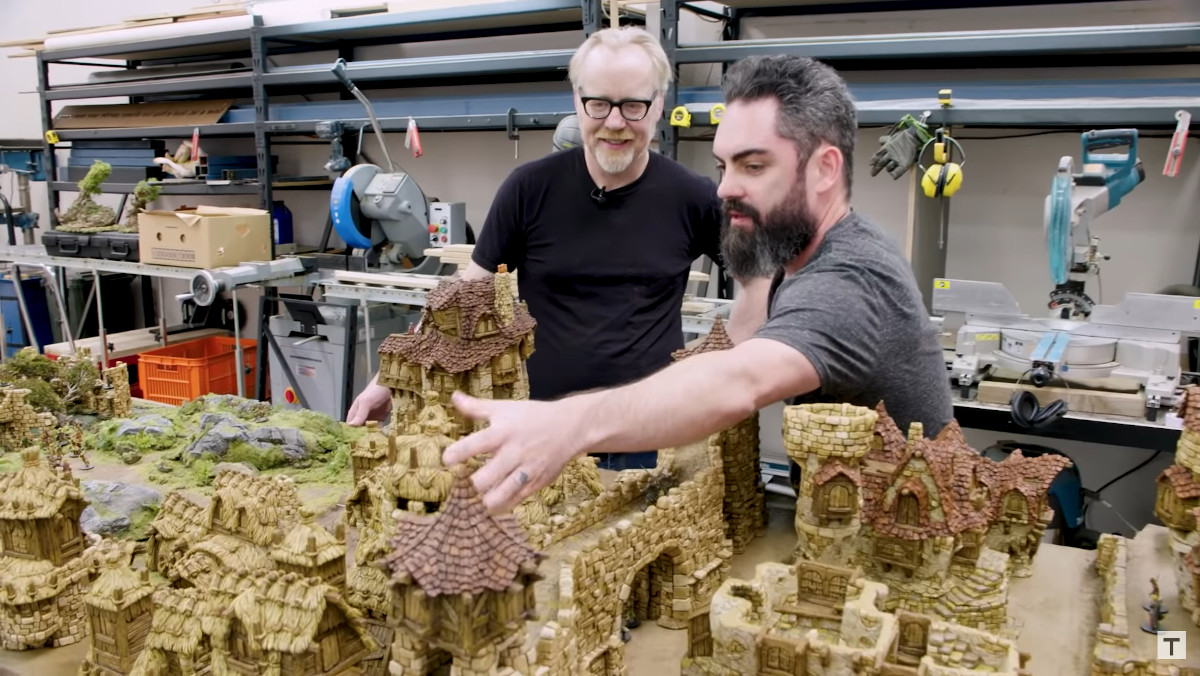 It’s clear Fraser-Allen’s talent and love for the worlds he creates is strong. We can’t wait to see what he sculpts next!