Everything You Need to Know About THE DARK CRYSTAL - Nerdist

Everything You Need to Know About THE DARK CRYSTAL

The Dark Crystal might be a classic, but whether you’ve recently re-watched it or haven’t seen it since it was first released in 1982, it can be a little confusing. Now, with a return to Thra on the horizon thanks to Netflix’s upcoming prequel series, The Dark Crystal: Age of Resistance, we’re here to help clear up any questions you might have about everything that happened in the fantasy world of Gelflings, Mystics, and Skeksis. And while we’re primarily sticking to the movie for this refresher course, we’re pulling from the extended universe explored in other media to help fill in some gaps.

Almost exactly a millennium before the start of the film, the three suns of Thra all lined up during an event known as The Great Conjunction, which only occurs every thousand years. During the event, two new species, equal in numbers, suddenly appeared on Thra when it did: the “cruel,” greedy, bird-like creatures known as Skeksis; and the wise Mystics (officially the urRu), a peaceful group of “gentle” wizards who resemble doleful dinosaurs.

The land of Thra, home to Podlings, Gelflings, and countless animals, was “green and good,” until the powerful Crystal “cracked” and a shard was lost. Since then, the Skeksis have ruled Thra from the imposing Castle of the Crystal, where they kept the powerful, purple Dark Crystal in the Sacred Chamber. The Mystics moved far away, but maintained a cosmic connection to both the Crystal and the Skeksis. If a Skeksis was injured or died, the same thing happened to a Mystic. At the start of the movie there were ten of each race left (originally there were 18).

The Skeksis were terrible tyrants, led by an Emperor. They ravaged the land, enslaved the harmless Podlings, and nearly exterminated the Gelflings entirely. Their long life-spans were obtained by drawing new life from the sun via the power of the Dark Crystal… though the Emperor gained youth in a far more sinister way. The Skeksis used the Crystal to draw the “life essence” from the Podlings, which he then drank. The Podlings, whose physical features literally caved in during this process, like a grape becoming a raisin, were left mindless slaves with no will to fight for their freedom. However, Gelfling life essence was far more lasting for the Skeksis. 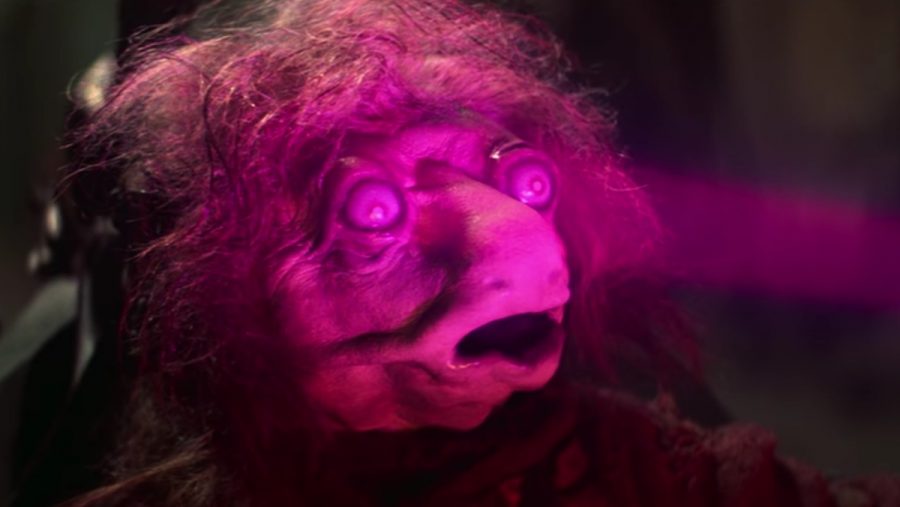 Skeksis also controlled some very powerful and dangerous creatures: chief among them the giant crustacean, bug-like Garthim, who they used to kidnap their enemies and collect Podlings. The Skeksis could also see through the eyes of their flying spies known as Crystal Bats. Both creatures gained their power from the Dark Crystal, too—which also showed the Skeksis visions of things happening on Thra.

When their Emperor died—his body literally disintegrating like a falling building—the Chamberlain of the Skeksis expected to assume power. However, he was challenged by another and was bested in Trial by Stone, which required each to strike a large rock. After his defeat, the Chamberlain was stripped of his robes and banished from the castle.

All of this happened at a momentous occasion: The Skeksis knew the coming of the next Great Conjunction—just days away—was their chance to live and rule over Thra forever, so long as an old prophecy did not come to pass.

Gelflings and The Prophecy

The Gelflings are a small race of elvish-like humanoids (though nearly double in size of the diminutive Podlings). At the start of the movie, only two are left on all of Thra—Jen and Kira—both of whom thought they were the last of their kind after Skeksis killed every other Gelfling. Jen was rescued by the Mystics and raised by their Wise Elder, while Kira was saved by the Podlings who protected her. Female Gelflings have wings, and Kira was also taught by the Podlings to use “the gift.” Kira also possesses an ability to call upon animals for help. When two Gelflings touch, they share memories via telepathy, in an intimate process known as Dreamfasting.

The Skeksis tried to kill all Gelflings because of an old prophecy. Jen—who was told he was the Chosen One who would fulfill the prophecy by the dying Wise Elder—and Kira found it written in stone at “the houses of the old ones,” where the Gelfling rulers once lived long ago. It said, “When single shines the triple sun, what was sundered and undone shall be whole, the two made one, by Gelfling hand or else by none.”

In order to save the world from the Skeksis, Jen needed to return the broken shard—which also showed him a vision of the past revealing it was the Skeksis who cracked it—to the Crystal during the Great Conjunction. When Jen was struggling to figure out which shard was the real one among a collection of impostors, he played the Mystics’ song on his double-flute like instrument, which caused the real shard to light up.

Desperate to get back in the Skeksis’ good graces and stop the Chosen One from fulfilling the prophecy, the Chamberlain tried to befriend Jen and Kira so he could bring them as “presents” to the other Skeksis. After bringing them Kira, he was accepted back.

The Mystics spent most of the movie slowly returning to the castle, after hearing “the call” of the Crystal. Unlike when the Skeksis die, the Mystics disappear at their time of death—a la Obi-Wan and Yoda—though it doesn’t appear to upset any of them when another of their kind falls.

When they all chant together they can communicate across great distances and even control the Garthim.

The only being older than the Skeksis and Mystics is the oracle Aughra, who lived in a large home that had a giant, moving scale of the stars and planets of her solar system. She was present when the two races first arrived at the Great Conjunction, though it was later revealed she’s much older— and more important to Thra—than the movie lets on.

She told Jen the upcoming Great Conjunction was either the end or beginning of the world. She was the one who possessed the box of shards he had to pick the real one from. Her home was destroyed by the Garthim before they took her hostage to the Skeksis. The feisty and tough Aughra helped guide Jen and Kira as they tried to fulfill the prophecy at the castle.

Kira was killed by the Chamberlain after she threw the shard to Jen. Sitting atop it, Jen inserted the shard into the Dark Crystal during the Great Conjunction. Moments later the Mystics arrived, as the Garthim died and collapsed into pieces. Then, as the Crystal turned from purple to white, pairs of Mystics and Skeksis reunited into a single entity called the UrSkeks.

Appearing as massive beings of pure light, they told Jen their “arrogance and delusion” led them to shatter the “pure crystal” which made their “world split apart.” It also split them apart, turning their worst tendencies into the Skeksis, while their better natures became the Mystics—which is why when one Skeksis died, his other half Mystic did, too.

The UrSkeks brought Kira back to life and left “the Crystal of Truth” behind for Thra as they beamed off to their home world. Their past, including how they were banished from their own planet and their desire to get back to it, led to them to accidentally being split in two—has been explored in greater detail in other media.

Oh yeah, one more thing. Maybe the most important thing about the whole movie.

This furball is Kira’s pet and you don’t need us to explain why he’s the best. 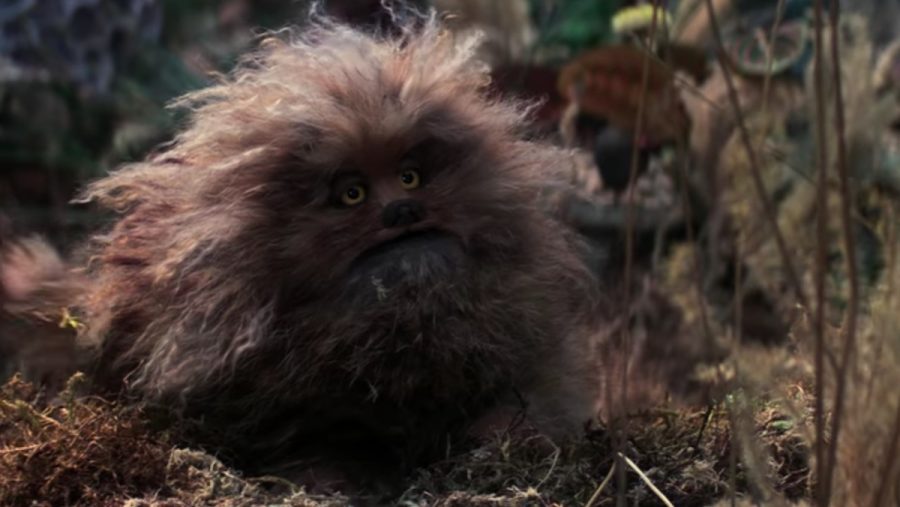 Even if you haven’t seen The Dark Crystal since 1982, you remember that.