Every journey, whether bogus or most excellent, starts with a single step. Or a single trip through time. And for Keanu Reeves and Alex Winter their adventure together as William “Bill” S. Preston Esq. and Ted “Theodore” Logan began in 1986, three years before the original Bill & Ted even came to the big screen. Clearly the filmmakers found the right pair to bring the Wyld Stallyns to life. And now we can see exactly why they were cast, with their never-before-seen audition tapes.

The  Daily Mail posted Reeves and Winter’s lost auditions together for Bill & Ted’s Most Excellent Adventure (which we learned about at Digg). It features the pair reading through some scenes that fans will recognize (along with some offensive language that thankfully isn’t acceptable anymore). These tapes show just how easily the duo melded together. They already had the Wyld Stallyns signature double air guitar down too.

Reeves was already the choice for Ted. The Daily Mail was told the future John Wick “was head and shoulders above the rest” of the performers they considered. But it was his instant connection with Winters that helped the other young actor land the role. From a source in the original article on the auditions:

“Then Alex and Keanu kind of picked each other, they found each other in the big waiting room on day one and they started hanging out together, taking lunch together and they became buddies.

‘They were an absolute joy to work with, it was a huge amount of fun making the picture. We had an excellent time.

‘Keanu was the leader and Alex followed, they ad-libbed a lot and really vibed together.”

And fortunately for us they’re still vibing, almost 35 years after they first auditioned together. Bill & Ted Face the Music comes to theaters and VOD on August 28. 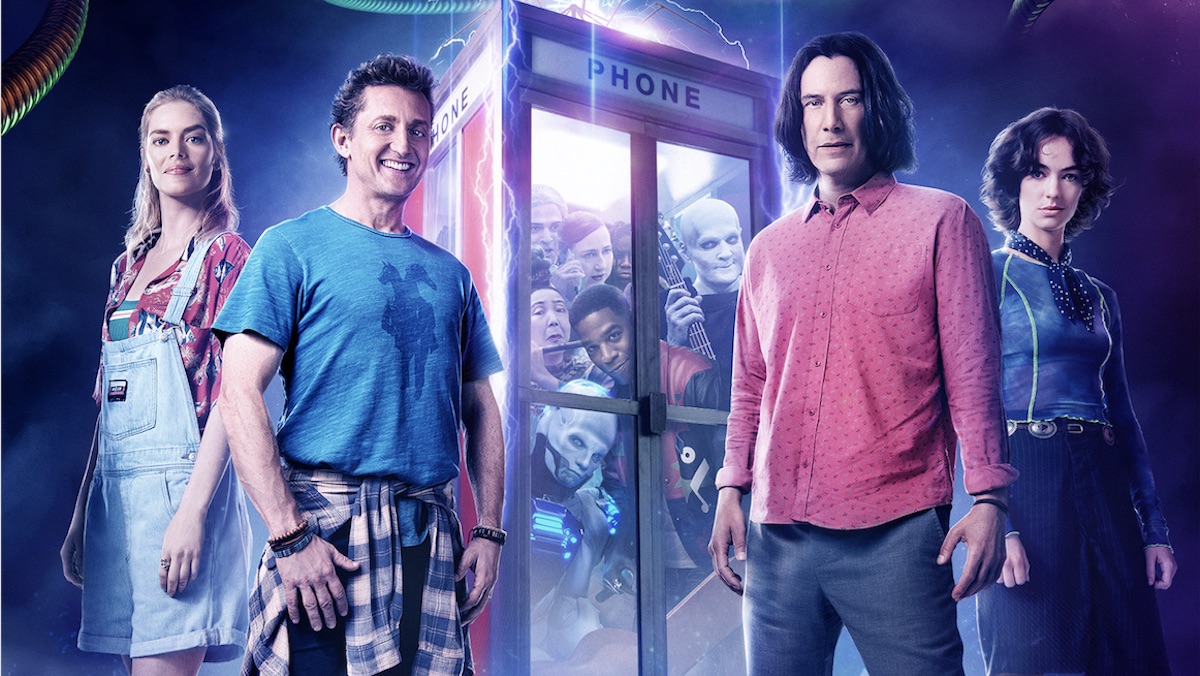