“Catch you later, Bill and Ted!”

Almost three decades after their music promised to save the universe, we’re finally going to catch up with our favorite pair of clueless rockers. We’re headed for a most excellent adventure with the Wyld Stallyns, in Bill & Ted Face the Music. No way? Yes way! What happened to Theodore “Ted” Logan and Bill S. Preston Esq., over the years? Which old faces will join them on their next journey? Here’s everything we know about the film… so far.

The long-awaited film, first announced by stars Alex Winter and Keanu Reeves in a short video, will come to both theaters and On Demand on August 28, 2020, just a few days earlier than the previous  September 1 release date. The August 28 date is only a week behind its original lAugust 20 release date.

The third film in the franchise will be called Bill & Ted Face the Music because the middle-aged dads never delivered on the promise of their utopian-launching song. They never actually got around to writing it. Oops.

Screenwriter Ed Solomon offered insight into how they’ll try to make that right. It will involve traveling back in time to watch their younger selves. Solomon said that will include footage from the original 1989 movie that has George Carlin’s Rufus and the Circle K, where strange things always seem to be afoot.

“The stakes are higher than ever for the time-traveling exploits of the now middle aged best friends as they set out on a new adventure to seek the song that will set their world right and bring harmony in the universe, helped by their daughters, a new batch of historical figures, and a few music legends.”

The film’s first trailer introduced us to the prison-hardened version of the duo we never knew we needed. (And also explained these insane behind-the-scenes photos.) It also made us think their daughters might save the universe and the franchise’s future.

The movie’s second trailer showed just how involved Thea and Bill will be in their fathers’ quest to unite the world. The teaser also offered glimpses at some of the famous musicians they’ll reach out to. Plus it gave us the return of the baddest bass player in any dimension, William Sadler’s Death.

We also love Orion’s official posters for the movie, especially the one with most of the cast. 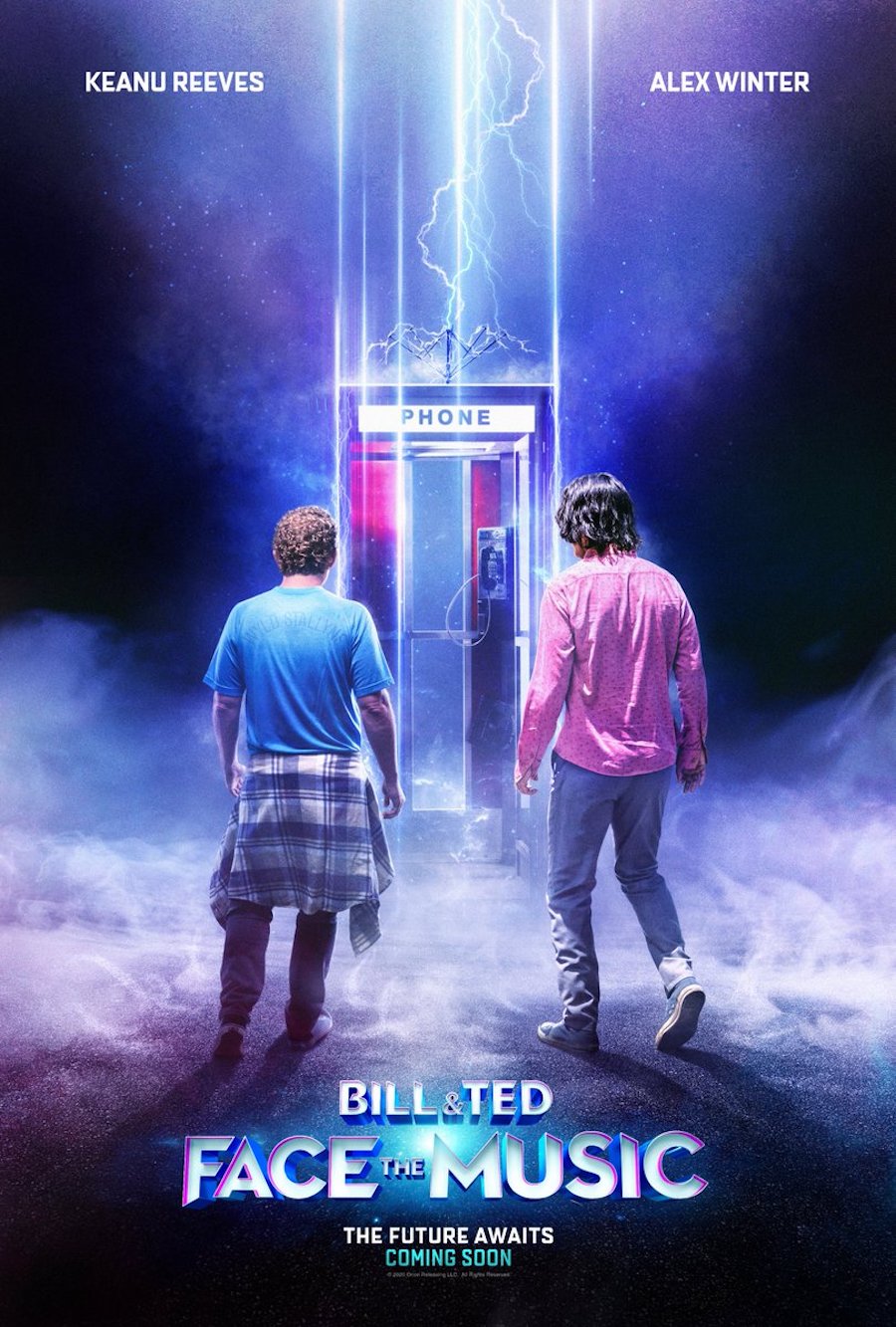 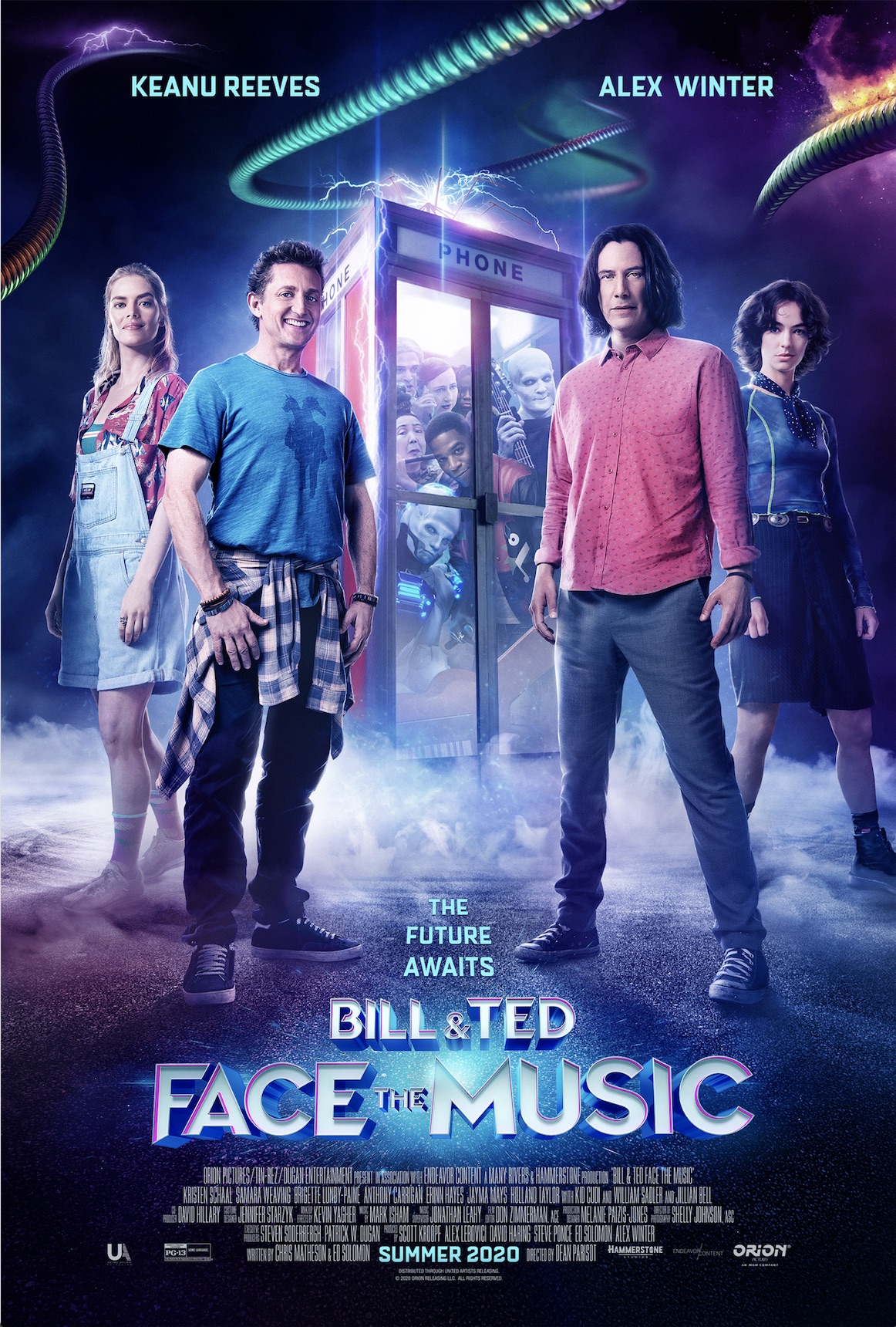 Hopscotch and a Reunion

Bill and Ted, along with their daughters and a whole lot of friends, reunite with their old afterlife buddy and bandmate Death in a new clip. The Grim Reaper seems to still be suffering wounds from losing all those games decades ago to the Wyld Stallyns, as they find him playing hopscotch alone in Hell. Fittingly, only Death can cheat Death. Though why he’d want to is unclear….

This snippet also provides some insight into why he’s no longer with the band. He asks if they’ve come to sue him again. The end credits of Bogus Journey showed Death left the band for his own solo career, but rejoined the Wyld Stallyns after he bombed on his own. Seems like things did not go well the second time around.

IGN shared a new clip from the film. It features the arrival of Kristen Schaal’s Kelly, Rufus’s daughter from the future. She has been waiting to meet the duo her whole life. But, unfortunately, these are not ideal circumstances. There’s “potentially a very serious problem” about their music that the future needs to discuss with them. Ted is worried, and so are their daughters, but Bill isn’t nearly as concerned.

Bill and Ted are summoned to the future in this exclusive clip from Bill & Ted Face the Music: pic.twitter.com/ERLQ2ye1aK

So how far will the apple fall from the Wyld Stallyns tree? In a statement, producer Scott Kroopf said, “When we saw Samara and Brigette together, it was like deja vu. It was exactly the way we felt when we first saw Keanu and Alex.” You don’t have travel to the future to know that means they will share some personality traits with their dads. Which is totally excellent.

Reeves and Winter will once again be joined by the Grim Reaper himself, William Sadler.

Who's ready for a most joyous weekend?

He’s not the only familiar face they’ll see though.

The stellar news continues! Amy Stoch and Hal Landon Jr. will reprise their roles as Missy and Chet Logan, and @becbenit joins the cast as Deacon Logan! Who’s ready to #FaceTheMusic? ?⚡️ https://t.co/ZcKvetPjLS

Joining the fray is SNL stalwart Beck Bennett. Bennett will play a character familiar to fans of the series—Ted’s little brother Deacon. In Excellent Adventure, Frazier Bain portrayed the youngest Logan. Bain doesn’t act anymore, having gone on to a career behind the camera. Bennett however feels like the perfect choice to play Ted’s annoying, fairly douchey younger sibling.

We love Bill Hader’s Barry, but the HBO series might not be one of our absolute favorites without Anthony Carrigan’s NoHo Hank, the breakout star of the show. According to THR, he will join the cast in a still secret role that will see him play “the duo’s relentless adversary.” Give. It. To. Us. 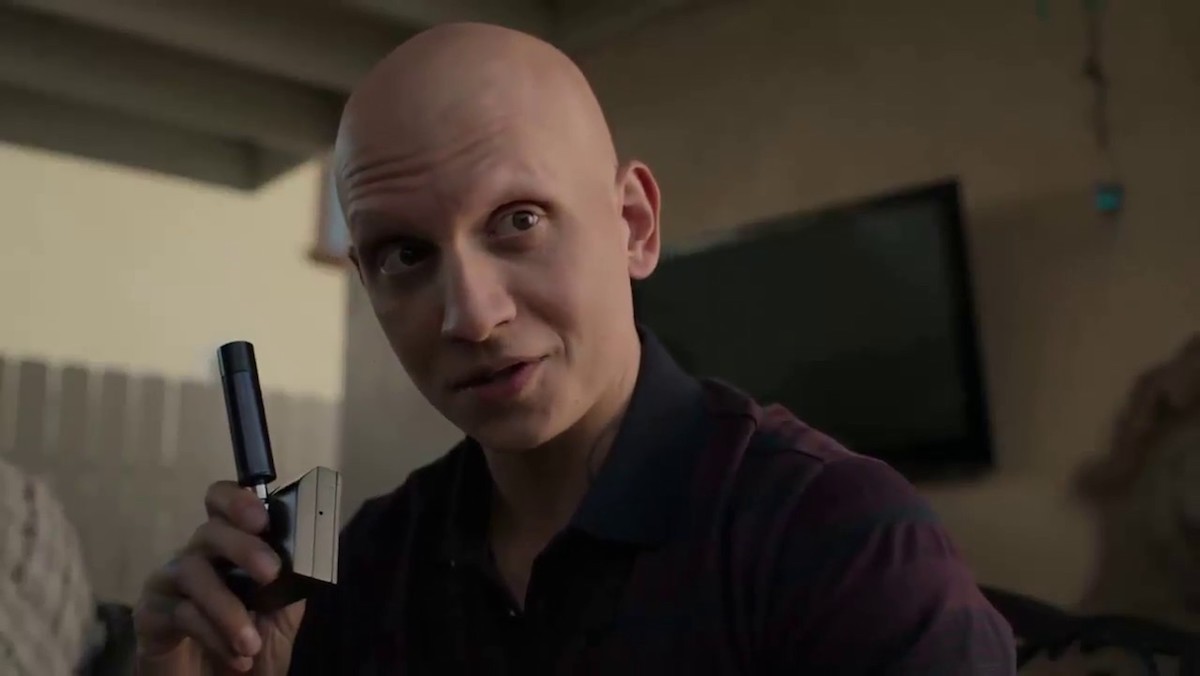 We won’t exactly be bummed out if he’s related (or even the younger version) of Bogus Journey baddie De Nomolos.

Deadline first reported Grammy-winning musician and actor Kid Cudi (Comedy Bang Bang) joined the cast. He’s been seen in images and trailers with the duo’s daughters. Emmy winner Holland Taylor (Two and a Half Men, The Practice, Legally Blonde) plays The Great Leader, “the most powerful person in the universe.” She rules from San Dimas 700 years in the future.

Kristen Schaal (Bob’s Burgers, Flight of the Conchords) stars as Kelly, Rufus’ daughter from the future who brings a warning to Bill and Ted. 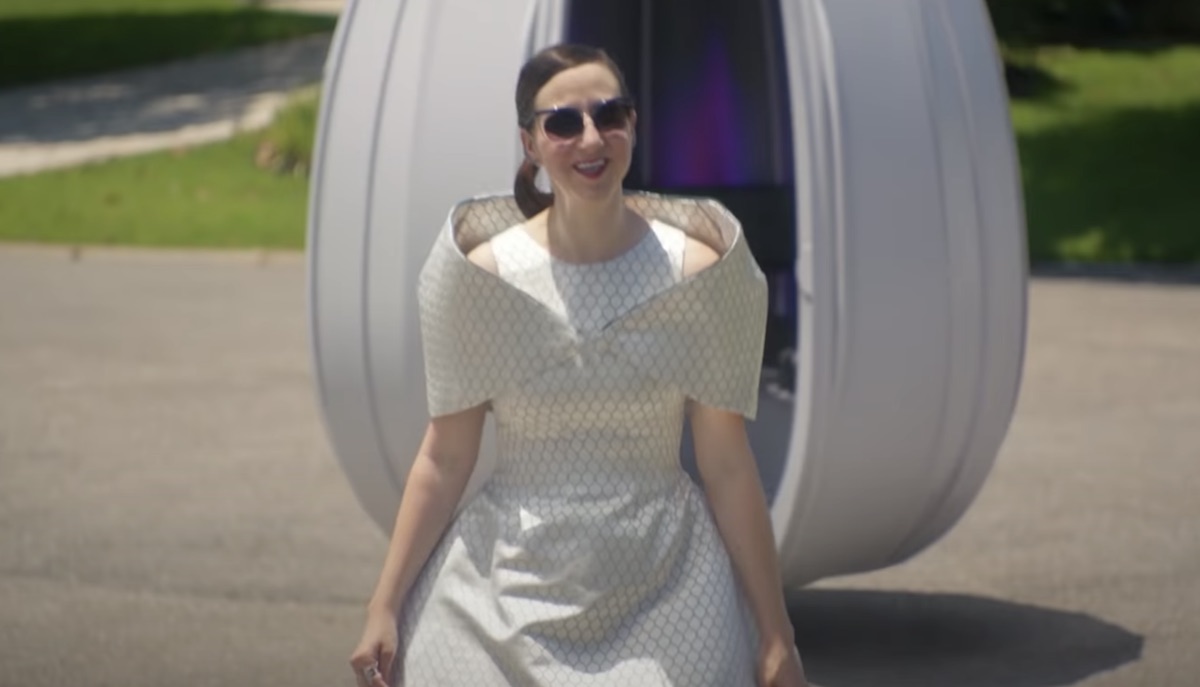 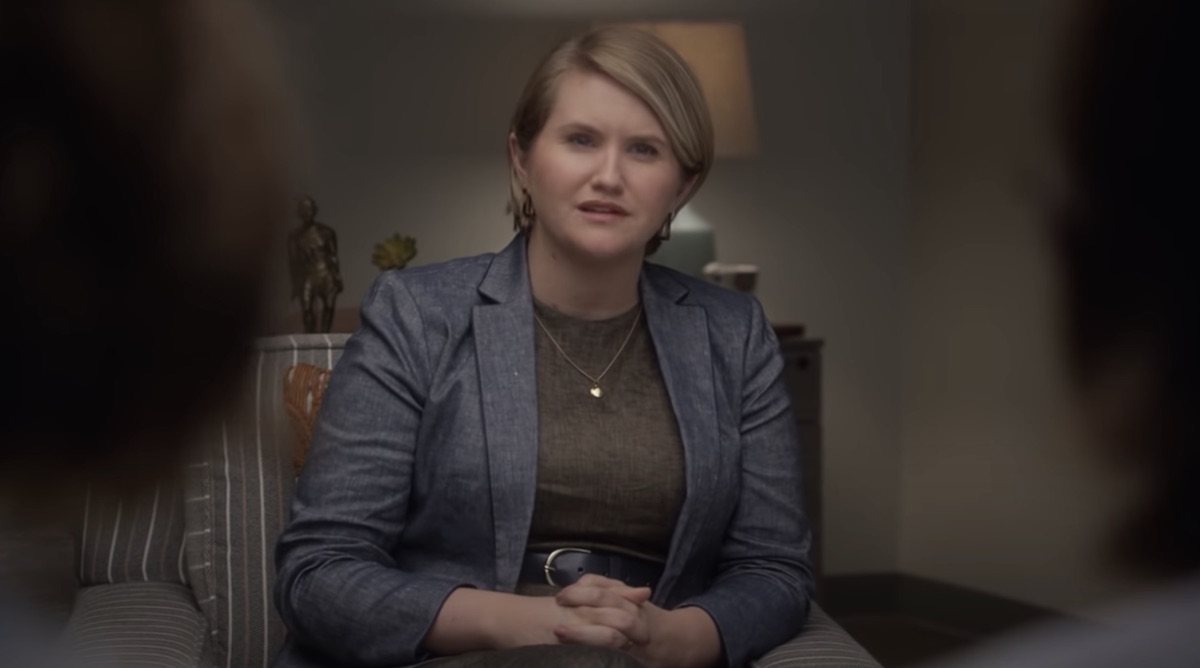 Ed Solomon has also revealed one other new character we will meet is someone named Kelly, “which is George (Carlin’)s daughter’s name.” Kelly will apparently have “a very significant role in the journey.”

Dean Parisot (Galaxy Quest) directs, with a script from original character creators and writers Ed Solomon and Chris Matheson. The duo worked on the screenplay for ten years, but they couldn’t find funding. Most people they approached wanted to do a reboot instead of another sequel, which would have been totally bogus.

Bill and Ted might have to still face the music for coming up short with their songs, but their new movie won’t. The film’s official soundtrack has been announced. Bill & Ted Face The Music (Original Motion Picture Soundtrack) includes:

Available on August 28, the same day the film premieres, fans can pre-order the album now. The announcement also came with a new song and official video for Weezer’s “Beginning Of The End (Wyld Stallyns Edit).” It includes some new footage from the film.

Orion Pictures’ has released some stylish official images for the film. They show the band, their daughters, Death, and Kid Cudi. 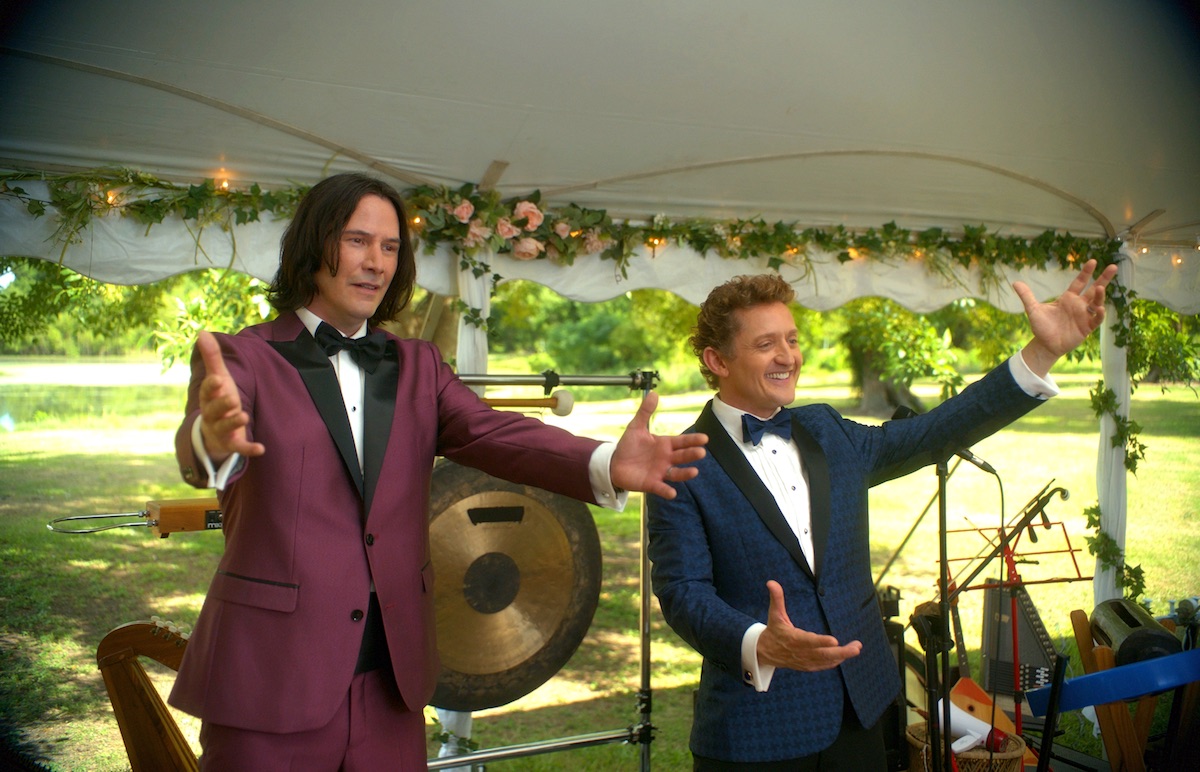 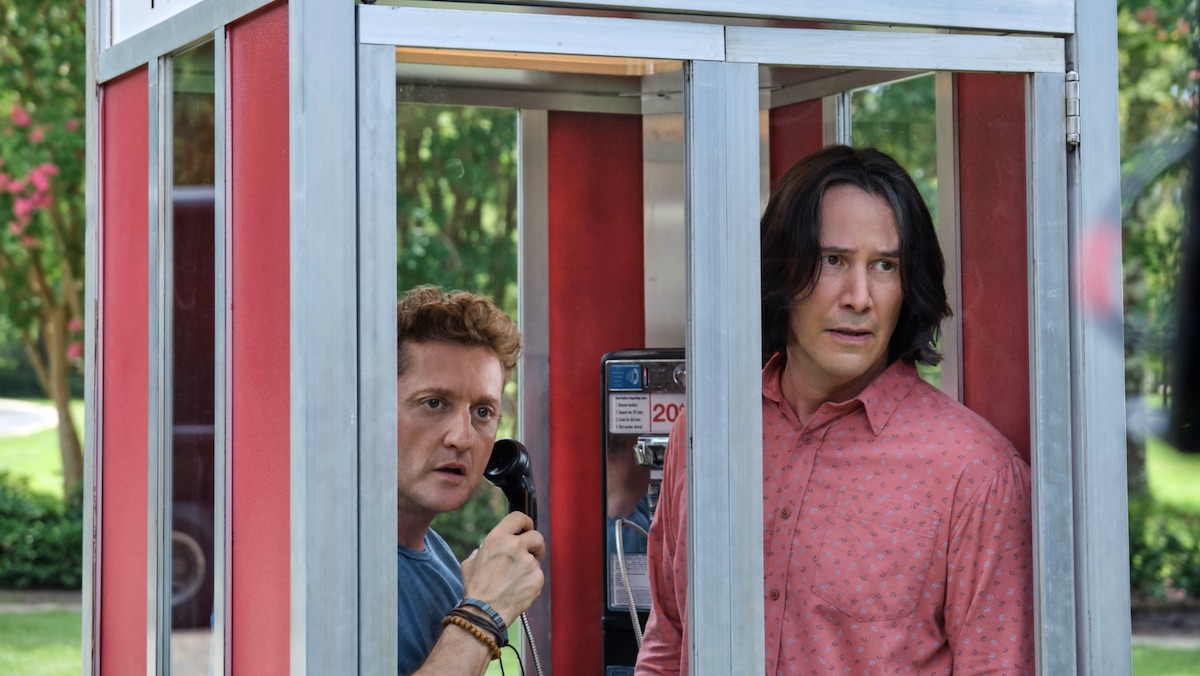 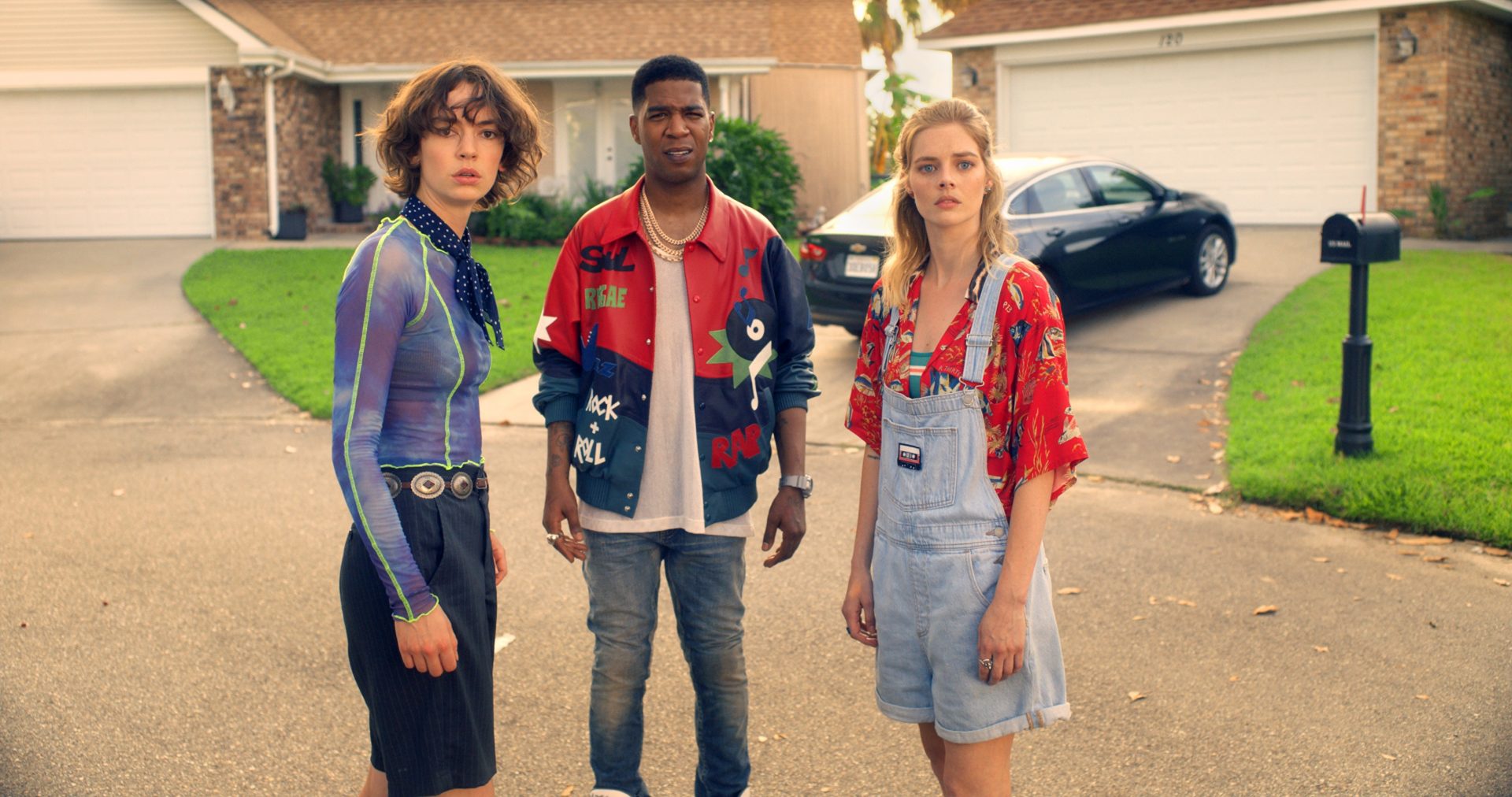 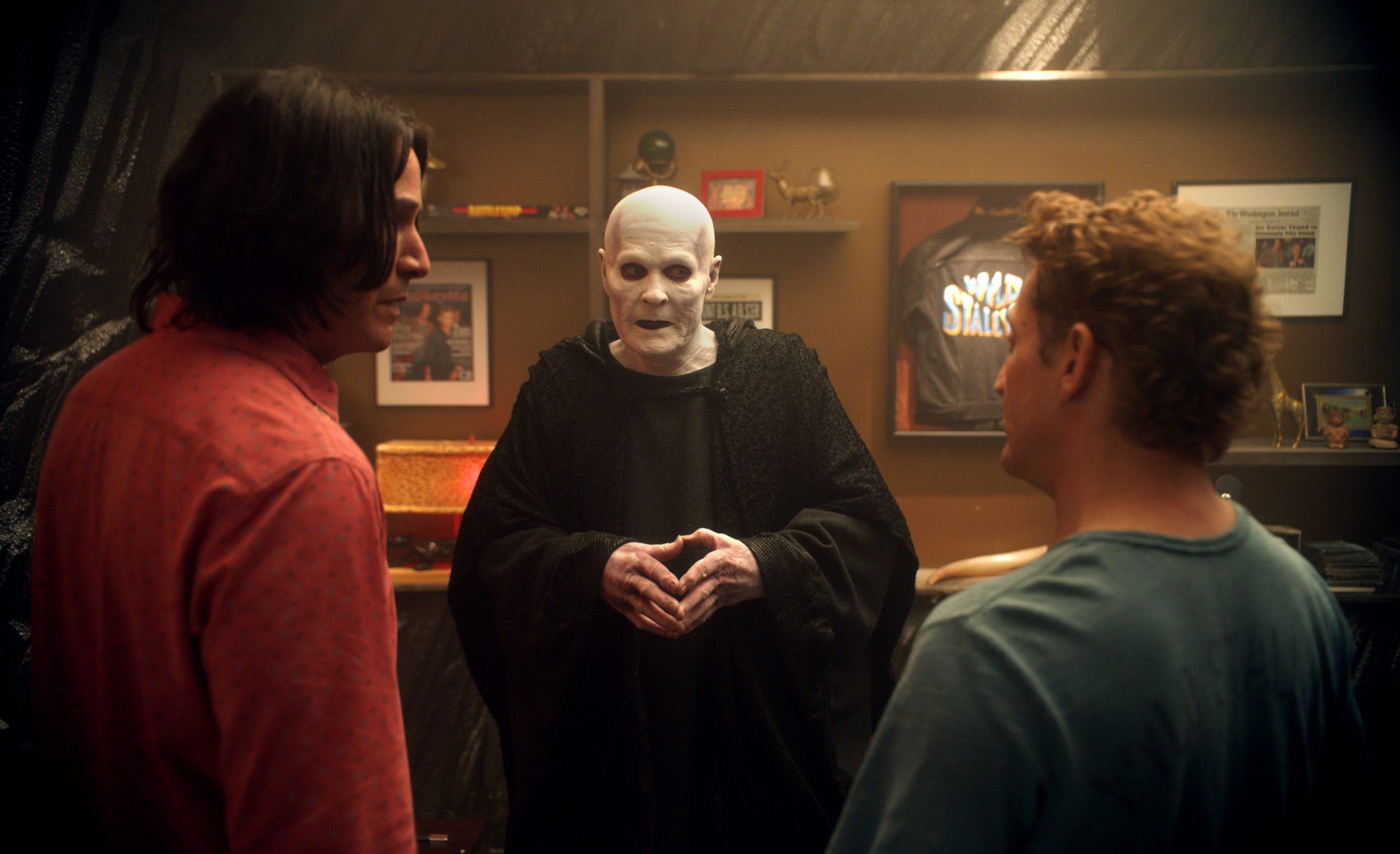 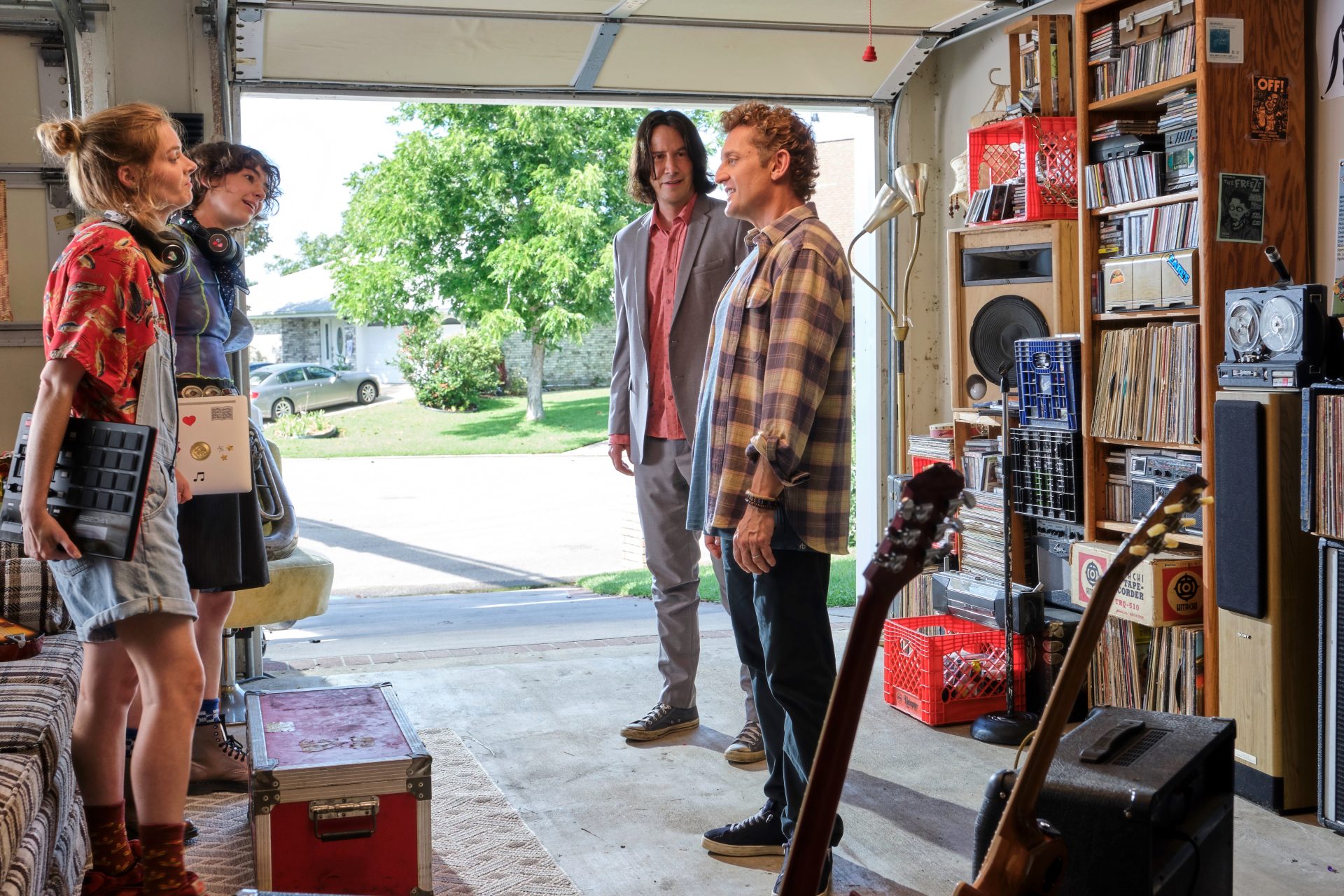 The Daily Mail released the first photos from the set. They showed Bill and Ted with their time-traveling phone booth, along with some historical figures. Among this lot are Gandhi, Pocahontas, and Jimi Hendrix. Other images of the duo’s daughters also found their way online.

I can’t even explain how happy this makes me. I really can’t believe this movie is happening. #billandted #billandted3 pic.twitter.com/wp512UlsHF

DINNER IS SERVED, bts pics of bill and ted 3 ???? pic.twitter.com/U1mVNENEnH

And remember, we don’t have a time machine. So make sure you check back here for the latest news, rumors, and updates on the film. Even more important though? Be excellent to each other!