THE MANDALORIAN Cast All Thought Plo Koon Was the Secret Jedi

Luke Skywalker showing up in the season two finale of The Mandalorian had people cheering all across the globe. But of course, it wasn’t Mark Hamill on the set, it was a “Jedi stunt double.” But just who did the cast of The Mandalorian actually think was wielding the lightsaber and rescuing baby Grogu when that scene was shot? Well, it turns out the producers of the show told them it was actually a totally different Jedi from canon.

This was revealed by none other than Bo-Katan herself, actress Katee Sackhoff. This was during a charity live stream event for the Star Wars Explained YouTube channel (via Comic Book Movie). You can watch Sackhoff reveal this tidbit at the 13:35 mark of the video down below.

As it turns out, the cast of The Mandalorian all believed the Jedi coming to answer Grogu’s call wasn’t actually Luke. They were all told it was Plo Koon. Now, for the less hardcore Star Wars fans out there not familiar with the name, Plo Koon was one of the main Jedi Masters serving the Republic. He was a recurring character on the animated Clone Wars, and a mentor to Ahsoka Tano. First appearing in live-action, he shows up originally during the prequel era. He was a member of the Jedi Council in The Phantom Menace and Attack of the Clones. And we saw him meet his end during Order 66 in Revenge of the Sith. 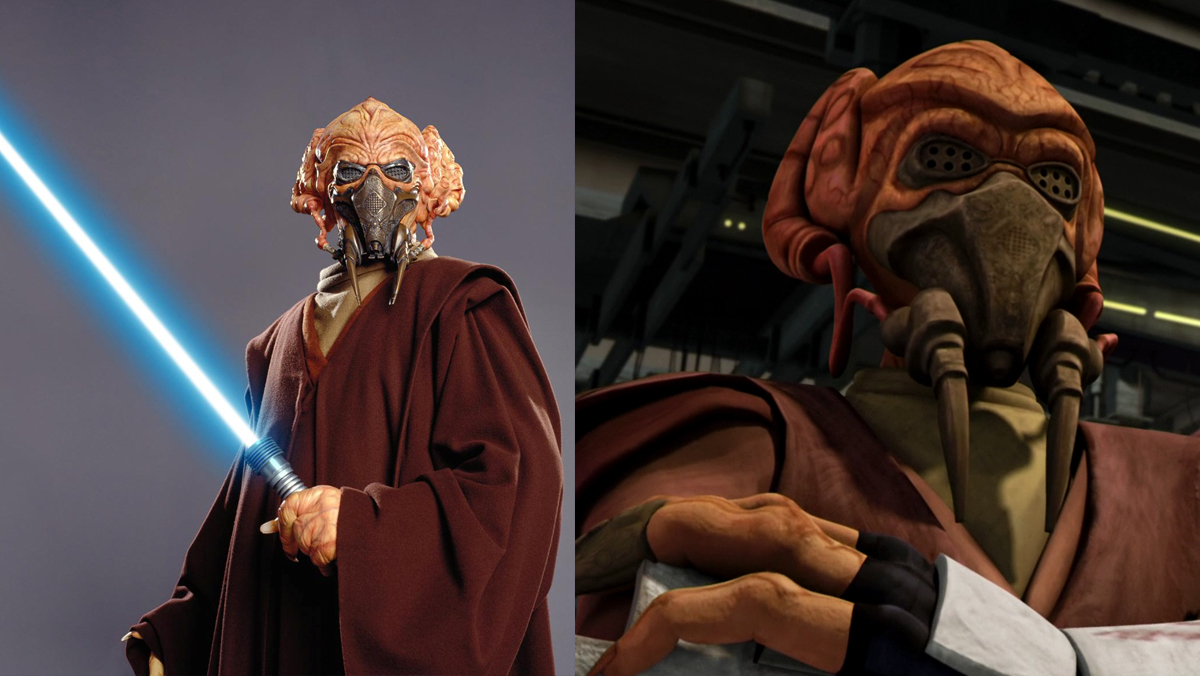 In the recent installment of Disney Gallery: The Mandalorian on Disney+, The Mandalorian executive producer Dave Filoni talked about the lengths they went to make it seem like Plo was the big surprise Jedi. (via Collider)

“It’s fairly well known by deep core fans that Plo Koon’s my favorite Jedi. And a lot of people, if Plo Koon from the script got out, would assume ‘Well, of course, ’cause Dave likes Plo Koon'” the producer said during one of the behind the scenes interviews. They went so far as using him as a placeholder in the script for Luke Skywalker. They even digitally replaced the actor with a Plo Koon head on the raw footage. They made concept art for it and everything! Though the script and artwork never leaked, the team had made it so their big reveal remained intact.

Of course, in the world of Star Wars, death is not always permanent. (Just ask Emperor Palpatine). So there’s no reason to question Katee Sackhoff when she said she really thought it was Plo. She makes a joke at her own expense during the live stream, saying she was gullible for believing it. But we can hardly blame her. After all, she had just acted in a season where the long-dead Boba Fett sprung back to life! Stranger resurrections have already occurred in the galaxy, far far away.