It’s a big year for fans of Japanese fantasy/action TV. Not only is 2021 the 55th anniversary of the  Ultra series, it’s the 50th anniversary of  Kamen Rider. While both shows started making their way to North American audiences in a big way over the past 18 months, Ultraman has had the bigger deluge of content. But that’s about to change! During a special Kamen Rider 50th anniversary panel, Shout! Factory’s tokusatsu arm, TokuSHOUTsu, announced that two more Rider series will make their way to streaming this year. And one of them will even get a physical media release. 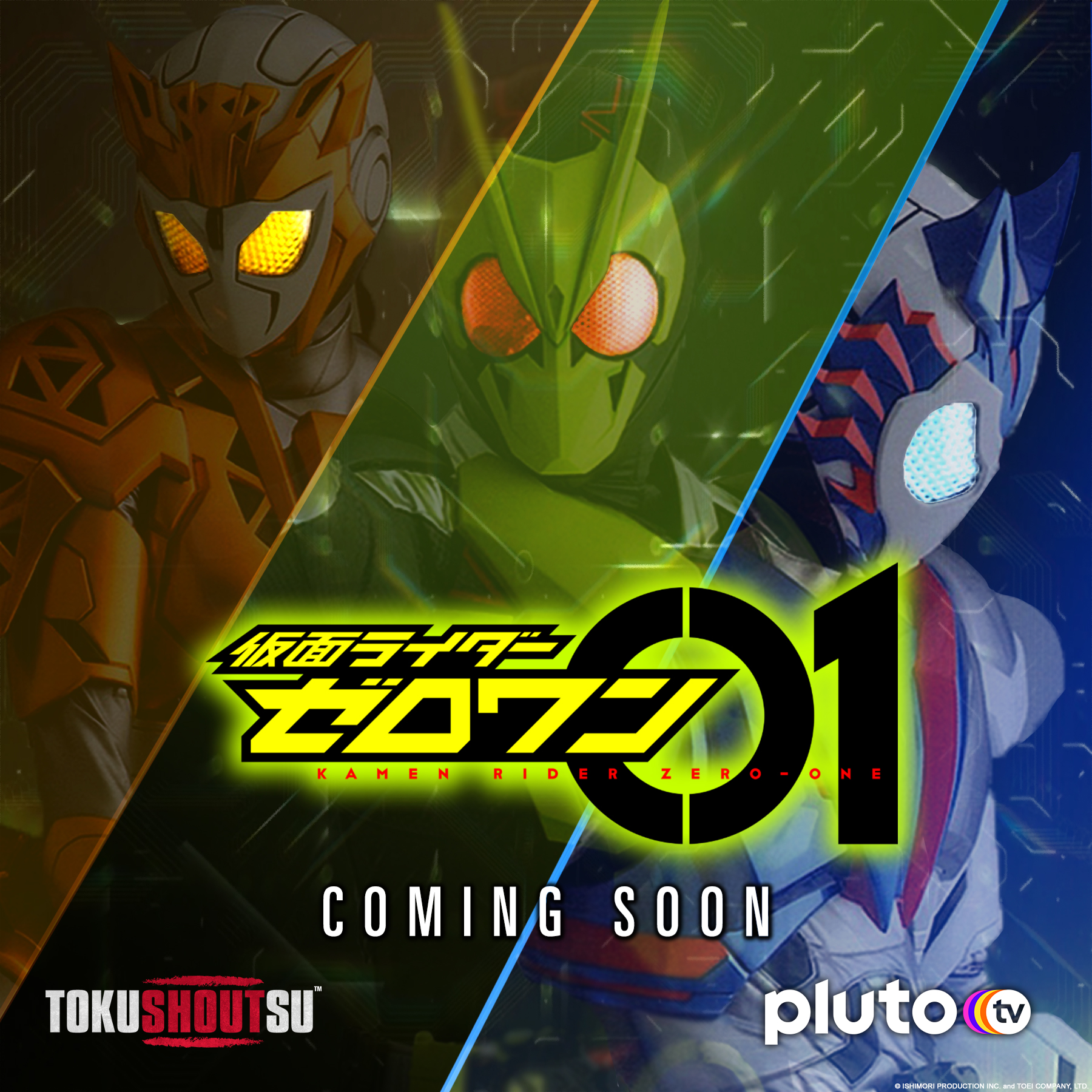 “We’ve seen a tremendous reaction to the Kamen Rider shows on Shout! Factory TV, so we’re delighted to partner with Toei to build the North American fanbase. And with Zero-One, we’ll now have the premiere series for each of the three eras of the franchise,” said Shout’s Jordan Fields. Indeed, this will mean the first Showa, Heisei, and Reiwa series will now be available to view in the U.S.

“I am so happy to hear that Zero-One will be on Shout! Factory TV,” said Takahito Omori, producer of Kamen Rider Zero-One. “Zero-One is the reflection of our future, of conflicts between humans and artificial intelligence, and a story not only about Kamen Rider, but about human beings. I hope fans enjoy watching the show and thinking about technology and ourselves.” 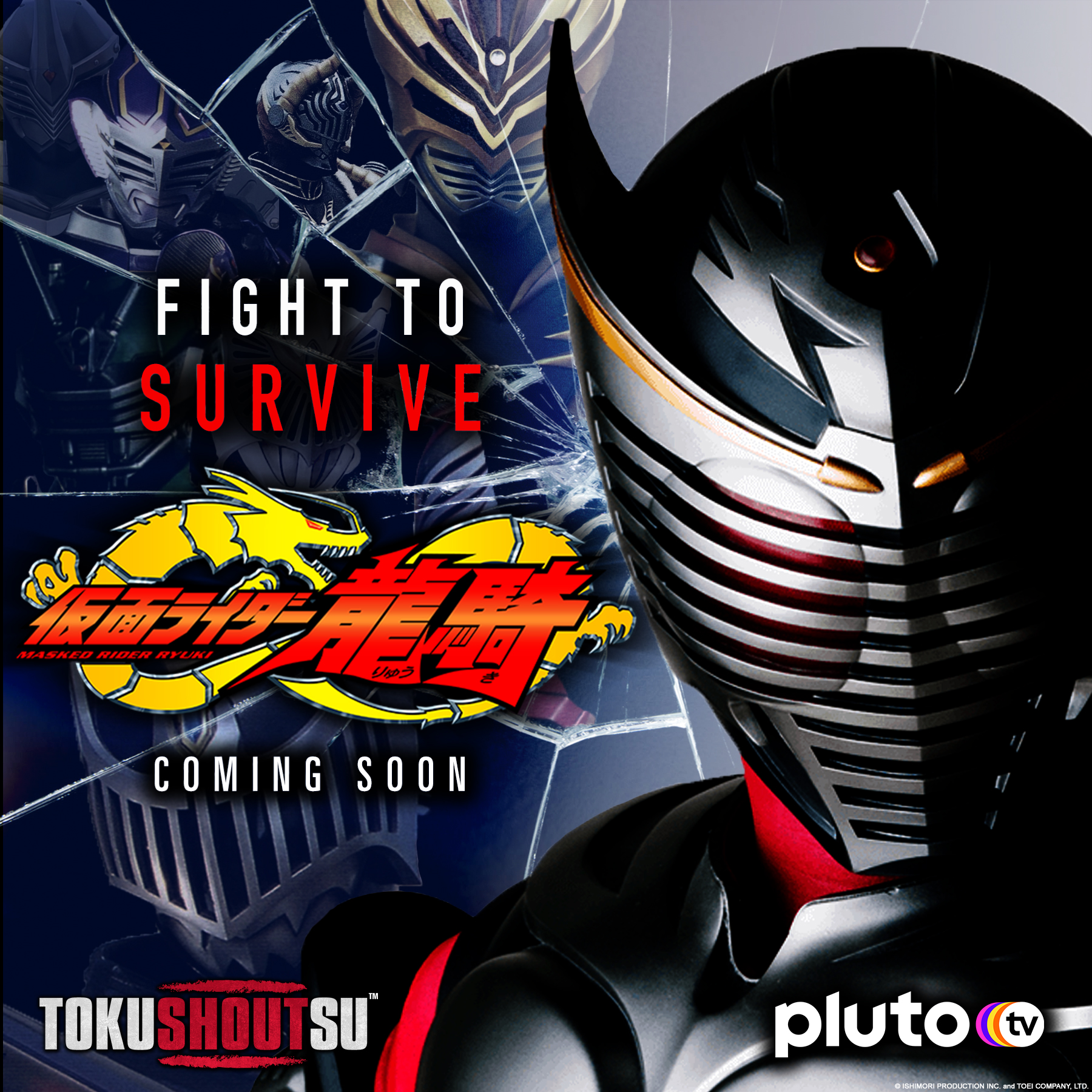 Ryuki is an interesting but exciting addition to the streaming service. The third Heisei-era season, it focused on the idea of 13 Riders being forced to battle until only one survived. Our hero is new to this world but becomes the titular Ryuki in line with his destiny. This series was eventually adapted into the surprisingly faithful American series, Masked Rider Dragon Knight in 2009.

No word on exactly when the series will join Shout Factory TV, nor when the Zero-One Blu-ray should come out, but it’s truly an exciting time for North American fans of Kamen Rider. In addition to TokuSHOUTsu’s two full series, the Toei Company, the studio that produces Kamen Rider, has been celebrating the 50th anniversary with weekly uploads of the first two episodes of each of the series. To date they’ve posted episodes from nine of the 31 seasons and three movies.

Read the official synopses of Ryuki and Zero-One below.

A cyber-terrorist called Metsu-bou-jin-rai Net has secretly had a conspiracy for their final purpose, ‘human extinction’, although the human society aims for the coexistence between human and HUMAGEAR.

Aruto Hiden has taken over a CEO’s post at HIDEN INTELIGENCE, because his grandfather, Korenosuke Hiden, suddenly passed away, and along with the CEO’s post, he also takes over the responsibility for Kamen Rider Zero-One by using his company’s technology.

Aruto tries to keep the peaceful world between human and HUMAGEAR with Izu, his HUMAGEAR secretary, while A.I.M.S., a military squad against HUMAGEAR, chases the terrorist.

“Mirror World” exists symmetrically beyond an invisible mirror in space, and an exact copy of our human world, where only monsters can dwell. Evil monsters frequently cross the mirror and attack our world.

Only Kamen Riders who make a contract with a specific monster and obtain special power from the monster can enter “Mirror World” and fight against evil monsters with the help of “Advent Card.”

Shinji Kido, a journalist, contacts with Dragon, and becomes Kamen Rider Ryuki. He fights a fierce battle with evil monsters.

Many Kamen Riders appear one after another, and fight to satisfy their own aims. However, only one Kamen Rider can outlive others. Thus, it is their fate to keep fighting to the last man.