It’s been a big year already for fans of Kamen Rider. To mark the Japanese tokusatsu series’ 50th anniversary, we’ve learned about a new big screen outing in Shin Kamen Rider; there will be follow-ups to beloved series Kamen Rider Black and Kamen Rider W; and, as we told you back in April, Kamen Rider Ryuki coming to TokuSHOUTsu. In that same announcement, we also announced the first North American Blu-ray for a Kamen Rider series was on the way. And now we finally have a release date for Kamen Rider Zero-One on Blu-ray. January 25, 2022!

Preorders for the set are available right now via Shout! Factory’s store. The eight-disc collection will contain all 46 episodes of Zero-One plus the movie REALxTIME and five special episodes. That is, by our count, a lot of Kamen Rider Zero-One to enjoy.

Zero-One originally aired in Japan from September 2019 to August 2020. It’s the first series in Japan’s nascent Reiwa era, and marks the 30th series in total to have aired since 1971. TokuSHOUTsu has brought the original Kamen Rider series to North America followed by the 2000s follow-ups Kuuga and Ryuki. While other seasons have popped up on streaming services, to date, Zero-One is the only one on Blu-ray. Needless to say, this is a pretty big deal. 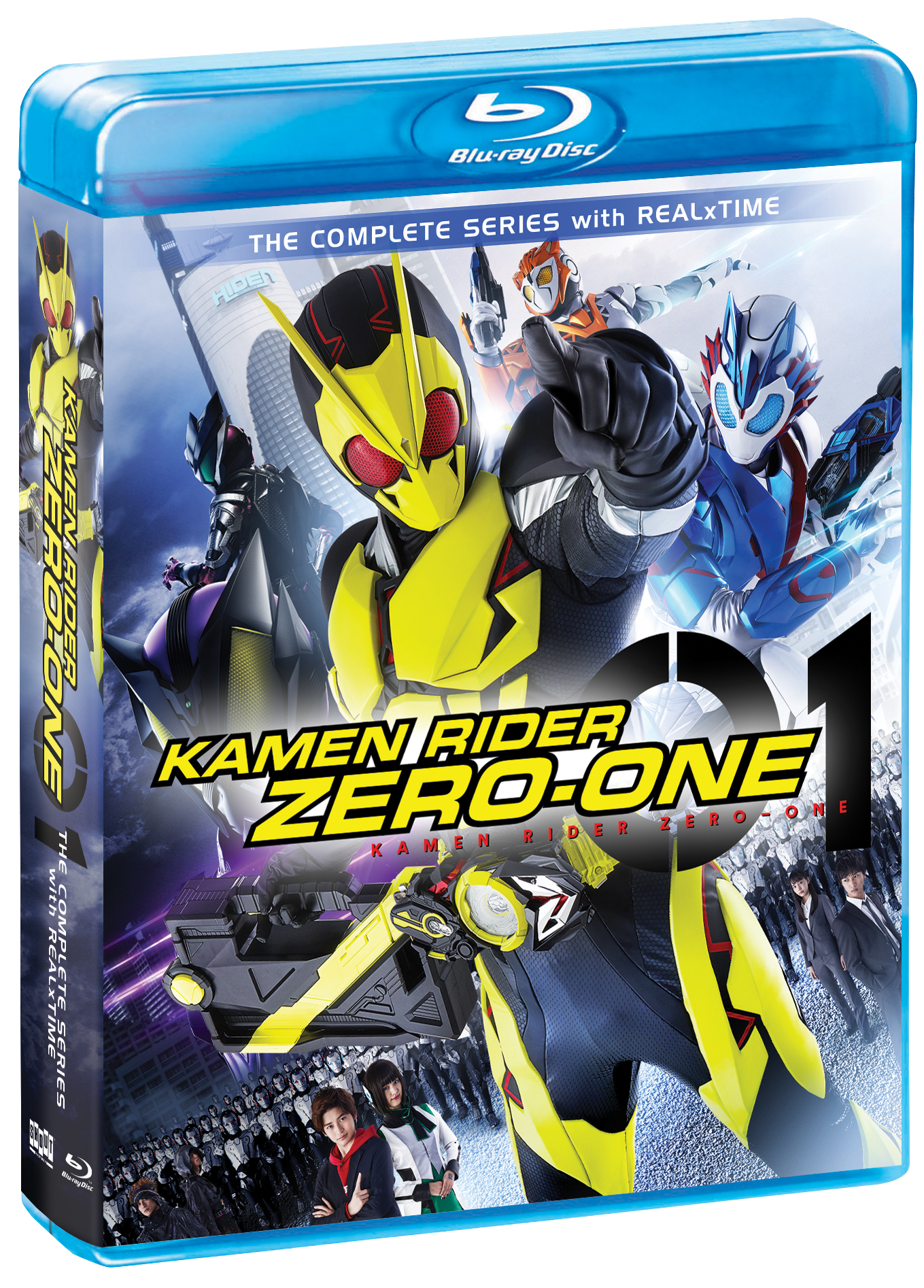 The synopsis of the series is as follows:

Humagears (humanoid robots), created by the leading company for AI, Hiden Intelligence, serve humanity’s every convenience. But a cyber-terrorist organization begins hacking the Humagears in a conspiracy that turns them into monsters. Aruto Hiden has taken over at Hiden Intelligence, and along with the CEO’s post, he also takes over the responsibility for Kamen Rider Zero-One by using his company’s technology. Aruto tries to keep the peaceful world between humans and Humagears with his Humagear secretary, while A.I.M.S., a military squad, pursues the terrorists!

Also look for KAMEN RIDER ZERO-ONE: THE COMPLETE SERIES with REALxTIME to stream on TokuSHOUTsu in January ’22.