Everything You Need for the JOKER Movie

After all the build up, the controversy, and everything else in between, Todd Phillip’s Joker is finally here. But before you enter into the damaged psyche of one Arthur Fleck, dive into everything we’ve got on Gotham City’s most notorious Clown Prince of Crime.

Did you think that Phoenix lived up to Ledger? Will Joker really “change comic book movies forever” as some have suggested?  We have a lot of thoughts ourselves below.

Be sure to check out some of our amazing Joker coverage, starting with Dan Casey’s review of the film. This is non-spoilery, so all of you big spoiler phobes can feel safe checking this one out.

Joker got some pretty rave reviews all around (for the most part), with some going as far as to use the term “insane masterpiece.”

I saw #Joker — and it is unlike anything before it. The movie is dark, thrilling, and chilling. An insane masterpiece.

The movie absolutely transcends being a comic book film and acts as a character study which, at times, will make audiences uncomfortable in wild ways. 10/10 pic.twitter.com/2B2mCkzbZy

Dan also got to interview Joker‘s director Todd Phillips and its star Joaquin Phoenix. Does Phoenix have a go-to joke if he were up on stage doing the whole stand-up comedy thing? Well, watch below to find out:

If you want to get in the mood before watching the movie, you can also take a listen to two exclusive tracks from composer Hildur Gudnadóttir. And yes, they are as creepy and foreboding as you would imagine them to be.

Is Joaquin Phoenix’s Joker going to show up in Matt Reeves’ The Batman? Well….probably not. BUT, future Batman Robert Pattinson seems to think it’s at least a possibility. Are you excited about the prospect of our new Dark Knight trading blows with the Harlequin of Hate?

Of course, Phoenix follows in a long line of esteemed performers who have portrayed the Joker. But as great as Heath Ledger, Jack Nicholson, and all the rest of them were….our favorite is Mark Hamill’s performance from Batman: The Animated Series! If you want to watch some classic B:TAS Joker, we have seven must see episodes you can’t miss! 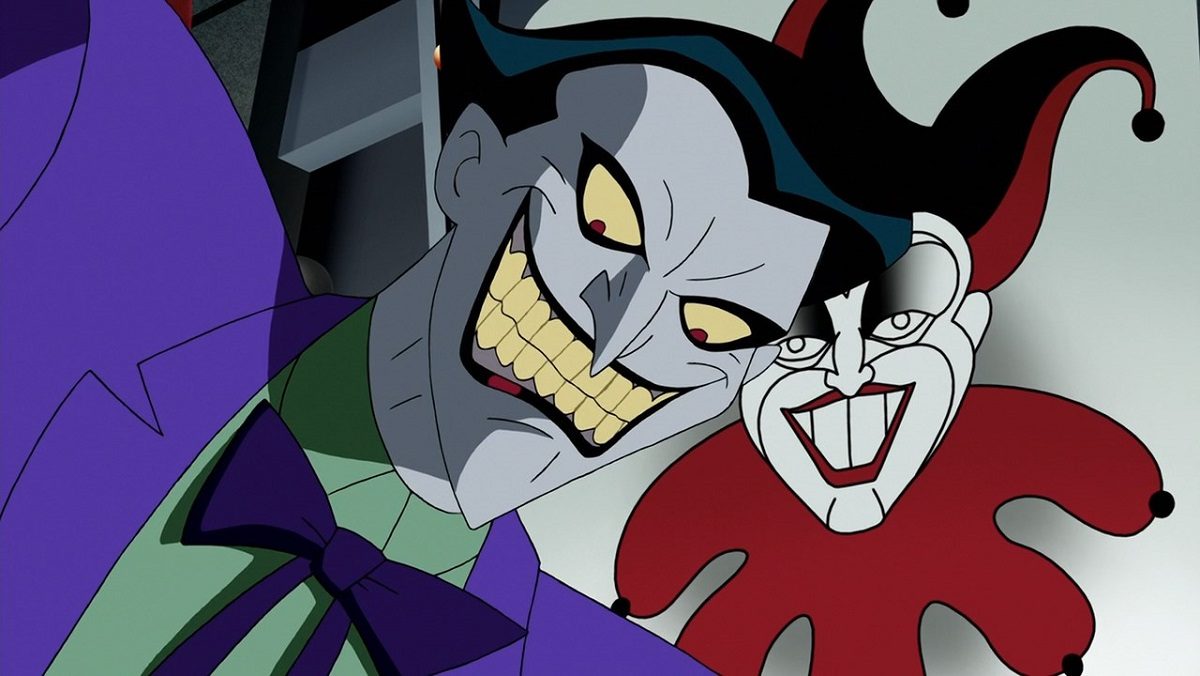 The cinematic master of fear John Carpenter got a crack at the Joker recently, although in comic book form. Rosie Knight got to sit down with Carpenter and his collaborator Anthony Burch to discuss Joker: Year of the Villain. Possible fodder for a potential sequel to the film? One never knows!

As this new film gives us yet another origin story for the Joker, Rosie also discussed the character’s many different backstories. Joker wasn’t kidding when he once said his past was “multiple choice!”

And of course, you cant’ forget the Joker who never was…but should have been? We’re talking of course about the legendary Tommy Wiseau and his Joker audition tape for the Dark Knight. If you have not experienced the joy of this one yet for some reason, we suggest you stop what you’re doing and watch right now.

And don’t forget…there are still two other Joker films in different stages of development! Will they get made? Read everything we know about the other two Joker films right here.  Jared Leto might not be as done as we think he is with his version of the homicidal clown.