John Carpenter and Anthony Burch Talk THE JOKER: YEAR OF THE VILLAIN

DC’s Year of the Villain event is in full swing! As the world of Gotham gets used to the chaos of Bane, a series of one-shot stories is exploring the impact his reign has had on the villains who live there. Horror icon John Carpenter has teamed up with his Old Man Jack collaborator Anthony Burch to dive into a truly terrifying look at the Joker. With art by Philip Tan and Marc Deering, the story paints a picture of the Joker as a twisted vigilante trying to radicalize a lonely and ill young man. We sat down with the writing team to break down their single issue of terror and talk about why, in Carpenter’s eyes, the Joker is “the greatest villain there is in comics.” 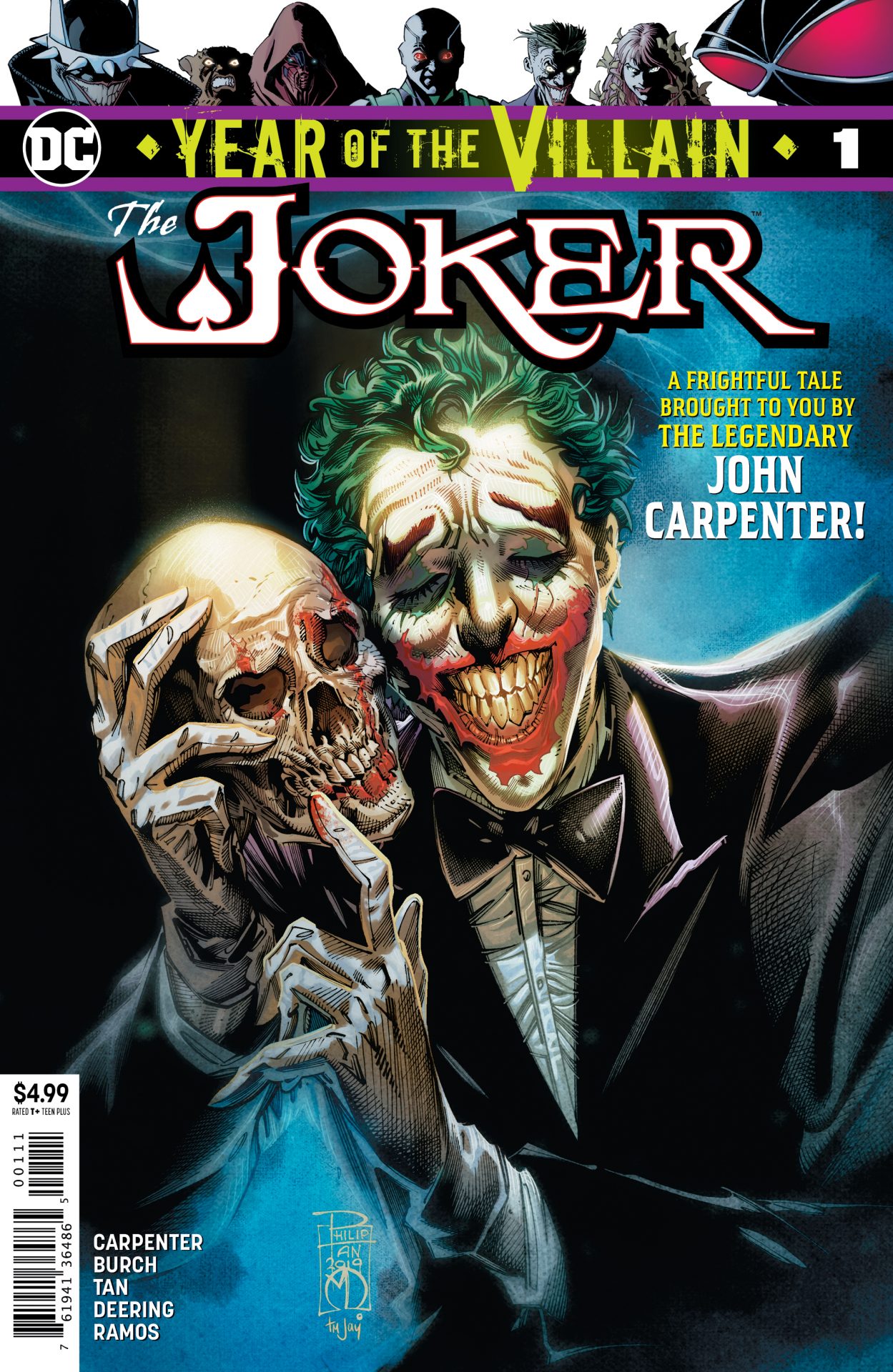 After the events of City of Bane, Burch was quick to realize that Joker’s reaction to this new status quo would look very different than other villains’, leading to his sudden interest in vigilante justice. “Our thought was like, if you can tell a story about Joker in that context, the Joker is always the guy who wants to be the epitome of chaos and go against whatever the rest of society is doing,” Burch said. “So what the hell does he do when the society is gone? As crazy as he is, he wouldn’t be happy to be doing what everyone else is doing; he’d see that as being super boring. So maybe he’ll go the other direction and we get to see what his version of being a superhero vigilante is like.” 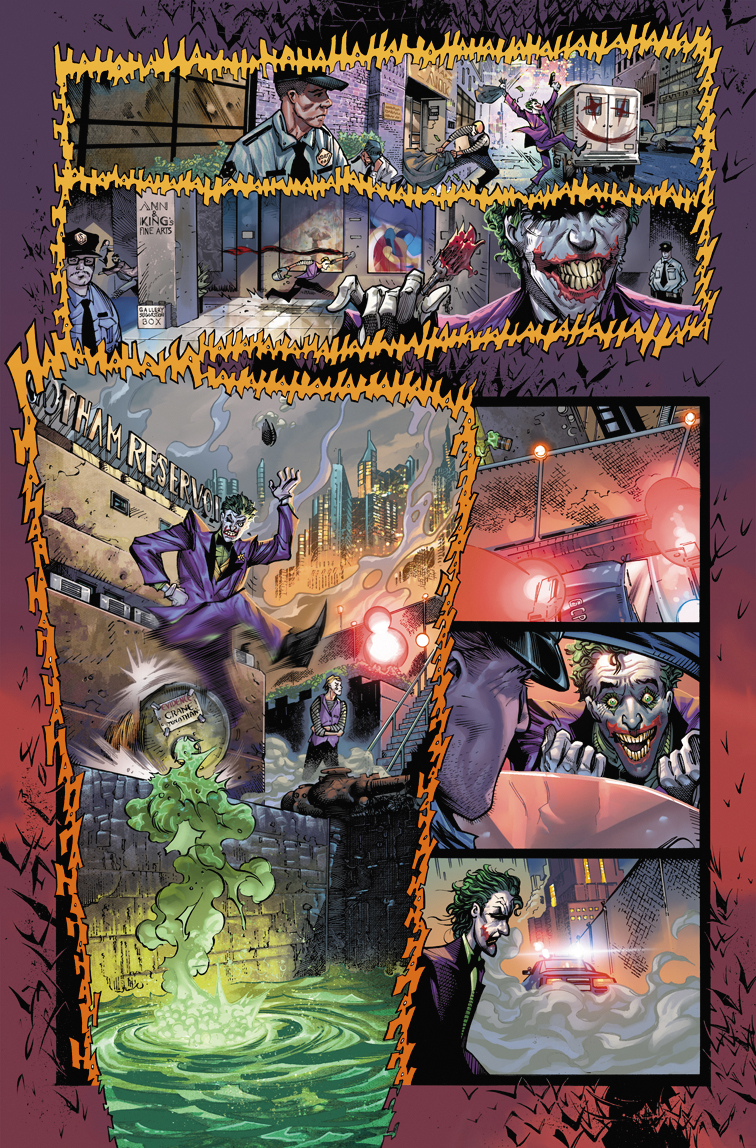 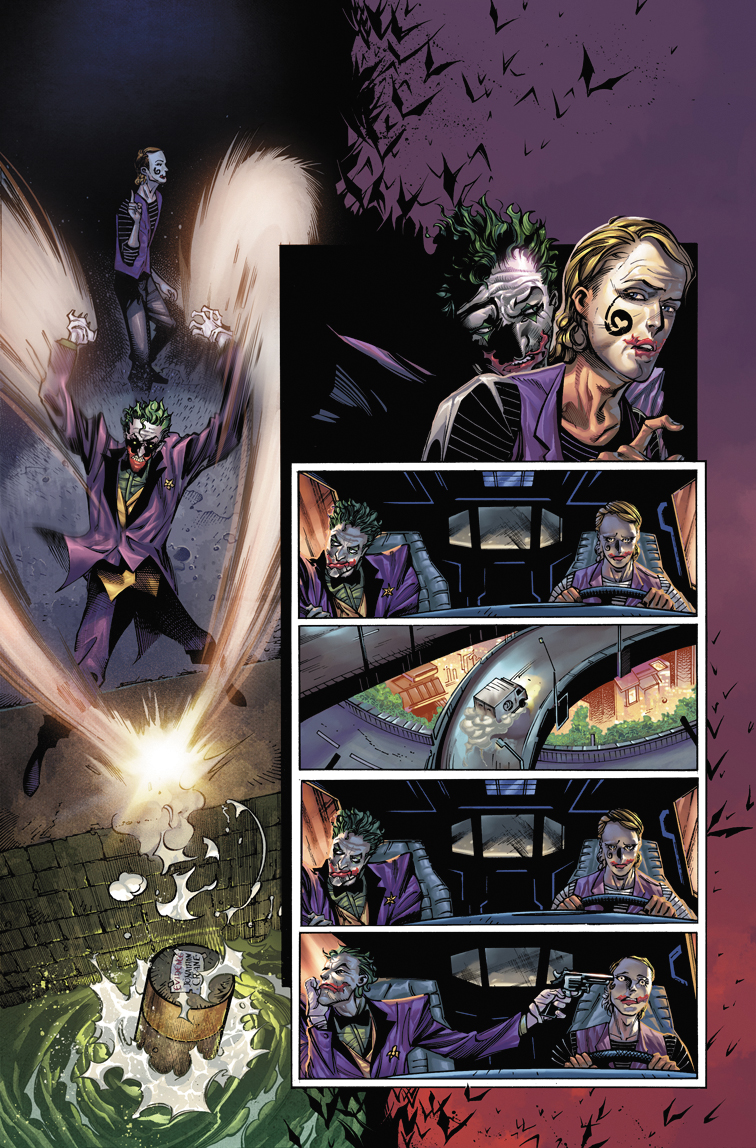 For Carpenter, the chance to take on this iconic character was an exciting one. “The Joker is, I think, the greatest villain there is in comics,” the filmmaker said. “He’s also a kind of all-purpose villain in that you can make of him anything you want. He can be crazy, he can be wickedly smart, he can be all these different things. He’s a villain for the ages. And I love that.”

Getting free rein to add their own voices to the canon of the clown prince of crime was a privilege that wasn’t lost on the pair as Burch explained. “It’s a ton of fun to be able to play in that kind of playground because the Batman characters are sort of, you know, they’re not just pop culture icons. These characters are like modern gods and we got to play around with this character that represents so many things and so many different philosophies.” 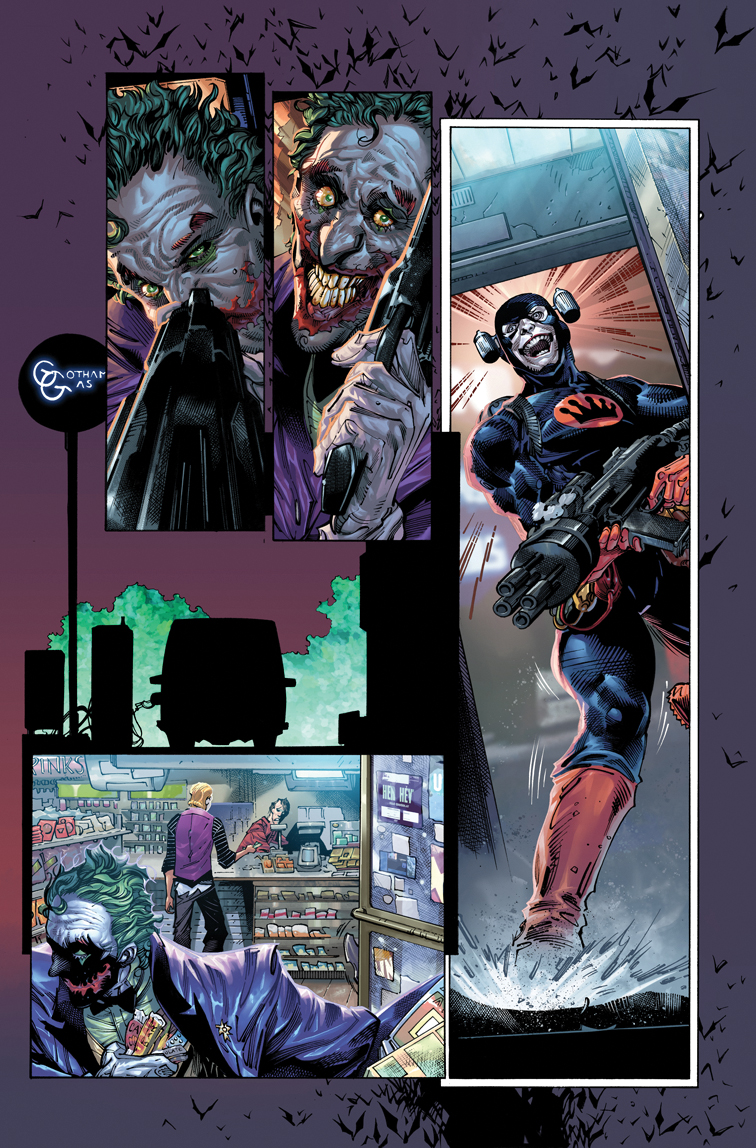 When it comes to favorite representations of the Joker and ones that made an unexpected impact on their story, Carpenter grew up watching Batman ’66 and it had a huge influence on him, even sneaking into this dark and gritty take on the Joker. “Those were the days of having these guest star villains and Cesar Romero was Joker,” Carpenter said. “He actually did a pretty good job of it. And his face was just really disturbing. There’s this one side frame in the comic with Joker and his henchmen walking up a wall, which is right out of the TV show.” 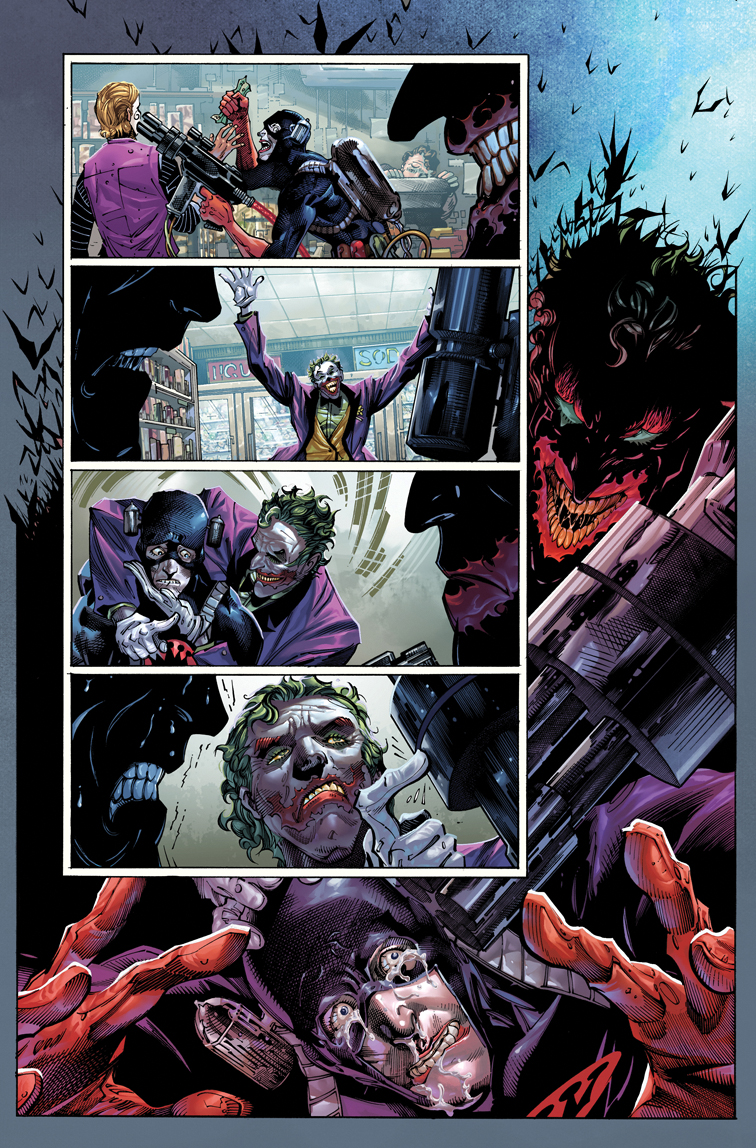 Carpenter and Burch’s take on the character makes some strong statements about what drives the Joker. The creators were interested in exploring the concept of mental health in the context of the character and the larger world of Gotham. “It’s got some precedent—which is Grant Morrison’s Arkham graphic novel—that first introduced the idea that the Joker isn’t actually crazy; he knows exactly what he’s doing,” Burch said.  “I always really liked that interpretation of him because, as we mentioned in the comic, it’s very easy to stigmatize mental illness. And that just isn’t borne out of the reality of what mental illness is like.”

Burch continued, “For example, somebody who’s mentally ill is far more likely to be hurt than hurt anybody else. So our thought was wouldn’t it be interesting, kind of fun, and kind of sad to focus on the way that a character who’s not insane, like the Joker, can attract people who do have mental issues and radicalize them, turning their anxieties and sense of loneliness and abandonment against society for his own purposes.”

The Joker: Year of the Villain #1 is out Wednesday, October 9.