Are The JOHN WICK Movies Really About the 5 Stages of Grief? - Nerdist

Are The JOHN WICK Movies Really About the 5 Stages of Grief?

John Wick is an international man of mystery, the MacGyver of murder, a lover of adorable animals, and by all accounts, he has led an incredibly sad life. But what if these gun fu-filled movies about an assassin taking his bloody revenge on those who wronged him were actually a larger allegory about the stages of grief?

According to a popular fan theory, the John Wick franchise isn’t just an excuse to watch Keanu Reeves as a dog-loving, reluctant hitman murdering dozens of evil goons; rather, each movie is actually themed after different stages of grief. First posited by redditor coces, the theory says that the John Wick franchise will ultimately consist of 5 movies and each of them will be tied to individual stages of grief. Before we get into that, let’s give some context to what these stages of grief actually are.

The five stages of grief, also known as the Kübler-Ross model, is a psychiatric framework designed to articulate, understand, and accept the complex series of emotions experienced by people who are facing death or have experienced the death of a loved one. Created by Elisabeth Kübler-Ross in her 1969 book On Death and Dying, the five stages of grief are as follows: denial, anger, bargaining, depression, and acceptance. 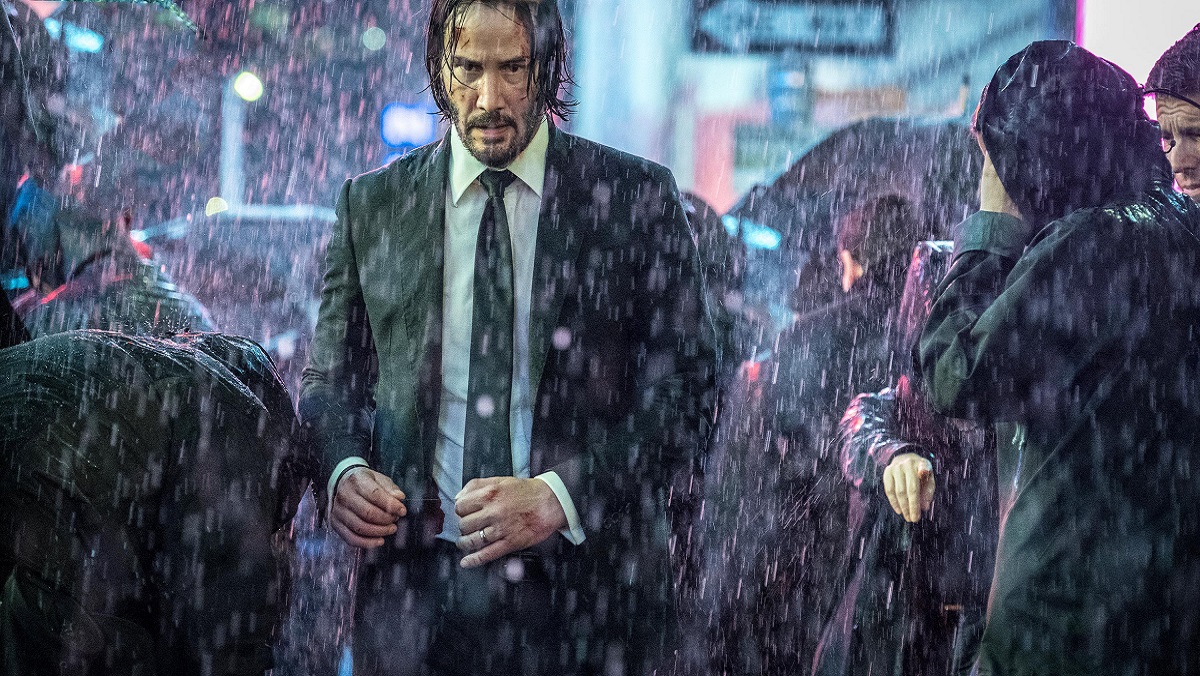 Denial: Those affected unable to accept what they’re being told as reality. “Surely there must be some mistake here.” There usually isn’t.

Anger: Once an individual realizes they can no longer deny the truth of the matter, they often get angry — at other people, the universe, themselves, anyone nearby.

Bargaining: A complicated stage in which an individual tries to find a way out of their situation through prayer or changing their lifestyle or something along those lines in an effort to kick the can down the road a little bit further.

Depression: Perhaps the most relatable and usually leads to feelings of total despair, ennui, and defeat as one comes to terms with their mortality or the loss of another.

Acceptance: The final and often the most challenging stage in which one either acknowledges and embraces their situation so they can move on with what remains of their life rather than spending it under a pall of sadness. 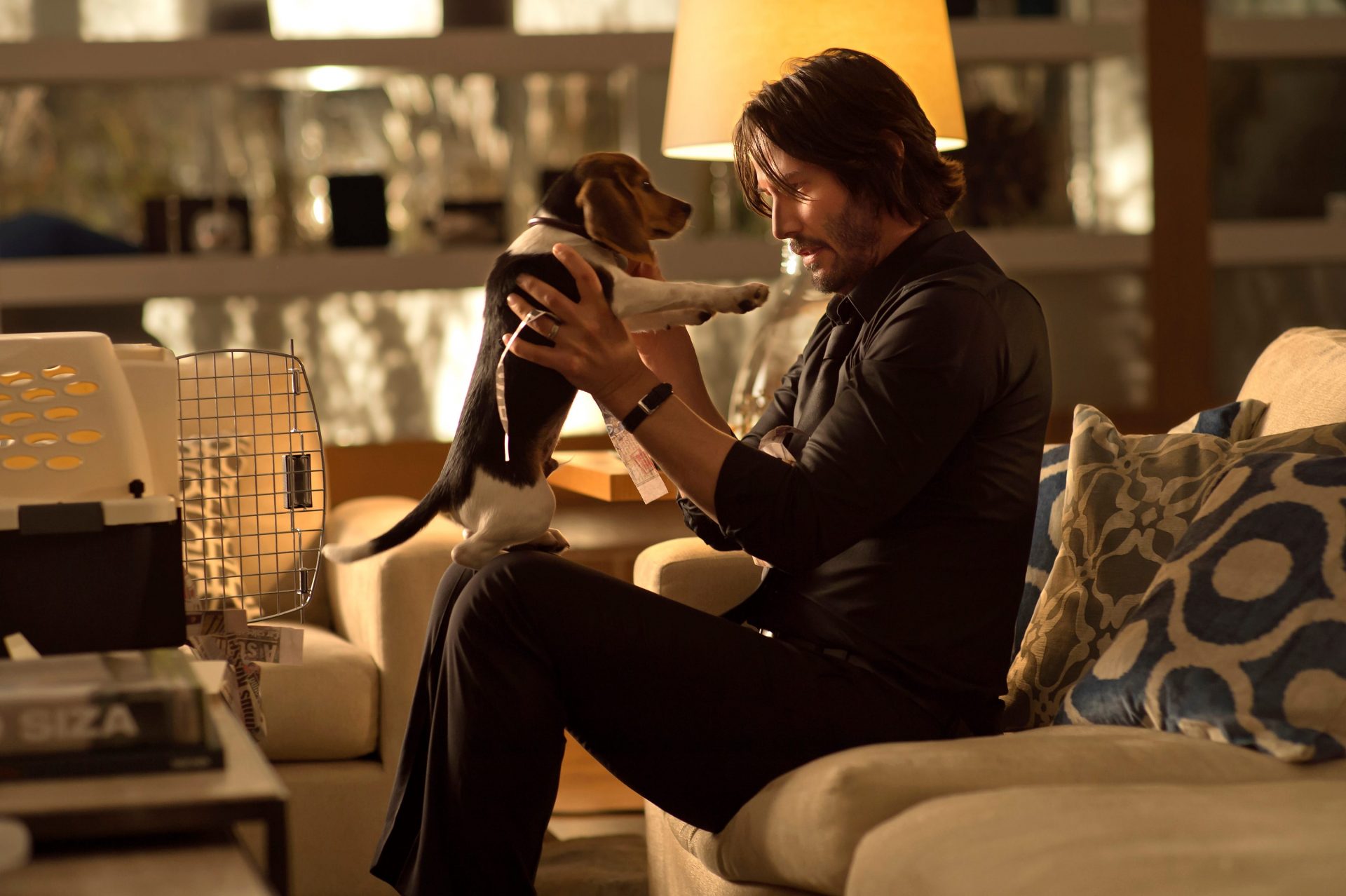 According to the theory, we have seen three of these stages of grief play out already over the course of the first three John Wick movies. The first film, John Wick, sees our hero reeling from the devastating loss of his wife. He is still in denial over the fact that she passed away and is unable to bring himself to get rid of her things. He is still holding on to hope that this must be some sort of cosmic mistake even while he’s hurting inside.

Quick side note: when I showed this movie to my fiance, and John Wick first got the puppy, she asked, “Oh my god! Are they going to solve crimes together?” I didn’t have the heart to tell her. 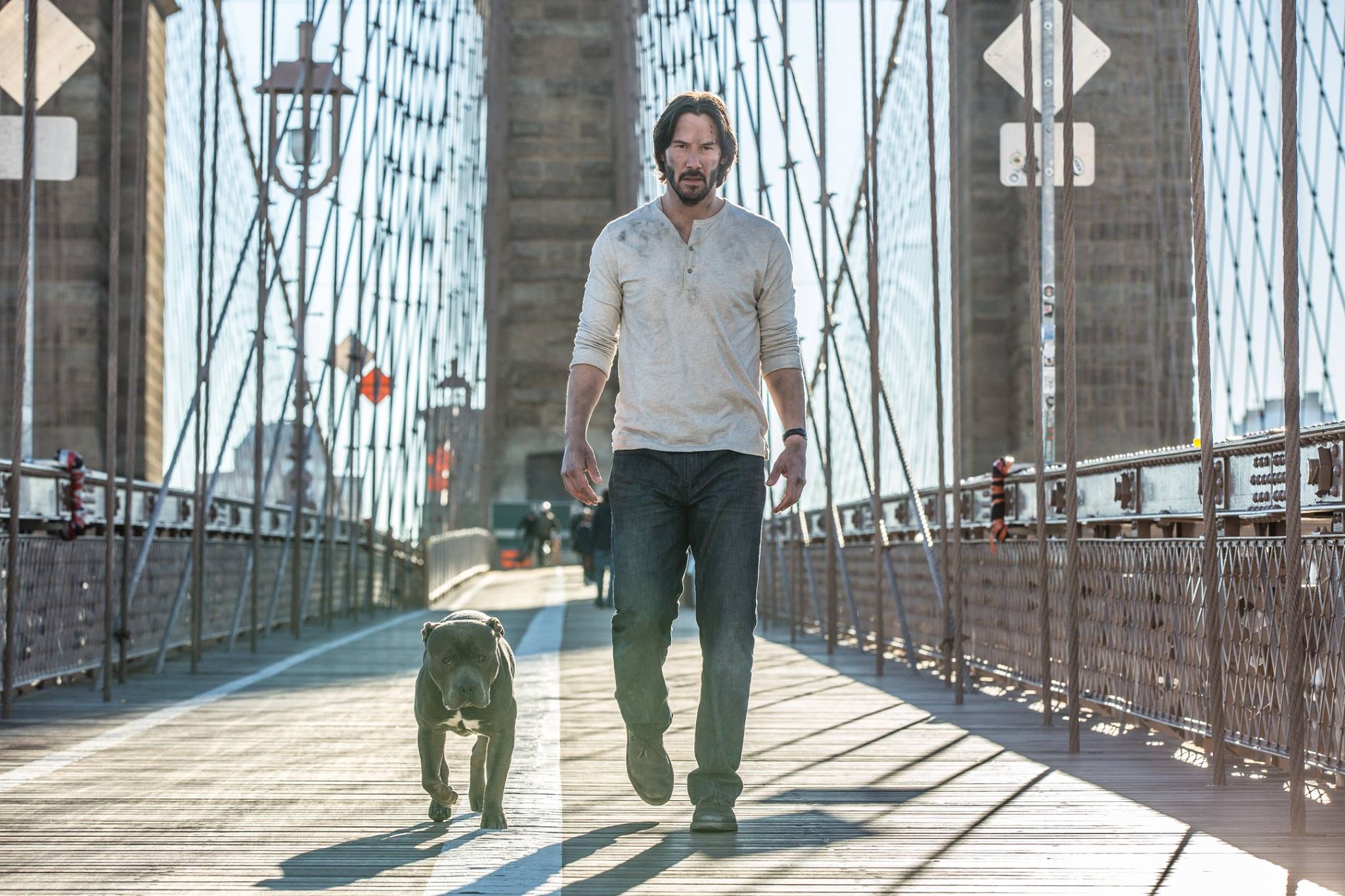 John Wick: Chapter 2 moves on to Anger as John Wick has now revealed to the wider world of assassins that he is back in the game after leaving a seriously messy calling card in the form of all of Viggo’s dead henchmen. Forced by Italian crime boss Santino D’Antonio to honor a blood oath, John must take out a target that he doesn’t want to kill. John finds himself embroiled in a world of brutality and betrayal. Ultimately, his anger gets the better of him and John murders Santino on the grounds of The Continental, the elegant hotel for underworld types where you definitely aren’t allowed to murder people, thereby jeopardizing his own safety and getting himself declared ex communicado.

John Wick: Chapter 3 – Parabellum represents John’s shift from Anger to Bargaining. Bereft of resources and reeling from the consequences of his anger-fueled actions, he must try and make all sorts of desperate deals in an effort to stave off the inevitable. John literally makes a plea to a higher power when he treks across the desert to ask the High Table for a stay of execution. All I can say is if you’re experiencing this stage of grief, stay away from libraries. 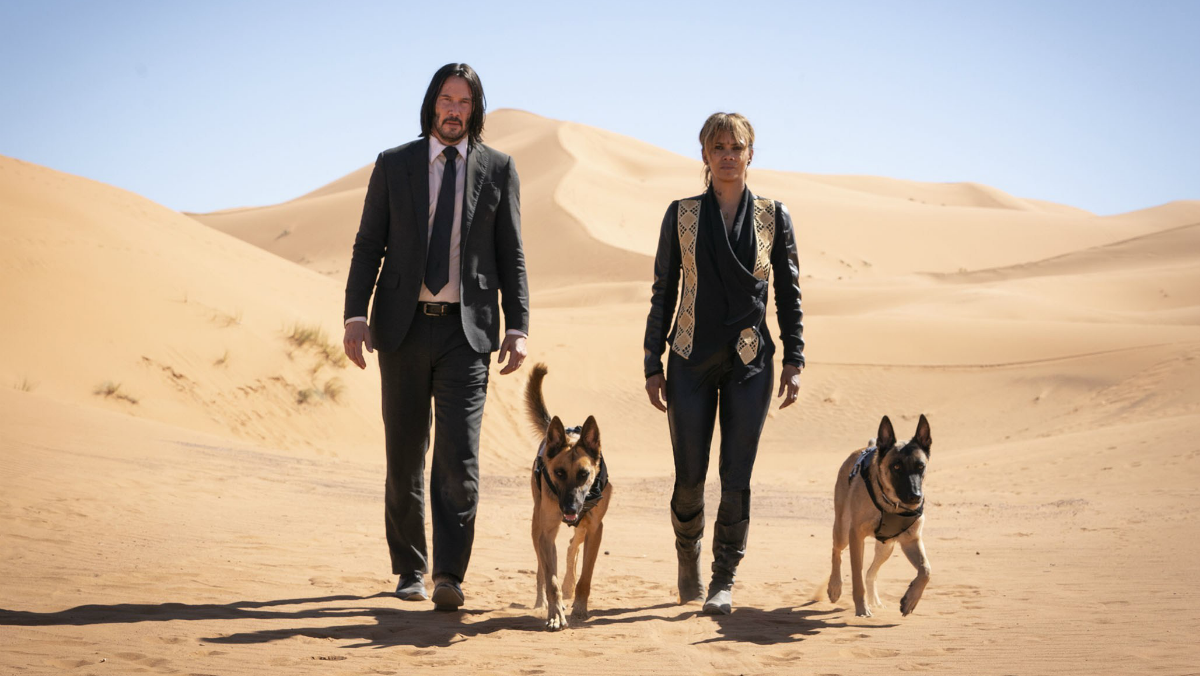 So that leaves us with two movies and two stages of grief to go. The fourth John Wick film has already been announced for May 21, 2021, and if the theory holds true that means it will embrace the larger theme of Depression. Betrayed by Winston, on the run from the High Table, and now fully immersed in the life he tried to leave behind, this movie will likely see a sullen, resigned version of John Wick, who feels like he can never escape leading a life of death and destruction, so why bother trying to change it?

Lastly, and hopefully for the sake of our heartstrings, this theory requires an unannounced but likely fifth movie that ruminates on the idea of Acceptance. Whether this is, as the theory states, “John finally coming to terms with who he is/was and continuing as an assassin, dying, or taking his dog and car to go home for good,” it will complete the long, bloody emotional arc for John Wick and serve as a nice period at the end of this five-movie-long sentence. 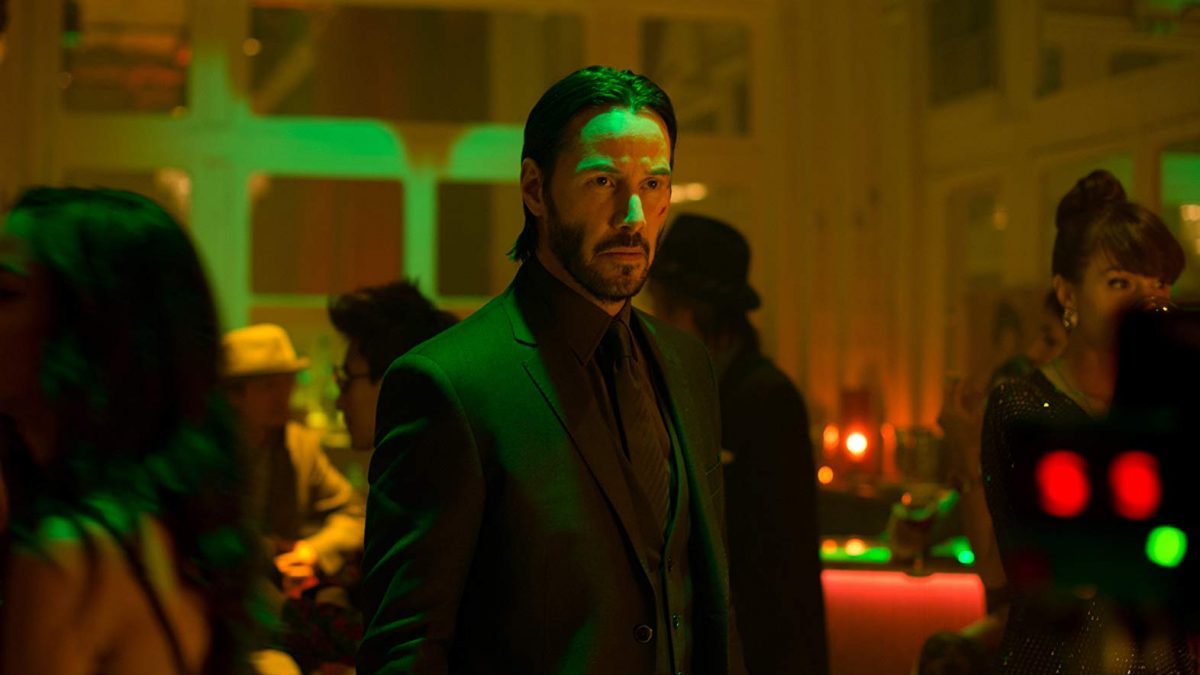 But who are we kidding? This is Hollywood. There are going to be John Wick movies forever and ever until Keanu stops wanting to do them or they stop making money, neither of which sounds like it’s about to happen anytime soon.
That said, I love this theory because it lends a nice structural arc and colors the emotional throughline of the films in a really thought-provoking way. Because Baba Yaga should get to say Bye-Bye Yaga on his own terms, preferably with a cute little dog in tow.

Explainiac airs every Thursday. For past episodes about everything from WandaVision theories to deeply silly pop-culture deep dives, click here to explore our archive.