Even as the fight against COVID-19 continues, there are bright spots in the world. John Kraskinski is back to highlight them for us in another edition of his web series Some Good News. The newest episode featured a new theme song and fan art. It also had celebrations for celebrations and praise for our medical professionals. Plus, Major League Baseball legend David Ortiz dropped in to surprise some brave fans.

But Big Papi’s appearance wasn’t the best moment from this sports-heavy installment. That came when the Red Sox and the city of Boston gave a very special gift to the people working on the front lines against the coronavirus.

In what continues to be a feel good break from a scary world, John Krasinski’s Some Good News once again gave us plenty to smile about. It kicked off with a great new theme song from the kid-backed Squad Harmonix, as well as some SGN fan-art. Then it was time to celebrate, including celebrating celebrations themselves. Krasinski highlighted the way COVID-19 survivors get a hero’s goodbye when they leave the hospital.

In this episode, Krasinski turned to the otherwise quiet world of sports. First, Joe Buck offered a superb play-by-play of a woman throwing laundry in her machine. Then Big Papi joined a conference call with the COVID-19 medical team at Beth Israel Deaconess Hospital in Boston. Like all fans, they’re missing baseball, which would have kicked off its season recently. So, to thank them for their service, Krasinski and the Red Sox sent them on a very clean, very sterile Duck Tour boat to have Fenway park to themselves. There, they got a standing virtual ovation from the players, owners, mayor, and governor for all their hard work and bravery. 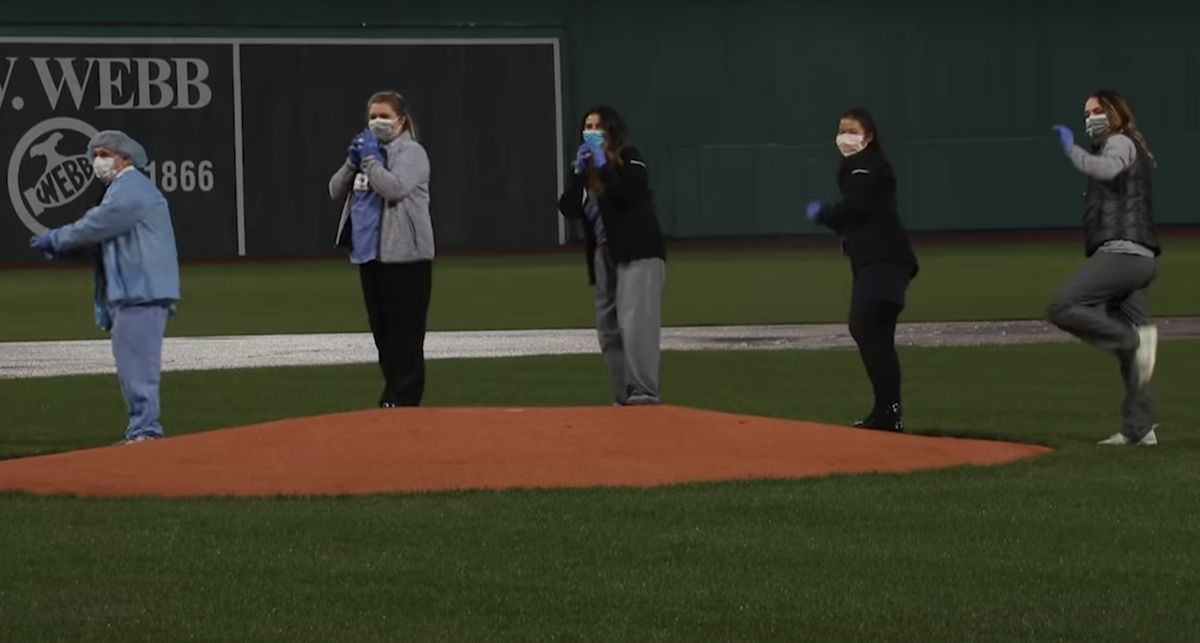 Then came an unexpected bonus. The Red Sox announced they’re giving the hospital four tickets… for life. When this fight ends, the team at Beth Israel will be able to go a game whenever they want. An on top of that, AT&T said they will give all of their customers who are doctors and nurses three free months on their plans.

Every arena, ballpark, and stadium around the country might be closed. But there’s still plenty to cheer about.