The first episode of John Krasinski‘s COVID-19 inspired webseries Some Good News made us feel better about the world even though the world is pretty scary right now. But it’s still scary, so he returned with another installment. But this time he didn’t just report on positive stories. He helped create one for a young girl whose grand plans for her ninth birthday were canceled due to coronavirus. And to do that, Krasinski enlisted Emily Blunt, her Mary Poppins Returns co-star Lin-Manuel Miranda, and the original Broadway cast of Hamilton.

This week’s Some Good News came with a new fan-made intro song and local “affiliates” from around the globe. It also featured plenty of truly inspiring reports. They included the worldwide response to restocking medical supplies for those working the front lines in hospitals, homemade mask making, teachers going above and beyond to help their students, and the ways people are making being stuck at home special for their loved ones.

And thanks to the National Football League’s New England Patriots helping to deliver over one million masks combined to New England and New York, we got to hear John Krasinski’s great Boston accent again. And, of course, home-schooling is responsible for the image of him drinking a glass of win the size of his head. 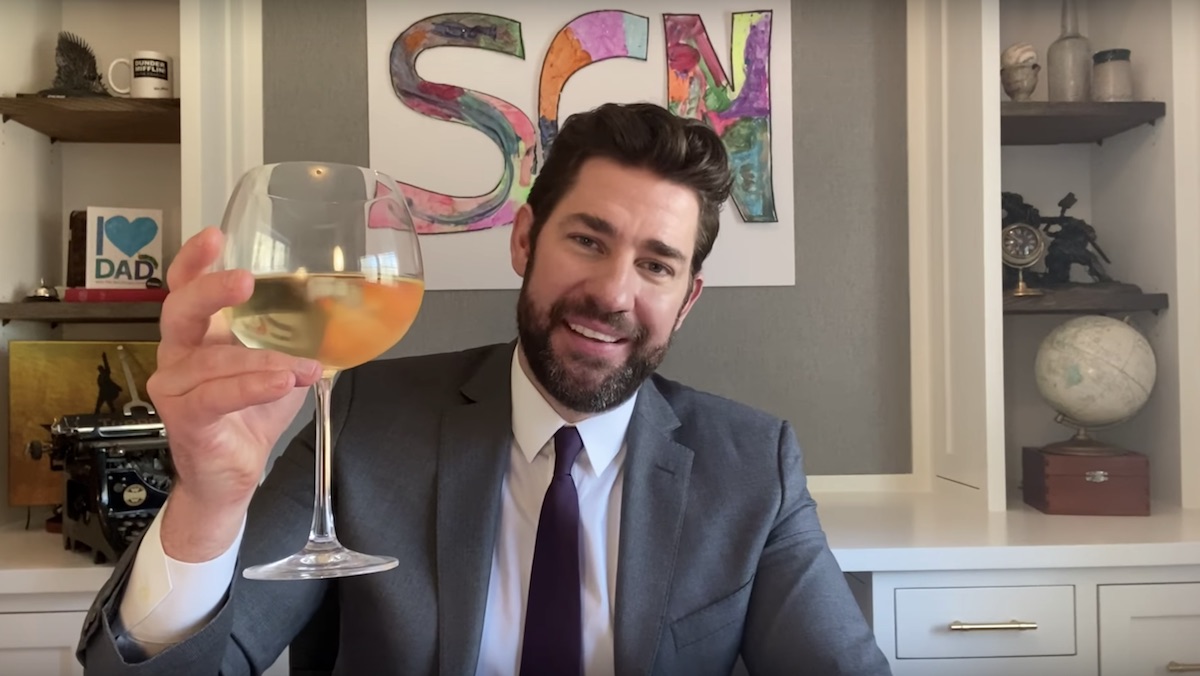 But forget reporting on uplifting stories. Krasinski also made some good news. He interviewed a young girl named Aubrey, who couldn’t see Hamilton on her ninth birthday last week. Instead, she stayed home and watched Mary Poppins Returns. So Emily Blunt, who is stuck in the same house as her good news reporter husband, came on to talk to Aubrey, too. But then Lin-Manuel Miranda “Zoom-bombed” them. And he brought the entire original Broadway cast of Hamilton with him (remotely). They sang the opening song, “Alexander Hamilton,” to an overwhelmed Aubrey.

They also sang for all of us who feel overwhelmed these days.

But don’t despair even when the Hamilton cast isn’t around to serenade us. As John Krasinski keeps reminding us, there’s still lots of good news out there too. And wine.