It’s been more than two years since Carrie Fisher passed away, but that hasn’t stopped Star Wars fans from continuing to mourn and celebrate their beloved General Leia Organa. The anniversary of her passing saw a flood of memorials dedicated to the late writer and actress, from her co-star Mark Hamill to her beloved daughter Billie Lourd, who posted an Instagram video of her singing and playing the piano to Nico’s “These Days,” one of her mother’s favorite songs. It’s hard when anniversaries like these come around, another reminder that Fisher is really gone. But then of course, in the immortal words of Luke Skywalker, “No one’s ever really gone.” 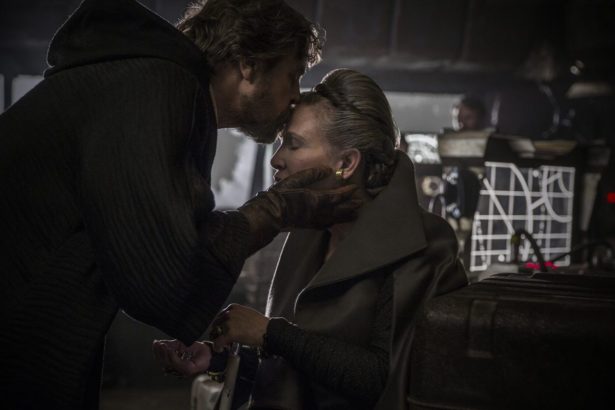 That sentiment is truer than ever for the upcoming Star Wars: Episode IX, where Fisher will make one final onscreen appearance as Leia. According to Carrie’s brother, Todd Fisher, there’s no need to worry about how her posthumous inclusion in the film will work.â€œThereâ€™s a lot of minutes of footage. I donâ€™t mean just outtakes,â€ Todd recently told Good Morning America. â€œThis is unused, new content that could be woven into the storyline. Thatâ€™s whatâ€™s going to give everybody such a great kick. Itâ€™s going to look like it was meant to be. Like it was shot yesterday.â€This tracks with earlier reports that Episode IX director J.J. Abrams would splice unused footage he filmed with Carrie during The Force Awakens into the new film. Todd’s “many minutes” comment seems to indicate that her role will be minor, but hopefully still impactful.

In addition to new Leia footage, Todd also hinted that we can expect even more new Carrie material in the years to come. â€œWe have a lot of her artifacts, and a lot of things of hers that sheâ€™s written that will someday be shared,â€ he told GMA. Does that mean another novel or nonfiction book could be on the way?We’re happy to see Carrie’s legacy move forward, and can’t wait to see this new footage when the still-untitled Star Wars: Episode IX hits theaters December 20.