Jason Momoa and Dave Bautista have big on-screen presences. It’s probably why we’re used to seeing the pair in giant action films—both of the superhero genre and otherwise. But, thanks to interviews and social media—and occasionally in film—we know they’re both incredibly charming and funny. And apparently, they’re looking to bring that to their next roles by collaborating on a buddy cop film.

It all started last week with a tweet from Bautista. Just tossing the idea out into the universe, he shared that he wanted to make a Lethal Weapon-style buddy cop film with Momoa.  He even suggested Deadpool 2 director David Leitch to helm the project. Now, according to Momoa, they’re “off to the races” working on it.

Jason Momoa chatted with James Corden about the rapidly-developing project during a recent visit to The Late Late Show. (We first saw this at The Hollywood Reporter.) While the actor isn’t on Twitter, he revealed that Bautista also texted him with his grand idea. The actors have worked together twice in the last few years. First, they’ll face off in season two of the Apple TV+ series See, where they play very estranged brothers. And later this year, they’ll reunite for the very highly-anticipated Dune. Apparently, they hit it off so much they’re eagerly looking to collaborate again. Momoa told Corden that Bautista suggested they set it in Hawaii, adding that he already has an idea. 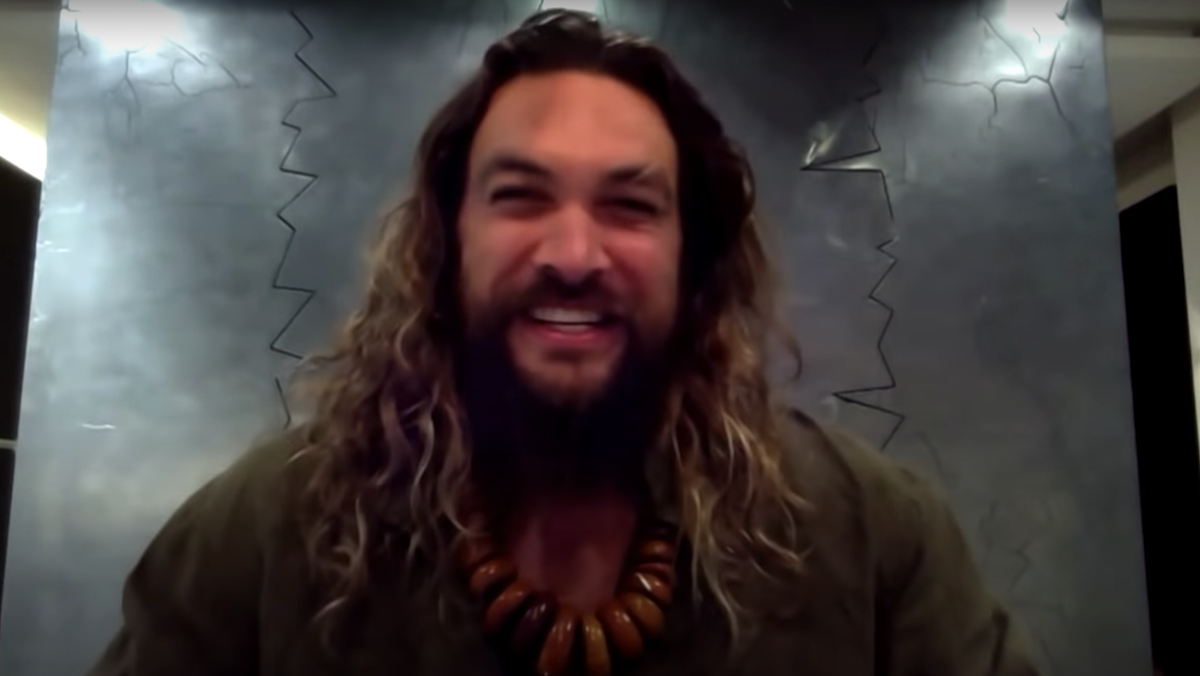 Say no more. But for the skeptics unconvinced they can get the film financed, worry not. Momoa has all the bases covered. As he told Corden, “It sells itself, bro. Dave loves wearing Speedos. I love wearing board shorts. And both of us with our shirts off. Buddy cop film. He’ll be grumpy, and I’ll be charming. Boom. It sells itself, bro. I got the hair. He doesn’t have hair. We cover all the demographics.”

I mean, fair enough. This truly sells itself. Jason Momoa plus Dave Bautista does sound like a winning strategy. Meanwhile, we’re eagerly awaiting more news from this exciting potential endeavor. Hopefully, we’ll hear more very soon. Until then, we’ll look forward to their next projects together.